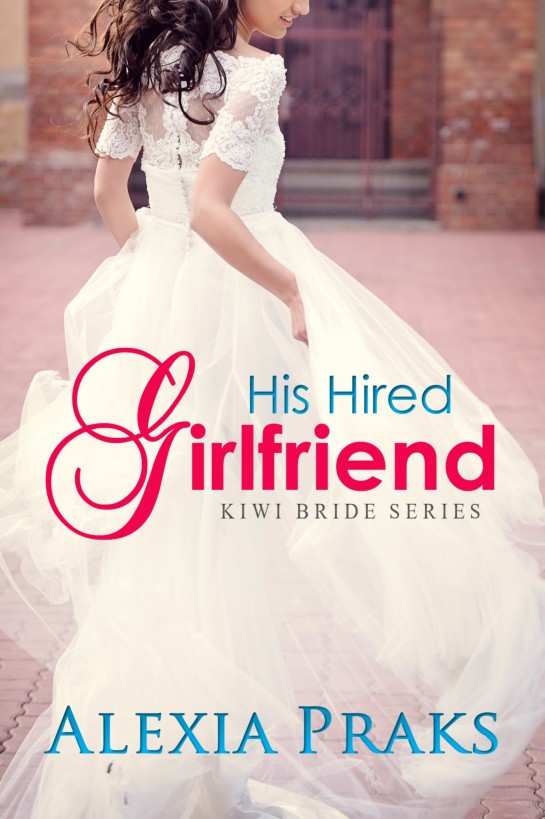 This is a work of fiction.
Names, characters, places, and incidents either are the product of
the author’s imagination or are used fictitiously, and any
resemblance to actual persons, living or dead, business
establishments, events, or locales is entirely
coincidental.

All rights reserved. This
book was self-published by the author Alexia Praks under Prachan
Press. No part of this book may be reproduced, scanned, or
distributed in any printed or electronic form without agreement and
written permission of the author. Please do not participate in or
encourage piracy of copyrighted materials in violation of the
author’s rights. Purchase only authorized editions.

The author can be reached at:
www.alexiapraks.com

Shocked to the
core,
Jayden wonders if this
is what it’d feel like at that vital moment when you realize you
just might die. The world stops, or perhaps time, the world, and
everything in it ceases to have meaning for him.

The richness of the Sheraton’s Ambassador Suite surrounds
him as it had for the last three days, but he sees none of it. The
Victorian-style decor, the luxurious furnishings, and the majestic
views of Hyde Park and Sydney Harbor all fade from sight. The air,
once heady with the scent of fresh roses and vanilla, now stinks of
betrayal. He feels a queasy sickness in the pit of his stomach as
the bouquet of perfect red roses slips from his grasp and scatters
across the plush Persian carpet.

He watches, unable to tear
his gaze away.

On the king-sized four-poster bed, two sweat-soaked naked
bodies writhe in ecstasy—intertwining, touching, and heaving with
exertion. As he stands transfixed, a female face swims into focus.
It’s Sarah Taylor; her long blond hair in wild disarray, her face
flushes with passion, and her head presses into the shoulder of her
bedmate. Her eyes flash open, and she gasps, pushing the man
aside.

“
Jayden, you’re back!” she
shouts, her voice a heavy mix of shock, fear, and anger.

Jayden glances at the man
who’s disentangling himself from the embrace of Sarah’s long,
tanned legs. Kyle Shore, a man he treats like a brother, looks like
the proverbial cat with the cream, a smug and knowing smile playing
across his face.

Hurt, betrayal, disgust—
empty words for the emotions churning within him—twisting
and burning, a white-hot pain inside. Violence and agony surge
through his trembling muscles as a million questions fill the air
like a flock of frightened birds.

Why are you doing this? When did it start? What did I do
wrong? Why Kyle?
Why?
Why?

His hand clenches the door
handle, his knuckles white, his face a mask of confusion and
anger.

“
Happy anniversary, Sarah,” he says, his voice lost in the
boom of the door slamming shut.

The Blackberry
clatters carelessly across the glass surface of the coffee table.
Jayden swears under his breath, his long, lean fingers raking
through his thick, blond hair in frustration. What the hell is he
supposed to do now? This is supposed to be his holiday, and a
holiday is supposed to be stress-free. No work. No family. Just
peace and relaxation.

No work? Yeah, right! As a self-confessed workaholic, it’s
unsurprising now that his five out of eight companies have recently
been floating in the international market, hitting the
multibillion-dollar level on the way. That kind of money needs
looking after, nurturing and feeding. Still, he loves the job, even
more so now that he doesn’t need to be in the office twenty-four
seven. He can simply flick an e-mail from wherever he is, whether
in a hotel room in some lush French wine valley, a Hong Kong
restaurant, or even his own bed! Whenever, wherever he is, his
people can handle everything he throws at them.

Sadly, the current focus of his stress is his family—more
specifically, his grandmother. His mother, Gracie, married to his
father, Tom McCartney, for thirty-five years, insisted he bring his
current girlfriend to attend his sister Kelly’s upcoming wedding in
order to meet the whole family for the first time. Tom’s mother,
Elizabeth, known to them as Granny Beth, had agreed to this with
the reminder that it’s high time his girlfriend is measured
against
her
criteria of what makes a suitable
granddaughter-in-law.

As he gazes out at the
snow-covered mountains standing stately around the clear, cold
azure waters of Lake Wakatipu, Jayden draws up a mental checklist
of those criteria.

If at all
possible, Granny Beth added, it should be in that particular
order.

Jay steps back from the open window and sits down on the
leather sofa. He takes a deep, calming breath. The fresh,
apple-crisp air that seems so unique to Queenstown fills the room
with a delicious coolness. The echoes of that damned phone call,
however, have already destroyed any peace of mind he might expect
from this trip. There seems to be no solution. He can’t beg Sarah
to go and pretend nothing has happened, that he hadn’t caught her
with his best friend. Even the unspoken presence of her name in his
mind causes a crippling ache in his chest.

Should he have seen it
coming? Were the clues just lying all around them, waiting for him
to pick them up in the earlier stage of their loving
relationship?

Loving!
It’s such a
stupid word, ringing hollow in his ears. He can’t shut out that
scene that night in Sydney three weeks ago. The pain is still
sharp, piercing him in the lonely hours.

He shuts his eyes, and his mind fills once again with the
smoothness of her skin, the curves of her naked buttocks, and the
tiny moan escaping her lips as Kyle Shore moved over her. She had
been beautiful even in that moment, but that beauty is tainted now.
When he tries to picture her face, it’s as if a shadow lies across
it. God, it seems like such a cliché—
his best friend and his girlfriend!
Yet, he would never have bet on such a
possibility, especially as they seemed so different and that there
appeared to be so much hate between them. Perhaps that’s it. He
only saw what they
wanted
him to see.
Perhaps even bursting in on them in Sydney has been part of a
larger plan. Either way, Jay knew in that instant that the
relationship was over.

In the days that followed, he told her no future existed
for them. Oh, how she begged him to forgive her, to take her back,
and that it was not what it looked like.

“
Not what it looked like!”
he shouted at her, his face contorted with rage and regret.
“You were screwing him!” And he told her, “I don’t know what is
worse, your betrayal or his,” before refusing to listen to any more
of her lies. He told her to get the hell out of his life, and she
did go, telling him that she had never loved him by way of a
parting shot.

Further days of binge drinking had not brought the expected
oblivion. Then one night, nursing a beer in a nameless yet
expensive bar, Peter Thompson, a good friend from New Zealand, or
Godzone, as they call it in those parts, put a strong hand on his
shoulder and told him, “She’s gone. Let it go, man. Plenty more
fishes in the sea.”

He laughed when Peter suggested flying halfway around the
world to indulge in some
interesting
and
somewhat suicidal sports. He agreed because he felt the need to do
something—
anything
—and suicide
by itself was not an option. Besides, even in the bleakest moments,
he felt that there was much more for him in this life.

So he flew with Peter to Queenstown, the adventure capital
of New Zealand, if not the world, and threw himself off bridges,
out of airplanes, and into raging rivers. Once they even strapped
on skis and jumped out of a helicopter over the high, snowbound
southern mountains. He hadn’t killed himself, wouldn’t have counted
as suicide anyway, and the combination of exhilaration and
exhaustion had driven away any thoughts of Sarah or Kyle—for a
little while at least. He knew the healing process would take far
longer, and that he found a little peace here in this isolated
place.

Now Beth asked him to bring his girlfriend to Kelly’s
wedding. If he didn’t bring Sarah, they will want to know what
happened, in excruciating detail naturally, and they will start
matchmaking again—a thought that brings a shudder to his
core.

Jay rests his head back and lets his mind wander. He can
just see it all now. Gracie and Beth bringing in a hundred or so
eligible bachelorettes for dinner, tea parties, and balls. Him
swamped with faceless, beautiful women.

He springs from the sofa,
pacing back and forward, agitated. Good grief! What he needs is a
plan.

He pauses. Somebody is
whistling in the corridor. Has Peter returned from his morning
jog?

He rushes across the living room and sees the man he needs
most at this time of crisis. He grabs Peter by the collar and hauls
him in.

“
I just got a call from
Gracie and Beth,” Jay mutters.

Jay glances at his friend he first met at Harvard
University. “They’re at it again,” he says, annoyance clear in his
tone.

“
What, matchmaking?” Pete chuckles. This is hardly a new
situation.

“
Jesus man, it’s not
bloody funny! What the hell am I going to do?”

“
I suppose they are getting worried. You are thirty. Not
getting any younger, bro,” Peter says, heading to the refrigerator
in the kitchen. He opens the door and roots around among the
various brands searching for a bottle of Heineken. “Want one?” he
asks over his shoulder.

Peter takes two out and
tosses one to Jay.

Six bottles of Heineken,
two packs of Blue Bird chips, and four packets of Giant Cookies
later, they are still contemplating the dilemma at hand.