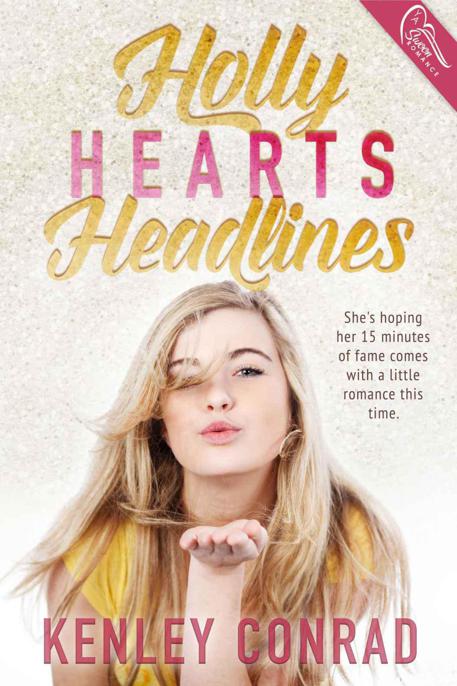 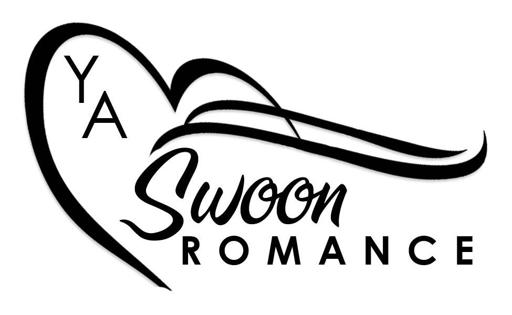 All rights reserved. Published in the United States of America by Swoon Romance. Swoon Romance and its related logo are registered trademarks of Georgia McBride Media Group, LLC.

Cover designed by Paper and Sage

For Phillip: Here’s to our next great adventure.

My Google search for “birthday gift ideas for secret, celebrity, millionaire boyfriend” turned up zero results. I’m so screwed. I know his birthday is a few weeks away and I should have plenty of time but my boyfriend is not a normal boy. He keeps a Grammy award in his bathroom for crying out loud. It screams, “I’m so successful that I’ve run out of places for my awards. Please admire my trophy while you relieve yourself.”

Every time Grayson says, “That’s a cool shirt” or “I need a new pair of jeans,” I immediately make a mental note to buy it for his birthday. But he always ends up buying it for himself later. It’s cruel. And I just know that Lacey, in a twisted attempt to one-up me, is going to buy him some extravagant gift like a Ferrari or something. I know she’s mad at me, I mean who could blame her? I
did
steal her boyfriend and completely destroy her trust AND ruin a close friendship. Does that make me a bad feminist?

But it’s been weeks now. I thought she’d eventually understand and forgive me, but if anything, she wants even
less
to do with me than before. To be honest, I’ve never felt more alone than I do right now. Mom’s new boyfriend, Sloane, takes up all her free time doing God knows what in her bedroom.

Oh wait. Why didn’t I realize
that’s
what they’re doing? I’m a teenage girl with raging hormones, shouldn’t sex be always on my mind, or whatever? Then again, as I’ve never had sex it can only be on my mind for so long. It’s not like I have a point of reference or memory, unless you count imagining rendezvous with Ryan Gosling during long sessions with my shower head as sexual memories.

Anyway, where was I? Oh yeah, I never hear from Amanda or Meredith anymore. I think the distance between us is really affecting us. I mean, I should’ve known that moving to Hollywood and living a double life would eventually affect my old friendships, but I just didn’t realize that it would happen so soon.

Two months ago, the highlight of my life was the anticipation of waiting for the new season of
Orange is the New Black.
Little did I know that record executives in LA were watching the videos of my singing that I posted on YouTube. When they asked me to come out here, I thought for sure I was going to get a record deal, and I was half right. It is just my luck that they were only interested in my voice. They didn’t think that a girl like me (overweight and with hopeless, limp, hay-blond hair) could be a successful singer so they hired a thin, beautiful girl named Lacey to be the “face” of my voice. They wanted to create a perfect pop-star, and it looks like they’ve succeeded.

Now I’m living this secret life. My voice is the one selling records, but no one knows. I even have a secret boyfriend for heaven’s sake. And yeah, I probably shouldn’t have gone behind Lacey’s back and confessed my feelings to Grayson Frost, international pop star. I mean, yeah he was her boyfriend, but he was only her boyfriend for publicity, so that doesn’t really count, does it? So now Grayson and I date in secret, and he has to publically “date” Lacey so that they’ll sell tickets to their tour. Suffice it to say, Lacey isn’t talking to me anymore. At this point, Serena is officially my only friend, but she’s been MIA lately as she’s recording her latest album. Thankfully, she just finished it, and there’s a huge party tonight to celebrate.

Grayson is an amazing friend and support system, but Manuel is keeping him busy as he prepares for the tour, which launches in a month. Even then, when we can see each other, we can’t go out or else the public will know that his relationship with Lacey is a sham.

AND
THEN, because life can’t be easy, college acceptance letters will be arriving in just a few weeks. I don’t have time to think about higher education. I’m too busy trying to figure out how to:

3.      Spend time with my boyfriend, who also happens to be on People’s most beautiful list this year.

Ivy just strolled in like she always does. She seems to be allergic to knocking on doors.

“I’m bored,” she declared and flung herself on my bed.

“Go hang out with your friends,” I said unenthusiastically. I was leaning over my mirror trying to get a strip of fake lashes to stick to my lid. Lacey used to apply my fake lashes for me, and it turns out fake lashes are really hard to put on. Pro tip: don’t apply too much eyelash glue or else when you try to take them off you’ll experience pain like you’ve never felt before.

“They’re all busy.” Ivy stuck out her lower lip in a dramatic pout. “I probably should get a hobby or something.”

I looked back at Ivy in the mirror. If you focus, you can see the sisterly resemblance between us. Although she does look like a skinny, early 2000’s
Disney
channel version of me. Ivy thinks she’s going to singlehandedly bring platform sneakers back.

“Are there clubs at your school? Maybe you should join one,” I suggested.

Ivy’s eyes lit up. “Yeah! The boys in the Young Republican club are super cute.”

Ivy rolled her eyes. “Who cares? It’s not like Sloane is an amazing boyfriend.”

Ivy can’t stand Sloane, mainly because of his long hair. Ivy believes that Brad Pitt is the only man allowed to have long hair.

Ivy stood up and straightened the legs of her acid-wash jeans. “Whatever, I’ll just join the fashion club or something. Girls at my school do
not
know how to dress.”

Serena came in just as Ivy was leaving. “When will you learn that fake lashes and your coordination skills don’t mix?”

I peeled off the lopsided lashes. “I don’t know. I guess I’m stubborn.”

Serena was wearing an amazing, full-length chiffon gown in a beautiful coral that looked stunning against her dark skin. She usually wears wild and crazy stuff, but in that dress, she looked like a pop-punk princess.

“You look amazing!” I told her.

“Thanks. I’m so nervous about the album,” she stammered. “What if people don’t like it? It is so different from my other stuff.”

“It’s great; people will love it.” That was a total lie, as I’ve never heard any of the tracks yet, but Serena was so worked up she never even noticed.

Serena helped me then with my lashes and managed to make my rat nest hair look decent. My life feels like a teen makeover movie sometimes.

Just once, I should like to be able to go to a party and have
no
negative experiences. I mean really, is that too much to ask? Every party ends up being some kind of dramatic, game-changing event. All I want to do is drink Diet Coke and dance all night. But no, once again, I am hiding in the bathroom and wishing I were dead.

Serena’s party is in a beautiful and trendy new nightclub called Vamp that is surprisingly fancy for a place that is trying for a “goth” look. I guess the definition of Hollywood goth means that all the décor is black and the bartenders wear black lipstick.

Everything started out great, I mean it usually does. Serena and I were dancing and guzzling virgin piña coladas when it happened. Now, Serena and I like to dance like lunatics. We are always trying to outdo one another with new and crazy dance moves. So, I was trying out a new hybrid of twerking that I’ve been practicing when I suddenly felt my huge butt collide with someone and knock them to the floor. I whirled around to apologize, just to see that it was Lacey sprawled across the floor.

The heel of her Louboutin was broken and her sequin mini-dress was pulled up around her hips. She stared at me open-mouthed. “Holly,” she sputtered. “Do you think you can put a ‘caution: wide load’ sign on your ass so you can warn the rest of us?”

And then something in me snapped. I felt my temper unleash itself like Bruce Banner turning into the Hulk. I was Godzilla emerging from the ocean to wage war on Tokyo. I was a Sharknado. I was a woman on a rampage, and I did the first thing that came to my mind: I dumped the virgin piña colada over her head.

She squealed like the Wicked Witch of the West when Dorothy melted her. I felt like the heroine of a teenage romantic comedy. I was like Rachael Leigh Cook in
She’s All That
or Julia Stiles in
10 Things I Hate About You
. I felt very proud of myself … for about thirty seconds.

“Lacey, what the hell … ” Grayson shouted over the thumping bass. He looked at me, his eyes widened as he took in my empty piña colada glass and the iced beverage congealing in Lacey’s platinum blond hair. “Holly, what did you do?” he asked quietly, his eyes wide with surprise.

“I’m sorry, I don’t know what came over me,” I said dumbly. The adrenaline was dying fast, and my courage was shrinking faster than the ego of a rejected frat boy.

Grayson helped Lacey to her feet, which wasn’t easy since her six-inch heel had broken off, and she was sitting in a pond of frozen tropical drink. She stood up with the grace of a newborn deer. Grayson gave me a look that said, “I’ll deal with you later,” and then they left.