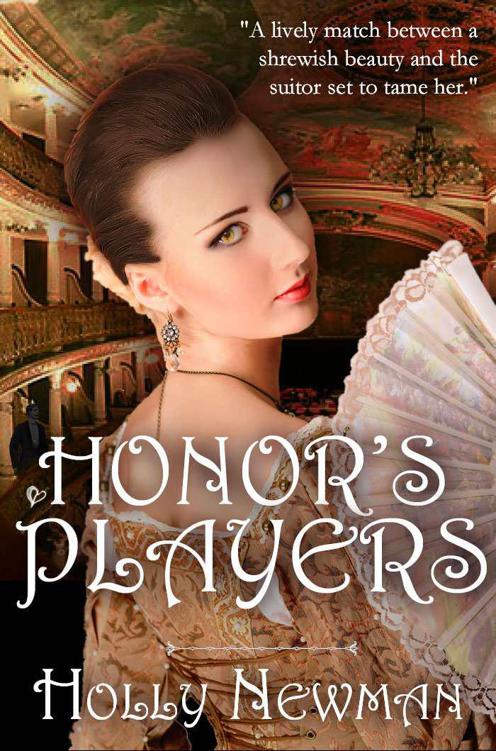 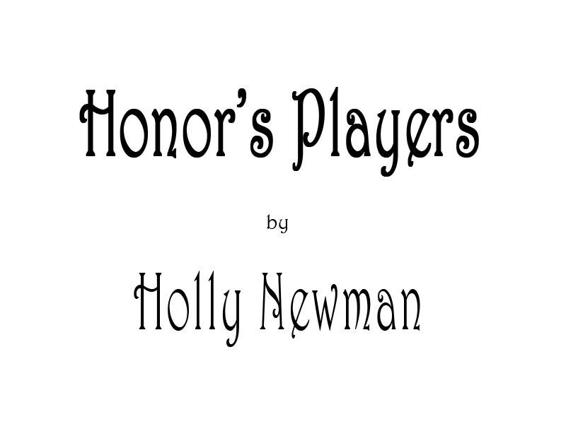 Your honor’s players, hearing your amendment,
Are come to play a pleasant comedy:
For so your doctors hold it very meet,
Seeing too much sadness hath congealed your blood,
And melancholy is the nurse of frenzy:
Therefore they thought it good you hear a play
And frame your mind to mirth and merriment,
Which bars a thousand harms and lengthens life.

—Act 1, Scene 2
The Taming of the Shrew
, William Shakespeare

The Honorable Viscount St. Ryne was in a foul mood. As he crossed the sidewalk to ascend the steps before his club in St. James’s, he glared balefully at fellow members seated at their leisure by the bow window embrasure overlooking the entrance, deriving cynical enjoyment from the unwritten rule dictated by Beau Brummell during his heyday that no member may recognize anyone walking in the street below. On entering he barely nodded to the porter, surprising that worthy for the Viscount could always be counted upon for good word. Of course it had been nigh on a year by his reckoning since his lordship had last crossed that threshold, he conceded as he consigned his lordship’s high-crowned beaver and greatcoat to a waiting footman. He shook his head sadly as he watched St. Ryne mount the stairs. In his experience dealing with the town bucks that frequented the club, such pronounced change in a gentleman could only be engendered by one of two things, money or a woman. He wondered what his lordship’s particular demon was.

St. Ryne continued up the stairs, oblivious to the speculation he aroused. Attaining the first floor landing, he started for the book room with long purposeful strides, checked, then swung back toward the card room. After ordering a bottle of port from a hovering waiter, he sank into a winged armchair in the far corner away from the general activity. Crossing one gleaming Hessian boot across the other, he leaned back in the chair and surveyed his surroundings. A few who chanced to see him raised a hand in greeting and would have come to his side had he deigned to recognize them. His thoughts were black and turned inward, and it was sometime before he could even assimilate his own presence in his favorite haunt.

He was still scowling when some moments later the waiter returned with his requested bottle of port and a cut crystal wineglass on a silver salver. An absent flick of his wrist dismissed the waiter as St. Ryne stared broodingly about the room, slowly willing the sharp claws of depression to release their hold. Though he had been away for nearly a year, nothing seemed to have changed. He wondered why he’d thought it would. Twirling the stem of his goblet idly between long, well-manicured fingers, he noted Farley in attendance with a new lamb for the fleecing and old Mannion already in his cups. His lips curling, St. Ryne silently saluted the latter with his wineglass. Sardonically, he thought in a short time he would be joining that worshiper of Bacchus. After the scene he had been through that day, it would be a blessed release. The Countess of Seaverness was a strong-willed woman; however, so was her son, a fact the Countess continually failed to understand. He acknowledged that his mother’s position as eldest in a numerous family had predisposed her to a domineering manner; however, he’d be damned if he was going to dance merrily to her piping. At thirty he was conscious of what was due his position despite his mother’s fears to the contrary.

St. Ryne shook his head, causing one dark lock to fall and curl across his brow. Taking a sip of port, he continued his perusal of the room. His brooding frown lifted slightly when he spied Freddy Shiperton. Freddy was a sad rattle yet just the sort to divert his mind. The Viscount’s frown descended again momentarily when he noted his companions. Freddy was in attendance with Carlton Tretherford, a veritable old rug merchant to St. Ryne’s mind, and Sir James Rudger Branstoke. St. Ryne did not know Branstoke all that well, though the man’s airs were decidedly too languid, certainly at odds with his Corinthian appearance. Those two men were not good company for Freddy, and it appeared they were embroiled in some altercation. Odd, for Freddy was one of the most likeable young bucks in town, hardly one for any disagreement. St. Ryne had known him all his life for their family estates in Wiltshire marched upon one another.

From his shadowed corner the Viscount watched them for a bit. Finally his curiosity overcame him, and he rose to saunter over to the mismatched party.

“No sense cutting each other up over La Belle Helene if none of us has access to her,” Freddy was saying affably, rocking back on his heels. Ever the town tulip, he was resplendent in yellow pantaloons and bottle-green coat, his guinea-gold hair waved back off his narrow countenance.

Branstoke sighed. “Well, we must work together to effect one thing in all events,” he said, removing a small gold-enameled snuffbox from his vest pocket, flicking it open with a practiced one-handed motion and delicately taking a pinch of its contents.

“What’s that?” Tretherford asked querulously, his ruddy face beginning to take on a choleric hue as the Viscount joined the group.

“Well met, Freddy,” St. Ryne said smiling warmly in return, at last banishing the black thundercloud that had so captured his features. Freddy was just the nostrum needed to restore his spirits. He turned to Freddy’s companions, inclining his head slightly. “Servant, Tretherford, Branstoke.”

“When did you return, St. Ryne? I heard you were in the Caribbean somewhere,” Branstoke drawled as he gave St. Ryne two fingers.

“I was, in Jamaica to be exact. Been in the country a sennight.”

“Drove in this afternoon. But excuse the, I. hope I am not interrupting a private conversation?” he asked, his eyebrows arching quizzically.

“Nonsense,” Freddy assured, still grinning. “We were merely bemoaning a common problem.” He shook his head dolefully, leaning his lanky body against an empty green baize table, crossing his ankles.

“Oh?” St. Ryne inquired politely as he looked around the small group.

“You’ve been away a bit, so daresay you’ve never met Lord George Monweithe, the Earl of Rasthough. He lived pretty much in the country until last season.”

“Monweithe—Monweithe, the name’s familiar. I believe he’s an old hunting crony of my father’s. Has a place out in Devon, I think.”

“Ay! That’s the one,” Freddy said eagerly, straightening up. “He also has an angel personified for a daughter, La Belle Helene.”

“The sweetest, gentlest lady one could ever hope to meet,” Freddy went on, sighing.

“And one of Lucifer’s angels for an eldest daughter,” Branstoke observed drily.

“Indeed?” St. Ryne said, raising his wineglass to his lips.

“Yes. And old Monweithe has decreed no one may court Helene until Elizabeth, the elder, is wed,” Freddy moaned, his face falling.

Thinking at once of
The Taming of the Shrew
, one of the few Shakespearean plays he had enjoyed, St. Ryne was intrigued. He cocked an eyebrow and said, “I didn’t realize Monweithe was of a theatrical bent.”

“What? No, he ain’t, sporting man, rides to the hounds,” Tretherford said irritably, raking a knobby hand through his stringy hair. He turned to eye Branstoke. “You was saying we should do something and you had an idea. I’d like to hear it,” he said, shifting from one foot to the other.

Branstoke regarded Tretherford’s hopeful visage through hooded eyes, a sneering smile curling his thin lips. “It’s very simple, my good man. We need to find a husband for her sister.”

“Bah, I thought you had an idea,” Tretherford scoffed, his hopes dashed. He turned to stump back and forth between the tables. “What we’d need is a devil. Monweithe may be rolling in the ready and given her a handsome dowry, but I ask you, is any man fool enough to be married to Hell?”

Branstoke shrugged. “We may not be, but there are gentlemen around who would take her with all her faults for a dowry like that at her back.”

Tretherford snorted. “I’d as lief take her dowry with the condition I be horsewhipped every day!”

St. Ryne, who had been listening to the conversation as he sipped his wine, took a sharp intake of breath at hearing Tretherford’s comment and started to choke.
The Taming of the Shrew
complete to the characters and lines! It was outside of enough for the Earl of Rasthough to set his daughters up as Katharine and Bianca, but to hear Tretherford and Branstoke mouth words akin to Gremio and Hortensio was outside of enough!

Freddy thumped him heartily on the back. “Easy, Justin ol’ boy.”

Branstoke appeared mildly amused and looked speculatively at St. Ryne as he brushed a speck of lint from his coat of blue superfine.

“Thank you, Freddy. I’m all right now. I merely was reminded of a line from Shakespeare.”

“Shakespeare! In the middle of the afternoon?” Tretherford exclaimed sourly. “I always said too much sun was harmful.”

Freddy sputtered indignantly at the implied slur; however, St. Ryne laid a staying hand on his friend’s arm and laughed thinly. Inwardly he seethed, wondering at the vagaries of society that permitted such nodcocks as Tretherford to retain their place in the Bon Ton over a person whose hands may have been dirtied by trade but who bore better social graces.

“You may be right, perhaps my brain is still a bit addled from the hot Jamaican sun. One can only hope the fresh air of England may bring me to my senses,” he conceded, bowing slightly to Tretherford. “Come Freddy, join me in a hand. If you gentlemen would excuse us—” He took Freddy’s arm to lead him away.

“Justin, how can you swallow Tretherford’s insult? I’d have called him out in an instant!”

“And after you had killed the noddy, you would be forced to flee the country and live in exile. No thank you, Freddy. I have just spent a year out of England and am devilishly glad to have returned.”

To Reign in Hell: The Exile of Khan Noonien Singh by Greg Cox
Blue Like Elvis by Diane Moody
Resistance: A Prepper's War by Knights, BJ
The Hellfire Club by Peter Straub
Bollywood and the Beast (Bollywood Confidential) by Snyder, Suleikha
Marrying the Northbridge Nanny by Victoria Pade
Middlemarch by George Eliot
The Girl Who Fell From the Sky by Simon Mawer
Essays from the Nick of Time by Mark Slouka
Racetrack Romance BOX SET (Books 1-3) by Pettersen, Bev