Tags: #Category, #It Takes A Hero 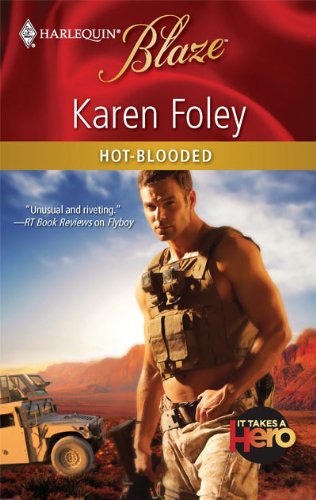 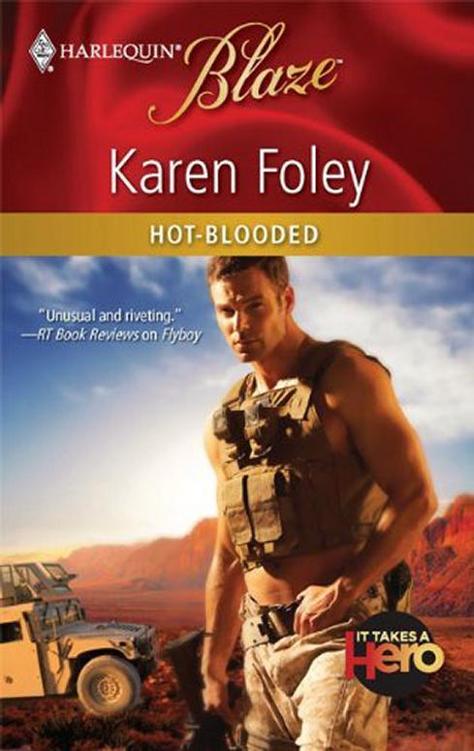 “You’ve no regrets, then?”
Elena raised herself on her elbow to look at Chase. He lay against the pillows like a big, sleek cat. “I have absolutely no regrets. You’ve actually fulfilled a lifelong fantasy of mine.”

He chuckled. “In that case, do you have any other fantasies you’d like me to fulfill? I’m here to serve.”

“As a matter of fact…” she murmured, tracing his lower lip with her thumb, “there are a few more I’d like to explore.”

Chase’s eyes sharpened on her with interest. “Oh, yeah? Tell me.”

Elena bit her lip, then leaned forward and whispered softly in his ear.

“Oh, God,” Chase said with a soft groan, pulling her down so that she lay sprawled across him, her breasts flattened against his chest. “We have about five hours before dawn. I may die trying to do all those things, but I promise you, I’m going to go out a very happy man….”

I was so excited when my editor proposed the It Takes a Hero series. What could be better than a story that involves a tough, capable, totally hot guy in a uniform? Especially when he’s willing to put everything—including his heart and his life—on the line?

My day job with the Department of Defense provides me with some unique opportunities to work alongside our men and women in uniform, including those who take voluntary deployments to Iraq and Afghanistan. While I’ve never found the courage to do this myself, several of my female colleagues have done so. For the most part, these women have been assigned to the larger bases with nice living quarters, fitness centers, etc. But I couldn’t help thinking…what would happen if a woman suddenly found herself in a remote outpost that contained none of these amenities? What if she had to depend on a tough, capable, irresistibly sexy guy for everything? And what if he found himself tempted to throw protocol and training out the window in order to meet her
every
need?

I hope you enjoy Chase and Elena’s story…and that it meets
your
every reading need.

ABOUT THE AUTHOR
Karen Foley is an incurable romantic. When she’s not watching romantic movies, she’s writing sexy romances with strong heroes and happy endings. She lives in Massachusetts with her husband and two daughters, and enjoys hearing from her readers. You can find out more about her by visiting www.karenefoley.com.
Books by Karen Foley
HARLEQUIN BLAZE
353—FLYBOY

For my friends and colleagues, Storme, Greta, Kelly, and Gladys—the fearless women who have volunteered to serve and sacrifice. You are amazing. Thank you for your support!
Contents
Prologue
Chapter 1
Chapter 2
Chapter 3
Chapter 4
Chapter 5
Chapter 6
Chapter 7
Chapter 8
Chapter 9
Chapter 10
Chapter 11
Chapter 12
Chapter 13
Chapter 14
Epilogue
Prologue
Anbar Province, Iraq
T
HE SPIT
of machine-gun fire and the acrid stench of burning oil and scorched metal filled the air. First Sergeant Chase McCormick surveyed the battle through a pair of high-optic binoculars from his perch atop an armored Humvee. He and his special ops team had just extracted a pair of Marine snipers from a site twenty miles away when they’d received reports of a large U.S. supply convoy traveling through the dangerous Anbar province. They’d immediately made a detour to intercept the convoy and escort them through the region, but they’d arrived too late.
Insurgents, hidden in an orchard on one side of the dusty road and in a crudely dug trench on the other, had attacked the convoy, which was now taking heavy fire from both sides. Chase had to give the truck drivers credit; along with their security detail, they were some tough sons of bitches and were holding their own.

Despite the fact the insurgents had managed to destroy two Humvees and the lead supply truck, their small-arms fire was mostly inaccurate and ineffectual. Chase had seen enough combat to know that this battle would be over shortly, but the entire scenario had him pissed off on a level so deep that he had to shut that part of himself down or risk losing his focus on the immediate mission.

While Al-Qaeda had, for the most part, been neutralized in the Anbar province, there were still pockets of rebellion and several attacks on the U.S. troops had occurred in recent weeks. Chase had received intel reports that the insurgents were hiding twenty miles to the north, where the sniper team had been conducting reconnaissance for the past five days. But in reality they had been here, digging their damned trenches and stockpiling their IEDs and rocket-propelled grenades.

As he watched, a driver exited one of the supply vehicles. Chase saw she was female, and she was aiming her weapon at the tree line, focused on some hidden tar get that even Chase couldn’t see. In the next instant a second soldier, who up until that moment had been manning a fifty-caliber gun mounted on top of one of the convoy’s gun trucks, abruptly abandoned his position and swung to the ground, apparently intent on intercepting and protecting the woman.

“Son of a bitch,” Chase muttered beneath his breath, and swung his gun around to cover the man. Didn’t he realize his best option for protecting the girl was to stay with his weapon?

As the soldier sprinted toward the woman, he took a direct hit from the assailant hidden in the trees, and went down on his knees before pitching face forward onto the ground. Chase swept the tree line with machine-gun fire, but was forced to stop when the female soldier stepped directly into his sights. She shouldered her weapon and bent to drag the wounded man to safety, and Chase reluctantly admired her guts even as he cursed her lack of self-preservation. She was completely vulnerable, and it seemed he was the only one who realized it.

Well, not the only one.

A shadow moved in the trees behind her, but before he could lock his sights on the target, the girl blocked his shot. Cursing, he shifted to a better position, when he saw the flash of a muzzle blast from the trees. The female soldier jerked once and then fell forward, covering the other soldier’s body with her own and providing Chase with an unobstructed view of where the insurgent hid.

Only the man was no longer there.

Peering through the scope on his gun, Chase surveyed the area and saw the target lying in the grass beside a tree. He’d taken a direct hit, and Chase could see that he no longer posed a threat to anyone. He didn’t need to guess who had eliminated the target; only the sniper team on the far ridge could have made such a difficult shot.

He swept his rifle scope over the two fallen soldiers to see that the female had risen to her knees. After briefly examining a wound to her shoulder, she bent over and began doggedly dragging her unconscious buddy across the ground to the relative safety of the trucks. Chase continued to provide cover, although he knew the sniper team was probably covering her, as well.

As much as he admired the woman for her bravery, Chase could have cheerfully shaken her. If she hadn’t left the safety of her truck, then the gunner wouldn’t have felt the need to abandon his own post in order to protect her, and neither of them would now be injured.

Women. He snorted in disgust.

He came from a long and distinguished line of military service, but there was one main reason he’d opted to join the Marine Corps special-operations command: they didn’t allow females into their ranks.

He’d always maintained that women had no place in combat, an opinion that had less to do with their ability to do the job and more to do with the inability of their male counterparts to handle them doing the job. He’d seen hardened soldiers go soft and throw years of training and protocol out the window in order to protect a female soldier, or help her to complete a task that she could have handled on her own.

He had no idea if the gunner and the female soldier knew each other, but suspected there was some kind of romantic involvement. There usually was. The only thing worse than fighting alongside a female was fighting alongside one that you were also screwing, especially if you were fool enough to let it become about more than just sex. Nothing worse than letting a woman get under your skin.

The behavior he’d just witnessed only reinforced his belief that women shouldn’t be placed in combat situations. He was convinced that if the female soldier had been a man, the gunner never would have abandoned his post. He’d have used his turret gun to cover her, the way he’d been trained to do.

Chase couldn’t imagine losing control simply because a soldier was female. He prided himself on his ability to remain focused and make sound decisions, even under adverse conditions. If there was one thing he was sure of, it was that he’d never let a woman make him drop his guard on the battlefield. Or in the bedroom.