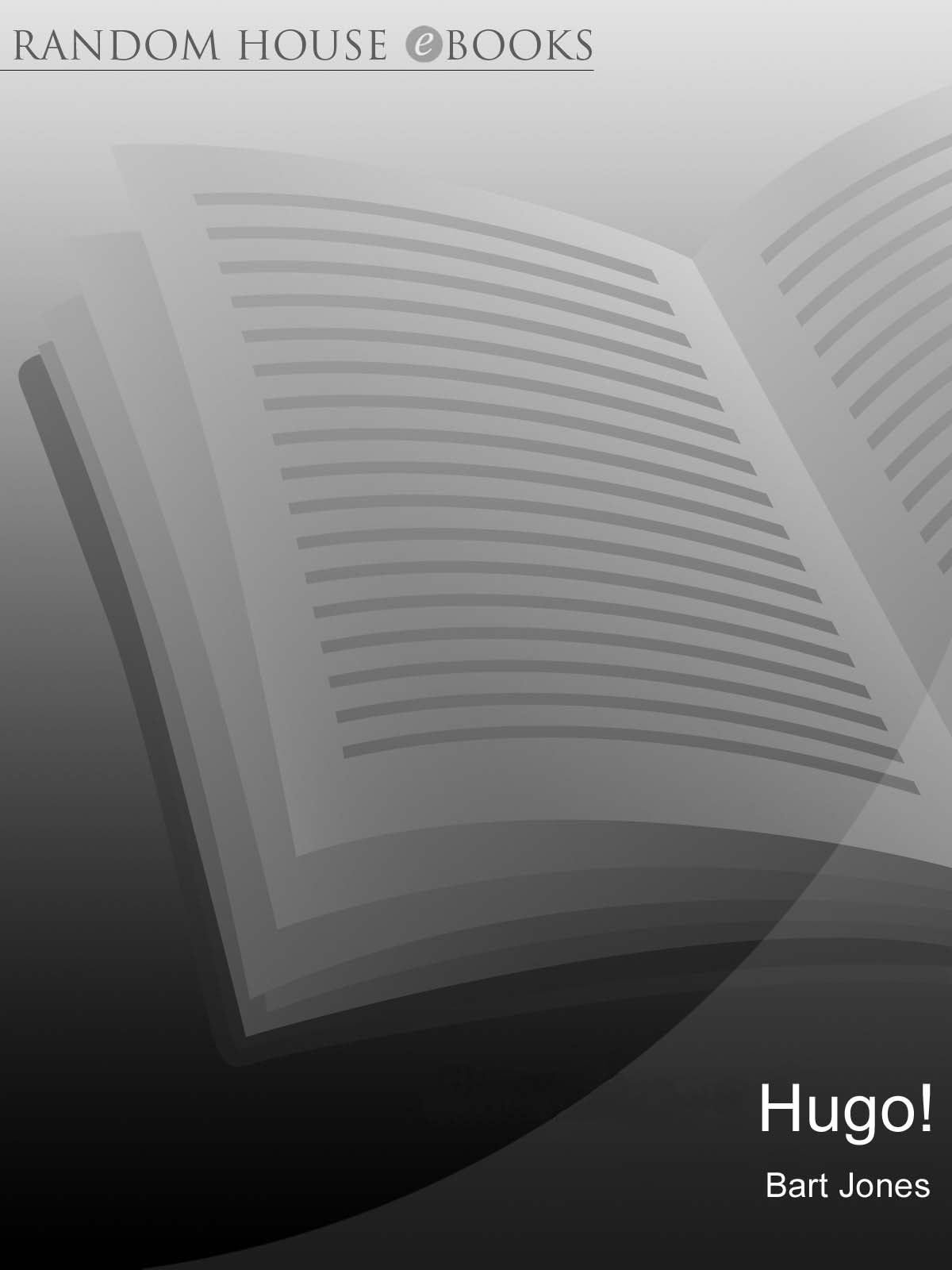 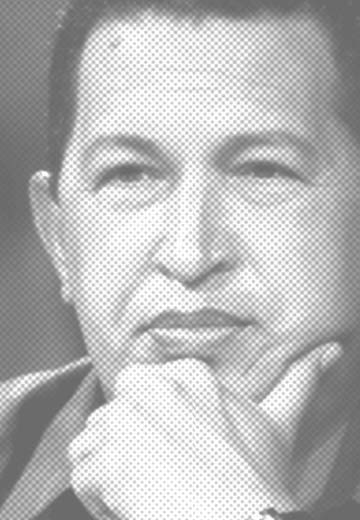 The Hugo Chávez Story
from Mud Hut
to Perpetual Revolution

Published by The Bodley Head 2008

Bart Jones has asserted his right under the Copyright, Designs
and Patents Act 1988 to be identified as the author of this work

For Elba and Frank

"America is ungovernable.
Those who serve the revolution
plough the sea. The only thing to do
in America is emigrate."

Hugo Chávez and I were sitting alone on the second floor of the
Miraflores Presidential Palace in Caracas, Venezuela. It was close to
midnight on April 30, 2007. Venezuela was minutes away from making
a small bit of history by taking majority control of four multibillion-dollar
oil projects in the eastern Orinoco River basin from international
companies, including ExxonMobil, Chevron, Conoco, and Total.

Chávez was overseeing the takeover from a table on a semi-enclosed
outdoor patio. A thatch roof provided shelter. Several birdcages hung
from it, and the birds occasionally chirped. It was tranquil. But in
eastern Anzoátegui state, things were hardly placid. The situation was
electric. Workers and executives from the state oil company, Petroleos
de Venezuela (PDVSA), accompanied by Venezuelan troops, were to
take control of the private oil companies' installations at the stroke of
midnight on May 1, International Workers Day. Workers would hoist
Venezuelan flags and change the names of the companies. Sincor, for
instance, would become
PetroJunin, named after a famous battle in
Peru that had been led by Chávez's hero, Simón Bolívar.

Like many of Chávez's moves, the oil takeover was controversial. His
detractors claimed it was another step in creating a totalitarian dictatorship
modeled after Fidel Castro, his mentor. His supporters responded
that he was proudly re-establishing national sovereignty over a strategic
natural resource that had been exploited for years by foreign companies
enjoying a virtual tax holiday.

I had a privileged view as Chávez coordinated the takeover. We
were alone on the patio from 11:10 P.M. to 1:30 A.M. — prime time for
the president. It was my second interview with him in two days — a rare
opportunity to spend time with a man flooded with interview requests.

No one interrupted us save an attendant in street clothes who
came in from time to time to ask if we wanted a cup of coffee or a glass
of water.

The previous night I had flown back with Chávez on the presidential
jet from the city of Barquisimeto to Caracas, interviewing him in his
private office in the plane. Then he invited me to drive up to Caracas in
his car, and finally took me for a short walk outside Miraflores.

Now, as midnight approached, Chávez got on his cell phone with
Rafael Ramírez, the head of PDVSA. The president wanted to know which
companies had not signed the contracts agreeing to turn over control to
Venezuela. Conoco was the only company holding out, Ramirez told
him.

A small television was attached to the thatch roof, and Chávez
was keeping one eye on it. The president of the state television network
was talking live on the screen from Anzoátegui, declaring that the
country was about to witness a historic moment. "It would be good if
you could make a statement to the country at twelve on the dot, maybe
in a
cadena
," Chávez told Ramirez, using the word for a legally mandated
broadcast all networks were required to pick up. "Call Willian
Lara," the communications minister, Chávez said. "No, I'll call him
right now. Let me order a
cadena
from here. Don't speak very long. Not
like Chávez," he joked.

Within a few minutes Ramirez was speaking live on nearly every television
station in the country. Chávez flipped the channels to make sure
all the stations were complying. When he came to Channel 2 RCTV, he
paused. The station was to lose its license to broadcast on May 27 and
was engaged in a vigorous international campaign to denounce Chávez
for crushing freedom of speech. The government contended that RCTV
played an active role in a 2002 coup against the president, and its activities
— such as journalists and politicians declaring on television that
the president should be overthrown — would never be permitted in the
United States. The Federal Communications Commission would have
shut it down instantly. Nevertheless, when RCTV later did go off the air
after the government refused to renew its license, Chávez came under
worldwide attack; everyone from US Secretary of State Condoleeza
Rice and President George W. Bush to human rights and free press
organizations denounced his actions.

Chávez was pleased when he saw RCTV complying with the
cadena
. "So they get even angrier," he said, laughing as he imagined
the reaction of RCTV executives being forced to broadcast the
cadena
.

Ramirez spoke on television, and everything seemed to be proceeding
smoothly. The PDVSA head ceremoniously gave an oil worker a
red helmet — the color of the Bolivarian Revolution — to replace his
blue one. The crowd in Anzoátegui cheered wildly.

Getting to sit next to Hugo Chávez as he commanded the takeover was
not easy. His aides told me in April 2007 they'd been flooded with more
than a thousand requests for interviews — since January. Some said the
best I could hope for would be a couple of quick questions in a hallway
somewhere. In the process of researching this book, I spent nearly two
years lobbying officials to be able to sit down with Chávez to discuss his
life and his presidency. Many said they would do what they could —
and then nothing happened.

It was a far cry from when I lived in the country from 1992 to 2000,
covering the ups and downs of Chávez's rise to power. I had interviewed
Chávez a number of times, and stood not far from him on an outdoor
terrace the night he won the presidency in 1998. Yet before his triumph,
Chávez at times practically had to beg for media coverage. Once, when
he returned from a trip to Colombia and called a press conference, only
a few reporters showed up.

Now, in early April 2007, my break finally came — or seemed to,
anyway. Government officials called me in New York to tell me the
interview with the president was all set. Wednesday, April 25, would be
the day.

I flew down a couple days early, showed up at the palace on the
appointed day — and got stood up. "
Se complicó la cosa
," I was told —
things got complicated. He couldn't do it.

Disappointed and miffed, I decided to take advantage of the day
off by interviewing the two most powerful men in the government
besides Chávez — his brother Adán and his longtime vice president,
José Vicente Rangel, who had recently stepped down from his post.
Government officials assured me they were doing everything possible
to get me in to see the president the next day.

The following day, nothing happened — at least not until 3 P.M. By
then I had given up hope and was mentally preparing to proceed with
my scheduled flight back to New York the next day. But then a Miraflores
aide called and informed me Chávez wanted me to accompany him on
the presidential jet to Barquisimeto for a meeting with Bolivian president
Evo Morales and Nicaraguan president Daniel Ortega, among
others. I would be able to interview the president in the plane on the
way back Sunday, or on Monday morning in the palace.

That Saturday morning we headed to Barquisimeto on the presidential
jet. Only Chávez wasn't aboard. He missed the flight on his
own airplane, which took some of his ministers, media people, security
agents, and me to Barquisimeto, then turned around and went back to
Caracas to get the president. I didn't talk to Chávez during the weekend
— he was busy tending to Morales, Ortega, and others.

But as we headed back to Caracas on the Airbus 319 that Sunday
night, I was summoned into the presidential office. I was getting a rare
chance to spend extended time one-on-one with the man who was
shaking up Venezuela and trying to spread his Bolivarian Revolution
throughout the world.

After we landed in Caracas, forty-five minutes later, we spoke in his
car during the twenty-minute trip to the palace and then talked some
more at Miraflores. Finally we bid each other good night, and Chávez
promised to see me the next day around noon to finish the interview.

I doubted it would happen, since he had already spent more time with
me than he had with most other journalists and had given me some
unusual access on the plane and in the car. Moreover, Venezuelans are
famous for making appointments they never keep.

Noon came and went with no word from Miraflores. Around 3 P.M.
I started to prepare to head back to New York the next morning. But
about 5:15 P.M. my cell phone rang with a call from the palace: Be there
at 8 P.M. The president will meet with you.

I showed up at the appointed hour, and then waited three hours.
It was just after eleven when I was summoned upstairs to see the
president.

In conversations that night and the previous one we talked for
nearly four hours. We covered a lot of territory, from Chávez's impoverished
childhood to the 2002 coup in which he was almost killed . . . and
at least one sensitive topic he had never spoken about publicly and that
I feared might bring the interview to an abrupt end.