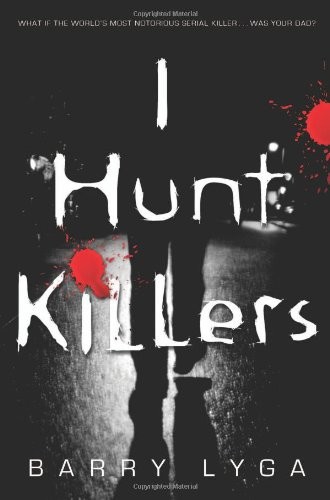 Except for the body.

By the time Jazz got to the field outside town, yellow police tape was everywhere, strung from stake to stake in a sort of drunken, off-kilter hexagon.

The field was thick with cops—state troopers in their khakis, a cluster of deputies in their blues, even a crime-scene tech in jeans and a Windbreaker. That last one really impressed Jazz; the town of Lobo’s Nod was too small for its own official crime-scene unit, so usually the deputies handled evidence collection at the scene. The fact that they’d actually called in a real, live tech from two towns over—and on a Sunday morning, no less—meant they were taking this seriously. Some of the deputies were down on all fours, heads down, and Jazz was amused to see a guy with a metal detector just outside the crime-scene tape, slowly pacing back and forth. One of the staties had a cheap little digital video camera and carefully paced the perimeter of the scene.

And riding herd over all of it was Sheriff G. William Tanner, standing off to one side, fists planted on his love handles, watching as his command scurried around at his bidding.

Jasper “Jazz” Dent wasn’t about to let the cops see him. He belly-crawled the last fifteen yards through underbrush and tall grass, patiently making his way to a good vantage point. This part of the old Harrison farm had once been endless rows of soybean plants; it was now nothing but old bent and broken stalks, weeds, cattails, and scrub. Perfect cover, really. From here, Jazz could make out the entirety of the crime scene, helpfully demarcated by the yellow tape.

“What have we here?” Jazz murmured to himself as the videographer—about ten feet from the body—suddenly shouted out. Jazz was far enough away that he couldn’t make out the words, but he knew it was something significant because everyone immediately turned in that direction, and another deputy rushed over.

Jazz went for his binoculars. He owned three different pairs, each for different purposes, each a gift from his father, who had very specific reasons for giving them to his son.

Jazz tried not to think about those reasons. For now, he was just happy that he’d brought this particular set of binocs: They were Steiner 8x30 binoculars—waterproof, rubberized grip, weighed just a tad over a pound. But their real selling point was the blue-tinted objective lenses, which reduced glare and reflection to almost nil. That meant the enemy—or, for example, a group of cops just twenty yards away—wouldn’t catch a glimpse of the sun bouncing off the glass and haul you out of the woods.

Dust and assorted leftover plant pollens tickled Jazz’s nose and he caught himself just before he sneezed.
When you’re prospecting
, Dear Old Dad had told him,
you gotta be real quiet, see? Most people’ve got little noisy habits they never think of. You can’t do them things, Jasper. You have to be totally quiet. Dead quiet.

He zoomed in on the statie with the video camera, but the others were crowding around, making it impossible for him to see what had so excited everyone. Jazz watched as one of them held up a small plastic evidence bag, but before he could adjust to focus on the bag, the cop brought his arm down and the bag vanished behind his thigh.

“Someone found some evidence.…” Jazz chanted under his breath, then bit his bottom lip.

Most of these guys, they want to get caught
, Dear Old Dad had said on more than one occasion.
You understand what I’m saying? I’m saying most of the time, they get caught ’cause they want it, not ’cause anyone figures ’em out, not ’cause
anyone outthinks ’em.

Jazz wasn’t doing anything wrong, lying out here on his belly, watching the police process the crime scene, but getting caught would probably mean being taken away, and possibly a stern lecture from G. William, and he didn’t want that.

He’d been at home earlier that morning, his bedroom door shut tight against one of his grandmother’s periodic rants (they’d been getting worse and more frequent), when the police scanner had soberly announced a code two-two-thirteen: An abandoned body had been found. Jazz had grabbed his pack—already stocked with everything he needed for a stakeout—and climbed down the drainpipe outside his window. (No point running into Gramma in the hallway and being delayed by her raving.)

A body was nothing new in Lobo’s Nod. The last time bodies had turned up, Jazz’s life had turned upside down, and it still hadn’t righted itself. Even though it had been years since those days and everyone had packed that time away, there were still times when Jazz feared his life would never be right side up again.

As the cops clustered around G. William, Jazz refocused on the body. As best he could tell from so far away, there was little in the way of serious trauma—no obvious knife or gunshot wounds, for example. Nothing major jumped out at him, but he didn’t exactly have the best vantage point.

He was reasonably certain of two things: It was a woman, and she was naked. Naked made sense. Naked bodies were tougher to identify. Clothes told you all sorts of things about a victim, and once you identified the victim, you were one step closer to identifying who made that person a victim.

Anything that slows them down—even if it’s just by a few minutes—is a good thing, Jasper. You want them nice and slow. Slow like a turtle. Slow like ketchup.

Through the binocs, he watched as G. William mopped sweat from his forehead with a checkered handkerchief. Jazz knew from experience and observation that the handkerchief had been embroidered
GWT
years ago by the sheriff’s late wife. G. William had a dozen of the snot rags, carefully laundered and cared for. He was the only man in town—probably the only man alive—who had his handkerchiefs professionally dry-cleaned.

The sheriff was a good guy. He came across as a sort of parody of himself when you first met him, but underneath that BBQ-infused gut and floppy, dishwater-colored mustache was some serious law-enforcement genius, as Jazz knew from personal experience. Tanner ran the entire county’s sheriff’s department from his office in Lobo’s Nod, and he’d earned the respect of not just the county, but the entire state. Heck, the staties didn’t send a guy out to videotape a field for just anyone. Tanner had pull.

Jazz swept his binocs over a bit and caught a glimpse of the evidence bag as G. William held it up in the sunshine. For a heart-stopping instant, he was sure what he saw in the bag couldn’t be for real. But the sheriff’s stance gave Jazz a perfect, binocular-enhanced view of what it held.

And that made Jazz’s heart pound so hard he thought Tanner would hear it from where he stood. A body in a field was one thing. It happened. A drifter. A runaway. Whatever. But
this
…This portended something new. Something big. And Jazz had a sinking feeling that people would be looking at him with accusation in their eyes.
Only a matter of time
, they would say.
Had to happen sooner or later
, they would say.

So he started running down possible alibis. From the relatively pristine condition of the body, he was comfortable guessing the woman had been killed sometime in the past six hours…and he’d been home in bed all night…with Gramma the only other person in the house. Not the world’s most reliable witness.

Connie. Connie would lie for him, if necessary.

This thought went through his mind for a fleeting second, but was interrupted almost immediately by the sound of a vehicle trundling up the grade.

The field was almost level, but not entirely. While it was flat where the body had been found, it sloped gently down about a hundred yards to the south, and also climbed a bit more steeply maybe twice as far to the north. The vehicle coming up the road from the south was a beat-up Ford station wagon from back when they used to put lead in gasoline.
LOBO’S NOD MEDICAL EXAMINER
was stenciled professionally if a bit pretentiously on the door. That meant…

Sure enough, as Jazz watched, two cops approached the corpse with a body bag hanging limp between them. The preliminary crime-scene examination was done.

Jazz watched as a tech carefully wrapped the corpse’s head, then did the same to the hands and feet.

Always check the hands and feet
, Dear Old Dad whispered from the past.
And the mouth and ears. You’d be surprised what gets left behind.

He blinked away the voice and watched them maneuver the dead woman into the bag and zip it shut. As he focused on the struggle with the body bag, something caught his attention from the corner of his eye. He tried to ignore it. It was the kind of thing he didn’t really want to notice, but he couldn’t help it. Once he’d seen it, it wasn’t something he could just unsee.

There was one cop in particular, standing off to the side. Not so far from the body that anyone would doubt he was a part of the crime scene, but far enough that no one would ask for his help with anything. He just stood there, and to anyone else observing, this cop would appear to be keeping out of the way, trying not to interfere.

Jazz thought he knew all of the Lobo’s Nod cops on sight, and even most of the guys from the surrounding towns. This guy was wearing a Lobo’s Nod uniform, but he was a stranger.

And he was
ready
. That was the only way Jazz could describe it: Ready. Vulnerable. Easy. He was fidgeting just a bit, two fingers on his left hand idly toying with a rough patch of scuffed leather on his gun belt, near the canister of Mace.

He would be easy to take down. Despite his training. Despite his gun and his Mace and his baton. Jazz could more than imagine doing so—he could see it right through the binoculars as if it were happening.

Jazz could read people. It wasn’t something he worked at; it was just as natural as breathing. It was as ordinary as reading a billboard on the highway: You don’t really think about the billboard; you just notice it and your brain processes it, and that’s that.

Put him at ease, seduce him into complacency, and then…

Go for the belt. The Mace. The nightstick. The gun.

It would be so easy.

It
was
so easy.

Jazz opened his eyes. The body was in the station wagon. Even from this distance, he heard the doors slam.

Jazz wiped sweat from his forehead. G. William was picking his way carefully down the grade, toward the road and his car. The rest of the cops were staying on the scene for now.

The evidence bag. Jazz couldn’t stop thinking about it. About what he’d seen inside it, actually.