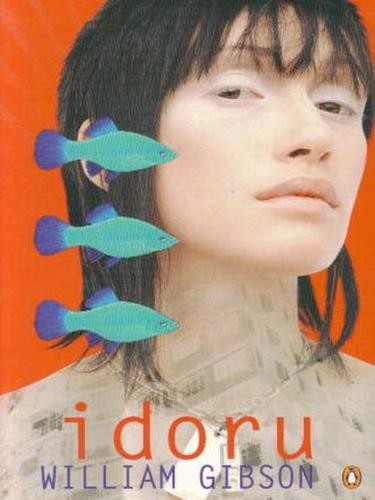 ‘Gibson's mixture of science fiction and soon-to-be-fact is as enthralling as ever, and his take on Tokyo reality – virtual and otherwise – is jaw-droppingly intimate. The master at work’
–
Maxim

‘The poet of cyberspace… What Gerald Manley Hopkins did for the flight of the falcon, Turner for fog, Dali for the unconscious and William Burroughs for a brain deranged by junk, Gibson has done for the digital dimension. He has painted it for us so vividly and persuasively that those dreary keyboards and screens can never be the same again’
– Peter Popham in the
Independent

‘Cleverly politicised, and as fast, witty and lovingly painted as ever… For all his futuristic wizardry, William Gibson's most prized tool is still the obsolescence-proof technology of words’
– Steven Poole in the
Guardian

‘
Idoru
confirms Gibson as, virtually, a realist writer for the post-Net generation, offering a new mimesis that opens windows on our on-screen world’
– Paul Quinn in
The Times Literary Supplement

William Gibson is the award-winning author of
Neuromancer; Mona Lisa Overdrive; The Difference Engine
, with Bruce Sterling;
Virtual Light; Burning Chrome
, a collection of short stories; and
All Tomorrow's Parties
. He lives in Vancouver, Canada.

First published in the United States of America by G. P. Putnam's Sons 1996

Published in Great Britain by Viking 1996

Except in the United States of America, this book is sold subject to the condition that it shall not, by way of trade or otherwise, be lent, re-sold, hired out, or otherwise circulated without the publisher's prior consent in any form of binding or cover other than that in which it is published and without a similar condition including this condition being imposed on the subsequent purchaser

Sogho Ishii, the Japanese director, introduced me to Kowloon Walled City via the photographs of Ryuji Miyamoto. It was Ishii-san's idea that we should make a science fiction movie there. We never did, but the Walled City continued to haunt me, though I knew no more about it than I could gather from Miyamoto's stunning images, which eventually provided most of the texture for the Bridge in my novel
Virtual Light
.

Architect Ken Vineberg drew my attention to an article about the Walled City in
Architectural Review
, where I first learned of
City of Darkness
, the splendid record assembled by Greg Girard and Ian Lambrot (Watermark, London, 1993). From London, John Jarrold very kindly arranged for me to receive a copy.

Anything I know of the toecutting business, I owe to the criminal memoirs of Mark Brandon “Chopper” Read (
Chopper from the Inside
, Sly Ink, Australia, 1991). Mr. Read is a great deal scarier than Blackwell, and has even fewer ears.

Stephen P. (“Plausibility”) Brown rode shotgun on the work in progress for many months, commenting daily, sometimes more often, and always with a fine forbearance, as I faxed him a bewildering flurry of disconnected fragments he was somehow expected to interpret as “progress.” His constant encouragement and seemingly endless patience were absolutely essential to this book's completion.

My publishers, on both sides of the Atlantic, also demonstrated great patience, and I thank them.

After Slitscan, Laney heard about another job from Rydell, the night security man at the Chateau. Rydell was a big quiet Tennessean with a sad shy grin, cheap sunglasses, and a walkie-talkie screwed permanently into one ear.

“Paragon-Asia Dataflow,” Rydell said, around four in the morning, the two of them seated in a pair of huge old armchairs. Concrete beams overhead had been hand-painted to vaguely resemble blond oak. The chairs, like the rest of the furniture in the Chateau's lobby, were oversized to the extent that whoever sat in them seemed built to a smaller scale.

“Really?” Laney asked, keeping up the pretense that someone like Rydell would know where he could still find work.

Netrunner. Laney, who liked to think of himself as a researcher, suppressed a sigh. “Contract job?”

Rydell used his straw to stir the foam and ice remaining at the bottom of his tall plastic cup, as though he were hoping to find a secret prize. “He didn't say you'd have to.” He looked up. “You ever been to Tokyo?”

“Must be an interesting place, after that quake and all.” The walkie-talkie ticked and whispered. “I gotta go on out and check the gate by the bungalows now. Feel like coming?”

Rydell stood, automatically straightening the creases in his khaki uniform trousers. He wore a black nylon web-belt hung with various holstered devices, all of them black, a short-sleeved white shirt, and a peculiarly immobile black tie. “I'll leave the number in your box,” he said.

Laney watched the security man cross the terra cotta and the various rugs, to vanish past the darkly polished panels of the registration desk. He'd had something going on cable once, Laney had gathered. Nice guy. Loser.

Laney sat there until dawn came edging in through the tall, arched windows, and Taiwanese stainless could be heard to rattle, but gently, from the darkened cave of the breakfast room. Immigrant voices, in some High Steppe dialect the Great Khans might well have understood. Echoes woke from the tiled floor, from the high beams surviving from an age that must once have seen the advent of Laney's kind or predecessors, their ecology of celebrity and the terrible and inviolable order of that food chain.

Rydell left a folded sheet of Chateau notepaper in Laney's box. A Tokyo number. Laney found it there the next afternoon, along with an updated estimate of his final bill from the lawyers.

He took them both up to the room he could no longer even pretend to afford.

A week later he was in Tokyo, his face reflected in an elevator's gold-veined mirror for this three-floor ascent of the aggressively nondescript O My Golly Building. To be admitted to Death Cube K, apparently a Franz Kafka theme bar.

Stepping from the elevator into a long space announced in acid-etched metal as The Metamorphosis. Where salarimen in white shirts had removed their suit jackets and loosened their dark ties, and sat at a bar of artfully corroded steel, drinking, the high backs of their chairs molded from some brown and chitinous resin. Insectoid mandibles curved above the drinkers' heads like scythes.

He moved forward into brown light, a low murmur of conversation. He understood no Japanese. The walls, unevenly transparent, repeated a motif of wing cases and bulbous abdomens, spikey brown limbs folded in at regular intervals. He increased his pace, aiming for a curving stairway molded to resemble glossy brown carapaces.

The eyes of Russian prostitutes followed him from tables opposite the bar, flat and doll-like in this roach-light. The Natashas were everywhere, working girls shipped in from Vladivostok by the Kombinat. Routine plastic surgery lent them a hard assembly-line beauty. Slavic Barbies. A simpler operation implanted a tracking device for the benefit of their handlers.

The stairway opened into The Penal Colony, a disco, deserted at this hour, pulses of silent red lightning marking Laney's steps across the dance floor. A machine of some kind was suspended from the ceiling. Each of its articulated arms, suggestive of antique dental equipment, was tipped with sharp steel. Pens, he thought, vaguely remembering Kafka's story. Sentence of guilt, graven in the flesh of the condemned man's back. Wincing at a memory of upturned eyes unseeing. Pushed it down. Moved on.

A second stairway, narrow, more steep, and he entered The Trial, low-ceilinged and dark. Walls the color of anthracite. Small flames shivered behind blue glass. He hesitated, nightblind and jet-lagged.

Australian. Enormous. Who stood behind a little table, shoulders sloping bearlike. Something strange about the shape of his shaven head. And another, much smaller figure, seated there. Japanese, in a long-sleeved plaid shirt buttoned up to its oversized collar. Blinking up at Laney through circular lenses.

And Laney saw that this man's left ear was missing, sheared away, leaving only a convoluted stump.

When Laney had worked for Slitscan, his supervisor was named Kathy Torrance. Palest of pale blonds. A pallor bordering on translucence, certain angles of light suggesting not blood but some fluid the shade of summer straw. On her left thigh the absolute indigo imprint of something twisted and multibarbed, an expensively savage pictoglyph. Visible each Friday, when she made it her habit to wear shorts to work.

She complained, always, that the nature of celebrity was much the worse for wear. Strip-mined, Laney gathered, by generations of her colleagues.

She propped her feet on the ledge of a hotdesk. She wore meticulous little reproductions of lineman's boots, buckled across the instep and stoutly laced to the ankle. He looked at her legs, their taut sweep from wooly sock tops to the sandpapered fringe of cut-off jeans. The tattoo looked like something from another planet, a sign or message burned in from the depths of space, left there for mankind to interpret.

He asked her what she meant. She peeled a mint-flavored toothpick from its wrapper. Eyes he suspected were gray regarded him through mint-tinted contacts.

“Nobody's really famous anymore, Laney. Have you noticed that?”

“I mean
really
famous. There's not much fame left, not in the old sense. Not enough to go around.”

“We're the media, Laney. We
make
these assholes celebrities. It's a push-me, pull-you routine. They come to us to be created.” Vibram cleats kicked concisely off the hotdesk. She tucked her boots in, heels against denim haunches, white knees hiding her mouth. Balanced there on the pedestal of the hotdesk's articulated Swedish chair.

He looked back at her.

“We learned to print money off this stuff,” she said. “Coin of our realm. Now we've printed too much; even the audience knows. It shows in the ratings.”

Laney nodded, wishing she'd leave him to his work.

“Except,” she said, parting her knees so he could see her say it, “when we decide to destroy one.”

Behind her, past the anodyzed chainlink of the Cage, beyond a framing rectangle of glass that filtered out every tint of pollution, the sky over Burbank was perfectly blank, like a sky-blue paint chip submitted by the contractor of the universe.

The man's left ear was edged with pink tissue, smooth as wax. Laney wondered why there had been no attempt at reconstruction.