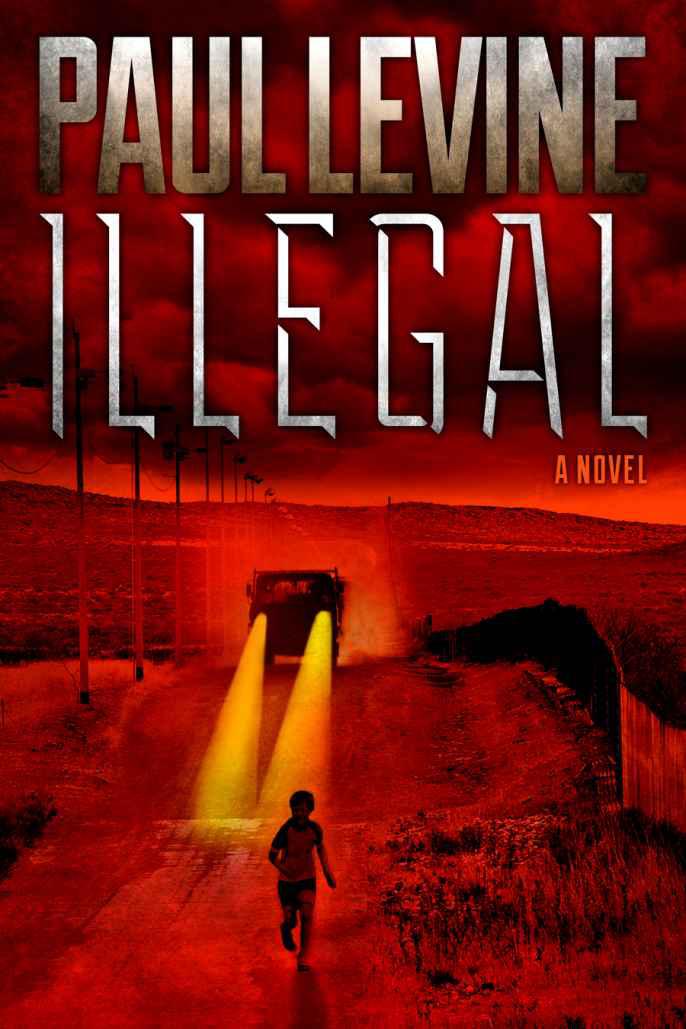 Judge Rollins drew a handgun from beneath his black robes, pointed the snub-nosed barrel at Jimmy Payne's chest, and said, "Who you pimping for, you low-life shyster?"
Payne gaped at the revolver.
This cannot be happening.
The judge gestured toward the stacks of hundred-dollar bills on his desk. "C'mon, Payne. You're not smart enough to dream this up on your own."
They faced each other in the judge's chambers, a tranquil refuge of leatherbound books and walnut wainscoting. Payne felt his knees wobble. "I swear, Judge. I just represent the defendant. Ramon Carollo."
"Not like you to defend human traffickers. I remember the hell you raised when those wetbacks got barbecued in a trailer truck."
"I like to call them 'undocumented aliens.' "
"Why? They from Mars?"
The judge vaulted out of his high-backed chair. Quick for a big man. Silver hair swept straight back, like feathers on a snow goose. Shoulders as wide as a bookcase.
"Take off your clothes, Payne."
"What?"
"You heard me."
"I swear I'm not wearing a wire. You can pat me down."
"Strip!"
Payne wasn't sure he could. His joints seemed rusted shut.
"Now!"
With jerky motions, Payne kicked off his shoes, unhooked his belt, and dropped his trousers.
"You bring me nine stacks of hundred-dollar bills, fifty to a stack." Judge Rollins motioned toward the open briefcase on his desk and did the math in his head. "Forty-five thousand dollars."
"That's the offer," Payne agreed.
"Odd amount. Like it was supposed to be fifty thousand, but some half-assed bag man skimmed five off the top."
"No, sir." Payne lowered his tie and slipped out of his shirt. "Forty-five is all I've got to spend."
"No sale, shitbird."
"I thought it was worth a shot, Your Honor. But let's just forget the whole thing. I'll put my pants on and—"
"Drop those undershorts, too." The judge waved the gun like a king with a scepter.
Payne pulled down his red-and-white boxers with the Los Angeles Clippers logo. He preferred them to the Lakers purple-and-gold shorts, not for the colors, but because he favored underdogs.
"Now turn around and spread your cheeks."
"No way, Judge."
"Do it!"
At thirty-seven, Payne was in good shape. Flat stomach, decent chest, a sinewy runner's body. He spun around and bent over. "Like I said, Your Honor, no wire."
Judge Rollins gazed off. "I don't know whether to shoot you or arrest you."
Jimmy straightened and turned around. "Just let me go, Judge. There's a lot of good I can do out there."
"Out where? You're Jimmy Payne. Royal Payne. You cut corners. You represent undesirables. You piss people off."
"Honestly, Judge. I'm gonna change my life."
"People don't change, Payne. They just get old and die. Sometimes, they don't even get old."
Payne stepped sideways toward a set of shelves decorated with framed vanity photos. Judge Rollins with Mayor Villaraigosa, Senator Boxer, some local bigwigs, and a pretty young woman in a pink sash, the Rose Bowl queen, maybe. Alongside the photos, the scales of justice. Bronze. Heavy. Tilted heavily to one side. One more step and Payne could grab the scales by the blindfolded lady and take a swing at the judge.
"Freeze, sleazebag." Rollins pulled back the hammer of the .38. As the
click
echoed in his brain, Payne thought of his son, Adam. Ten years old. Loved baseball. Cheeseburgers. Surfing. A boy needs his father.
Just how the hell did I get into this?
TWO

One hour before he stood, naked and terrified, in the chambers of the Honorable Walter Rollins, Jimmy Payne stood, clothed and angry, glaring at a wooden pin some sixty feet away.
The five-pin.
Payne hated the five-pin nearly as much as he hated Cullen Quinn, his ex-wife's fiancé. And there the damn thing stood—the pin, not Quinn—smack in the middle of the lane, taunting him. For most bowlers, the five was the easiest spare, but for Payne, the ten-pin—that loner at the right edge of the lane—was the gimmee. The trick, he knew, was not being afraid of dropping into the gutter.
Payne's second ball whooshed past the five and
thwomp
ed harmlessly into the pit, leaving the pin standing.
Damn. Even Barack Obama could have made that spare.
So could Payne's son. He thought about taking Adam bowling this weekend. His eleventh birthday was coming up, and the boy already threw a decent little hook.
Payne checked the counter behind the ball rack. The stranger still stood there, watching him. He had shown up around the third frame, sipping coffee from a Styrofoam cup. Blue shirt, striped tie thickly knotted, cheap tan suit that needed pressing. Hair that might have been blond once, now turned the yellowish brown of a nicotine stain. A gum chewer, with jaw muscles dancing; a face of angles and planes; a cold stare. A cop? Homicide, maybe.
Not a problem. Payne hadn't killed anyone. He hadn't even represented a murderer in a couple years. Bar brawlers, check bouncers, hookers from the Sepulveda Corridor. He could really use a good murder trial right now. Or a personal injury case with fractures to weight-bearing bones. Even a nasty divorce would do. Lacking any decent cases, bowling alone on a weekday morning provided a break from bill collectors and anger management classes.
Payne hoisted his Hammer Road Hawg from the ball return and settled into his stance. Sensing movement, he glanced over his shoulder. Wrinkled Suit was headed his way. Payne considered challenging the guy to three games at ten bucks a pin.
"Morning, J. Atticus Payne."
Keeping the ball at hip level, Payne turned to face the man. "Jimmy. Jimmy Payne."
"Your Bar card says 'J. Atticus.' "
"My parents were hoping I'd grow up to be Gregory Peck."
"Nah. They named you 'James Andrew.' You changed it. Not legally, of course. Just made it up and put it on your driver's license, which also says you're six feet tall, when you're really five-eleven. You make up a lot of shit."
Grinning now,
Gotcha
. Like he was Sherlock Fucking Holmes.
"Some people think Atticus fits," Payne said, thinking of his ex-wife, Sharon.
"What slimeball you gonna walk today, Atticus?"
That was before she started calling him "the respondent." When Sharon divorced him, her bill of particulars included his reputation for sleazy behavior.
"Respondent has engaged in a pattern of professional activity that is a source of embarrassment to Petitioner, a police officer."
If he'd been different, Payne wondered, if he'd made more money and been more respectable, if he'd lunched at the California Club instead of Hooters, would Sharon still be his wife?
Nah, that wasn't the issue.
"You weren't here for me when I needed you, Jimmy."
"Why do you lie so much?" Wrinkled Suit asked.
Payne shrugged. "I'm a lawyer."
"You rolled a baby split in the third frame. The three-ten. Very makeable. But you hit the 'Reset,' erased the score, and bowled again."
"That a crime?"
"What kind of guy cheats when he's bowling alone?"
"Maybe a guy who wants a second chance."
"To do what? Tell a client to flee the jurisdiction?"
"Who the hell are you?" The man reached into his jacket pocket and flipped open a vinyl wallet with an L.A.P.D. badge and photo I.D.
Payne read aloud. " 'Detective Eugene Rigney. Public Integrity Unit.' Kinda wussy, isn't it? I mean, compared to Robbery Homi cide. Or SWAT."
He turned toward the pins and took his four-step approach. A high back swing, a wrist-snapping release, a fluid follow-through. The ball skidded on the oil, dug in, and hooked hard left into the pocket. A big mix, the clatter of rolling logs. The skinny neck of the six-pin kissed the ten, pushing it over like a wobbly drunk.
Strike! Take that, Mr. Public Integrity.
Rigney didn't look impressed. "You gotta do something for me, Payne."
"What?"
"Bribe a judge." The cop looked at his watch. "And you've got one hour to do it."
THREE

Payne plopped his Road Hawg into its zippered bag. "I'm out of here, Rigney. Go bribe the judge yourself."
"Do you have a client named Molly Kraft?" the cop asked.
Payne stopped in mid-zip.
Molly Kraft. Oh, shit.
"Child custody," Payne said. "Her husband molested their daughter."
"You never proved it."
"The husband's lawyer had a better shrink."
"So you told Molly Kraft to take off with her daughter in violation of a court order."
Rigney pulled a little cop notebook from his suit pocket. He read aloud in a monotone that could put a jury to sleep. It was all true. Payne had bought airline tickets for Molly Kraft and her daughter and sent them off to Puerto Vallarta to keep the girl away from her abusive father. Bored by endless sunshine and numbed by rivers of sangria, Molly sneaked back across the border four days ago, and got arrested in San Ysidro.
ADS
15.4Mb size Format: txt, pdf, ePub