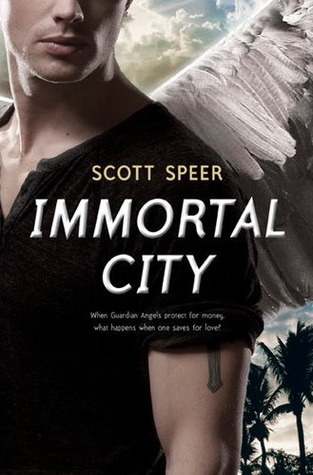 The scanning, uploading and distribution of this book via the Internet or via any other means without the permission of the publisher is illegal and punishable by law. Please purchase only authorized electronic editions, and do not participate in or encourage electronic piracy of copyrighted materials. Your support of the author’s rights is appreciated.

To my parents, who taught me to believe.

A
t 3a.m., the Pacific Coast Highway was nothing more than a gray ribbon winding through the ocean fog. Despite being more than a little buzzed, Brad downshifted, smashed the gas pedal, and sent his BMW M5 surging forward. His iPod had shuffled to “California Love,” by 2Pac. He turned it up.

“California! Knows how to party!”
Brad sang out. Except when he sang it, California came out
“Caaafna,”
and party sounded more like
“parry.”
It didn’t matter; in his head he was performing for a sellout crowd at the Staples Center, and they loved him. In the rearview mirror the lights of Santa Monica twinkled. The Pacific Wheel on the pier glowed like a neon disk reflecting on the black mirror of the sea. Up ahead, the rocky shores of Malibu lay dark and silent. The music roared and Brad depressed the gas pedal almost involuntarily. He couldn’t help himself. Gladstone’s and Sunset Boulevard streaked by as the world accelerated into a violent blur.

He took each turn a little faster than the last, pushing the limits of the machine. He felt a surge of adrenaline as the headlights suddenly illuminated the churning Pacific just beyond the rocks. He stomped hard on the brake and yanked the wheel over, pointing the BMW back toward the curve he had nearly missed. He let out an exhilarated breath.
This would make such a cool music video,
Brad thought.
Dangerous and exciting.
Up ahead he saw another sharp turn in the road. This time, he would be ready. He pumped the brake, threw the wheel over, and punched the gas pedal hard. The car growled in protest but managed to stay on four wheels. Brad let out his best rock star scream as he half-skidded, half-flew around the turn.

Right into the headlights of an oncoming car.

Brad tried to brake, but he had finally pushed the BMW too far. Antilock brakes grabbing and releasing, he was a missile rocketing toward the other vehicle, a pickup, at eighty miles an hour.

That’s when it happened.

It occurred so fast Brad didn’t even see it. But he certainly felt it.

It was a hand. A hand grabbing him and pulling him out of the car. To the oncoming driver it must have looked like a magic trick. In one instant Brad was there, wide-eyed and terrified in the driver’s seat, and in the next, gone.

Suddenly the pungent smell of sea air filled Brad’s nose. Salt-spray flicked across his neck. He realized he was standing on the side of the road, watching a fantastic collision unfold. His BMW slid across the centerline and collided head-on with the pickup. The bed of the pickup leapt up over the cab and sent the truck toppling end-over-end, over the retaining rail and down the rocky slope. Safety glass sprayed across the rocks in glittering crumbs. Then the truck hit the water, upside down, with a sickening smack. Brad’s BMW ricocheted off the cliff wall and spun across the road, breaking through the retaining wall on the opposite end and soaring into the air. It entered the water nose first, gracefully, like a diver. The spectacle was all so violent it was almost beautiful. Then, sputtering and steaming, both vehicles began their slow descent under the icy waves.

Brad shivered against the breeze. He was so staggered by what he had just seen that he didn’t immediately notice the figure standing next to him. Turning, he at first saw only a pair of wings silhouetted against the full moon. Six feet in both directions and razor sharp, the broad appendages rose and fell with the heave of a great breath. The figure stepped forward, and Brad recognized his Guardian Angel.

“Oh my God, it’s you,” Brad said, trying his best to sound sober.

The Angel smiled but said nothing.

Brad became aware of something warm and wet dripping down his left arm, forming small, trickling droplets at the end of his fingertips. He lifted his fingers to his mouth and tasted. It was blood.

The Angel’s eyes twinkled in the moonlight. When he spoke, his tone was even and smooth. “I had to pull you out through the window,” he said. “It was the only way.”

Brad remembered it now, as if recalling a nightmare. He remembered the white-hot pain of traveling through the glass window, the tiny slivers lodging in his face, and the way the jagged edges had felt as they sliced through the living skin. He shuddered.

“The cuts on your arm and shoulder are superficial and will heal,” the Angel continued. “But your hip is fractured. It’s very common in this type of save. I’ve taken the liberty of calling an ambulance to take you to the hospital. It should be arriving momentarily.”

Brad took a cautious step forward, then cried out as his right hip erupted in pain. He stepped back and quickly shifted his weight. He blew out a ragged sigh.

“Oh, right,” Brad said, embarrassed. He fumbled for his wallet in his pants pocket. “Sorry, this is my first time, you know,” he mumbled as he flipped the wallet open and struggled to pull a Platinum American Express card from its sleeve. His fingers were already numb from the cold.

“There’s no need,” the Angel said, dismissing the effort with a wave of his hand. “The funds have already been transferred out of your account.”

“One hundred thousand dollars, in addition to your monthly rate.”

Brad’s gaze drifted to where the cars had landed in the water. His M5 was already submerged, but the back end of the pickup still protruded from the surf, bobbing in the swells like a corpse.

“What about him?” Brad asked.

“Yeah,” Brad said, and pointed to the tailgate as it slipped under the waves. “Him.”

The Angel looked at the sinking pickup as if seeing it for the first time.

“He didn’t have coverage,” he said.

The headlights of an approaching ambulance swept over the scene.