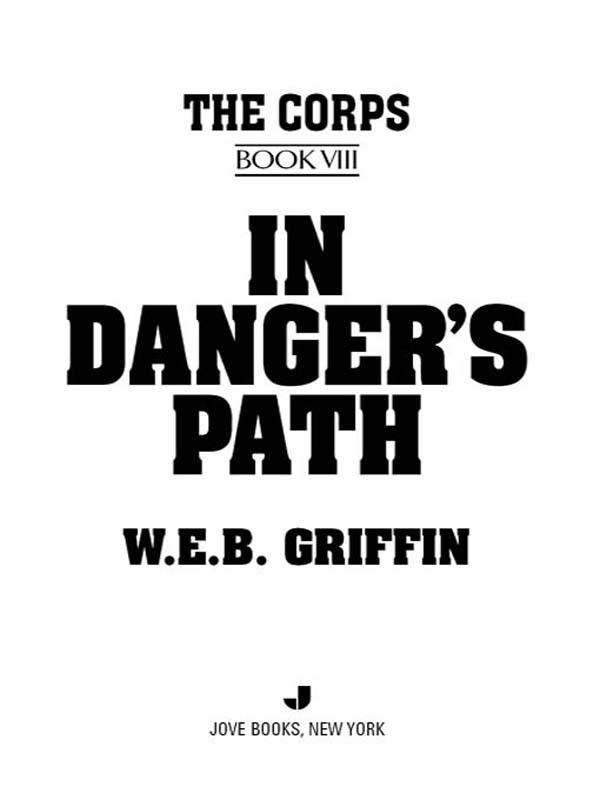 “Another solid entryâ¦Veterans of the series will enjoy finding old comrades caught up in fresh adventures, while new-guy readers can easily enter here and pick up the ongoing story.”

“Griffin, who served in Korea, sticks more closely to the action and moves ahead with galvanized self-assurance.”

“The author has a knack for smoothly combining fact with fiction, giving his work a realistic veneer.”

The bestselling saga of the heroes we call Marines
â¦

“THE BEST CHRONICLER OF THE U.S. MILITARY EVER TO PUT PEN TO PAPER.”

“THIS MAN HAS REALLY DONE HIS HOMEWORKâ¦I confess to impatiently awaiting the appearance of succeeding books in the series.”

“INTRICATELY PLOTTED and packed with those accurate details that fans of Griffin have come to expect.”

“A TAUTLY WRITTEN STORY whose twists and turns will keep readers guessing until the last page.”

“A CRACKLING GOOD STORY. It gets into the hearts and minds of those who by choice or circumstance are called upon to fight our nation's wars.”

âWilliam R. Corson, Lt. Col. [Ret.]. U.S.M.C., author of
The Betrayal
and
The Armies of Ignorance

“A MAJOR WORKâ¦magnificentâ¦powerfulâ¦If books about warriors and the women who love them were given medals for authenticity, insight, and honesty,
Brotherhood of War
would be covered with them.”

âWilliam Bradford Huie, author of
The Klansman
and
The Execution of Private Slovik

“DAMN EFFECTIVEâ¦He captivates you with characters the way few authors can.”

“TOUGH, AUTHENTICâ¦POLICE DRAMA AT ITS BESTâ¦Readers will feel as if they're part of the investigation, and the true-to-life characters will soon feel like old friends. Excellent reading.”

“WRITTEN WITH A SPECIAL FLAIR for the military heart and mind.”

BOOK I: THE LIEUTENANTS

BOOK VII: BEHIND THE LINES

BOOK I: MEN IN BLUE

BOOK I: THE LAST HEROES

BOOK I: BY ORDER OF THE PRESIDENT

This is a work of fiction. Names, characters, places, and incidents either are the product of the author's imagination or are used fictitiously, and any resemblance to actual persons, living or dead, business establishments, events, or locales is entirely coincidental. The publisher does not have any control over and does not assume any responsibility for author or third-party websites or their content.

A Jove Book / published by arrangement with the author

All rights reserved.
No part of this book may be reproduced, scanned, or distributed in any printed or electronic form without permission. Please do not participate in or encourage piracy of copyrighted materials in violation of the author's rights. Purchase only authorized editions.
For information, address: The Berkley Publishing Group,
a division of Penguin Group (USA) Inc.,
375 Hudson Street, New York, New York 10014.