Read In the Dark Online 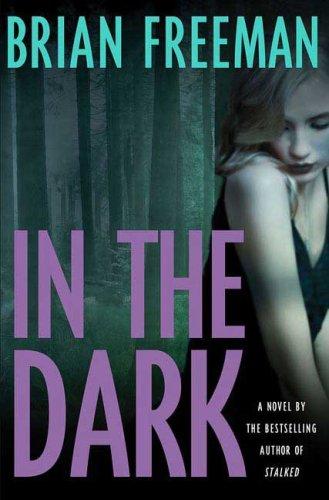 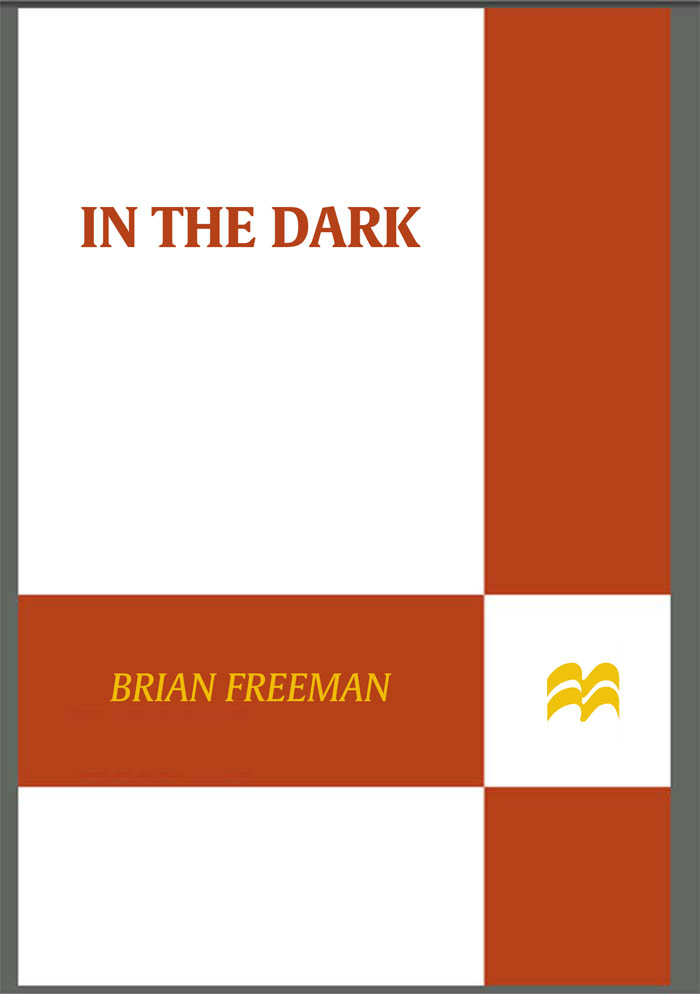 WRITE TO THE AUTHOR AT

This is a work of fiction. All of the characters, organizations, and events portrayed in this novel are either products of the authors imagination or are used fictitiously.

Thats my last Duchess painted on the wall,
Looking as if she were alive.

When I arrived home near midnight, I could still hear the whistle and pop of fireworks in the neighborhood. The slashing rain had finally diminished to drizzle and fog, and the streets were alive with illegal celebrations. Starbursts opened like hazy flowers over the trees. Sparklers hissed. Bottle rockets screamed. The summer night smelled like candy and burnt-out matches as I stood in the yard and watched the rainbow of lights around me. In the next block, I heard kids whooping as if they were bloodthirsty Indians. I felt wet and wild myself.

When I looked up, I saw that Lauras upstairs window was dark. There were no signs of life.

I crept into our house through the screen door and tracked damp, bare footsteps across the kitchen floor. I was quiet. I didnt want my father to hear me and ask me questions about where I had been and what I had done tonight. My mouth could lie, but not my face. If he saw me, he would ask me about Laura, too. Where was she? Who was she with? I didnt want to risk a repeat of last night.

I took the stairs two at a time, bolted into my bedroom, and locked the door behind me. I felt dreamy. Maybe this was what it was like to be on drugs. Without turning on the lights, I peeled off my soaked clothes down to my dirty skin. My thighs were bruised and sore. I was sticky down there, where some of it had leaked out. My body ached inside, but it was a good ache. A first-time ache.

Oh, God, the pill! I couldnt forget that, not tonight. I rummaged through my underwear drawer and found the pink plastic container I kept hidden in the back. I thought about taking two, just to be sure, but that was stupid. I also thought about throwing open my bedroom window and shouting to the world: CINDY STARR IS NOT A VIRGIN! Really stupid.

I pulled on clean panties, jumped into my pajama bottoms, and slipped a Fleetwood Mac T-shirt over my head. I didnt take a shower or brush my teeth. I lay down on top of the blankets with my eyes wide open. No way I was going to sleep tonight. I was too full of Jonny.

I had dropped him off at his house after we left the park. His mother was waiting up for him. She doesnt like me, but I know what shes been through since she lost Jonnys dad. It was that way with my dad, three years ago, when my mom died. Mrs. Stride is terrified of losing her son, like Jonny is the last thing that reminds her of her husband. And Im a threat. She knows I love him. Were going to get married, I dont know when, but were going to get married. Im going to take him away from her.

Too many things in my head!

I sat up in bed and pushed my long hair back behind my ears on both sides. I needed to talk to someone. I dont have a million girlfriends, because theres always too much to do at home to be out spending time with friends. I thought about going downstairs and calling Jonny again, just to hear his voice one last time, but he was probably in bed by now, and his mother would answer, and that wouldnt be a good thing at all.

I decided to talk to Laura. The truth is, I dont do that a lot.

You have to understand that Laura and I have always been close, but not really close, you know? Im seventeen, shes eighteen. Its just the two of us, but were like magnets that push each other apart. Im the funny one, the athlete, the flirt, and Laura is moody, mysterious, and scared of boys. Being opposites as sisters isnt such a good thing. Youre always looking in the mirror and thinking about what you dont have.

Its been hard for Laura since Mom died. She and Dad scream at each other all the time. Mostly, they argue about God. Laura stopped going to church after Moms accident, like it was Gods fault that we lost her. Dad tells her shes going to hell for turning her back on Jesus. Yeah, he really says stuff like that. Dad has always been a starched-shirt-on-Sunday Christian, even more so these past few years without Mom. He talks about God punishing him for his sins. I think it was just a drunk driver.

Me, I found out who I was after we lost Mom. I know how that sounds, but I had to take over, do the cooking, do the cleaning, keep the house together. I decided that you have to pick a direction in life, and thats that. Im going to go to college, marry Jonny, become a physical therapist, and help people recover from serious injuries. You know, like Mom never got a chance to do. Laura is jealous that Im so sure of where Im going.

I made up my mind to talk to her. I got out of bed and slipped down the hallway to her room. You cant really be quiet, because the floorboards screech like witches. I tapped gently on her door.

On most nights, the yellow lamp beside her bed glowed until very late, and I would find her with a book under her nose. Tonight there was no light under the door. When she didnt answer, I turned the knob carefully and went inside.

She wasnt there. She hadnt come home yet. I switched on the light, which made my eyes squint and blink. Her room was the way it always was. Laura was messy. Clothes on the floor. Albums stacked on her dresser by the record player. Posters of Carly Simon and Linda Ronstadt, both a little crooked where they were taped on the wall. Books everywhere. Virginia Woolf. Sylvia Plath. Gail Sheehy.

I thought back to the evening in the park. Laura and I drove up there together. I was meeting Jonny after his softball game, and he and I were going down to the lake to swim. I knew tonight was going to be the first time for us. Id been planning it for weeks.

The thing was, before Jonny showed up, Laura was acting weird. She was saying scary stuff I didnt understand. Then she asked me if I could keep a secret. I said sure, I could keep a secret forever if I needed to, which was true. But she never got a chance to tell me what it was. Instead, she went off by herself onto the trails. It was night. The rain was pouring down.

I never should have let her go.

I told myself that everything was okay. Laura had a rendezvous with a boy. Just like me and Jonny. That was why she was late tonight. I almost left her room, but then I saw something on her bed, and I realized I was wrong.

The letter was just like the others that had arrived anonymously over the past two months. Laura told me they had stopped. Why did she lie? I unfolded the piece of paper and stared at the grainy black-and-white photograph and what was scrawled across the page in red ink and almost sank to my knees and threw up.

Blazed by Amber Kallyn
B000W93CNG EBOK by Dillard, Annie
Mary Coin by Silver, Marisa
The Wolves by Alex Berenson
Bride for Glenmore by Sarah Morgan
Flawed by J. L. Spelbring
Silver-White (The Great North Woods Pack #1) by Shawn Underhill
The Russia House by John le Carré
No Regrets (No Regrets #1) by Heather Allen
The Reason I Stay by Patty Maximini