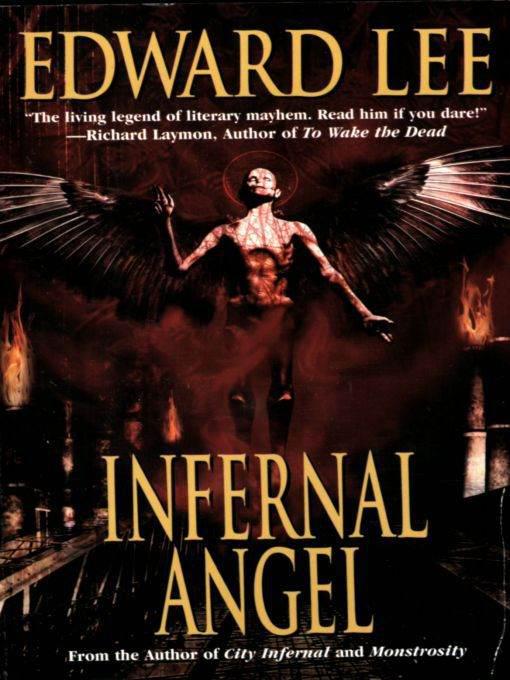 Epilogue
SIMON CLARK
GRAHAM MASTERTON
RICHARD LAYMON
ATTENTION BOOK LOVERS!
RAVE REVIEWS FOR EDWARD LEE!
“A horror extravaganza ... Lee’s twisted tale has an outrageously paranoid surprise that will keep fans of cover-ups and conspiracy theories reading to the final sentence.”
—Publishers Weekly on Monstrosity
“The living legend of literary mayhem. Edward Lee writes with gusto, guts, and brains. Read him if you dare.”
—Richard Laymon, internationally bestselling author
of
Darkness, Tell Us
“The hardest of the hardcore horror writers.”
—
Cemetery Dance
“Lee has penned some of the wettest, bravest terror this side of the asylum.”
—Hellnotes
“A demented Henry Miller of horror.”
—Douglas Clegg, award-winning author
of
The Hour Before Dark
“Adventures galore.”
—Publishers Weekly on City Infernal
“Utterly intriguing.”
—Horror World on City Infernal
“Lee is a writer you can bank on for tales so extreme they should come with a warning label.”
—T. Winter-Damon, co-author of
Duet for the Devil
“Lee pulls no punches.”
—Fangoria
NEW IN TOWN
Why would Walter dream such a thing, such an
awful
thing?
He was standing on a street corner in a city, but it was unlike any city he could have ever imagined. The midnight sky was ruby-red, the low sickle moon was black. He could only see these features, though, by looking straight up because the buildings lining the street must’ve been hundreds and hundreds of floors high, skyscrapers unlike any he’d seen. He got dizzy just looking up.
Do they even make buildings that high?
he questioned himself.
“They do here,” a little girl said.
She was skipping down the street, smiling at him. Walter almost fell over. Her pigtails flipped as she skipped. She wore black-strapped shoes and little white socks, a bright red-and-white checkered dress. Deep lines ran down her gray, wizened face. The girl was mummified.
She was playing hop-scotch but the squares weren’t formed by chalk, they were formed by long, odd bones. She couldn’t have been more than seven or eight. “You’re in the Mephistopolis, you’re in Hell,” she told him....
Other
Leisure
books by Edward Lee:
MONSTROSITY
CITY INFERNAL 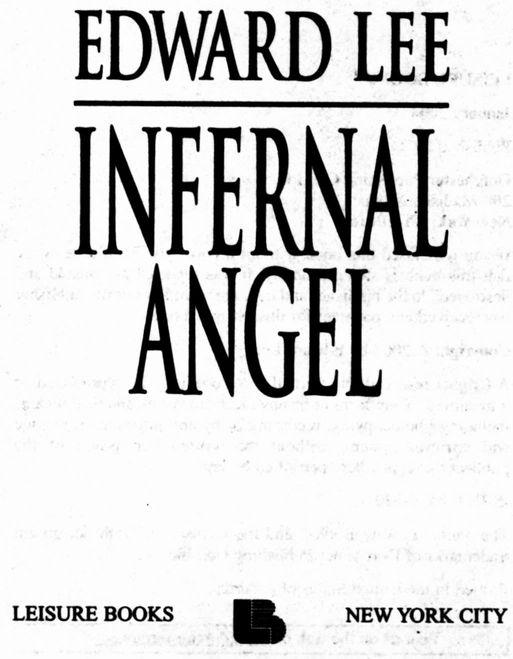 For Christy Baker & Bill Agans.
thunk.
LEISURE BOOKS ®
January 2004
Published by
Dorchester Publishing Co., Inc.
200 Madison Avenue
New York, NY 10016
If you purchased this book without a cover you should be aware that this book is stolen property. It was reported as “unsold and destroyed” to the publisher and neither the author nor the publisher has received any payment for this “stripped book.”
Copyright C 2003 by Edward Lee
All rights reserved. No part of this book may be reproduced or transmitted in any form or by any electronic or mechanical means, including photocopying, recording or by any information storage and retrieval system, without the written permission of the publisher, except where permitted by law.
ISBN 0-8439-5203-2
The name “Leisure Books” and the stylized “L” with design are trademarks of Dorchester Publishing Co., Inc.
Printed in the United States of America.
Visit us on the web at
www.dorchesterpub.com
.
ACKNOWLEDGMENTS
Though in debt to many, I need to acknowledge the following for their support, inspiration, and friendship. Tim McGinnis. Dave Barnett, Wendy Brewer, Rich Chizmar, Douglas Clegg, Don D’Auria, Tony & Kim Duarte, Dallas, Tom Pic, Bob Strauss, Wrath James White, and Bel Wilson (& Harold). Much gratitude also to Amy the Maémaè and Scott, Charlie, Darren, Cowboy Jeff, Julie, Kathy, R.J., and Stephanie. Thanks additionally to Teri Jacobs for cool names, music, and impetus for cryptography. Thanks to Jeff Funk and Minh.
Inestimable thanks to—,—,—,—, and
—
.
I am forever in your debt.
Prologue
The metropolis sprawls. The moon is black and the sky is the color of de-oxygenated blood. Screams rip down streets and through alleys, carried by malodorous winds. The people of this place trudge the sidewalks back and forth, to home, to work, to stores, etc., just as they do in any city. There’s only one dissimilarity.
In
this
city, the people are all dead.
What... is this place?
Cinny wondered. She lay in a stinking alley, flat on her back as if dropped there. Cut-off jeans and a holey t-shirt that read MOTORHEAD. A tiny tattoo on her ankle affirmed NOWHERE LEFT TO GO BUT DOWN.
What am I doing here?
she thought, but the thought speared her mind like an ice-pick. She tried to think back, couldn’t remember. All she knew was this:
I’m in a city...
It was too big for St. Pete, she knew. She turned tricks there all the time, when Harley Mack was either in jail or too strung out to deal ice. Cinny would do anything for Harley Mack—and she had, literally,
anything—
because she knew the only thing keeping them together was their mutual addiction to crystal methamphetamine. Her eyes opened wider, then she shrieked when something chittered alongside. A rat—a big one. She saw its shadow slip away into a pile of garbage. The animal looked the size of a puppy.
Cinny tried to get up but couldn’t yet. Her heart was beating funny—it did that a lot lately, when she smoked too much crystal at once—and her mind continued to reel, not just from the toll the drug was taking on her but from her confusion. Some john must’ve knocked her out and raped her; it happened all the time, a hazard of her profession and one she’d long since learned to live with. The fuckers were too cheap to fork over the twenty-five bucks, so they’d just hit her in the head with a blackjack or something, then dump her somewhere later. That must’ve been what happened.
Some trick jacked me out and dumped me here.
But—
Where, exactly, was
here?
She peered harder out the mouth of the alley, leaning up now on her hands. No, she wasn’t in St. Petersburg and she knew as well that this couldn’t be downtown Clearwater. This city was too big for either of those.
Tampa,
she realized. Right now Cinny was looking at some big buildings, and there were plenty of those in Tampa. It just seemed a whole lot of trouble, though. Why would a psycho john drive her all the way from St. Pete to Tampa just to rape her?
She thought back harder, her heart still beating funny, beating slow. Then some memories began to emerge, recollections that dashed her previous suspicions:
Wait a minute... I wasn’t turning tricks tonight. I was with Harley Mack. We were breaking into that place
—
it was a pharmacy or clinic or something...
The memories continued to jell. Harley Mack had gotten wind of a local medical clinic that had a lot of Dilaudid and other synthetic smack stored in its pharmacy vault. That kind of stuff went for big money on the street these days, so he and Cinny had broken into the place ...

Illusions of Love by Ella Price
The Making of Americans, Being a History of a Family's Progress by Stein, Gertrude
DarkStar Running (Living on the Run Book 2) by Ben Patterson
The Familiars by Adam Jay Epstein
Just Let Me Love You by S.R. Grey
Summer People by Brian Groh
Don't Sleep, There Are Snakes by Daniel L. Everett
A Spy in the Shadows (Spy Noir Series Book 1) by Randy Grigsby
The Anarchists by Thompson, Brian
The Myron Bolitar Series 7-Book Bundle by Harlan Coben