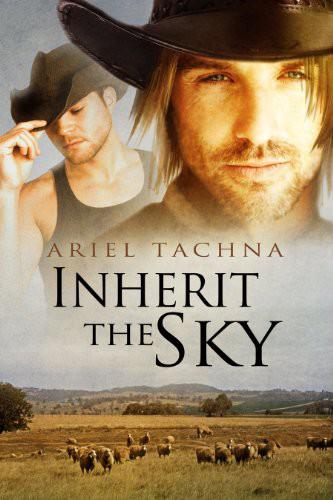 “…one of the most emotionally rewarding and uplifting love stories that I have read in a long time.” —Dark Diva Reviews
“This is one of the best books I have ever read.”
—Judging the Book by Its Pages
“…a fast-paced story with a well developed storyline that will leave you begging for more. It’s a story about overcoming hatred and bigotry, the joys of parenthood and discovering love when you least expect it.” —Literary Nymphs
“…a sweet and stirring novel about the power of love and family.” —Romance Junkies

“…a seductively sexy and romantic story.” —Night Owl Reviews
Out of the Fire
“This story tore at my heart.” —TwoLips Recommended Read “…something in it for just about everybody who has a kink…” —The Romance Studio
Once in a Lifetime
“… a coming-of-age story that introduces heart-pounding firsts and nostalgic lasts.” —¡Miraculous!
http://www.dreamspinnerpress.com
N
OVELS BY
A
RIEL
T
ACHNA

Her Two Dads
Inherit the Sky
The Inventor’s Companion The Matelot
Once in a Lifetime Overdrive
Out of the Fire
Seducing C.C.
Stolen Moments A Summer Place

WITH
N
ICKI
B
ENNETT
All For One
Checkmate
Hot Cargo 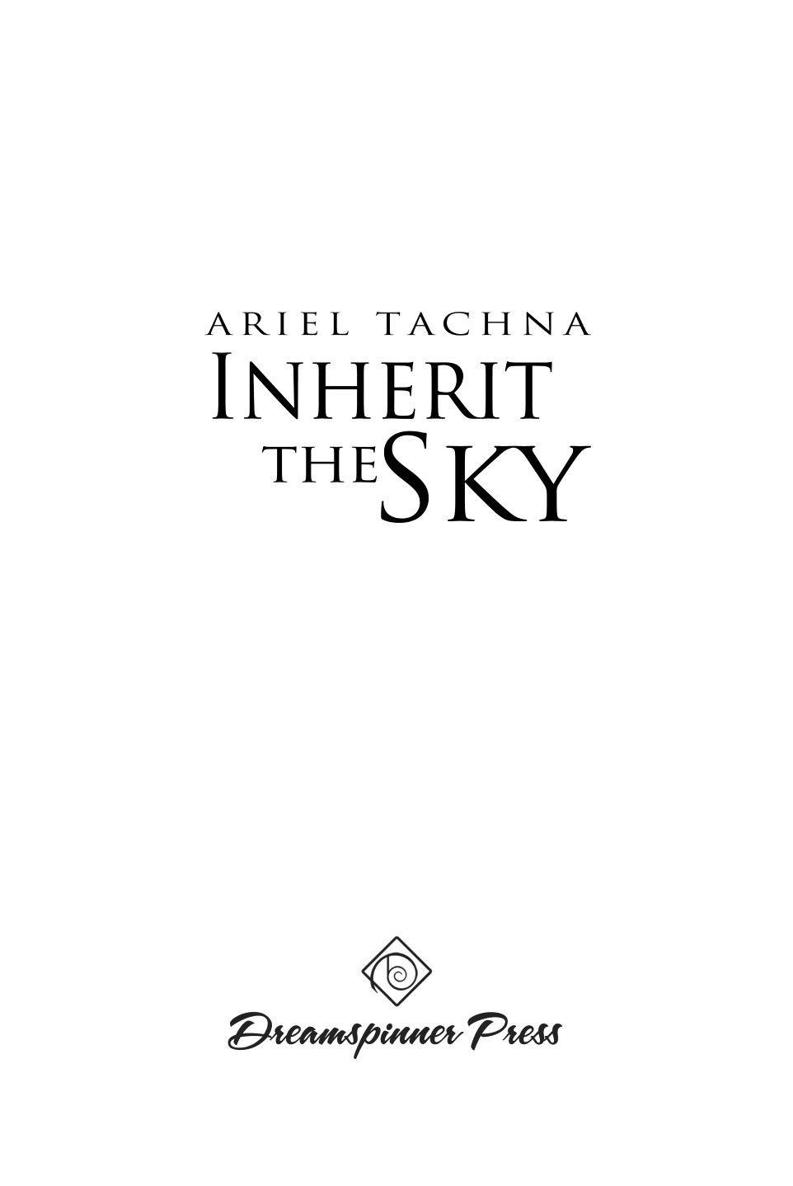 All rights reserved. No part of this book may be reproduced or transmitted in any form or by any means, electronic or mechanical, including photocopying, recording, or by any information storage and retrieval system without the written permission of the Publisher, except where permitted by law. To request permission and all other inquiries, contact Dreamspinner Press, 382 NE 191st Street #88329, Miami, FL 33179-3899, USA
http://www.dreamspinnerpress.com/

Printed in the United States of America First Edition
February 2012

To Nicki, who always inspires my muses, and to Isabelle and Meredith for teaching me about Australia.

AINE
EIHEISEL tossed his bag on his childhood bed and flopped down on the mattress next to it. Six years, down the drain. There hadn’t been any dramatic fight, any one moment when everything had gone south. It was more a slow, sinking realization that he and John simply weren’t going anywhere. They made fine friends, good roommates, but not great lovers. Not even halfway-decent lovers recently. Caine chose to say they’d grown apart rather than to think John didn’t desire him anymore. His self-esteem didn’t need another blow. It was bad enough being stuck in the mail room at Comcast for nearly ten years. He’d applied for promotions, of course, but he always seemed to get passed over.He didn’t think he could deal with losing John’s interest that way.

He’d have to start looking for a roommate or another place to live. He couldn’t afford the rent on his own. That hadn’t been an issue when he’d moved into the condo. John had been more than willing to pay for half in exchange for living in the Gayborhood in Philadelphia. Caine would miss the convenience if he couldn’t find another roommate, but that was the way his life had been going recently.

“Caine! Dinner’s ready.”
Caine sighed and went to join his parents.
“We’re having your favorite,” his mother Patricia said when he

“Thanks, Mom,” Caine said, relieved he got the words out without stuttering. He knew why his mother had made his favorite meal from childhood, and it had nothing to do with being glad to have him home for Christmas. She was trying to cheer him up. While he appreciated the sentiment, he didn’t want to spend his entire vacation being pitied. He had enough problems with that on his own.

“So what was in that letter from Australia?” his father, Len, asked, joining them in the kitchen.
“I’ll tell you over dinner,” his mother said. “Let me get the food on the table first.”
“Let m-me help,” Caine offered, wincing at the stutter. He apparently wasn’t as comfortable with being home as he’d thought he was. Chiding himself for dwelling on something he couldn’t change, he set the table and carried over the serving bowls as his mother filled them.
When they were all seated and eating, Len turned to Patricia. “So what was in the letter?”
“You remember my mother talking about her younger brother Michael who left England about the same time she married my father and came here?” Patricia asked.
Len and Caine both nodded. Caine had corresponded regularly with Uncle Michael as he was growing up, although their letters had become less frequent once Caine went away to college.
“He had a heart attack last week,” Patricia continued.
“Oh, I’m sorry to hear that,” Len said immediately. “Had he been ill?”
“I don’t know,” Patricia admitted. “After Mom died, we lost touch somewhat. We should have taken that trip to Australia we always talked about, but other things always seemed to be more important. That’s not all the letter said, though. It’s from the executor of his will. It seems he left everything to me.”
“To you?” Caine asked. “But why?”
“He never married or had children of his own,” Patricia explained. “I’m the only living relative he has. The executor wrote to explain the situation and to ask what I wanted to do with the sheep ranch he owned. Apparently it’s a huge chunk of land, several thousand square kilometers. Obviously I’ll have to sell it. I don’t know anything about sheep, and my life is here. I have no idea what selling it will entail, but hopefully the executor can handle it and transfer the money once it’s done and all the taxes are paid.”
Len chuckled. “I can just see us arriving on that old ranch. I’m pushing seventy and you’re not that much younger. They’d laugh us right back home if we tried to run it.”
Caine had to admit the image of his parents on a sheep farm in Australia would be funny to see. “It seems a shame to sell it,” he said. “Could you hire someone to run it and have them t-transfer the profits to you?If it’s profitable.”
“According to the executor, it’s quite profitable,” Patricia replied, “but I’m not sure how well it would work to have us over here and a foreman over there. We’d have no way of knowing if he was managing the ranch well.”
“I could go,” Caine said softly, the words out before he realized he had thought them. He’d always wanted to visit his great-uncle, but the trip they’d planned in such detail in all their letters had never come to fruition. Like so much else in his life.
“That’s sweet of you,” his mother said, patting his hand, “but you have a job, a life in Philadelphia. I couldn’t ask you to give that up for this.”
There wasn’t much to give up as far as Caine was concerned. “Let’s think about it for a d-day or two at least,” he said, his mind racing with sudden possibility.“Don’t rush into a decision.”
“Oh, Caine, I know you always wanted to visit the ranch, but there’s a difference between a teenager going for the summer and you moving there permanently,” Patricia said. “You can’t go chasing pipe dreams.”
Caine sighed and let the matter drop for now, but after dinner, when he’d returned to his room to sleep, his mother’s words echoed in his head. Pipe dreams.
He was thirty-two years old, damn it. He’d tried being responsible and doing all the adult things that were expected of him, and that had gotten him exactly nowhere. In a dead-end job with a lover who didn’t love him anymore, and no prospects of anything better anywhere on the horizon. He had a “life” in Philadelphia that was killing all his passion, all his enthusiasm, all his drive. The sheep ranch in Australia could change all that. He’d have a lot to learn, but intelligence had never been his problem. He stuttered. There wasn’t a cause for it or a single thing he could do about it. Speech therapy had helped, but when he got nervous, it came back. He’d never get promoted because he’d never manage the interview well enough, and his bosses wouldn’t put someone with a speech impediment in a situation of working with customers. He got that, but it left him nowhere to go at Comcast and no real way of going anywhere else either.
In Australia, he’d run the ranch. Technically his mother would own it still, but he’d be the one in charge. He’d have to throw himself on the mercy of his employees and his neighbors until he learned how to manage it, but he wouldn’t be passed over for a promotion or a salary increase or anything like that. He’d have a job, a living, and maybe the change of scenery would be good for him. And if it was an absolute disaster, well, so was his life in Philadelphia.
He had no idea what it would take to immigrate to Australia, but he could find out. He might not be the best speaker in the world, but he knew how to research. Pulling out his laptop, he fired it up and started searching.
Two hours later, he had what he needed. Now he just needed to convince his mother not to sell the ranch.

“I’VE b-been thinking, Mom,” Caine said when he came down for

breakfast the next morning. “I want t-t-to go to Australia.” “Caine,” his mother chided. “We talked about this last night.”

“No,” Caine said, taking a deep breath to calm the stutters. “You talked about it. I looked it up online last night. I can m-m-move there because of the inheritance if you write a letter saying I’ll be running the r-r-ranch for you.”

The Husband Beside Me (The Devil Trilogy Book 2) by Evangelene
Witch Is The New Black by Dakota Cassidy
Spicy (Palate #1) by Wildwood, Octavia
La guerra interminable by Joe Haldeman
The Secret History of Extraterrestrials: Advanced Technology and the Coming New Race by Len Kasten
Silver Dragon by Jason Halstead
Tapestries 04 - Threads of Destiny by N. J. Walters
Teresa Medeiros by Thief of Hearts
Oprah by Kitty Kelley
Craving You (TBX #2) by Ashley Christin