Read Inside the Centre: The Life of J. Robert Oppenheimer Online

Inside the Centre: The Life of J. Robert Oppenheimer 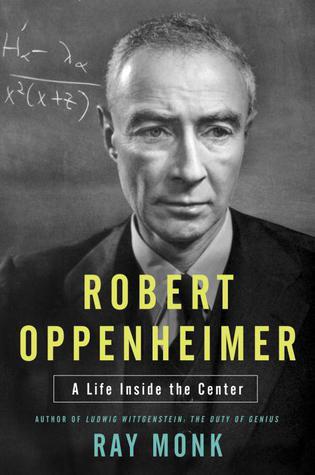 8. An
American
School of Theoretical Physics

J. Robert Oppenheimer is among the most contentious and important figures of the twentieth century. As head of the Los Alamos Laboratory, he oversaw the successful effort to beat the Nazis to develop the first atomic bomb – a breakthrough which was to have eternal ramifications for mankind, and made Oppenheimer the ‘father of the Bomb’.

Oppenheimer was a man of diverse interests and phenomenal intellectual attributes. His talent and drive allowed him, as a young scientist, to enter a community peopled by the great names of twentieth-century physics – men such as Bohr, Born, Dirac and Einstein – and to play a role in the laboratories and classrooms where the world was being changed forever.

But Oppenheimer’s was not a simple story of assimilation, scientific success and world fame. A complicated and fragile personality, the implications of the discoveries at Los Alamos were to weigh heavily upon him. Having formed suspicious connections in the 1930s, in the wake of the Allied victory in World War Two, Oppenheimer’s attempts to resist the escalation of the Cold War arms race would lead many to question his loyalties – and set him on a collision course with Senator Joseph McCarthy and his witch hunters.

As with Ray Monk’s peerless biographies of Wittgenstein and Bertrand Russell,
Inside the Centre
is a work of towering scholarship. A story of discovery, secrecy, impossible choices and unimaginable destruction, it goes deeper than any previous work in revealing the motivations and complexities of this most brilliant and divisive of men.

Ray Monk is the author of
Ludwig Wittgenstein: The Duty of Genius
for which he won the Mail on Sunday/John Llewellyn Rhys Prize and the Duff Cooper Award, and
Bertrand Russell: The Spirit of Solitude
. He is Professor of Philosophy at the University of Southampton.

Ludwig Wittgenstein: The Duty of Genius

Bertrand Russell: The Spirit of Solitude

Bertrand Russell: The Ghost of Madness

1
Oppenheimer with his mother (© Historical/CORBIS);

2
Oppenheimer in the arms of his father (© Historical/CORBIS);

19
Oppenheimer at Berkeley (courtesy of the Department of Physics, Physics and Astronomy Library);

12
The ‘Little Boy’ design, as reverse engineered by John Coster-Mullen;

18
The effects of the atomic bombs in Japan (courtesy of the Los Alamos National Laboratory Archives);

20
The cover of the first issue of
Physics Today
(courtesy of Berkeley Laboratory);

25
Oppenheimer with Paul Dirac and Abraham Pais at the Institute for Advanced Study (© Alfred Eisenstaedt/Getty Images);

Inside the Centre:
The Life of J. Robert Oppenheimer
Ray Monk

THE ORIGINS OF
this book lie in a review I wrote about fifteen years ago of a reissued edition of
Robert Oppenheimer: Letters and Recollections
, edited by Alice Kimball Smith and Charles Weiner. Until then, I knew about Oppenheimer only what everybody knows: that he was an important physicist, that he led the project to design and build the world’s first atomic bomb, and that he had his security clearance taken away from him during the McCarthy era because of suspicions that he was a communist, or even possibly a Soviet agent.

What I did not know until I read this collection of his letters was what a fascinatingly diverse man he was. I did not know that he wrote poetry and short stories, that he had a deep love and wide knowledge of French literature, that he found the Hindu scriptures so inspiring that he learned Sanskrit in order to read them in their original language. Nor did I know how complicated and fragile his personality was, nor how intense his personal relations were with his father, his mother, his girlfriends, his friends and his students.

Learning all this, I was surprised to discover that no full and complete biography of him had, at that point, been written. There was, I said in my review, a really great biography waiting to be written about Oppenheimer, a biography that would attempt to do justice both to his important role in the history and politics of the twentieth century and to the singularity of his mind, to the depth and diversity of his intellectual interests. Such a book would need to describe and explain his contributions to physics and to place them in their historical context. It would need to do the same with regard to his other intellectual interests and to his participation in public life. It would not be an easy book to write. In fact, it seemed perfectly possible that it would never be written.

Since I wrote that review, several books about Oppenheimer have been written and published, which attempt to rise to at least some of the
challenges I described. Chief among these is
American Prometheus: The Triumph and Tragedy of J. Robert Oppenheimer
by Kai Bird and Martin J. Sherwin, a book that was a long time in the making and the result of a staggering amount of research.
American Prometheus
is a very fine book indeed, a monumental piece of scholarship that I have had at my side ever since it was published. However (partly to my relief, since I was, by the time this book appeared, engaged on my own book), it is not the book I envisaged when I reviewed Smith and Weiner. Though Bird and Sherwin describe in exhaustive detail Oppenheimer’s personal life and his political activities, they either ignore altogether or summarise very briefly his contributions to physics.

Cursed In Love (The Adams' Witch Book 2) by E. M. Moore
Blood Knot by Cooper-Posey, Tracy
Jack In A Box by Diane Capri
Night and Day (Book 2): Bleeding Sky by White, Ken
The Agrista (Between the Lines Book 1) by Shannon Lamb
In His World (For His Pleasure, Book 28) by Kelly Favor
Hot Billionaire Sex by Taylor, Honey
The Kindness by Polly Samson
Any Way You Slice It by Nancy Krulik
Rough Play by Crooks, Christina