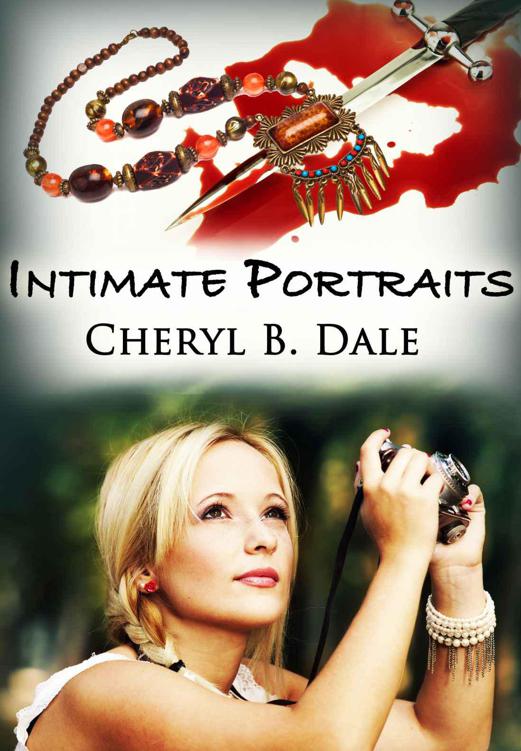 This ebook is licensed for your
personal enjoyment only. This ebook may not be re-sold or given away to other
people. If you would like to share this book with another person, please
purchase an additional copy for each person. If you’re reading this book and
did not purchase it, or it was not purchased for your use only, then please
return it and purchase your own copy. Thank you for respecting the hard work of
this author. To obtain permission to excerpt portions of the text, please
contact the author at
[email protected]
.

All characters in this book are
fiction and figments of the author’s imagination. They are not even distantly
inspired by any individual known or unknown to the author, and all incidents
are pure invention.

“No-o-o!”
The toddler threw his sippy cup
at Autumn Merriwell.

She sidestepped. It clipped her collar
bone but missed her camera and tripod.

“Okay,” she soothed him, thankful
that the bruise would get better. A broken Nikon wouldn’t. “It’s okay, Dalton.”

While the doting mother clucked
over her son, Autumn swept up the sippy cup, whipped out a tissue, and wiped
juice dribbles off the hardwood floor. “I think he’s tired, Mrs. Jenovese, but I’ve
got some good shots you can choose from.”

She’d better have. If she didn’t,
after thirty minutes of kicking and tantrums, she’d scream, too.

After assuring Mrs. Jenovese the proofs
would be ready by the middle of the next week, a relieved Autumn waved goodbye.

The little imp was so photogenic,
the shots should have been a breeze. A shame he felt so rotten today. A bigger
shame his mother hadn’t cancelled till his cold got better.

As Autumn took her next client—a
high school junior wanting a better senior portrait—back to the studio, her
receptionist caught her. Excitement made the rotund Iris bounce like a rubber
ball. “The
lady
you shot before Thanksgiving is on line one.”

The lady…? Sarita! Autumn had
given up on hearing anything.

“Be right with you.” She rushed
off to the teen’s “Hey! I need to get done here before—”

Over the phone, Sarita sounded
gravelly, like she lounged in bed after a late night. “I needed a break, and couldn’t
wait for Mom to get back next week so I sneaked out of LA early. I’m dying to
see those proofs. Can you be a doll and bring them over?”

“Sure.” Like Autumn would turn
down Sarita Sartowe, Atlanta’s homegrown living legend? No way. Especially
after pretty much writing off Sarita’s photo shoot.

Not that this was a request. The
international celebrity expected people to drop everything and jump when she
snapped her fingers.

Autumn obliged. “When would you
like to see them?”

“Okay.” And it was definitely
okay. Nothing mattered except that Sarita was still interested in the photographs
taken three weeks back: not the rushed senior picture for the impatient teen, not
the four remaining appointments that had to be reshuffled, not the forty-minute
drive in heavy lunch traffic. Nothing.

Sarita wanted to see the proofs!

At the entrance gate to the North
Atlanta mansion where Sarita waited, Autumn spoke into the box, pleased at how
calm she sounded. Like she met with celebrities every day.

But butterflies skimmed her
stomach. So much depended on this. If Sarita liked her photographs, the studio’s
reputation would be made. People from all over would come to Private Portraits
by Merriwell. She could…

No, don’t even go there. Wait to
see what Sarita says. She may hate them.

The wrought iron gate swung open,
allowing access up the winding drive to the neo-eclectic mansion, a wedding
present from Sarita to her mother and stepfather two years back.

At the double front doors, Autumn
took a big breath and pushed the bell. Chimes died away before one door cracked
to reveal Sarita in designer jeans and tee. Her eyes looked sleepy but her trademark
tiny braids were neat. “Come on in.”

Autumn stepped inside. In the
empty foyer, silence hung heavy. A lot different from the October shoot amid an
entourage of assistants, hairdressers, maids, and a bunch of other people
Sarita hadn’t bothered to introduce. “Are you all by yourself?”

“Yep. Just li’l old me.” Sarita
made a face. “I told you, girl, I sneaked off. I’m tired of those fools hanging
on all the time. Now let me see the pix. Sit.” The curved sofa faced a glass
coffee table. “Put them on the table here.” Sarita sank down on an ottoman by
the side.

Autumn laid proofs out as
commanded. She started to point out lighting and texture, but Sarita, intent on
the proofs, ignored her explanations. She hushed and tried not to fidget.

Occasionally, Sarita commented on
a hairdo or piece of jewelry but mostly she looked. What was she thinking? No matter
how Autumn studied her, her expression didn’t give a clue.

At last, Sarita sat back on the
sofa. Her arms stretched up, pulling the tee tight over perfect breasts. Sultry
lips pushed out in a bored pout. “Nice.” Her arms fell down. She let out a
disappointed sigh, cocked her head to one side, straightened a crooked proof.
Sighed again. “Very nice.”

So why should she? The woman had
the best photographers from all over the world panting to shoot her. She’d only
tried out Autumn because Reseda, who cleaned house for Sarita’s mother as well
as for Autumn, had asked her to.

Then Sarita’s indifference melted
and she hopped up. “I love them!” She squealed and did a victory dance.
“They’re effing unbelievable!”

Before Autumn could take it in,
Sarita grabbed her and whirled her around the glass coffee table where the
proofs lay.

She totally, absolutely,
positively adored the proofs. She had to have at least one eight by ten of
each, more of the fab shots she absolutely truly positively loved, definitely
one full length life-size pose. Or two. Or three.

“Oh, girl, when these get
released, every woman in LA is gonna be clamoring for you to take their
pictures!” She stopped, frowned and cursed. “You have to sign an agreement. My
stuff comes first, before you take on anybody else. We’ll put you on retainer
or something. You’ll have to move to LA.”

Retainer? Move to LA? Autumn,
dazed, recovered enough to say, “Let me get my order sheet and fill—”

Sarita waved a hand. “Later.
Leave the proofs and I’ll have my PR man get back to you with how many we need and
all that. I can’t believe how super effing great these are! Reseda and Momma kept
telling me you were something else, but I thought they were blowing smoke. The
only reason I posed for you was to shut them up.”

Not that Autumn cared why Sarita
had agreed.

An hour after she entered, Autumn
floated out of the half-timbered mansion, hopped into the studio minivan and
wheeled down the driveway. The day might have been gloomy, but not anymore, no
matter how gray the clouds. And wasn’t the sky lighter on the horizon? It was going
to be a beautiful weekend.

Going around a curve in the
middle of the quiet street, she almost ran into a florist’s van. A quick
swerve, a tap of the brake, and she was back in her lane. Her luck held out.

Not that her pounding heart
proved it. "Cool it, idiot. All you need is a wreck killing you before you
can deliver the biggest job of your career."

Lucky she didn’t meet any other
traffic till she hit busy West Paces Ferry. By then she’d settled down,
thinking of what Sarita had said about putting her on retainer but mostly…

Sarita liked the proofs. After
sweating it for weeks, deciding the diva had forgotten her, mentally writing
off her big chance… The waiting was over.

Autumn thumped the wheel in
triumph, giggled again. No need to worry any longer. She might as well go by
Perimeter Square since she was so close, and pick up a holiday top for the
weekend. A mountain weekend with the Degardoveras after this morning’s coup
would top everything off. Kind of a celebration.

And then the lurking thought came
out into the open, unbidden, unwanted.

Rennie’s in LA. I can see him
again
.

An easy job, Bernie had told Sam
Bogatti. Get in, do her, collect the stuff, and get out.

Easy. Yeah, sure. He’d found the stuff
all right, but Sarita had bolted LA for Atlanta. So as quick as he’d handed the
package off to the courier, he’d had to haul ass across country.

Huh. Everything was always easy
for Bernie, snug in his law office, drawing up wills or contracts or whatever
the shit he did to earn his twenty percent. Bernie’s ass wasn’t on the line.

I could’ve gone to school
. Sam chewed gum and wheeled the
van off the Perimeter.
Been a high-priced lawyer like Bernie. Took my cut
off the top and never got my hands dirty
.

Yeah. Right. Stuck at a desk,
choking in a tie, dealing with assholes like Bernie every stinking day.

Nah, he couldn’t complain. Over
the years he’d made a lot of money and traveled all over. Like the west coast Tuesday,
the sunny south today. Never got to see much of the countryside, but the pay
made up for it.

Entering the exclusive neighborhood
that sheltered Sarita, he came around a curve and met a minivan half over the
center.

They missed each other by inches,
so close he could see the shocked, circled mouth under big sunglasses.

Sam wasn’t an excitable guy so he
didn’t overreact. But he did slow to a crawl. The GPS positioned the house a
block away, and he needed to check addresses anyway.

Mansions stood like isolated
castles among hardwood branches clawing at the sky, but thick evergreen stands
of pines, cedars, and hollies barred passers-by from seeing into yards even in
December. The owners of the castles valued their privacy.

A pedestrian appeared. On this
crisp December afternoon, the lone out-of-shape jogger gasped for breath as he
bounced his way back to health.

Sam, snug inside the van with its
stick-on vinyl panels advertising Betty and Lulu’s Flower Boutique, grunted. A
man could die trying to lose twenty years' worth of fat in a week.

Not him. He might be pushing forty,
but he had the body of a man ten years younger. His skinny frame might fool
people into thinking he was a wimp, but he kept himself in tiptop shape.

Had to for his job.

By the time he turned into the
winding driveway of the massive half-timbered Tudor dwelling sited across a
creek, the jogger had long since staggered out of sight.

Halfway to the house, a closed gate
met the van.

No
prob-lem-o.
He punched
in the code.
Thanks, Bernie boy.