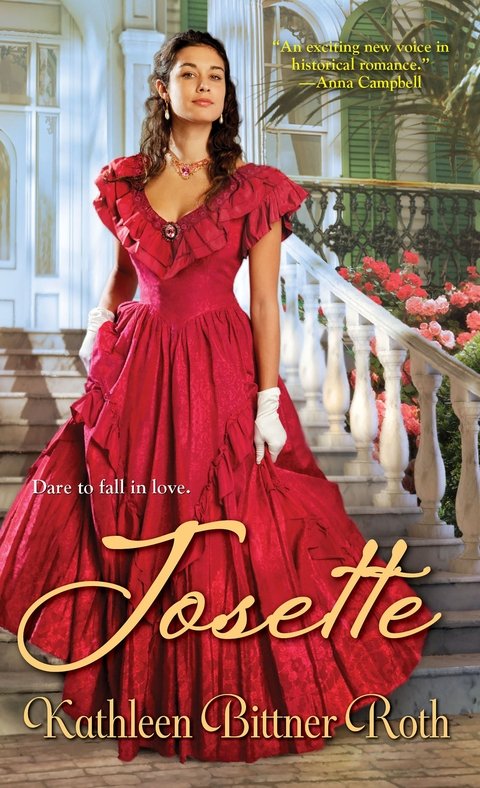 “YOU FEEL IT TOO, DON'T YOU?”
He leaned closer and his mouth brushed across her cheek until he reached her ear. She sucked in a hard breath that caught in her throat while a knot of confusion twisted her insides.
“I warned you not to toy with me, Josette, but since you insist on doing so, I intend to return tomorrow evening with another bottle of rum. Can you prove to me you can drink that much on your own?”
His words, husky and raw, touched the side of her neck and sent a quivering through her. She swallowed a moan. “I could and then some.”
What was wrong with her? Instead of gaining control, she was losing herself in him, and she'd just accepted a challenge she had no way of fulfilling.
He drew back in one fluid movement, and as he did so, his mouth seared her flesh, sending a hot pulse pounding low in her belly. She glanced down. Just long enough to catch sight of proof that he was as aroused as she was. He didn't miss her glance.
“You feel it too, don't you?”
Also by Kathleen Bittner Roth
Celine
Â
Alanna
Â
Â
Â
Published by Kensington Publishing Corporation
Josette
Kathleen Bittner Roth

The Tell-Tail Heart: A Cat Cozy (Cattarina Mysteries) by Shaughnessy, Monica
War of the World Records by Matthew Ward
The Girl on the Glider by Brian Keene
Take Me Home Tonight by Erika Kelly
The October Light of August by Robert John Jenson
The Seeker by Ann H. Gabhart
Taking Pity by David Mark
Silver Lining by Wanda B. Campbell
Singing in Seattle by Tracey West
Snow-Walker by Catherine Fisher