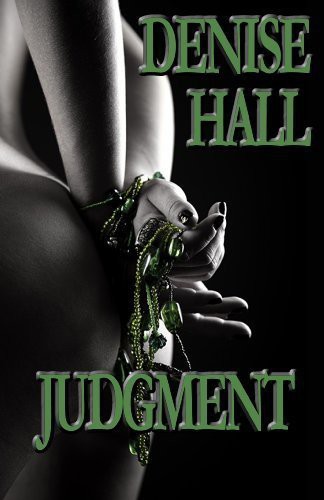 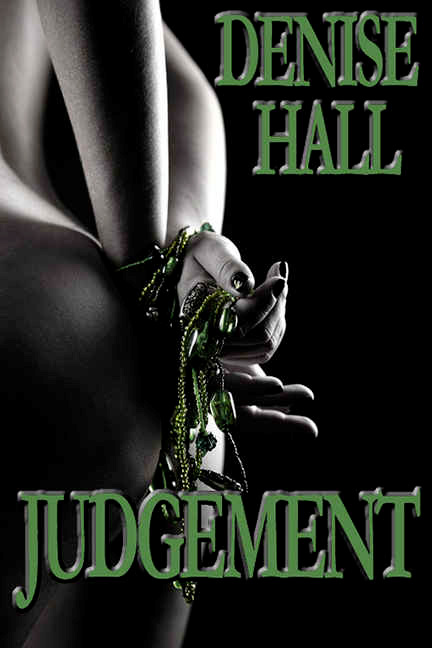 Once upon a time, a long, long time ago, I was fifteen years old, green as a twig, very interested in CP and I wrote this book. I have since grown up and experienced some of what interests me the most in this, my chosen genre. Having taken the rights to my book back from the now defunct Blue Moon Books, I have now revised the hell out of it. This is the re-written version, which I can now claim, with pride, as being mine. I wouldn't even line the kitty litter pan with the original.

Published by arrangement with the author All rights reserved.

This book may not be reproduced in whole or part, by mimeograph or any other means, without permission of the author.

His over-sized hands were hard and callused, yet strangely
gentle as they rubbed the soap over mine, lathering my arms
in a coat of bright pink bubbles. Steam rose from the running
tap water to fog the dirty tin mirror. It made little difference
as, obscured by dents and rust, a reflection could scarcely be
seen. But I studied my impassive face anyway, and he spoke
to me softly, taking great pains to keep his voice even and
calm, as though he were trying to coax a frightened doe to
his hand.

"That's the way. Good girl, let's get the other hand now.

I stood still and straight beside him, my immobility leaving
him lightly holding my hands, washing them in his. Through
unrevealing eyes, I watched the lather change from pink to
gray as it soaked the ink from my fingertips. My prints had
been taken when first I was brought to the Los Angeles Police
Department. To identify me, they had said. But I couldn't
understand why. I already knew who I was. My Master named
me Mischief years ago.

The detective was nice. He was not a tall man, but more of
a medium build. With his graying head bent over my hands
and the sink, I could see he was becoming slightly bald on
top. He had combed his hair over to hide the spot.

He was not paunchy, as older men generally became. He
still had the lean, muscular figure of a man much younger
than the lines on his weathered face suggested. And his voice
7

was gentle and low as he spoke nonsensical words of comfort
to me. Were I not already so frightened, I probably would
have enjoyed the calming ministrations that were so closely
akin to my Master's own touch.

"Good." The Detective gave a satisfied nod. "Now we
rinse."

He passed both our hands under the steady stream of
water, cupping tepid pools in the palm of his hand to wash all
the way up my elbows.

I was momentarily startled and quickly glanced in the
mirror to see if my face retained its appropriate degree of
impassivity. It had.

Good. My Master said that word a lot, too. I wondered, and
not for the first time, if Daymon Tane, the Master of the
Masters, had begun to look for me yet. Would he even know
where to find me? Tears threatened, but I blinked them back.

Struggle though I did to smooth the fear from my expression,
my mouth started to tremble and quiver as so often
happened when I was scolded.

Wetting a coarse, brown washcloth, the Detective rubbed it
over a piece of the cheap pink soap until froths of bubbles
foamed up again. He passed it over my face and neck, then
chuckled ruefully. "Well, what do you know. There's a woman
under all this dirt."

I held perfectly still, letting him move my head as he
wished. I closed my eyes, feeling the comforting touch pass
across my cheeks, my forehead and eyelids. If I shut out his
voice, I could almost pretend it was my Master who cared for
8

me and not this stranger—kind though he was—who had
taken me under his wing.

Then came the questions.

"Who put the welts on you, honey?" the detective quietly
asked me. He wiped the soap away with the freshly rinsed
washcloth, starting me from my thoughts. "You don't have to
tell me, if you don't want to. But—" he shrugged, feigning a
nonchalance which the tightening of his mouth contradicted.

"—if it were me, I wouldn't want anyone to hurt me like that.

I could help you, you know. Honey, I could fix it so nobody
ever hurt you again. If you talk to me, I guarantee you'll
never have to go back to the one who did this."

My mask of indifference broke and fell away, revealing
naked terror. Though I struggled to keep silent as a Personal
should, a low keening wail rose up from my throat. The welts
criss-crossing my bottom pulsed and throbbed as I sank to
my haunches, forcing them to stretch over bruised, discipline-damaged flanks.

Hugging my shoulders, I rocked myself. I tried to pretend
my Master was there to keep me comforted with familiarity. I
needed him to keep me disciplined and safe. I did not want to
go with the Detective, I wanted to go home.

Why didn't he understand? I tried to enunciate clearly, but
it was so hard to remember how English sentences pieced
together. I know I got half the things I tried to say wrong, but
it had been so long since I'd had any need for the language of
my birth that, but for a stray phrase here and there, most of
9

it was faded from my mind. All replaced by my Master's
words, in my Master's tongue, now that I belonged to him.

So how to tell the detective that my Master had brought
me with him when he came to this awful city for a meeting
with the other masters? How could I tell him that, through my
own foolishness, we had gotten separated and I was now
lost?

My one memory from my free life was of the gypsies. I was betrayed by Hollywood. All the movies portrayed them as brightly clothed people, who worked for Dracula, wore gold earrings, stole children and traveled in packs, dancing for money to the jingle of tambourines in front of rickety wooden caravans. In not one movie did I ever see gypsies driving taxi cabs and picking up tourists at the airport. My particular gypsy didn't even wear an earring. If he had, I might not have climbed so readily into the back of that cab.

I don't remember losing consciousness. My next waking remembrance was of the three days I spent in the back of that dirty van on my way to Judgment. The incline up the mountainside was steep and the road unpaved. Every bump and jostle clanked our chains and tossed us haphazardly about in that great iron cage, which was built into the backs 10

of the gypsies' very old vehicles. There were fifteen of us; coughing, weeping, shivering and nude. All terrified beyond belief and huddled up against the bars as we strained to catch glimpses of our destination between the fluttering window curtains.

Judgment, a great dark fortress from a long ago age, impregnable, built back into the rocky earth to hide its immense size within the mountain itself. And the portcullis, black iron teeth surrounded by arching stone walls, crowning the top of that narrow, unpaved road and barring the way to intruders. The gypsy vans, three in all, drove undeterred straight to it.

The girl next to me whispered superstitions in broken, Russian-tainted English. This was Hell's Mountain. Mothers threatened their children with tales of this place and of the Devil, still reputed to live within. Though I did not know it then, I was to become intimately acquainted with him.

The manacles on my wrists clanked as I moved to grip the bars, pressing my face to the cold metal as we reached the portcullis. The vans paused here, idling but a moment before a groan sounded from deep within those walls. There was a squeal of metal scraping metal and then the iron teeth began to rise, allowing us entrance into that dark, gaping maw.

The Russian girl broke down, weeping, but I hardly spared her a glance. She and others like her had been crying since I first came back to awareness three days ago. The rest of us all shivered in abject silence, helplessly wondering which of us—or if all of us—would be sacrificed to the mountain Devil's cruel intentions. All I could think was: oh please, dear God, 11

not me! I was an American. Things like this weren't supposed to happen to me. Another Hollywood betrayal. But one which I had been loathed to let die as easily as my first misconception. In my stubbornness, I had fought my captors at every resting stop along the way. Looking back, my efforts were pitiful, to say the least, resulting only in my obtaining a belt-striped back and much harsher treatment from the gypsies than any of my sisters in suffering.

I turned my head, shifting to the back of the cage to watch as the heavy, wrought-iron gate fell shut behind the last of the vans. The entire mountain seemed to tremble with the force of that closure. I felt the vibrations of it within me and the awful finality was more terrifying than anything I had experienced in all my twenty years.

The vans came to a stop in a vast, empty, stone-cobbled courtyard. I felt the vehicle rock as, in the separated front, the gypsy men stepped outside. After only the slightest of pauses, the back doors swung open. One at a time, my companions were taken from the cage and led around the van, out of sight. They went almost docilely—I think they had quite given up—until the only one left in that first cage was me.

While my sister captives had been escorted each to her fate by two gypsy men a piece, all four men from my van now appeared at the mouth of the cage. They stared at me in silence, studying while I cowered in the very back, my every instinct screaming for me not to make this easy for them. It was a lost battle from the beginning. Eventually, they would 12

Charming The Warriors (The Charmer) by Sanderson, Danielle
Wonderful Room by Woolley, Bryan
Catherine Coulter by The Valcourt Heiress
Snowflakes on the Sea by Linda Lael Miller
The High Places by Fiona McFarlane
Their Runaway Mate by Cross, Selena
My Very Best Friend by Cathy Lamb
Women Who Love Black Meat by Elaine Shuel
The Bourne Objective by Lustbader, Eric Van, Ludlum, Robert
Go Tell It on the Mountain by James Baldwin