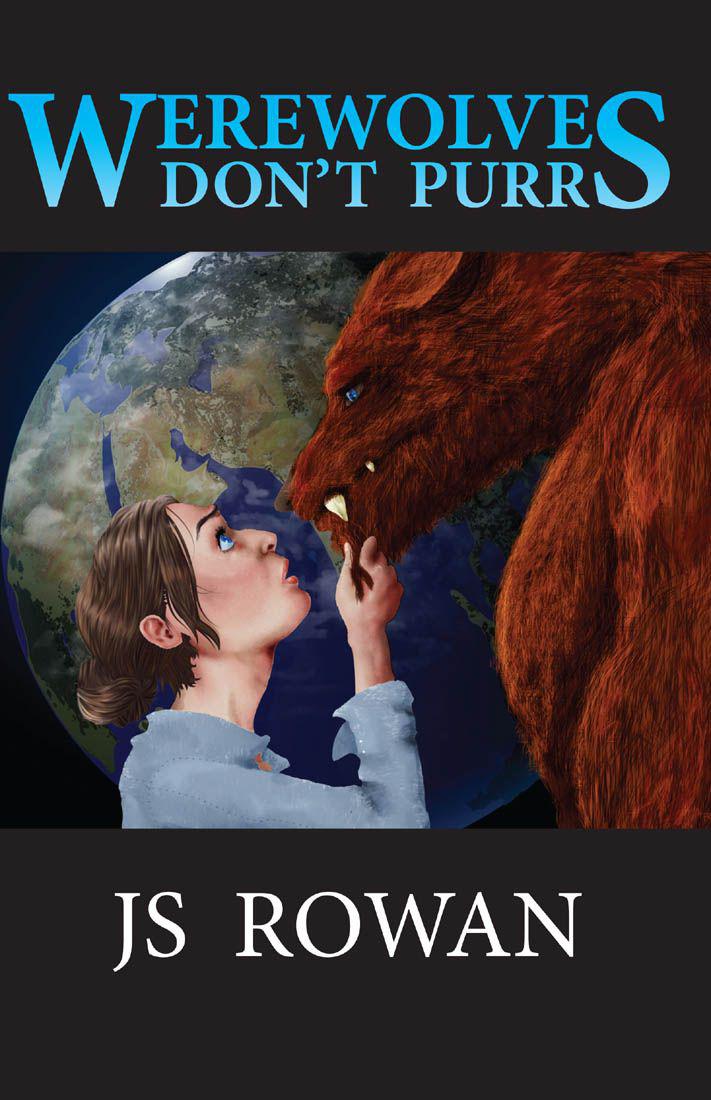 Without limiting the rights under copyright reserved above, no part of this publication may be reproduced, stored in or introduced into a retrieval system, or transmitted, in any form, or by any means (electronic, mechanical, photocopying, recording, or otherwise), without the prior written permission of both the author and the above publisher of this book.

Publisher’s Note: This is a work of fiction. Names, characters, places, and incidents either are the product of the author’s imagination or are used fictitiously, and any resemblance to actual persons, living or dead, business establishments, events, or locales is entirely coincidental. The publisher does not have any control over and does not assume any responsibility for the author or third party web sites and their content.

The scanning, uploading and distribution of this book via the internet or via any other means without permission of the publisher is illegal and punishable by law. Please purchase only authorized electronic editions and do not participate in or encourage piracy of copyrighted materials. Your support of the author’s rights is appreciated.

The werewolf and woman cover picture, the name Jupiter Fleet and the JAR USA logo are trademarks of JAR USA Publishing Inc., all rights reserved.

In the Jupiter Fleet universe, anyone violating copyright could expect an unpleasant visit from a large werewolf. In this universe, we have to content ourselves with sending lawyers instead. Hmmmm.

CHAPTER 4: Werewolves for Sale or Rent

CHAPTER 7: Would the Real Alpha Please Stand Up

CHAPTER 13: Come Out, Come Out

CHAPTER 15: You Can’t Get There from Here

Excerpt from “The Charge of the Light Brigade” from
Poems of Alfred, Lord Tennyson
(Boston: J. E. Tilton and Company, 1870).

Humble thanks to our readers and editors. This narrative has been grammar-and fact-checked by named and anonymous helpers. Special thanks to Thomas Priest-Brown, and Jim Wywrot, BSc, MEng, PEng, both of Ontario, Canada.

We especially thank our daughter, Elizabeth Rowan, BS (Hon), MASc for giving us “the look” when our science got too wacky, and our niece, Jennifer Lord-Rowan, for the cover art.

North of I-40 Near the Texas-Oklahoma Border

Theodore Stevenson (who preferred to be called Thor) sighted down his MacBros rifle. It was loaded with .950 JDJ silver rounds. This brand of rifle had become the most popular weapon in the world. Probably the best-selling item in the world, and for good reason.

It was the smallest size of rifle that would put down a werewolf with one round. That is, if you used a silver or gold round.

Werewolves could heal so quickly that anything less and they would be healing as they killed you. The gold and silver seemed to interfere with their healing ability. So if you could put a large enough hole in them, they would die.

The werewolf was standing still. Thor saw the werewolf’s ears turning back and forth. It was listening for the decoy noise that Thor had set up to sound another time. Thor gently squeezed the rifle trigger. The round exploded out of the barrel with a terrible roar. It caught the werewolf just below the neck. The neck and head disappeared in a haze of red gore.

Leona, Mary, and Will came out from their hiding spot in the underbrush.

“That is the third one today,” said Will. His voice was flat.

“Yeah, at a hundred dollars a round these werewolves are driving me to poverty,” said Thor.

“Better that than to be driven to the funeral home,” said Mary.

They all traded glances of agreement.

Will and Thor carried the rifle and the rounds back to the pickup truck. With the carbon fiber stock, carbon fiber tripod, and steel recoil absorber, the rifle weighed in at 105 pounds. So Thor—a big man at six feet five inches tall, and very muscular—carried the rifle. Each round weighed over half a pound, so Will’s job was to carry the one hundred rounds they kept with them.

In the back of the truck was a .50-caliber M2 Browning belt-fed machine gun with a two-hundred-degree swivel mount. It took at least two rounds from this weapon just to knock down a werewolf. That would allow you to escape. If you got on the CB after, and could raise anyone that was alive, then someone could try to snipe the wounded wolf. Of course, you might get lucky and hit the werewolf in the head.

“Those wireless decoys you set up all over the county sure have proved useful,” Will said.

“Yeah, but let’s get home before dark or the decoys won’t help,” said Thor.

“Well, it should be clear sailing between here and home,” said Mary.

“You and your superstitions, dear. You know my saying—it makes no difference.”

Will got in to drive and Thor took a stance on the fifty-caliber. Mary and Leona were in the backseat with twelve-gauge shotguns loaded with slugs. If they hit a werewolf with one, it would slow it down some.

As they started to drive home, Thor saw the sun reflecting off the large starship in orbit. It reminded him of the time when he first saw the ships.

The aliens had arrived about two years ago. Three ships: one over China, another over Europe, and a third over North America.

They did not destroy the human cities from orbit as the aliens did in most of the movies. Instead, they pretty much ignored the Earth’s military forces. Their ships were completely invisible to all the distance detection methods, including radar. Their camouflage was incredible, making them nearly invisible until they got close to the ground. Occasionally sunlight would glint from them, high in the sky, but even with a telescope there was little to see or photograph.

Earth’s missiles never got close to the main ships before being destroyed. Various nations’ fighter jets fared no better against the transports and shuttles.

The aliens sent two kinds of vessels down to the planet: large ones that they took captured humans in, and smaller ones that just contained werewolves.

Two of their transport craft had been shot down. The news media hailed that as a victory, but both military and civilian members of all nations had started to walk hunched over, eyes wary at any sudden sound. Only two alien craft destroyed—out of so many.

The first kill happened just as the alien crew opened the door to let loose some werewolves. A sniper had been able to shoot a heavy round through the door and the whole ship exploded. Well, actually the whole county exploded. The ship went up in a megaton explosion.

When it was reported on the news, everyone cheered. Except for the shooter and the other people close to the blast. And their relatives. And their neighbors. And all the government departments and businesses with contacts in the disaster area.

Various animal-rights activists set up a joint memorial for the trees and wildlife that were destroyed. Government and nongovernmental agencies erected plaques and wreaths to commemorate the dead people.

The other transport ship that was shot down was destroyed with a three-terawatt laser. That made a nice fireworks display in the upper atmosphere. But in response, the orbiting mother ship fired a seven-hundred-petawatt laser (Earth scientists’ best guess) and obliterated the entire facility containing the laser.

The news media spent a lot of time describing people’s reactions and profiling the dead. Meanwhile, eBay and “bricks and clicks” merchants struggled to satisfy the overwhelming demand for weapons and survival equipment—and video games. It was as if humanity had divided itself into the Passive digital party and the Active party of real-world action.

After a year, two of the mother ships had departed, leaving just the third one, in an elliptical orbit that covered the whole planet every twenty-four hours. Where the mother ship was didn’t seem to have any correlation to where the werewolves went on the planet, though.

The werewolves were the worst. No one ever knew where they would appear until the screaming started, and the signs of one of their small vessels approaching were minimal.

Thor was jolted out of his thoughts by the sight of five werewolves tearing apart a car on the road in front of the truck. Will spun the truck around and Thor cocked the fifty. Thor waited until the truck stopped its fishtailing turn to open up with the machine gun. He hit the werewolf closest to him five or six times in the chest. That caused the wolf to collapse on the road. There was no time to see if it was dead, because another wolf was closing on the truck.

Will hit some large bumps, flinging Thor against his retaining strap and causing him to shoot several large holes in the tailgate of the truck. Thor picked himself up, cursing loudly about the driving. By this time the werewolf was almost on them.

Leona, alerted by the cursing, had poked her shotgun through the back window. The werewolf leapt into the box of the truck with a mighty crash. It knocked the barrel of the fifty-caliber away from Thor just as he was trying to get the barrel trained on it. This sent him flying over the side of the truck, again testing his retaining strap. Leona fired, hitting the werewolf in the right eye and through the brain. The silver slug ensured that the werewolf died. It fell backward out of the truck.