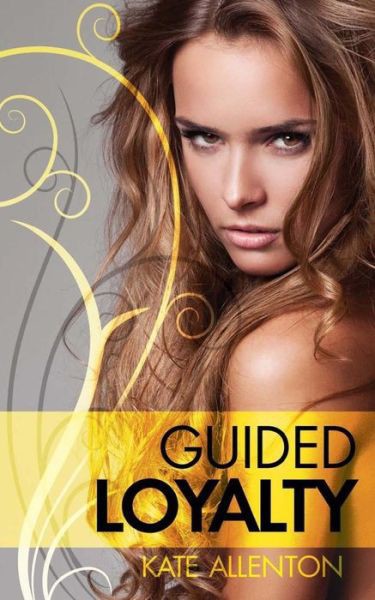 This ebook is licensed for your personal enjoyment only. This ebook may not be re-
sold or given away to other people. If you would like to share this book with another
person, please purchase an additional copy for each recipient. If you’re reading this
book and did not purchase it, or it was not purchased for your use only, then please
return to KateAllenton.com and purchase your own copy. Thank you for respecting the
hard work of this author.

Find other titles by Kate Allenton

This is dedicated to the real Cathy Fleming, who inspires me every day to be a

It’s with bitter sweet sorrow that is the last book that ends the series. The very

first Bennett book started with a meddling ghost, PMS, and a little bit of
womanly Intuition. It amazes me that from that little thought the Bennett’s were
born in my imagination that ultimately rolled into the Phantom Protectors when

I wasn’t ready to see the series die. No matter how many series I write, these
two, will always be near and dear to my heart for many reasons. Not only did it

propel my creativity and give me enough determination to start writing, but

they brought so many new friends and important people into my life.

As many of you know, I like to base most of my heroine’s names from old and

new friends alike. It’s those real women whose courage and support have

inspired me to continue this crazy journey. I value each and every new

friendship I’ve made and will continue to for the rest of my life. Keep

reading…and you too
might find your name
in a future book.

believed in my dreams, but the list is long and plentiful.

I AM truly blessed.

errors. I accept full responsibility for every extra comma I added :)

Joshua Samolewicz for amazing work on my book covers, even when I’m being

and support that keeps me moving forward on my journey.

Ethan paused outside of the restaurant and
pressed
his hand to the glass when he spotted Cathy
through the slit in the brown and red plaid curtains.
The
closed sign on the newly built restaurant
wasn’t the only thing keeping him from going inside. Cathy was seated at a long table with Tara on
one side of her and Gracie on the other. Her head
was
lowered as she pushed the food around on
her plate, never even taking a bite. Smiles and laughter carried on around her. Her friends were all
oblivious to her turmoil, but Ethan wasn’t. His cheeks heated, his pulse quickened, his blood

pressure had peeked to an all-new high. The window’s reflection mirrored back his bloodshot,

sunken eyes. He hadn’t had a good night’s sleep
in four
months, and he didn’t see relief coming
anytime soon. As if sensing him, Cathy glanced
up, her
lips turned down in a frown. She didn’t meet
his gaze, didn’t even know
he was there. Her eyes drooped with bags from
sleepless nights, her face
was pale, and she’d lost a bit of weight. How could her friends not see what was happening to her?
How she was hurting? Two minutes of staring at her and he could see it written all over her. She was
in the same pain that he knew all too well.

He fought against his instincts. Every fiber of his being told him to go to Cathy, pick her up,
and kiss the frown from her face. His soul was being pulled to hers. His wolf was pacing, and just as
agitated as Ethan was, while both man and beast tried to decide how best to keep her safe. He’d
known the moment he laid eyes on her that she was his. His one true mate, the one he’d spent his
entire life trying to avoid meeting. He wasn’t ready for this; he wasn’t ready for her…and she wasn’t
ready for him. Not yet.

The phone in his hand vibrated. He jabbed the button and held it up to his ear without even
looking at the caller ID. Only two people would be calling him on his new number; only two people
in the whole world had any inkling of who he really was or what he could do. He was more than just
a simple shifter; he had abilities that no one had ever seen.

“Where are you?” the familiar ice-cold voice demanded.

“What the hell is more important than assuming your new role? The territory bosses are
growing restless with Veronica’s death. They are starting to question my judgment and ability to
effectively deal with the Phantoms. You need to get your ass back here and take over your sister’s
role in the organization so we can plan our attack.
We
need to deal with the Phantoms once and for
all.”

Ethan sighed as he turned away from the restaurant and started walking down the cracked
sidewalk. The only way to protect Cathy was to
leave her.
He couldn’t afford anyone finding out
about her, anyone using her as leverage. There was
no
other choice.

“Veronica’s not my blood, and neither are you,
old
man. I don’t owe you anything.”

His father growled in irritation. He seemed
to be
doing that a lot lately. “If it weren’t for me,
you’d be dead like your parents and still in that godforsaken orphanage. Now get your ass back
here.”

Cathy was glad that dinner was over. Just a tad bit longer and she’d be able to politely excuse
herself from Tara’s room, at the compound, and head back to the townhouse where she was staying.
Trying to maintain a happy facade was exhausting, but nothing could have prepared her for Tara and
Brody’s confession. Cathy tightened her laced fingers together as she’d listened patiently while Tara
and Brody tried to explain why they had omitted important, life-altering details about Ethan. Ethan
Jacobs had been gone four months and, yet, she was just now being told he was a damn wolf. She
was in love with a shifter, and not just any wolf shifter but the same jackass who had walked out and
left her.

With all of the crazy things she’d encountered, and all of the special gifts she and her friends
had, she had not doubted that a man could turn into an animal. Nothing surprised her…not

anymore. Not in this day and age when best friends lied and an organization called the Phantom
Protectors existed to save humanity from psychopath’s hell bent on world domination. No, nothing
would faze her again. She’d had her own useful abilities, but now…after their betrayal… she didn’t
care if Black showed up tomorrow. Not now.

Sitting with her back ramrod straight, Cathy nodded and hoped the gut-wrenching hurt wasn’t
evident on her face. Her chest ached as she held back the tears threatening the backs of her lids. Just
one more minute and she could be alone. Just one more minute and she could have her breakdown.
Four months, she reminded herself. Four months of hell not knowing what had really happened to

Ethan, only being told he was okay and, yet, Tara and Brody had known all along. Cathy slowly
stood and moved to the door. Her mind was dazed, her vision blurred. How could they? She’d
handed them her friendship on a silver platter, only to have it tossed back in her face. Maybe it was
because of her heart that she trusted and loved
more than
most. The more she loved; the bigger the
fall when it was crushed. It was a shame; her
kick ass immune
system couldn’t fight off the hurt
from heartache like it could other diseases and infections that attacked her body.

Tara wanted her to say something? Well then,
by
god, Cathy wouldn’t disappoint. Cathy opened
the door and glanced over her shoulder. “You were
my
best friend.” Cathy narrowed her eyes,

wishing for just a second that Tara would feel the
same
stabbing hurt that was coursing through
Cathy’s heart.

“As far as I’m concerned, you can both go
to hell.”
Cathy’s voice held firm, and her words were
final.

Life wasn’t all about winning the good fights
and
living happily ever after. There were
consequences to decisions. There were hurts to
be felt
and wrongs to be righted, and it was about
fucking time she’d spoken her mind. She had a
heavy
feeling in her stomach, and it felt as though
her throat was closing up.
Her friends…. She half-heartedly chuckled at the
thought. Friends didn’t
do that to one another. The people she loved most were the ones who’d hurt her the worst.

It was time to deal with her life on her own terms, and it started now. Cathy’s gaze zeroed in on
the one person who could help her. She spotted Jonah standing in front of his desk, sipping coffee
while staring at the large monitor on the wall. She marched up to him, hooked her arm through his,
and led him unwittingly to the conference room along the wall. She closed the door.

“Uh…Cathy, is there something I can help you with?” Jonah’s gaze flickered to the closed door
before meeting her face.

Cathy leaned back, effectively cutting off the only exit from the room. “It just so happens
you’re the only one who
can
help me.”

Cathy gestured to a chair and sat across from him. “Have a seat.”

She spent the next ten minutes explaining what Tara had told her. When Jonah’s mouth hadn’t
dropped open at the mention of wolves, she got the answer she’d been looking for to her unasked
question; he’d known too, the prick.

Diary of an Assassin by Methos, Victor
The Weight by Andrew Vachss
Feral by Brian Knight
The Killer Koala by Kenneth Cook
Starling by Fiona Paul
Redemption in Love (Hearts on the Line) by Lee, Nadia
Darkness on the Edge of Town by Black, J. Carson
The Door by Mary Roberts Rinehart
Running Wild by Sara Jane Stone
The Little Selkie (retail) by K. M. Shea