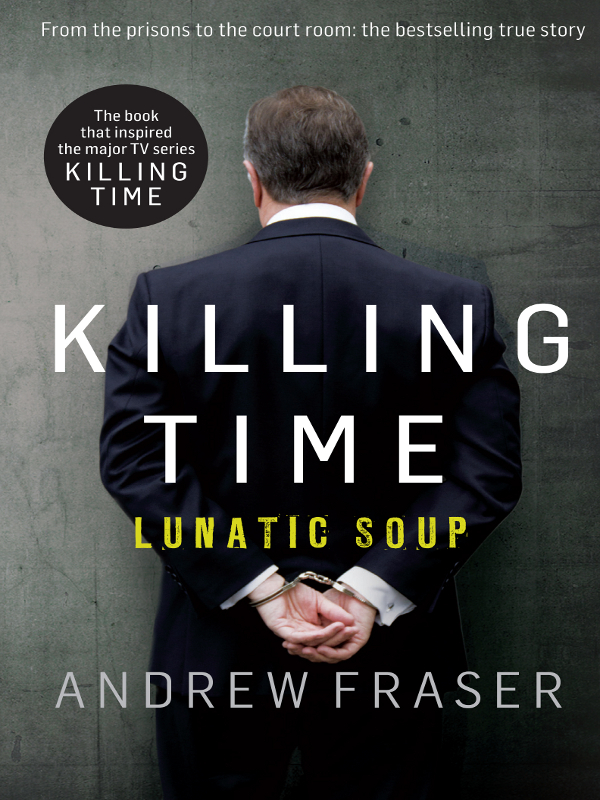 Published in 2010 by Hardie Grant Books

All rights reserved. No part of this publication may be reproduced, stored in a retrieval system or transmitted in any form by any means, electronic, mechanical, photocopying, recording or otherwise, without the prior written permission of the publishers and copyright holders.

Cataloguing-in-Publication data is available from the National Library of Australia.

Thanks to Victor the journey
has just begun.

Who's Who at the Zoo

Peter Dupas: The Story So Far

Living Next Door to Peter

The Garden of Eden

The Wheels Start to Fall Off

A Bolt from the Blue: The Odyssey Begins

Hot on the Trail

The Trial: Not a Nice Day at the Office

What Else? Solved and Unsolved Atrocities

The Vexed Question of Capital Punishment

In for a Penny, In for a Pound

Thanks to John Silvester and Andrew Rule authors of the Underbelly series for their assistance with background material.

By the time you read this book I will have been out of jail for more than two years and the odyssey that began with my arrest on 13 September 1999 will have concluded. My two-year parole will at long last have ground to a useless conclusion and after more than nine years I will again be a truly free man, no longer subject to any vagaries or constraints of the Victorian Government. It has been a long haul.

My original intention after release was to work on a mate's farm for some of the time and rebuild my shattered life, spending time with my children, for the remainder. But once I agreed to give evidence against Peter Dupas any thoughts of a quiet life went right out the window. I had no intention of writing a book about my experiences until the publisher Sandy Grant talked me into meeting with him, and at the end of that meeting I had been convinced to write not just one book but at least two books.

My first effort,
Court in the Middle
, was released in 2007. It was relatively easy for me to write because, among the trials and tribulations, many of the episodes I recalled were pleasant experiences in an interesting life.

This second book, however, has been no such animal. In writing it, I have had to take myself back to extremely unpleasant and sometimes dark and scary times and places, places I would have preferred not to revisit. Delving back into the dark recesses of my mind to life in Sirius East, the maximum security division at Port Phillip Prison, was extremely difficult. I struggled with a lot of the content as I often found it distressing to write about.

In this book, as in the previous one, I am critical of the legal system as we know it, the appalling state of prisons and the disgraceful way in which consecutive governments have played the Law and Order card only for their own short-term (political) benefit and not for anybody else's.

As long as there is no rehabilitation in jail (and it is not a question of degree; there is none) then society will continue to suffer. The penal system will continue releasing back into that society people who have done nothing during their prison system but sit on their bums and learn from fellow inmates the nuances of committing further and more complex crimes. Each time one of these former prisoners reoffends, society as a whole becomes a victim of crime.

Needless to say, I have been most interested in the reaction to
Court in the Middle
by politicians, the police, the courts and those who administer the prison system â namely, the Corrections Commissioner and all his employees. Not one of these people has had a single thing to say publicly about my book. No one has claimed that anything in it is inaccurate, incorrect or a lie. What have they all done instead? The usual trick: stick your head in the sand, ignore the elephant in the room, and hope to Christ that Andrew Fraser will go away. I won't!

As you read this book you will note that my contempt for the disgraceful state of the system has not diminished. I intend to keep agitating for prison and drug reform until somebody takes notice and the powers that be are faced with the inevitable: they have to address these issues head-on, no more prevarication.

I am in the unique position of being able to assess and make my observations from three perspectives: that of a practising criminal lawyer who visited nearly every jail in this country in the course of his professional life, that of an inmate, and finally that of a pivotal Crown witness.

As a lawyer you think you know and understand the system. But believe me, when the door slams shut on you personally for the first time, you are in another world. You are completely at the mercy of the whims and prejudices of those who run the system and hence rule your life inside. There is nothing you can do about it because the Court of Criminal Appeal in Victoria has effectively washed its hands of administering the criminal justice system within the prisons. The Court of Criminal Appeal has stated that proposition on more than one occasion. “We cannot tell the prison authorities how to run a prison,” is what you will hear them say. Pontius Pilate is alive and well and living in William Street, Melbourne. This leaves one wondering what hope is available to any prisoner who has been wrongly done by. I give a classic example of this later in the book.

After reading
Court in the Middle
some people said to me: “How did you get through it all? I don't think I would have made it.” In reply I ask another question: How do you deal with any crisis that life may dish up to you? It need not be the trauma of a prison cell. Anything can happen to any of us; for instance, the death of a child (every parent's worst fear), ill health, serious injury, loss of a business, going broke â¦ the list is endless. There is only one answer: Face the music! Place one foot in front of the other, never wavering in your resolve to somehow get through to the other end of the disaster that your life has become. One foot in front of the other, and days turn into weeks, weeks into months. Then, after what feels like an eternity, one year has elapsed, then another. Finally the big day arrives: you have made it, you are going home! Before that, however, you have to do a lot of soul searching and be brutally honest with yourself; otherwise you are wasting your time and the only person you are cheating with your delusional behaviour is yourself. You walk very carefully and do not rush in where angels fear to tread because to do so could well bring you unstuck.

Life is the ultimate teacher and there is so much to learn. As long as we learn from our mistakes then it has all been worth the pain and misery that these traumas bring. Life is great. I hope you enjoy
Lunatic Soup
.

Nervous, very, very dreadfully nervous I had been
and am; but why WILL you say I am mad? The
disease had sharpened my senses, not destroyed, not
dulled them. Above all was the sense of hearing acute.
I heard all things in the heaven and in the earth. I
heard many things in hell. How, then, am I mad?
Hearken! and observe how heathily, how calmly, I
can tell you the whole story.

How did I come to be here? Well may you ask! Unfortunately the answer is simplicity itself. As a lawyer of twenty-eight years' standing I had worked hard to build a successful practice. I practised criminal law and was available to appear for people seven days a week, twenty-four hours a day. During that time, needless to say, I made many enemies in the police force. But none more markedly than the now disbanded Drug Squad, and in particular Detective Senior Sergeant Wayne Strawhorn. While I have now been released for nearly two years, Mr Strawhorn has only just recently had his appeal against conviction and sentence dismissed for the corrupt activities of selling methylamphetamine precursor chemicals to Lewis Moran, a now-deceased client of mine, and his son Mark Moran. These men's deaths came about during Melbourne's notorious underworld war of the late 1990s and early 2000s.

When I realised Strawhorn was corrupt I took a large body of information regarding his activities to the National Crime Authority. Little did I know that to talk to the NCA was to set in motion my own demise.

To understand the full story we need to go back a few years, to when I first took cocaine in a social setting.

Anyone who says they don't like cocaine has, in my view, never tried it. Cocaine is a drug that seduces and destroys. It is all consuming. For many years I limited my cocaine use to the social level. It was only when I met Carl Urbanec, Werner Roberts, and Roberts's wife Andrea Mohr that the wheels started to fall off my life. These three people, eventually my co-accused, were professional cocaine traffickers and importers around the world, and had been for many years.

I had acted on behalf of Werner Roberts in relation to a back injury claim. Upon settlement of the claim I agreed to meet Werner for a drink at a bar in St Kilda, where I used to live, so that he could pay me for those legal services. After a couple of glasses of wine he asked “Do you still like a snort”? â indicating that he knew I didn't mind using cocaine. I told him I did indeed like a snort. He suggested I follow him to his home as he had a present for me. I followed him and there he presented me with a large lump â approximately a quarter of an ounce â of extremely high quality cocaine. The drug was suddenly readily available and literally around the corner from where I lived.