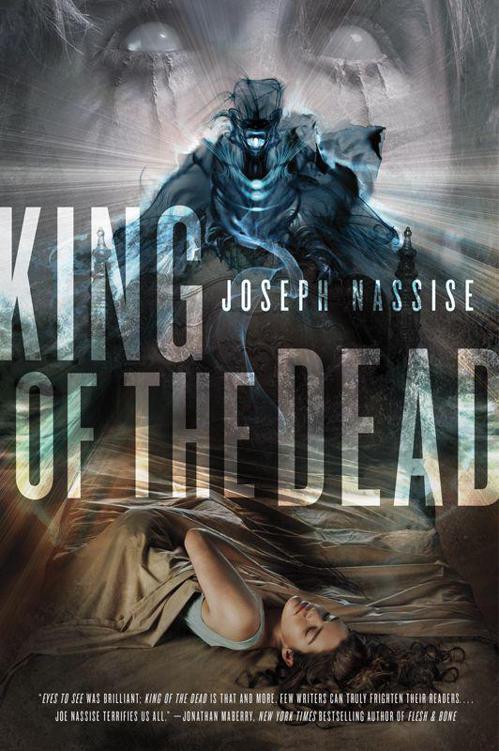 Life as an interstate fugitive isn’t easy. It’s not being on the run itself that’s so difficult: mankind has been wandering from place to place since the dawn of human existence. No, it’s the constant state of fear and anxiety that wears on you, little by little, bit by bit, until you’re ready to turn yourself in to make it all stop.

Being on the run turns you into a virtual prisoner; all that’s missing are the steel bars. You can’t go out without worrying about being seen in public. If you do go out, you end up having a terrible time because you’re constantly looking over your shoulder, wondering if you’ve been recognized. Then, when you’ve finally buckled under the strain of it all and retreated to whatever hole-in-the-wall you’re calling home that week, you spend the entire night waiting for that knock on the door, the one that heralds the arrival of the police who’ve come to drag your ass away to jail for the rest of your natural born life. All that and I didn’t even mention the never-ending itch between your shoulder blades, that constant sense you’re being hunted, tracked, like a fox fleeing before the hounds.

Fact is, life as a fugitive pretty much sucks.

You’ll have to take my word for it when I tell you that it’s even tougher when you’re blind.

I know. Cry me a river, right?

We, meaning Dmitri Alexandrov, Denise Clearwater, and I, had been on the run for the last three months. We’d left Boston in early September, just a half step ahead of an FBI agent named Robertson. Mr. FBI was convinced I was the serial killer known as the Reaper, a particularly vicious monster he’d been hunting for more than a decade. He also thought I was responsible for the death of a homicide detective named Stanton. To be honest, I did have to take some responsibility for Miles’s death; he wouldn’t have been following me and ended up getting himself killed if I hadn’t broken out of a holding cell at One Police Plaza.

Then again, if I hadn’t been illegally imprisoned and accused of multiple homicides that I couldn’t possibly have committed, I wouldn’t have had to break out of jail in the first place.

Oh, what a tangled web we weave.

It all started with the kidnapping of my daughter, Elizabeth, five years before. I didn’t know it then, but she’d been snatched by the supernatural equivalent of the man with a thousand faces: a doppelganger, or fetch as they were sometimes called, that could take the form of any creature it came into contact with. The fetch was the magically created twin of a sorcerer named Eldredge, who had been locked away in a mystical prison somewhere around the time the American colonies won independence. Eldredge eventually died, but not before he used the power that bound him to become a shade.

Shades are nasty business—incorporeal spirits imbued with the intelligence and power that they had in life, with no expiration date for their hatred or their craving for vengeance. With the right ritual and no small measure of arcane energy, a shade can even regain its physical form, or, in the words of
Star Trek
’s Spock, create life from lifelessness. All Eldredge needed to do was track down and slaughter the last living relatives of those who had originally sealed him away in that mystical prison beneath the earth and he’d be home free.

It had taken him more than a decade but he’d made good use of the time, sending his doppelganger crisscrossing the country, killing as it went. By the time I’d entered the picture he was down to the final four or five.

If the doppelganger hadn’t kidnapped my daughter, he probably would have succeeded.

Instead of completing the ritual and waltzing off into the sunset, he’d been forced to fight for his life and, in the end, the three of us had cleaned his clock and put him down like the rabid dog he was.

Before we had, though, his pet fetch had disemboweled Stanton and nearly killed the three of us as well.

We’d survived and had taken out Eldredge, something a powerful group of sorcerers two centuries before hadn’t been able to do. The fairy-tale ending I’d hoped for never materialized, though. I soon found out that while Elizabeth had been kidnapped by the fetch at Eldredge’s command, she died in an accident almost a year before.

Sending her ghost on to the rest she deserved was one of the hardest things I’d ever done.

And what did we get for all our trouble?

Three months of living as fugitives, with no end in sight.

Which was why we were parked in an empty lot in the warehouse district at midnight, trying to buy a set of fake IDs from a gangbanger named Carlos. He’d been recommended to us by the friend of a friend of someone Dmitri knew, which didn’t put him too high on the trustworthy list, but at least it gave us a place to start. We needed those IDs. With them, and the security of being able to do simple daily tasks, we could start to build some semblance of a life. It wouldn’t be what we’d had before; there was no way we could ever go back to that, but at least it would better than what we had now.

Things had been going pretty well, too, until the punk in front of me stuck his gun in my face.

I was standing next to the door of my car when he arrived in his low-riding Impala, the booming beat of a bass drum pumping out of his open windows. I had to struggle to conceal my smirk as he got out of the car and sauntered over to me. He’d killed his headlights before doing so and that had allowed me to give him the once-over from behind my sunglasses without making it too obvious.

He was five seven, maybe five eight on a good day, which put him four inches shorter than me. He was dressed in a pair of baggy pants that were belted on halfway down his ass, revealing the top of his boxer shorts, and a dark formfitting long-sleeved shirt, the kind the bodybuilders wear. The whitest sneakers I’d ever seen and a red bandanna tied around his left arm completed his getup. He was trying too hard and it showed; he looked more like Hollywood’s idea of a cholo than the real thing.

In the good ole days, before we had to run for the hills, Dmitri had owned and operated the best bar in all of Southie, which, when you think about it, was kind of unusual for a guy with the last name Alexandrov. But he’d successfully defended his territory against more than one attempt by the Irish mob to hone in on it, and it wasn’t until I’d known him for a few years that I’d discovered why. Besides being a mean son of a bitch, Dmitri had been one of the best fixers in the business. Information and equipment were his stock in trade; if you needed something, anything at all, you went to Dmitri.

It was his safe house that we’d been staying in for the last several weeks and when it came time to establish a new set of identities for each of us, it was his expertise that allowed us to set up this meet.

Something went wrong, however. We were expecting a professional and ended up with the farm team instead.

This punk with the gun.

The acrid smell of gunpowder filled my nostrils, letting me know the weapon had been fired recently.

That wasn’t a good sign, either. So far, our negotiations were off to a bad start.

I put my hands up without being asked and said in a soft, nonthreatening tone, “Easy, man. No need for that.”

Carlos must have thought he was now the big man on campus for he turned his wrist so that the weapon was practically upside down and waggled it back and forth in front of my face. “Shut up and give me the money,” he said with a sneer.

Nobody with an ounce of brains would fire a gun from that position and expect to hit anything with any degree of accuracy, so I could tell he was more bark than bite. If I could stall him for just a bit longer, I knew we could turn the tables on him, so I played the clueless white guy, full of indignation and completely out of his element.

Carlos grinned so wide that I could see the gold teeth in his mouth.

“I’m changing the deal, shithead. Give me the money before I put a cap in your ass!”

My whining tone did the trick. All he saw was some gringo in way over his head, which was exactly what I wanted him to see. It kept him focused on me and not on what was silently lumbering up behind him on all fours.

“Okay, okay. Take it easy,” I said, looking down and to one side, signaling my submission in a way he’d instinctively understand. “I’m going reach into my pocket and…”

“Stop talking and just do it, fool!”

I reached into the pocket of my coat and withdrew a thick envelope. I started to hand it over to him and then pulled back.

Carlos practically snarled as he snatched at the envelope in my hand. “Give me that!”

I pulled my hand back just enough to keep it out of his reach. The charade had gone on long enough. I glanced over his shoulder, saw what I was looking for, and dropped the scared gringo act.

“You might want to look behind you first,” I said, letting the boredom I was feeling with the whole situation color my voice.

Surprisingly, Carlos caught the change in tone. Maybe he was smarter than I was giving him credit for or maybe he just had a finely tuned sense of survival, I don’t know, but he seemed to recognize he was no longer in control of the situation. His eyes narrowed, and I could almost see the wheels turning in his head as he tried to figure out where the danger was coming from.

From directly behind him came a roar that suddenly split the night in two, shockingly close and loud enough to make my knees tremble involuntarily, despite the fact I’d known what was coming.

Poor Carlos didn’t have any such warning and he nearly wet his pants as that cry sounded from directly behind him, so close that he could probably feel hot breath on the back of his neck. His eyes got as round as saucers and he frantically spun around and tried to bring his gun to bear at the same time.

LUCA (You Will Be Mine) (The Sicilian Mafia Series Book 1) by Roberts, Jaimie
Hollow (Perfect Little Pieces) by Conway, Ava
Zectas Volume IV: The Salubrious City of Centzo by John Nest, You The Reader
Descent of Angels by Mitchel Scanlon
Marionette by T. B. Markinson
Skull Session by Daniel Hecht
A Devil's Touch by Victoria Vane
Hot Springs by Stephen Hunter
Bruiser by Neal Shusterman
Beauty & the Beast by Nancy Holder