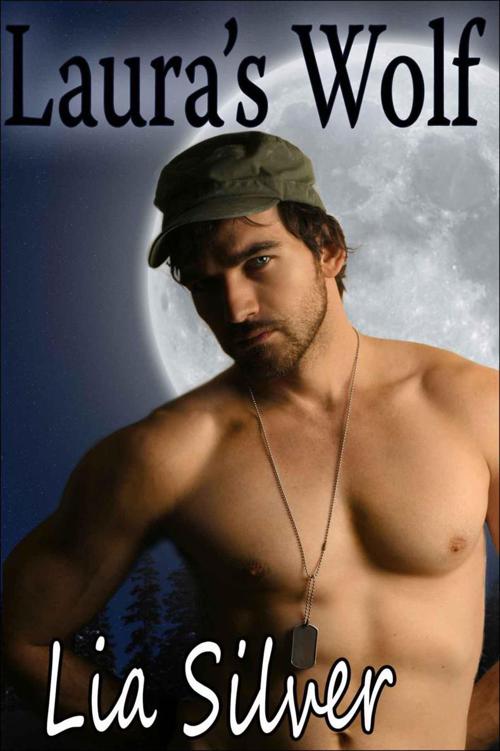 Chapter Three: Candle-lit Dinners and Walks on the Beach

Chapter Eleven: A Walk in the Woods

Chapter Fifteen: Run with the Wolves

Roy Farrell paced in circles around his cell.

He tried to tell himself that it was a private hospital room, not a jail cell or a cage. But he wasn’t convinced.

If it’s locked from the outside, it’s a cell,
he thought.

When he’d first woken up stateside after his helicopter had been shot down in Afghanistan, a doctor had told him that he was in a military hospital for wounded soldiers with “unique issues.”

Roy hadn’t taken it in at the time—he was too busy trying not to pass out or throw up. The glare of the overhead lights felt like red-hot knives stabbing into his eyes, the hum of the machines filled his head until he couldn’t think straight, the chemical smells nauseated him, and all of it together made his heart speed up like he was in the middle of a firefight.

Once he’d managed to tell them what was wrong, he’d been moved into a darkened, quiet room and repeatedly asked if he’d injured his head (maybe), or had a history of migraines (no), or had been exposed to chemical weapons (not that he knew of).

His wounds healed, but his senses remained stuck on overdrive. They gave him all sorts of medications, none of which did anything but make him sick or knock him out. They tried gradual exposure to various stimuli, as the doctors called everything that bothered him, which did nothing but create a depressingly long list of ordinary things that now hurt like hell. They gave him test after test, with results that were always inconclusive. At least, that was what they told him.

Finally, a woman came in and informed him that she was going to be his therapist. He’d assumed she meant physical therapist, and waited hopefully for her to give him some exercises. Instead, she asked him to imagine a bright light and tell her what emotion that made him feel.

That was when Roy figured out that “unique issues” was the polite way of saying “broken and crazy.”

But what military hospital—what psych ward, even?—wouldn’t allow him any contact whatsoever with the outside world? And what hospital of any kind never let the patients so much as see each other?

Roy finally told the main doctor, Dr. White, that he refused to cooperate with any more tests until they put him in touch with his commanding officer.

“You’re not ready for that yet,” Dr. White had said.

When Roy shouldered him aside and started to walk out, the doctor pressed a button on the little black box that all the personnel in this place carried. It never even touched him, but Roy dropped to the floor, unable to do more than twitch like a gaffed fish. Two guards dumped him on the bed, where he lay paralyzed for hours.

High-tech straitjacket,
Roy thought. Some bureaucrat had undoubtedly written up the whole incident, with a note like, “Violent outburst – not safe for release.”

The room seemed to get smaller every day. Pent-up anger and frustration surged through Roy. He wanted to punch the walls. But they were solid concrete—he’d checked, quietly, when his candles had burned out—and the last thing he needed was a set of broken knuckles.

He dropped to the floor and started doing push-ups, concentrating on speed and perfect form, trying to drive all other thoughts from his mind.

Sweat soaked his shirt and dripped from his face, making a tiny pool on the floor. His muscles burned, but he kept up his pace. Pain was information. This pain told him that he wasn’t yet up to his usual strength. He’d stop when it told him that he’d tear a muscle if he kept going.

He paused when he heard a knock. Before he could ask who was there, the door opened. Roy shielded his eyes against the glare of the corridor until the doctor closed the door again, leaving them in the flickering candle light.

In the low light, Roy could recognize the man: Dr. White, who had last visited him a week or so ago. It was hard to track time in this place. Roy didn’t know how long it had been since he’d last seen sunlight.

But he would have known the doctor even if he’d been blindfolded, by the man’s smell of burning rubber. Everyone had their own distinctive scent now, beneath whatever cologne they wore or antiseptic they used to clean their hands. His therapist washed her hair with lavender-scented shampoo, but her scent beneath that was hot and pungent, like fresh-laid asphalt. The guy who brought his meal trays smelled like green apples.

Roy hadn’t mentioned that aspect of his newly-heightened senses. The human odors weren’t unpleasant, even when he couldn’t bear their real-world equivalents, and he didn’t want to get sucked into yet another tedious round of pointless tests.

He got up and wiped the sweat from his face, eyeing Dr. White warily. The doctor had the little black box in his right hand, with the business end aimed at Roy. Of course.

“How have you been sleeping?”

The doctor gave him a skeptical stare, eyebrows raised. “Really.”

“
Fine
,” Roy repeated. He was done providing symptoms for them to dissect.

“I have some news for you. Take a seat.” Dr. White indicated the bed, then sat down on the chair nearby.

Roy reluctantly sat. The bed creaked under his weight. “What is it?”

“It’s for the best, really. I hope you’ll be able to adjust your expectations and take a more realistic look at your prospects. After all…”

Roy clamped down on the temptation to demand that Dr. White spit it out. If he made the doctor think he was going to get violent, he’d probably get shocked again. His only hope was to stay calm and appear cooperative.

Dr. White finally ran out of platitudes. “You’ve been given a medical discharge.”

Roy told himself that he’d known this was coming. Of course he’d been discharged. He couldn’t even handle an ordinary hospital ward, and he wasn’t getting any better. He’d be useless on the battlefield.

In the back of his mind, he heard a wolf howl in answer. Roy kept his expression blank. If there was one thing he’d learned all the way back in boot camp, it was self-control.

Roy wondered if he was imagining a greedy tone in the doctor’s voice, as if the man was sadistically eager to hear exactly how crushed Roy felt.

“I’ve been expecting this,” Roy said calmly. “I know that I have a disability. I hope it will get better with time and therapy, but I understand that I have to accept…” What was that depressing phrase the therapist kept using? “…the new me.”

Roy didn’t want to be the one to break the ensuing silence. He couldn’t sound
too
accepting, or the doctor would get suspicious. Or was silence also suspicious?

He wished this was a problem he could solve by shooting or punching his way out. He’d never been good at mind games. But he had to win one now, or he might never get free of this place.

“What would you like to be next?” Dr. White inquired. Now there was a man who was good at mind games.

Roy tried not to sound overly eager. “I think I’m ready to be an outpatient now. I’d like to get outside.”

Dr. White shook his head. “You’re nowhere near recovered enough to leave the hospital. Besides, we need to run more tests.”

“You’ve run tests on me every day for…” Roy had no idea how long he’d been locked up. Months, probably. “For ages. You’ve had me lifting weights and running laps! I’m in good shape. I’ll wear dark glasses. I’ll be fine.”

“We need to keep you here for your own safety. Unless…”

“Unless you tell us what you really are,” said Dr. White. “Or better yet, show us.”

Roy kept his facial muscles still, concealing his alarm. But his suspicions were confirmed: they did know his secret. Or knew that it was a possibility, at least. “I don’t know what you’re talking about.”

“I don’t.” Roy tried to look perplexed, but displaying the wrong emotion was a lot harder than keeping a stone face. He could tell he was doing a lousy job of it.

Behind whatever strange expression he’d shown the doctor, his mind was racing. If Dr. White already knew—if the entire hospital knew—then they’d never had any intention of letting him go. They’d keep him trapped forever to experiment on, like a lab rat.

Everything he’d gone through already—the tests, the pretense that he was crazy, the medications—was probably an experiment. Maybe he’d just completed test number 99, “How will the subject react to a strong hint that we know he’s a werewolf?”

An icy rage seeped into him, burning like frostbite. He didn’t know whether these people were a top-secret government black ops branch or some private organization or organized criminals or even agents from another country. But whoever they were, they were holding him against his will. They were the enemy.

A captured Marine has a duty to escape.

Roy mentally crossed his fingers that Dr. White really was a doctor. Or that if he wasn’t, he’d at least taken the same first aid course that Roy had, complete with the drill on the signs of a heart attack. Though Roy would normally be much too young for that, there was so much wrong with him already that anything bad ought to seem possible.

He hunched over, wincing. “Can we talk later?”

Pain in the chest, left arm, or jaw.

Chest seemed too obvious. He rubbed his left shoulder, squeezed the muscle of his upper arm, and winced.

A quick flicker of alarm passed over Dr. White’s face, followed by suspicion. Then his expression smoothed into exaggerated calm. “What are you feeling right now?”

“Frustrated. Angry.” Then, as if he was reluctantly admitting it, Roy added, “Sad.”

“Nothing. I’m fine.” Roy rubbed his shoulder again, as if he didn’t notice that he was doing it.

He heard Dr. White’s breathing speed up. If he listened hard, he could even hear the quickening thump of the man’s heartbeat. He’d never told the people here that he could do that, and he was glad of that now.

Dr. White took a step forward. “This isn’t the time to tough it out. Are you feeling sick?”

“I’m not
sick
. Maybe I ate something that didn’t agree with me.”

“A little.” Roy deliberately recalled the last time he’d thrown up, in vivid detail, until he started feeling sick for real. He hoped it would show on his face.

“Only a little?” Dr. White frowned, but Roy was glad. Clearly, something had shown.

“Uh…”
Cold sweat breaking out on his face. Jumping up and bolting to the bathroom. Realizing that he wouldn’t even make it to the toilet, and leaning over the sink.
“I’m sorry, I really don’t feel good. I better go to the bathroom.”

Roy stood up, then swayed as if he was dizzy.

Roy lowered his head, watching the doctor’s feet to see if he’d come closer and try to steady Roy before he could fall. To his disappointment, the shiny black shoes didn’t move. Roy sat down on the bed, heavily enough to make the frame shake.

The Nanny with the Skull Tattoos by Elizabeth Barone
Nobody's Lady by Amy McNulty
Little Brats: Georgia: Forbidden Taboo Erotica by Selena Kitt
Solomon & Lord Drop Anchor by Paul Levine
THE KISS OF A SEAL by Elizabeth, Anne
The Perfect Candidate by Sterling, Stephanie
Deception (Tamia Luke) by Naomi Chase
Mustang Sally by Jayne Rylon
Forbidden by Eve Bunting
The Dark Half of the Sun (The Young Ancients: Timon) by Power, P.S.