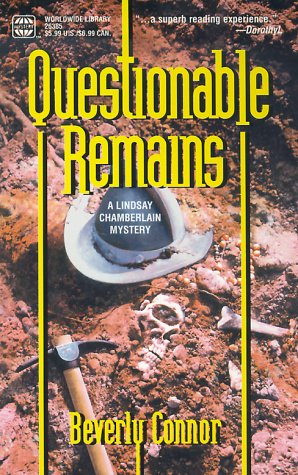 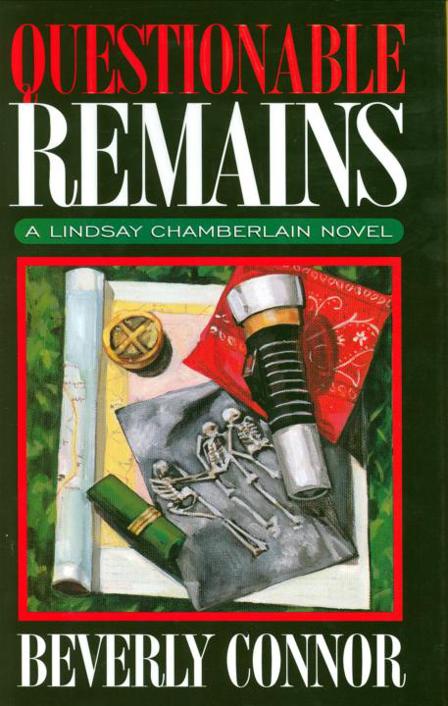 To my mother, Edna Phillips Heth

I would like to thank Diane Trap, Jean Stiles, and all the
members of the Harriette Austin Writer's Group for their
critiques and support. Thanks to my husband and my
mother for their support. My gratitude to David Hally, who
taught me to love archaeology. 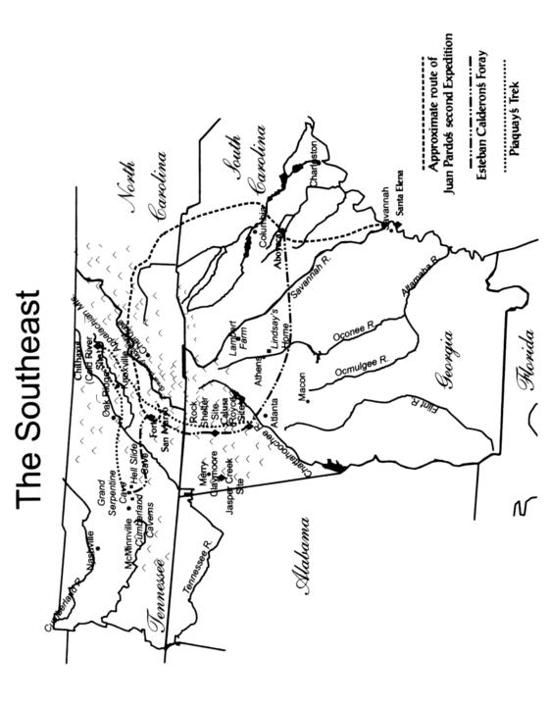 DR. CHAMBERLAIN." GERALD Dalton, Denny Ferguson's defense attorney, lay a hand on the mahogany witness box. "Dr. Chamberlain." He made a sweeping gesture
with his arm, taking in the entire jury, who sat fanning themselves with their notebooks and gazing at Lindsay through
skeptical eyes. "You ask these twelve men and women to
believe that you can positively identify my client as being
the man who shot Ahyoung Kim, even though the perpetrator wore a ski mask ... and you only got a glimpse in his
mouth as he was yelling at you to hand over your purse?"
Dalton removed his glasses and pretended to clean them
with his handkerchief, shaking his head as he focused his
gaze on his task. "My client could go to the electric chair," he
said, replacing his glasses on his nose. "Are you willing to
have that on your conscience? Weren't you scared? This fellow, whoever he was, had just shot Mr. Kim and now he
fixed his attention on you. You must've been terrified."

"Your Honor." The prosecutor, Max Gilbert, rose to his
feet. "Is Mr. Dalton going to cross-examine Dr. Chamberlain, or is he going to testify himself?"

"Dr. Chamberlain, don't most bone experts like yourself
use dental records to identify people, or are you able to Zen your identifications?" Dalton gave Lindsay a broad, sarcastic, toothy grin.

"Your client has very distinctive overlapping teeth,"
Lindsay replied, "as I have described in detail. I saw them
clearly and noticed them in spite of my fear, because observation is automatic for me. It's my job."

"It's your job," Dalton repeated. "Haven't you told your
students on many occasions that you need much more evidence to make a positive identification than to rule out a
person?"

"Yes," she answered. The heating system in the old,
small-town courthouse was on high, and Lindsay could feel
the prickly sensation of perspiration forming on her forehead. I must look guilty, she thought ruefully. She saw Mrs.
Kim and her son Albert out in the spectator seats. Mrs. Kim
understood little English, but she could read faces; her own
was filled with worry. Albert, who had dropped out of the
university to help his mother, looked angry. The defendant,
Denny Ferguson, sat staring down at his hands; occasionally he would look up at Lindsay with a half smile on his face.

Dalton's cocounsel sat tapping a pencil silently on her
pad of paper. She watched the jury for a moment, then shifted her attention back to Lindsay.

"Well, then," Dalton continued with exaggerated sarcasm, "forgive me if I don't quite understand. It seems to
me that all you can say about my client-after your brief
look in the perpetrator's mouth-is that you can't rule him
out. This is a far cry from saying that Denny Ferguson is
positively the man you saw."

"The man who shot Mr. Kim was your client." Lindsay
realized she sounded more stubborn than professional.

"Dr. Chamberlain, you require more supporting evidence
when you identify skeletal remains. Why are you requiring
so little for a man's life?"

"I have described your client's dentition in great detail. I
am sure of my identification."

The jury wasn't convinced. Lindsay could see that. Too
much rested on her testimony, and they didn't believe she
could identify Ferguson by having seen only his teeth. They
would not have noticed his teeth in that detail, and they
didn't really believe she would either. Denny Ferguson
would go free, even though Lindsay knew he was the one
who shot and killed Mr. Kim, the neighborhood grocersimply because Mr. Kim did not have enough money in the
cash drawer to satisfy him.

"You like the Kim family, don't you?" The defense attorney's voice was quiet, almost gentle.

Dangerous Abduction (O'Connor Brothers Book 2) by Rhonda Brewer
Protecting His Princess by C. J. Miller
Valkyrie Heat by Constantine De Bohon
The Wild Blue: The Men and Boys Who Flew the B-24s Over Germany 1944-1945 by Stephen Ambrose
ASHFORD (Gray Wolf Security #5) by Glenna Sinclair
The Creature of Black Water Lake by Gary Paulsen
Drowning by Jassy Mackenzie
A Remarkable Kindness by Diana Bletter
How a Gunman Says Goodbye by Malcolm Mackay
The Search for the Dice Man by Luke Rhinehart