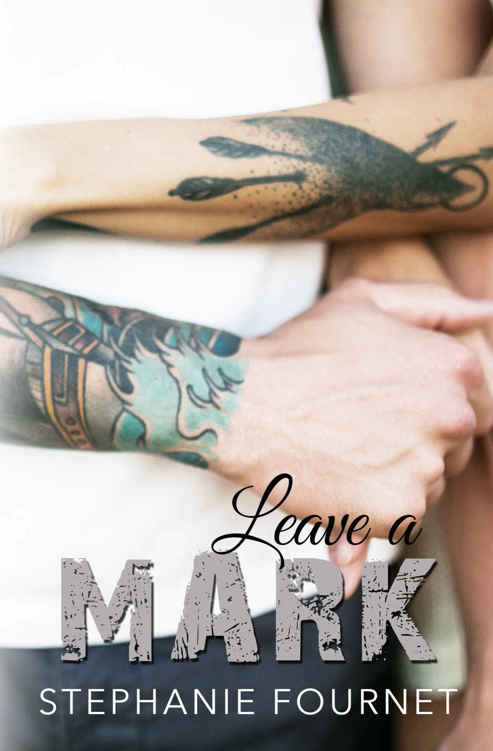 This is a work of fiction. Names, places, characters, and events are fictitious in every regard. Any similarities to actual events and persons, living or dead, are purely coincidental. Any trademarks, service marks, product names, or named features are assumed to be the property of their respective owners, and are used only for reference. There is no implied endorsement if any of these terms are used. Except for review purposes, the reproduction of this book in whole or part, electronically or mechanically, constitutes a copyright violation.

For Amy, Sarah, Emily, and Richard with love

He’d failed to get used to the twenty-four-hour shift, even in the fourth year of his residency. The fact that he worked two a week didn’t make life any easier.

Lee still had hours ahead of him before he could go home for the night, but if Mrs. Clark didn’t transition too quickly, he could crash in the bunkroom until his shift ended.

It was 4:03 p.m., and he’d come back to University Medical Center at six o’clock the night before. After eight deliveries — two of them preemies — Lee figured he’d need another twenty-four hours just to catch up on his charts.

But first, he had to sleep before he fell over. He waved to Elaine, the charge nurse, and pointed to the bunkroom. She smiled and gave him the
fingers crossed
sign. Lee opened the door slowly, just in case Mercer had found a few minutes to slip away, but the resident anesthesiologist was nowhere to be found.

He claimed the bottom bunk farthest from the door and collapsed.

With his face in the pillow, Lee frowned.

Are we going somewhere tonight…? What day is…

“
DR. HAWTHORNE? DR.
Hawthorne?
Lee!”
Elaine’s voice pulled him up from the dead.

He had to be dead. If he wasn’t dead, why was it so hard to move?

“Yeah?” He forced the word past his zombie tongue. His awful breath was further proof that he’d expired.

“Mrs. Clark says she’s ready to push. Should I tell Bev to have her wait?”

Lee bolted up. He hadn’t become an OB so he could have mothers and babies wait on him. It was supposed to be the other way around.

Lee blinked to unglue the contacts from his corneas. He stumbled out of the bunkroom and dragged a hand through his hair, sure that his cowlick stuck straight up like a rooster comb. At least Marcelle wasn’t around to see it. Glancing at his watch, he saw it was only 4:19.

“Well, hello, Sleeping Beauty,” said Bev Champagne, the labor and delivery nurse with as much sass as she had height. At 5’11”, she could look Lee straight in the eye when she laughed in his face — which happened more times than he cared to admit — but she was the best LD nurses at UMC.

“Is someone ready to be born?” Lee asked, ignoring her jab.

Lee crossed to his patient. She stared at him with alarmed brown eyes, so he smiled.

“I still hate needles, but think I’d like to change my mind about that epidural,” she said, still wide-eyed.

Lee tried not to let his smile grow. “Mrs. Clark, it’s a little late for that now, but this isn’t your first rodeo,” he said, shaking his head. “You did great the last time.”

The laboring mother didn’t look convinced. “Yeah, but this one’s coming a bit faster than Desiree. I mean—” She stopped mid-sentence and grabbed Lee’s hand. The fetal monitor echoed proof of her contraction, and Lee checked the baby’s heartrate. “Lord, I gotta push!”

“You go right ahead, Mrs. Clar—” His words choked off when she squeezed his hand in a death grip.

“Dr. Hawthorne, you aren’t even gloved and gowned yet,” Bev scolded. “Out of the way, and get ready!”

Bev pushed him aside and took his place. “He’s nice to look at, honey, but he’s just like every other man,” Bev told Mrs. Clark. “You have to tell him what to do every damn day.”

MRS. CLARK’S SECOND
child, a healthy son she was naming Antoine, was born at 5:04 p.m., which gave Lee just enough time to finish his charts before his shift ended. As always, natural births invigorated him, and he found himself looking forward to eating dinner and talking to Marcelle for a few minutes before he showered and crawled into bed.

As he turned onto St. Mary on his drive home, Lee gave thanks for about the millionth time that he’d won out on the Great House Battle of 2014. Marcelle and his stepmother had rallied hard for the cottage in River Ranch, but Lee liked the area around the Saint Streets.

It wasn’t only that it was closer to UMC. The neighborhood just felt real. Live oaks shaded the houses. Vegetable gardens grew in front yards. People of every age and color walked and rode bikes on its streets in the evenings.

And it was a hell of a lot more affordable than River Ranch.

The house he’d bought on Dunreath had been built in 1938. The walls were center-match, the roof was slate, and the Spanish arches on both sides of his living room — cracks in the plaster on each — reminded him of New Orleans. The best part was the screened front porch with the cypress swing.

One day, I’ll even get to enjoy it,
Lee thought as he pulled his white Cherokee into the drive behind the house, parking next to Marcelle’s black Miata. She had her own townhouse in Greenbriar, but on nights when he was home, she slept over. If she didn’t, they’d never see each other.

He crossed the back yard along the path of paving stones and ducked under the covered deck, throwing a longing glance to the two kayaks that hung from the ceiling.

Lee trudged up the back steps, hoping to find some brisket still in the fridge from his dad’s Sunday barbecue two days before. He’d missed the event, but his stepmother, Barbara, had sent home leftovers with Marcelle.

From the kitchen he heard the hair dryer across the house. Marcelle wouldn’t hear him, so he didn’t bother shouting. Instead, he pulled open the refrigerator door, found the plastic container of shredded brisket, and grabbed a fork.

Even cold, the barbecued brisket set him moaning. He knew it would be better on bread — bread, with a little mayonnaise and sliced tomato. Maybe he’d even make two sandwiches, but he needed to work his way up to that.

Then again, if he emptied the container straight into his mouth, that was okay, too.

Footsteps clicked down the hall, but Lee couldn’t bring himself to pull his face away from the dish.

“Leland, what are you doing? We have the health clinic
auction tonight.” Marcelle stood over him wearing a frantic look and a black cocktail dress. “We need to leave in thirty minutes!”

LAURIE LOOKED PRETTY
. Her shoes and her shorts sparkled, and the pink on her lips matched her fingernails and toenails.

Laurie giggled at her friend, Darryl. He was a new friend. He’d never spent the night, but Wren figured he would tonight. She thought his hair was ugly the way it parted right down the middle, but Laurie was giggling a lot, so he must have been nicer than her last friend.

They sat at the kitchen counter, and Darryl poured two Cokes. Then he took a white bottle with a coconut tree on it and poured some of that into each glass and passed one to Laurie.

“I want a coconut Coke,” Wren said, making both the grownups laugh.

“Wren, honey, you can’t have that. You’re too little.” Laurie flipped her hair over her shoulder and smiled at Darryl. “Babe, can you pour her just a little Coke? I’m gonna find us something fun to go with this. Be right back.”

Wren watched her mother walk to their bedroom in her high heels. She wanted shoes just like those.

“You wanna be like the grownups, sugar?” Darryl asked, pulling her attention away from Laurie’s shoes.

Wren nodded. She wanted to be grown up so if she said something, Laurie would have to listen to her, just like she had to listen when Laurie and Mamaw Gigi and Papaw Dale told her what to do. If she were a grownup, she’d tell Laurie to go to bed early and wake up in time for school.

“Well, grownups keep secrets. Can you keep a secret?” Darryl asked, pouring her Coke into a plastic cup.

Again, Wren nodded. She kept lots of secrets. She never told anyone at school that Papaw Dale had to call the police when one of Laurie’s friends broke the front window.

Darryl reached for the white bottle with the coconut tree. “If you can keep a secret, I’ll give you some, and you’ll be that much more grown up, though you seem half grown up already.”

“I can keep a secret,” she said, smiling, and she watched him pour.

Spirit of Progress by Steven Carroll
You Don't Have to be Good by Sabrina Broadbent
Blightborn by Chuck Wendig
NorthWest (John Hazard - Book II) by Glaze, JH, Glaze, J.H.
It's Murder, My Son (A Mac Faraday Mystery) by Carr, Lauren
Louis L'Amour by The Warrior's Path
Undeniable by Bill Nye
JoAnn Wendt by Beyond the Dawn
The Feng Shui Detective's Casebook by Nury Vittachi
Ravaged by Her Weretiger Prince (Steamy Paranormal Weretiger Shifter Romance) by Archer, Meghan