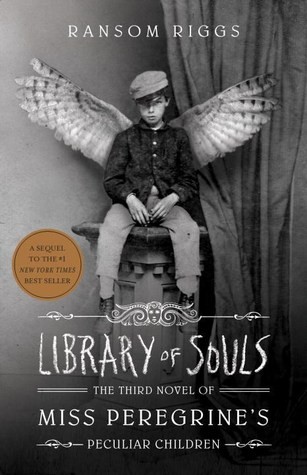 Ransom Riggs is an American writer, who is well-known for his series of books Miss Peregrine’s Peculiar Children. Library of souls is the sequel to

Hollow City and the last part of the trilogy where the author draws everything to an end. Without doubt, not every adult is able to withstand all the ordeals

which the main characters of the book, teenagers, have been through. To his surprise, sixteen- year-old Jacobs discovers an incredible ability. Now he is

capable of swimming through the ocean of history and reaching any destination he chooses. He rescues his friends from an impregnable fortress. His

companions are by no means less peculiar: Emma Bloom has fire at her fingerprints. Another loyal friend of his is Addison MacHenry who picks up a scent

At one moment they are in the London of present days and in a second they find themselves in a maze of Devil’s Acre. You’d better not turn in this slum.

But if you are eager for adventures like our fearless characters, this book is for you beyond any doubt. They decided to tempt their fate, looking straight in

the face of danger. Everything will be decided for all of them at once. Dreadful places, completed with pictures, are likely to make you creep all over. The

book is packed with actions and thrilling adventures. As the reader buries himself in it, it seems that the border between fantasy and reality is no longer

exists. Characters are endowed with so many unthinkable abilities that you can get the impression you are put into a waking dream. But there is now time

wondering when a hazardous insane man is on the loose and immense danger still threatens Miss Peregrine. However, Peculiar Children refuse to give up.

They meet new friends who are ready to accompany them. Jointly they will come up against all difficulties, although with every step it is harder and harder

to remain unscathed. One day Peculiar Children get accounted with a man, whose name is Myron Bentham, who is Alma and Caul’s brother. He reveals the

truth to his allies. The Final key may be much nearer than they think. In all likelihood, he will unlock the Library of Souls at long last. Will Jacob triumph

over his enemies and be treated as a hero in the long run?

Roberson, Jennifer - Cheysuli 04 by Track of the White Wolf (v1.0)
The St. Paul Conspiracy by Roger Stelljes
Redemption and Regrets (Chastity Falls, #4) by L. A. Cotton
The Last Pier by Roma Tearne
Have and Hold: (A Geeks and Things Cozy Mystery Novella #4) (Geeks and Things Cozy Mysteries) by Sarah Biglow
I Need You: A Valentine's Anthology by Roberts, Vera
Cowpokes and Desperadoes by Gary Paulsen
Bring the Heat by Jo Davis
Homeplace by Anne Rivers Siddons
The Spears of Laconia (Purge of Babylon, Book 7) by Sam Sisavath