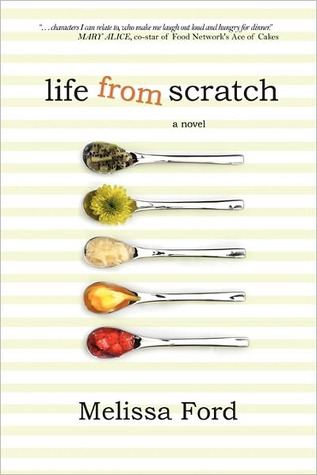 This is a work of fiction. Names, characters, places and incidents are either the products of the author’s imagination or are used fictitiously. Any resemblance to actual persons (living or dead), events or locations is entirely coincidental.

Printed and bound in the
United States of America
.

We at BelleBooks enjoy hearing from readers. You can contact us at the address above or at [email protected]

my love is your commission

June Cleaver beat the crap out of me with her rolling pin.

In my dream, Martha Stewart, June Cleaver, Bree Van De Kamp, and Marion Cunningham (who they were all affectionately calling “Mrs. C”) were baking a pie together in my kitchen and arguing about the best way to pit cherries. They hadn't really noticed me lounging around by the sink until I pointed out what a waste of time it would be to pit your own cherries when there were perfectly decent ones that you could get in a can when June Cleaver turned with a maniacal gleam in her eye and started beating me on the face and shoulders with her flour-dusted rolling pin.

Just imagine what she would have done to me if I had suggested frozen pie crust.

Which brings us to my latest self-improvement project. I fear that you will all cease to believe me, that I’ve become like the girl who cries post-divorce-finding-myself project, but this one is for real lest I become a spinsterish, batty cat-woman without the cats that I’ve been fearing that I’m morphing into all year.

Unlike that stint with transcendental meditation (it wasn’t my fault I couldn’t concentrate! Could
you
meditate in a room while smelling the most divine marinara sauce wafting in through the air vents from the restaurant below?) or the time I mused about life as a zumba instructor or considered becoming a femivore and moving to a farm in Upstate New York so I could raise my own chickens, I’m really going to do this for longer than the typical three minutes I’ve dedicated to past life-improvement projects:

Rachel Goldman is going to learn how to cook.

This is the point where I publicly admit that I don’t really have a lot of skills in the kitchen. What I really mean is that I don’t have
any
skills in the kitchen. I can make ramen noodles like a pro, but I’ve never really followed a recipe (which is what happens when you don’t own any cookbooks). I’m more of a jarred sauce kind of girl. I consider toasting the English muffin on par with making my own bread.

Before the divorce, we ate out almost every night or brought in take-out. If they offered a degree in Carryout Curry, I would have a PhD. Unfortunately, even if I am now only ordering for one, I quickly learned after we separated that while Hunan Chow is affordable on a lawyer-and-graphic designer’s joint salary, it’s prohibitively expensive for a living-off-the-money-I-got-from-my-half-of-the-condo-while-I-find-myself budget.

So, I am going to learn how to fry an egg without breaking the yolk. And do more than boil noodles. I might even . . . gasp . . . make my own Pad Thai. And this, my friends, is how I’m finally going to find myself during my Year of Me. I can’t believe I frittered away weeks of my life sabbatical on ideas such as becoming a pet sitter (yes, it turns out that you have to like dogs in order to walk dogs.) You live and you learn.

Okay, enough whining, it’s time to get cooking. I have armed myself with cookbooks from the library, a healthy stock of wine, and my best friend, Arianna, to be my co-taster. Please stick around; I need you guys.

Chapter One
Peeling the Onion

I am waiting at the bar, my soaked umbrella tucked under my seat, at a trendy sushi restaurant in
Soho
. It’s the sort of place I used to go with my ex-husband, Adam. It’s now, apparently, the place I go for the first-date-of-the-rest-of-my-life.

My stomach is in knots as I watch the door. I have vague recollections of what Rob Zuckerman looks like because he’s the only man who asked for my number at the end of the local synagogue’s sponsored Schmooze and Booze at a
Manhattan
bar. In fact, he’s the only man who really talked to me at all that night when I showed up fashionably late thinking that a Schmooze and Booze is like a dinner party—you look a little desperate for company if you’re the first person through the door. Turns out that the early birds catch the strapping doctors and the later birds catch the worms.

But it’s been that long since I’ve had a first date.

I sip a glass of wine, trying to keep my hope and anxiety in check. Two years of dating followed by twelve years of marriage and nine months of post-divorce wound licking means that it has been a long time since I’ve had to shave my legs pre-date for maximum smoothness (only up to the knee—I make a conscious decision not to shave any higher until the third date.) A long time since I’ve had to worry about who is going to pay or whether I have lipstick on my teeth or if my life sounds exciting enough.

I wasn’t even sure if I was ready for this, but my best-friend, Arianna, gave me no choice once my life-improvement cooking project started trucking along. I called her to tell her that I had made my own pancakes, and she dropped a Freudian hint that it might be a good time to work on getting myself a man-cake. Arianna is chronically single-by-choice, insisting that she is the dating type and not the marrying type. But I, she has decided, am the marrying type who needs to move away from calling myself post-divorce and start thinking of myself as pre-marriage.

I don’t really have a good reason for not going on a first date up until this point. The fact is that when you’ve been with one man for all of your twenties and half of your thirties, it is difficult to switch gears and start thinking about a different person’s body or the smell of their aftershave or whether they like the toilet paper roll facing the wall or facing away. Which, of course, is getting ten miles ahead of myself since it’s only a first date. But still.

It takes Rob Zuckerman a few seconds to notice me at the bar when he pauses at the hostess stand, rain dripping off his expensive Burberry coat. I could do worse, I decide optimistically, for my first-date-of-the-rest-of-my-life. Rob still has a full head of brown hair, an anomaly in the over-thirty-five-and-unmarried crowd. He is tall and athletically built. He has good taste in clothing and even better taste in restaurants.

And to be fair, he could do worse than me. At thirty-four, I’m still carded at liquor stores, which I like to think means that I still look young and vibrant. I’m wearing my brown hair longer these days, almost to my shoulders, and my stomach is still mostly flat despite my newfound love of butter. I might not be the most striking woman in the room, but I tan well in the summer.

“Rachel!” he exclaims, finally noticing me. He comes over to my seat and we do a self-conscious dance where I don’t know whether to continue sitting or stand, and he doesn’t know whether to give me kiss on the cheek or shake my hand. We compromise with an awkward half-hug with him standing and me sitting so that my head presses into his Burberry coat belt.

Dresden by Frederick Taylor
After Forever by Krystal McLaughlin
Darkin: The Prophecy of the Key (The Darkin Saga Book 2) by Turkot, Joseph
The Sand Trap by Dave Marshall
The Escort Series (Billionaire Bachelors) - Complete Collection by Jordan, Lucia
Bridge to a Distant Star by Carolyn Williford
Pipe Dream by Solomon Jones
Brothers' Tears by J. M. Gregson
Red Moon by Elizabeth Kelly
Exception to the Rules by Stephanie Morris