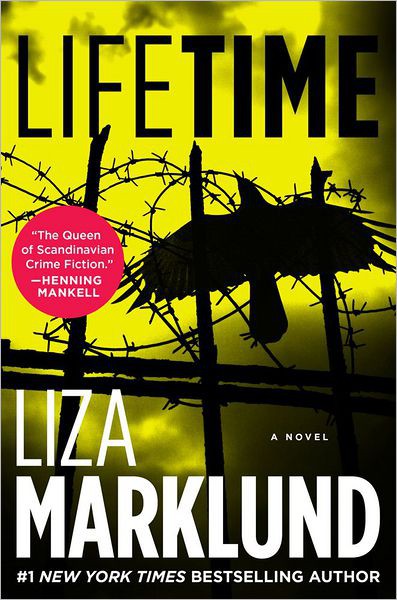 ‘Liza Marklund’s entertaining series has followed the exploits of Annika Bengtzon, an ambitious reporter on a Swedish tabloid newspaper . . . An enjoyable thriller, whose melodramatic climax is everything a tabloid could hope for’
Sunday Telegraph

‘Liza Marklund is in a league of her own thanks to her intelligent stories, her confident writing and her radical view on society. There is no doubt about it’ Henning Mankell

‘An astonishing talent . . . Liza Marklund’s thrillers are stellar examples of those qualities inherent in the best fiction. She wholly immerses the reader in her world, and she writes with consummate intelligence, consistency and passion’ Jeffery Deaver

‘It’s obvious why Liza Marklund is such a popular writer, and so beloved by her loyal fans . . . Her storytelling captivates readers, keeping them guessing right to the end with twists and turns you never see coming . . . I am but one member of a steadily growing group of loyal fans’ Karin Slaughter

Liza Marklund is an internationally bestselling author, journalist and columnist. She co-owns Sweden’s third biggest publishing house, Piratforlaget and lives in Stockholm with her husband and three children.

The Postcard Thrillers (with James Patterson)

A Place in the Sun 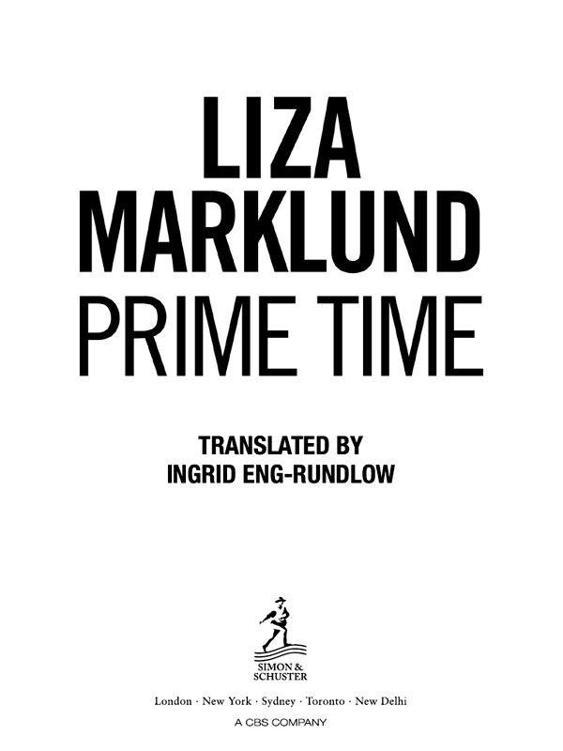 The right of Liza Marklund to be identified as author of this work has been asserted by her in accordance with sections 77 and 78 of the Copyright, Designs and Patents Act, 1988.

This book is a work of fiction. Names, characters, places and incidents are either a product of the author’s imagination or are used fictitiously.
Any resemblance to actual people living or dead, events or locales is entirely coincidental.

I
can’t take this
, Annika thought.
I’m dying.
She pressed her palms against her forehead, forcing herself to breathe regularly and calm down. The pile of baggage by the front door mushroomed before her eyes, a shapeless blob threatening to conquer the hall and the entire world that was impossible to take stock of. How on earth would she figure out what she had forgotten?

There were the kids’ clothes, the beach bag, the packets of formula and jars of baby food, the rain gear and the rubber boots, the tent, the baby carriage and its rain hood, the sleeping bags, the backpacks with her own and Thomas’s stuff, the security blanket and the cuddly toys . . .

‘Is Ellen supposed to look like that?’ Thomas wondered on the other side of the bedroom door.

Annika looked at the one-year-old toddling over by the beach bag.

‘Don’t you have something nicer for her to wear?’

She felt her brain short-circuit.

Thomas brushed his hair off his forehead and blinked in astonishment.

‘I was only asking – what’s your problem?’

Feelings of inadequacy, always lurking right below the surface, bubbled up and boiled over.

‘I’ve been busy packing all morning,’ Annika said, ‘but I didn’t pack any frilly dresses. Was I supposed to?’

‘I only wondered if the kid had to look like a construction worker.’

Five rapid steps brought her face to face with him and she glared.

‘A construction worker? What’s going on here? Are we going out to your parents’ summer place by the seaside, or is this some fucking final exam in being well adjusted?’

Thomas’s surprise was genuine: Annika hardly ever challenged him. The force of the rage that enveloped him was paralysing – he opened his mouth to yell at her, but no sound emerged. Instead, one of the countless electronic devices that they owned sounded off, insistently and increasingly louder.

‘Is that mine or yours?’ Annika asked.

Thomas turned and went into the bedroom to check his pager, his cellphone and his Palm Pilot. Annika’s gaze surveyed the chaos in the hall without being able to locate the source of the signal.

‘It’s not anything in here,’ Thomas called out.

Annika started to rummage through their belongings. The muffled buzzing was coming from somewhere in the pile. Ellen tried to stand while holding on to Annika’s bag, but it slipped away and she fell face first on the floor.

The terrified sobs of the child drowned out the buzzing. With a soothing murmur Annika pulled her daughter close, inhaling her sweet scent, feeling her softness and warmth. They sat on the shoe stand and the small figure relaxed, thumb in mouth. By the time the crying had ceased, the buzzing had stopped too and the phone started ringing instead. Still holding her daughter, she got up and wedged the phone in between her shoulder and her ear while continuing to comfort Ellen.

Annika rocked and soothed her daughter.

‘Out in the province of Sörmland, Michelle Carlsson.’

She stopped her soothing motions and flicked her tongue quickly over her dry lips. The paper she worked for,
Kvällspressen
, barrelled into her hall with all the delicacy of a tank – totalitarian and omnipresent.

The last sentence was directed at someone else, presumably the news editor, and Spike came back on the line.

‘Berra’s on his way, he’ll be picking you up in five minutes.’

‘Did you pack the nappies?’ Thomas asked, taking Ellen.

Annika nodded and pointed at the pile of stuff, trying to get a grip on the situation.

Damn, the pager with the built-in newsflash service from TT. She grabbed her bag and rummaged through the contents without finding it.

‘Michelle Carlsson’s been murdered. In a control room on the outskirts of Flen, shot in the head.’

The words didn’t register, comprehension eluding her again. Thomas set Ellen on the floor and the girl headed straight for Annika, wobbling along with outstretched arms.

‘You’ve got to be kidding,’ she said.

‘Carl Wennergren’s at the scene. It seems he was there when they were taping the show yesterday, so we have a head start. Talk about timing.’

The admiration in Spike’s voice was pure and unreserved. Annika heard him take a deep drag on his cigarette, the sounds of the newsroom coming across as an indistinguishable backdrop of noise. She sank back down on the shoe stand.

‘Berit’s over in Öland doing a piece about juvenile drinking sprees. She’s dropping everything and driving up there, so she should be there late this afternoon. Langeby’s vacationing in the Canary Islands, so you’re the only one left. You’ve got to leave on the double. Bertil Strand’s bringing everything we’ve got so far from the news agency, which amounts to virtually nothing, so you’ll have to call in on the way. Are you familiar with the Sörmland police force?’

Annika closed her eyes, trying to bring her separate worlds together as she felt her daughter’s warm hand clasping her leg.

‘Talk to Wennergren, get a feel for the situation and call me . . . like around noon?’

Thomas stared at her, his shoulders going rigid.

‘What was that all about?’

Annika hung up and met his gaze.

‘No,’ he said. ‘I don’t want to hear it. Not another fucking assignment, not today.’

She nodded, the adrenalin reaching her brain and bringing out goose bumps on her upper arms. Leaning against her mother’s knees, Ellen gurgled.

Annika moved the child away, got up and got a change of perspective. The baggage cluttering her hall shrunk and disappeared; all that remained were her computer and her big bag. With a thud, Ellen flopped down on her behind and started to cry again. Thomas picked her up.

‘They’re already on their way over to pick me up,’ Annika said.

For two seconds, Thomas stared at her uncomprehendingly.

‘The boat leaves at eleven,’ he told her.

Annika took their daughter, carried her over to her crib and kissed the top of her head. The relief she felt at getting out of the visit to her in-laws and the island cottage was replaced by a sense of loss.

‘Oh, baby,’ she whispered into Ellen’s hair, ‘Mommy loves you so very much.’

Not wanting to nap, Ellen resisted. Annika couldn’t make herself let go of the baby.

‘Mommy will be back later. You and your daddy and your big brother will be together, and you’ll have a great time. I know this is for the best.’

The child turned her face away from the lie, tucked her legs in under her and put her thumb in her mouth. Annika stroked Ellen’s hair awkwardly, her hands and her heart suddenly lacking grace. She quickly left the bedroom, bumping into the doorpost on her way out. The soundtrack noise of Scooby Doo being chased by a ghost trickled in from the living room. Kalle’s sweet little singing voice was there, behind the wall of noise.

Everyone else can do it
, Annika thought.
I can do it too, I have to.

‘Are you serious?’ Thomas demanded when she came back into the hall. ‘Are you really going to work? Right now?’

The last words boomed loudly. She looked down at the wooden floorboards.