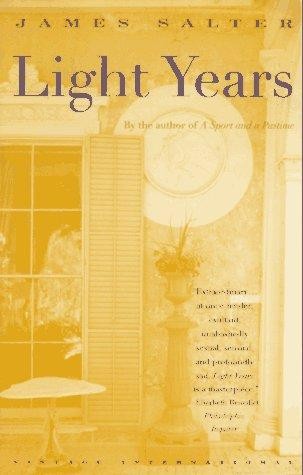 “No author in so few pages has ever with such icy logic and steaming carnality depicted the inexorable passing of years.”

“Salter’s prose is spare, pared down so that the light on the other side of the language nearly shows through and makes the sentences luminous.… Salter’s achievement is that he uses his accomplished English to call our attention to precise moods and images, the feeling-tone of figures caught in landscapes of transcendent prose.”

“There is scarcely a writer alive who could not learn from [Salter’s] passion and precision of language.”

“Admirers of James Salter’s fiction speak of it reverently, with delicacy, almost in awe. He writes about the fragility of things—families, love, sexuality, success—in prose that is as careful and light as a structure made of eggshells.”

“This novel—explicitly moody, tender, elegiac—details the disintegration of a love and the unraveling of a well-knit life by the hearth.… What finally emerges is a narrative that is more thrilling than its cadences, its descriptive felicities or evocations of character. It is the sense we get, in places almost overpowering, that its real protagonist is time.”

“Salter is that rare writer who takes us inside worlds we may never be able to experience firsthand.”

“Salter is an ultimately modern writer [whose] prose style is simultaneously terse and elegant, with alternately hectic and hypnotic rhythms. The images he uses are complicated and sometimes oblique. [Salter] observes accurately and intensely.”

“Brilliant … moving [and] full of truth.”

“Among contemporary novelists, I can think of none who has written a novel more beautiful than
Light Years
. One must take care to read this book as slowly as possible, ruefully foreseeing that it will end. In our minds it will be a nourishing presence always like
To the Lighthouse, Tender Is the Night, A
Lost Lady—
a presence that we will have a hard time imagining our once having had to live without.”

James Salter was born in 1925 and grew up in New York City. Like his father, he attended West Point, and was commissioned in the Air Force in 1945. He served for twelve years in the Pacific, the United States, Europe, and Korea, where he flew over one hundred combat missions as a fighter pilot. He resigned from the Air Force after his first novel came out in 1957, and has earned his living as a writer ever since. His work has received numerous awards, including an award from the American Academy and Institute of Arts and Letters in 1982. Many of his short stories have appeared in O. Henry collections and
Best American Short Stories;
nearly all of them have been published in
The Paris Review, Esquire
, and
Grand Street
. His collection
Dusk & Other Stories
received the PEN/Faulkner Award in 1988.

A Sport and a Pastime

(previously published as The Arm of Flesh) 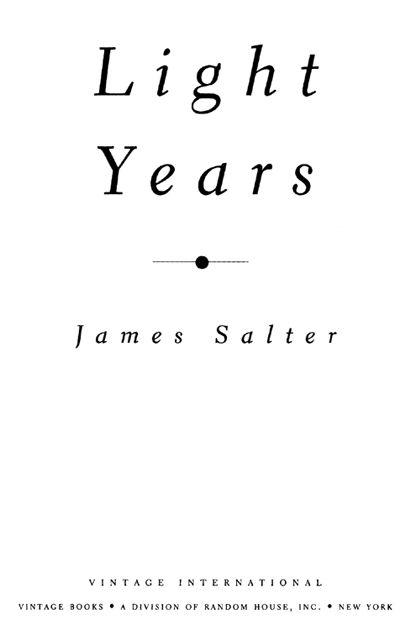 WE DASH THE BLACK RIVER, ITS
flats smooth as stone. Not a ship, not a dinghy, not one cry of white. The water lies broken, cracked from the wind. This great estuary is wide, endless. The river is brackish, blue with the cold. It passes beneath us blurring. The sea birds hang above it, they wheel, disappear. We flash the wide river, a dream of the past. The deeps fall behind, the bottom is paling the surface, we rush by the shallows, boats beached for winter, desolate piers. And on wings like the gulls, soar up, turn, look back.

The day is white as paper. The windows are chilled. The quarries lie empty, the silver mine drowned. The Hudson is vast here, vast and unmoving. A dark country, a country of sturgeon and carp. In the fall it was silver with shad. The geese flew overhead in their long, shifting V’s. The tide flows in from the sea.

The Beach by Cesare Pavese
Maleficarum: Hunger of the Witch by Bennett, Jeremy
Stealing People by Wilson, Robert
Ravenwood by Lowell, Nathan
Mystics #1: The Seventh Sense by Kim Richardson
Going Insane by Kizer, Tim
Shadow and Betrayal by Abraham, Daniel
A Spear of Summer Grass by Deanna Raybourn
Dancing with the Dragon (2002) by Weber, Joe - Dalton, Sullivan 02
Mr. Darcy's Proposal by Susan Mason-Milks