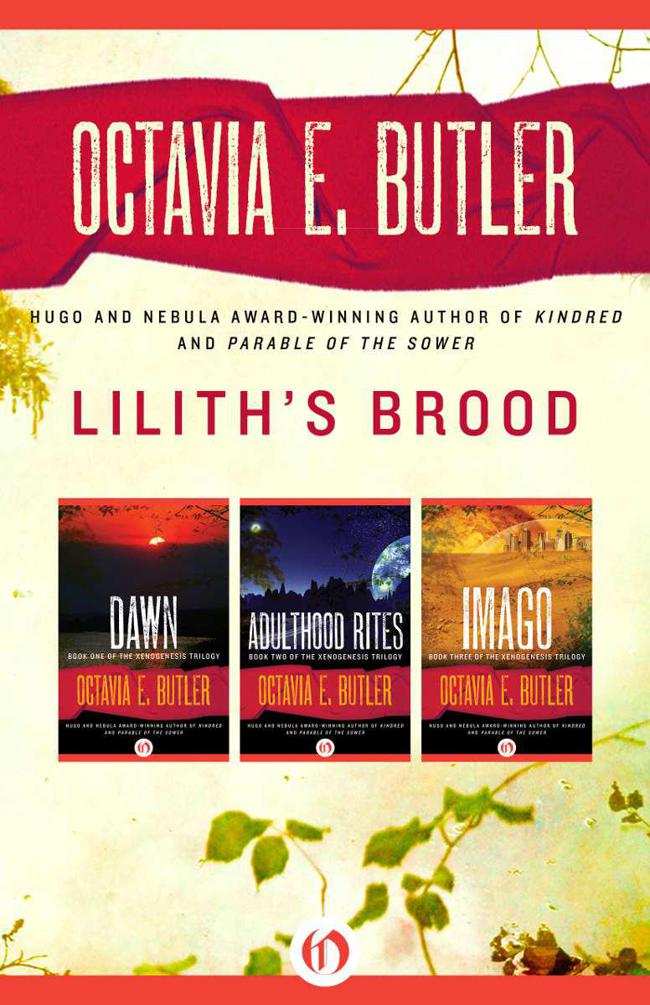 A Biography of Octavia Butler

In memory of Mike Hodel who, through his READ/SF campaign for literacy, sought to share with everyone the pleasure and usefulness of the written word.

Awakening was hard, as always. The ultimate disappointment. It was a struggle to take in enough air to drive off nightmare sensations of asphyxiation. Lilith Iyapo lay gasping, shaking with the force of her effort. Her heart beat too fast, too loud. She curled around it, fetal, helpless. Circulation began to return to her arms and legs in flurries of minute, exquisite pains.

When her body calmed and became reconciled to reanimation, she looked around. The room seemed dimly lit, though she had never Awakened to dimness before. She corrected her thinking. The room did not only seem dim, it
was
dim. At an earlier Awakening, she had decided that reality was whatever happened, whatever she perceived. It had occurred to her—how many times?—that she might be insane or drugged, physically ill or injured. None of that mattered. It could not matter while she was confined this way, kept helpless, alone, and ignorant.

She sat up, swayed dizzily, then turned to look at the rest of the room.

The walls were light-colored—white or gray, perhaps. The bed was what it had always been: a solid platform that gave slightly to the touch and that seemed to grow from the floor. There was, across the room, a doorway that probably led to a bathroom. She was usually given a bathroom. Twice she had not been, and in her windowless, doorless cubicle, she had been forced simply to choose a corner.

She went to the doorway, peered through the uniform dimness, and satisfied herself that she did, indeed, have a bathroom. This one had not only a toilet and a sink, but a shower. Luxury.

What else did she have?

Very little. There was another platform perhaps a foot higher than the bed. It could have been used as a table, though there was no chair. And there were things on it. She saw the food first. It was the usual lumpy cereal or stew, of no recognizable flavor, contained in an edible bowl that would disintegrate if she emptied it and did not eat it.

And there was something beside the bowl. Unable to see it clearly, she touched it.

Cloth! A folded mound of clothing. She snatched it up, dropped it in her eagerness, picked it up again and began putting it on. A light-colored, thigh-length jacket and a pair of long, loose pants both made of some cool, exquisitely soft material that made her think of silk, though for no reason she could have stated, she did not think this was silk. The jacket adhered to itself and stayed closed when she closed it, but opened readily enough when she pulled the two front panels apart. The way they came apart reminded her of Velcro, though there was none to be seen. The pants closed in the same way. She had not been allowed clothing from her first Awakening until now. She had pleaded for it, but her captors had ignored her. Dressed now, she felt more secure than she had at any other time in her captivity. It was a false security she knew, but she had learned to savor any pleasure, any supplement to her self-esteem that she could glean.

Opening and closing her jacket, her hand touched the long scar across her abdomen. She had acquired it somehow between her second and third Awakenings, had examined it fearfully, wondering what had been done to her. What had she lost or gained, and why? And what else might be done? She did not own herself any longer. Even her flesh could be cut and stitched without her consent or knowledge.

It enraged her during later Awakenings that there had been moments when she actually felt grateful to her mutilators for letting her sleep through whatever they had done to her—and for doing it well enough to spare her pain or disability later.

She rubbed the scar, tracing its outline. Finally she sat on the bed and ate her bland meal, finishing the bowl as well, more for a change of texture than to satisfy any residual hunger. Then she began the oldest and most futile of her activities: a search for some crack, some sound of hollowness, some indication of a way out of her prison.

She had done this at every Awakening. At her first Awakening, she had called out during her search. Receiving no answer, she had shouted, then cried, then cursed until her voice was gone. She had pounded the walls until her hands bled and became grotesquely swollen.

There had not been a whisper of response. Her captors spoke when they were ready and not before. They did not show themselves at all. She remained sealed in her cubicle and their voices came to her from above like the light. There were no visible speakers of any kind, just as there was no single spot from which light originated. The entire ceiling seemed to be a speaker and a light—and perhaps a ventilator since the air remained fresh. She imagined herself to be in a large box, like a rat in a cage. Perhaps people stood above her looking down through one-way glass or through some video arrangement.

How old was she?

Twenty-six, she thought silently. Was she still only twenty-six? How long had they held her captive? They would not say.

Had she been married?

Had she had children?

Oh god. One child, long gone with his father. One son. Gone. If there were an afterworld, what a crowded place it must be now.

Had she had siblings? That was the word they used. Siblings.

What work had she done?

None. Her son and her husband had been her work for a few brief years. After the auto accident that killed them, she had gone back to college, there to decide what else she might do with her life.

Did she remember the war?

Insane question. Could anyone who had lived through the war forget it? A handful of people tried to commit humanicide. They had nearly succeeded. She had, through sheer luck, managed to survive—only to be captured by heaven knew who and imprisoned. She had offered to answer their questions if they let her out of her cubicle. They refused.

She offered to trade her answers for theirs: Who were they? Why did they hold her? Where was she? Answer for answer. Again, they refused.

So she refused them, gave them no answers, ignored the tests, physical and mental, that they tried to put her through. She did not know what they would do to her. She was terrified that she would be hurt, punished. But she felt she had to risk bargaining, try to gain
something,
and her only currency was cooperation.

They neither punished her nor bargained. They simply ceased to talk to her.

Food continued to appear mysteriously when she napped. Water still flowed from the bathroom faucets. The light still shone. But beyond that, there was nothing, no one, no sound unless she made it, no object with which to amuse herself. There were only her bed and table platforms. These would not come up from the floor, no matter how she abused them. Stains quickly faded and vanished from their surfaces. She spent hours vainly trying to solve the problem of how she might destroy them. This was one of the activities that helped keep her relatively sane. Another was trying to reach the ceiling. Nothing she could stand on put her within leaping distance of it. Experimentally, she threw a bowl of food—her best available weapon—at it. The food spattered against it, telling her it was solid, not some kind of projection or mirror trick. But it might not be as thick as the walls. It might even be glass or thin plastic.

She never found out.

She worked out a whole series of physical exercises and would have done them daily if she had had any way of distinguishing one day from the next or day from night. As it was, she did them after each of her longer naps.

She slept a lot and was grateful to her body for responding to her alternating moods of fear and boredom by dozing frequently. The small, painless awakenings from these naps eventually began to disappoint her as much as had the greater Awakening.

The greater Awakening from what? Drugged sleep? What else could it be? She had not been injured in the war; had not requested or needed medical care. Yet here she was.

She sang songs and remembered books she had read, movies and television shows she had seen, family stories she had heard, bits of her own life that had seemed so ordinary while she was free to live it. She made up stories and argued both sides of questions she had once been passionate about,
anything!

More time passed. She held out, did not speak directly to her captors except to curse them. She offered no cooperation. There were moments when she did not know why she resisted. What would she be giving up if she answered her captors’ questions? What did she have to lose beyond misery, isolation, and silence? Yet she held out.

There came a time when she could not stop talking to herself, when it seemed that every thought that occurred to her must be spoken aloud. She would make desperate efforts to be quiet but somehow the words began to spill from her again. She thought she would lose her sanity; had already begun to lose it. She began to cry.

Eventually, as she sat on the floor rocking, thinking about losing her mind, and perhaps talking about it too, something was introduced into the room—some gas, perhaps. She fell backward and drifted into what she had come to think of as her second long sleep.

At her next Awakening, whether it came hours, days, or years later, her captors began talking to her again, asking her the same questions as though they had not asked them before. This time she answered. She lied when she wanted to but she always responded. There had been healing in the long sleep. She Awoke with no particular inclination to speak her thoughts aloud or cry or sit on the floor and rock backward and forward, but her memory was unimpaired. She remembered all too well the long period of silence and isolation. Even an unseen inquisitor was preferable.