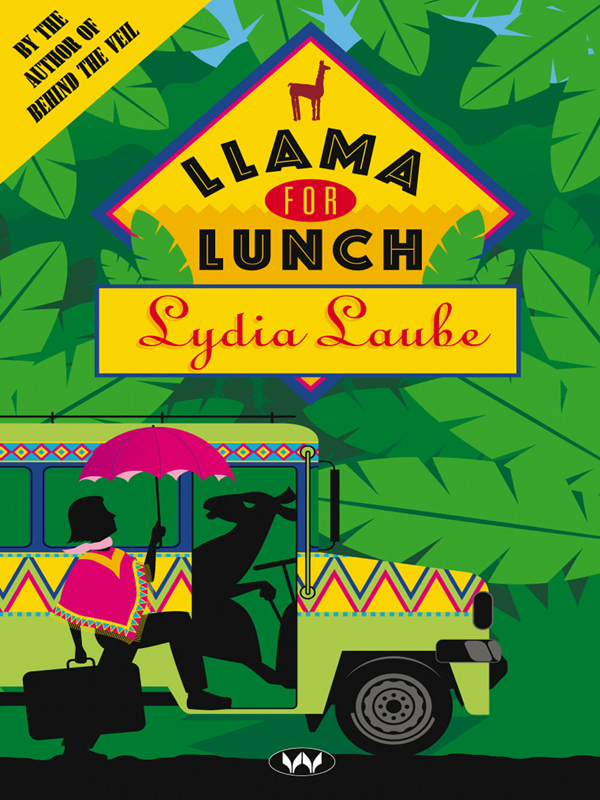 Lydia Laube, who believes that to travel hopefully is better than to arrive – and she sometimes almost doesn’t – is one of Australia’s favourite travel writers. Lydia can never resist a challenge, and her previous best-sellers,
Behind the Veil: An
Australian Nurse in Saudi Arabia
,
The Long Way Home
,
Slow
Boat to Mongolia
, and
Bound for Vietnam
tell of her sometimes alarming adventures in far-flung places of the globe.

When she is not travelling the world, Lydia Laube chases the sun between Adelaide and Darwin. 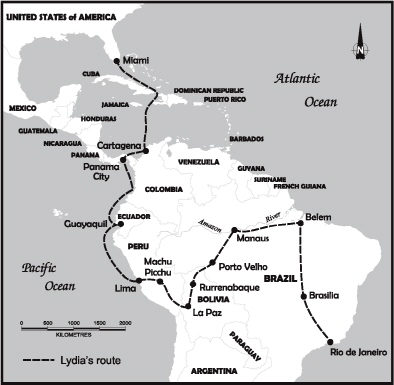 All rights reserved. This book is copyright. Apart from any fair dealing for the purposes of private study, research, criticism or review, as permitted under the Copyright Act, no part may be reproduced without written permission. Enquiries should be addressed to the publisher.

2 South of the border

10 Across the river to Brazil

13 Where the Amazon
meets the Atlantic

14 Rolling down to Rio

To the memory of my mother

Is This the Way to Madagascar?

On the last day of autumn, after a ghastly, bitterly cold week I shivered out of bed at three in the morning. It was dark and raining when I clumped into the freezing Adelaide airport. Thank goodness I was on my way to summer in another hemisphere.

I progressed onto the plane for Sydney committing only the minor misdemeanour of setting off the alarm buzzers with my excess of gold buttons. Unusually for me I fell asleep after breakfast was served: I am normally too busy listening for faulty engine noises or looking out of the window for flames. The elderly woman next to me said that she was originally from the United States and returned often for a visit. She was taking the same route as I was to Chicago, via a night’s stop over in Tokyo. When she heard that my ultimate destination was South America, she told me that she had known someone who had been horribly murdered there.

Murphy was at it again. It seemed that everyone I met lately had a tale of woe to tell about South America and the dire fates that had befallen friends – kidnappings, muggings and all manner of foul play. One of the least appealing was the story of a Dutch girl who had been attacked in broad daylight on her first day in Lima. She had been stripped, robbed and left naked in the street. I decided that hiding cash in my undies was no longer a good idea.

In Sydney I very nearly missed the Tokyo plane. I couldn’t find the ticketing counter and, instead of going straight on as I was directed, I went around the corner and came back again to where I had started, as though I had been trapped in a revolving door. By the time I was headed in the right direction my name was being called for the final time.

The plane was a huge two-storey affair that was packed solid. I had requested an aisle seat – necessary for emergency evacuations, not to mention quick trips to the loo. But in front of me was lumped a bulky Australian youth decorated with an apparently permanently attached baseball cap that loomed above the back of the seat and obscured my view of the video screen. The food was okay, but served in midgetsized portions. On the other hand, a bottle of wine was supplied with the meal and the girl next to me drank only a little of hers and kindly donated the rest to a worthy cause. I drank it, purely for medicinal reasons of course: it helps to calm white knuckles.

Then we were coming down through a lot of murk and turbulence into Tokyo’s Narita airport. I had booked my luggage through to Chicago and had just a carry-on bag. O bliss! Now I realise how great it is to travel light. But it didn’t make a convert of me.

A courtesy bus trundled me to my hotel, where I had a very small but nicely appointed room. I discovered that the hotel also ran a free service to the local village every hour, a vast improvement on the taxi fare of eighty dollars Australian. While waiting for the next bus I went up to the hotel’s ninth floor beautiful bar where you could sit in front of a long plateglass window and admire the view in comfort. Unfortunately the prices were enough to make you want to jump out of the window and a very haughty waiter looked absolutely horrified when I asked for a glass of water. Twenty dollars Australian for a beer is a bit rich. A New Zealander I met downstairs later said that a steak sandwich cost one hundred and fifty. I’ve bought a whole ruddy cow for less than that.

In the town a light drizzle fell as I sloshed up and down cobbled lanes and narrow brick-paved streets that wound around and around and were home to many diminutive eating places. I entered one that was built of bamboo, had rice paper windows and was crammed with men, long wooden tables and a minute bar. After much deliberation, food of some description, I have no idea what, was ordered and I waited while the men drank saki from large brown bottles. After a very long time the food arrived, but I left still hungry as it had only been microscopic amounts of raw fish, rice and soup – nothing guaranteed to stick to your ribs.

The Scent of Almonds: A Novella by Camilla Lackberg
Horse Capades by Bonnie Bryant
The Last Witness by Jerry Amernic
Duty's End by Robin Cruddace
Bonded by Blood by Bernard O'Mahoney
Riding Out the Storm by Emma Jay
The Silence of Ghosts by Jonathan Aycliffe
A Victorian Christmas by Catherine Palmer
Mythe: A Fairy Tale by P J Gordon
The Marriage Hearse by Kate Ellis