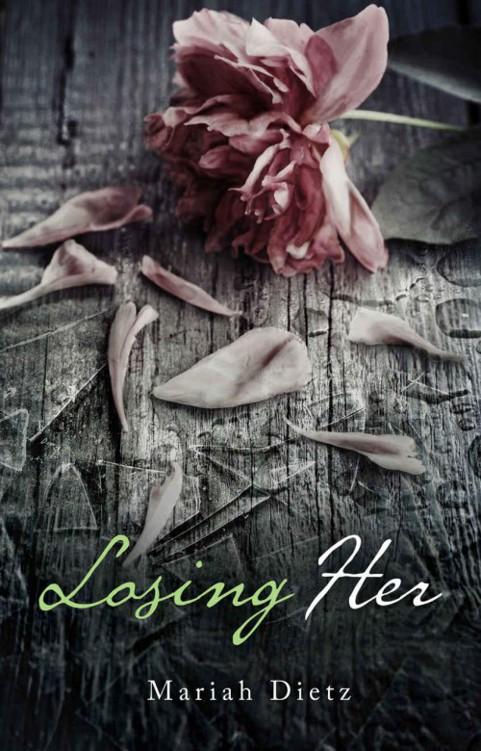 For my grandma Naomi. Thank you for loving me, even at my worst.

And for my boys, because everything I do is and always will be, for you guys.

I love you too.

“We are afraid to care too much, for fear that the other person does not care at all.”

I
need to talk to someone about how things have gotten to this point. A month ago, I was in love with my girlfriend, Ace, confident she loved me in return. I never realized how confidence is like glass: strong and protective until it is hit just right. Then it shatters. That impact was Ace getting up in the middle of the night, packing most of her things up, and leaving. She said she still loved me, that she only needed some space and for things to slow down, but I know what happens when people leave. They don’t look back.

I’ve been fighting the internal desire to reach out to David, Ace’s dad. Over the past year, he’s become like a father to me. Discussing my options about school and medicine, working on his old Chevelle, Clementine, and caring about how I’m doing—not only for the benefit of Ace, but I feel like he genuinely cares about me. My mom’s great, and I’m sure she’s waiting for me to come talk to her about what’s going on, but she, like David, is so closely tied to Ace that I don’t want to talk to them. I want someone that’s going to be on my side and will understand why I’m upset and afraid to go back, and even more terrified of not. It’s causing me to hate my dad even more, something I haven’t thought about in a few years now. There’s not much I can remember about him. I’ve done a diligent job of forcing him out of my mind and erasing the memories he was actually present for so that only a faint stain of him remains in my life.

The day we moved to California, however, is burned into the recesses of my mind with an uncanny number of details. The trip should have taken us a solid eight hours, but it lasted far longer. We left way later than our mom intended and a dark, shadowed San Diego she didn’t recognize welcomed us. We pulled over several times, referring to a small map my dad had put in the glove compartment of my mom’s car at some point. Apparently it required five Millers to read a map, because we never could find the correct street and had to stay at a hotel overnight. The hotel ended up being three miles from the house, so we arrived early.

I remember sitting in the passenger seat of the U-Haul as my mom pulled into the driveway. Billy acted like a complete dick and hopped out of my mom’s car that Hank was driving, and chased after a neighbor’s cat. Hank threatened to kick his ass if he made things more difficult for mom. It was the first time I’d seen the house in person, opposed to the sheet of paper tacked to our fridge with a #1 Mom magnet. Initially, I was shocked by its size. We’d lived on base in Arizona in a rather moderately-sized house that I’d never thought was all that small until looking up at our new home. It paled in comparison. My mom had gone on for days about the red shutters, mentioning them somehow in nearly every discussion we had leading up to our move. The house and California symbolized a new start for us— a start that didn’t include looks of pity and pats on the head as we were continuously asked how we were holding up, and if we were hungry, because apparently sadness promotes hunger, and requires acts of demeaning gestures.

Part of me had been relieved for the move, but I’d enjoyed having my Grandma Miller staying with us, making me cobbler and fresh lemonade. Each morning I’d find her in the kitchen dissecting her grapefruit and watching reruns of
Matlock
with a level of enthusiasm that left you certain she hadn’t seen each episode a thousand times already. I knew I was going to miss hating that show.

My two older brothers Hank and Billy struggled to get along; they were only a couple of years apart. Hank was eighteen and Billy sixteen. I was only twelve. They’d always looked at me as more of a nuisance and responsibility until I was ten. I was just starting to be fully initiated by the two assholes that found dead legs and nipple burns humorous and necessary around the time my dad left. My mom had been in a mental state of despair for over a year, following his absence and really hadn’t seemed to notice as their ribbings became more and more aggressive, and common. They didn’t hesitate to hit hard enough to bust my lip open or cause a bruise if I dared to back talk them. But they didn’t dare touch me in front of Grandma Miller. I was her baby, and she was tough as nails.

Our father had been one of four boys, so she was well-versed with attitudes, violence, and acts of rebellion. She didn’t allow any of us to use the fact that our dad had left as a crutch or excuse for acting out. It seemed to just make her ride us that much harder. I think now, looking back on it, she felt guilty, like she’d failed us because our dad left, so she tried to ensure we’d never turn out like him.

Grandpa Miller had been a sergeant in the army and didn’t have much patience for attitude or anyone making disrespectful comments in his presence, even if it wasn’t directed toward him. Grandma, however, made him look like a puppy dog with the scowl she conjured up if one of us misbehaved. Our grandfather had passed away when I was nine, only a year before my father left. It had been the first time I’d ever seen my grandma cry. Though I saw her cry again the day she came over after my dad had been missing nineteen days, twelve days longer than he’d ever previously been missing.

“It’s not as hot as Arizona, and we’ll be close to the ocean and lots of really great schools. Becky said there are lots of kids in the neighborhood. She said the house right next to us has six! And wait until you see these red shutters. You’re going to love it!” I heard her sentiments from that morning as the U-Haul door opened with a groan, allowing the warm air to instantly break the air-conditioned comfort of the cab.

The only things that twelve-year-old me cared about were video games, learning how to use the microwave, and whether or not we had cable.

“Boys, here, I’ve got the keys. Let me grab the camera!” My mom fished around in her purse until she produced a small digital camera. We whined with protests as we begrudgingly ambled to the front door, our limbs moving slowly with more silent objections.

We posed for a series of pictures before a man dressed in blue scrubs materialized in the driveway beside ours.

He placed a small duffel in the trunk of his car and headed over to us, wearing an easy smile that looked common for him.

“Would you like me to get one of all of you?” he asked, avoiding the large side mirror on the U-Haul.

“That would be great!” my mom said, giving him a brief tutorial of the only button on the camera.

She smiled and made her way up the porch stairs to rearrange us, shoving me so I was a little further forward. She nestled between Hank and Billy and wrapped a hand around my shoulder.

The man counted a brief one, two, three, and then smiled as he lowered the camera. “You must be the Millers. I’m David Bosse. I’ve heard a lot about you. The team at Saint Andrew’s is really excited to have you join us.”

“David, please.” He glanced down at his scrubs and back to us as he said it, making me believe his official title didn’t follow him home into his personal life. “Your realtor, Becky mentioned you boys all like cars. I’ve just started restoring my first one. I could always use the help, if you’re interested. I’ll pay you in pizza and cola if you ever want to come over and work on my old Chevelle with me.”

“Cola?” Billy whispered behind me. I felt my mom resituate so she could elbow him.

“I’m sure my wife will be over soon. Her name’s Muriel, and if she brings the blond brigade with her, don’t worry, they’re all house trained.” His laughter was met with my mom’s.

My brothers and I stared at him, trying to digest the friendliness that I wanted to hate, but instinctively didn’t.

“I wish I could stick around and help, but I’ve got to scrub in soon. If you guys need help, go get the girls. They won’t mind. And if you need anything, don’t hesitate to ask. This whole neighborhood is friendly to a fault.” His steps toward us to return the camera were purposeful, yet hesitant, like he could sense the apprehension emanating from my brothers and me.

“Oh, we’re fine. The movers already brought the big stuff. These boxes won’t be any problem,” my mom assured him.

He nodded a couple of times as he retreated back down the driveway. “Well, it’s really good to meet you guys. I’m sure I’ll see you around.”

My mom bid him good-bye as we stood on the porch and watched him until he gave us a final parting wave and drove off.

“I hope you like your co-worker, Mom. It looks like you won’t be escaping him anytime soon,” Billy commented, taking the keys from her.

“There are six blondes next door? Forget college, I’m moving back in,” Hank said, lifting a box from the U-Haul before heading inside. The rest of us followed empty handed, all anxious to see the inside. It seemed ironic that our new house was twice the size of the one all five of us used to inhabit, especially when we were down a family member and Hank was supposed to be returning to college again in the fall.

“Don’t say shit,” my mom ordered, in an authoritative tone even though she had to tilt her head up to look at him.

Although Hank was only supposed to be living with us a short time, he was the first to stake claim to a room upstairs. I didn’t bother objecting. It wasn’t worth it. None of us settled our disagreements with words.

An Escort for Christmas: A Billionaire Novella by A. Zavarelli
Las suplicantes by Esquilo
The Killing Jar by RS McCoy
A Brief Stop On the Road From Auschwitz by Goran Rosenberg
Dhungwana 2117: A captivating sci-fi novel: The Dhungwana Chronicles (2117-3451) Part 1 by Nighthawk, Baibin, Fencer, Dominick
A Forbidden Love (The Forbidden Series) by Niquel
His One Sweet Thing (The Pregnancy Affair) by Silver, Jordan
Crime Stories by Jack Kilborn
Queen Song (Red Queen Novella) by Victoria Aveyard
Slam Dunk: Black & White Collection by Mari Carr