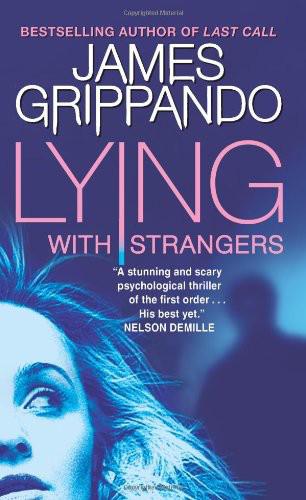 Many people claim to be loyal,
but it is hard to find a trustworthy person.

She wanted him. Five minutes on the subway, and he…

Peyton shields could feel it coming. No one had tipped…

No one died tonight, at least not on her watch.

Kevin reached the hospital just before 6:30 a.m. for three…

Peyton tried to sleep, but the sounds of the intensive…

It was almost lunchtime when she heard kevin‘s voice in…

The shrill ringing of an alarm clock pierced the darkness.

Home. After three nights in the hospital, it felt good…

It wasn‘t exactly a lie. Kevin would have thrown a…

It was monday and it was almost lunchtime. Kevin was…

Peyton reached the lecture hall a few minutes before noon.

The lunchtime lecture was on recent advances in treatment of…

A taxi dropped Peyton off outside her apartment. It was…

“Breakfast is ready,” her mother called from the kitchen.

Kevin arrived at nine o‘clock. The meeting was scheduled in…

Kevin was on the verge of nodding off when his…

Andy Johnson was mad as hell. After fifteen years of…

He had a jelly bean up his nose. that was…

Peyton wanted to talk to kevin. He hadn‘t called her…

Another friday night, another night alone in bed. alone with…

Vendors of italian ices were smiling in the north end.

A ray of sunlight was stabbing her in the eye.

The trip to Los Angeles could have lasted weeks. kevin‘s…

Kevin worked through lunch, seated at his computer, writing. it…

The headboard slammed hard against the wall. It was just…

They met for a saturday lunch at fugakyu, a popular…

Sunday was supposed to be her day off, but she…

On monday evening, kevin left the office at six-thirty, a…

Peyton was home by ten o‘clock. She hadn‘t chased after…

The dead bolt clicked at dawn. Peyton raced to the…

Kevin felt useless. Even if he hadn‘t been physically exhausted…

Privacy was hard to come by in the hospital, but…

Ira Kaufman was true to form. He‘d given Kevin a…

It was half-past midnight, and the phone was still silent.

Kevin found an open bar on newbury street. It was…

For Kevin it was déjà vu, rushing to the hospital…

Peyton was released from the mass general emergency room after…

Kevin was just minutes into the story, and already Peyton…

Peyton‘s picture was in the newspaper. Not a very good…

It was the longest walk of her life. Peyton had…

It took Kevin all of five minutes to get out…

Peyton sat stiffly in an old wood chair with an…

The moment she heard the tone in Tony‘s voice over…

Tony falcone missed the evening news broadcast at six, so…

“All rise,” announced the bailiff. He called the case numbers,…

No one said a word during the car ride from…

Dinner was at eight. The table was set for four:…

Peyton‘s parents left around ten-thirty. Her mother left behind a…

Autumn brought butterflies. Peyton could feel them fluttering in her…

Wednesday morning technically marked the third day of the trial,…

Kevin felt the weight of the prosecutor‘s stare as ohn…

The phone rang on Jennifer‘s desk. She was alone in…

Rudy lay waiting and watching, concealed from sight by thick…

Peyton and Tony had dinner at his office. Peyton was…

Peyton went home from Tony‘s office, to her real home,…

Peyton felt chills as her lawyer rose to speak in…

Peyton could hear herself breathing; the courtroom was that quiet.

At the end of a horrible day, Peyton just wanted…

Kevin was disappointed but not surprised. He‘d hoped that the…

Peyton waited out the surgery in the hospital lounge, worried…

Her mother was in the kitchen when Peyton entered the…

There was a pit in her stomach as Peyton went…

Peyton phoned tony from her car, still shaken, but determined…

Rudy lost sight of her as she rounded the corner.

Four days before christmas, Peyton and Kevin were doing their…

Other Books by James Grippando

SHE WANTED HIM. FIVE MINUTES ON THE SUBWAY, AND HE WAS SURE
of it. Rudy had a gift for detecting the most subtle signals.

The train was crowded, and he made a point of standing between her and the nearest exit. His eyes barely moved in her direction. He just leaned against the pole and read the
Wall Street Journal
. At least he pretended to read. It was all pretense, from the polished black wing tips to the Armani necktie, from the pinstripe suit to the tortoiseshell eyeglasses.

The train stopped and the doors opened. She started for the exit—right toward him. A long winter coat concealed her body, but the face was attractive. Nice mouth.

“Excuse me,” she said as she passed.

She looked straight ahead, never making eye contact, but she hadn’t fooled him. Her tone of voice, the way she’d passed just slowly enough to let him drink in the sweet scent of her perfume, were calculated steps in the age-old mating dance. Bottom line, no one had forced her to use the nearest exit; the other set of doors worked just as well. Surely it was no accident that her long brown hair had brushed against his coat as she passed. Most telling of all, she’d opened her mouth, parted those lovely lips, and actually spoken.
Excuse me
. A powerful message wrapped in precious few words. In one brief but electric moment, she had initiated the connection. Rudy could have said something back, and she would
have been receptive. They would have talked. Who knows where it might have led?

The chime sounded, signaling that the sliding doors were about to close. It wasn’t his stop, but on impulse he hopped off. The train pulled away, leaving Rudy alone on the platform. He’d seized her invitation, but she was gone.

He shook off his anger, climbed the stairs, and emerged at a dark street corner. Downtown was cold and almost deserted at this late hour. He took a moment to choose his path. Throughout Boston’s financial district, meandering cross streets intersected at angles and intervals that defied logic, still patterned after old village lanes that only centuries later happened to be lined with forty-story office towers. It was a maze to most, but Rudy knew his way around. Years ago he used to cut through here on his way to the Combat Zone, a two-block area off lower Washington Street that was once infamous for its nude-dancing bars and porno shops. The area had since been cleaned up, and with the pornographic bonanza on the Internet, he didn’t even miss the old jaunts downtown. No more trudging through the snow with an aching hard-on in his pants. No more glares from picketers who wanted the smut out of their neighborhood. No more fear of being arrested for jerking off in a dark adult movie theater.

He buttoned his coat and started down the sidewalk, bucking the wind as the salted ice crunched beneath his feet. It was a long walk to Back Bay. He’d exited the subway several stops too early, thanks to the fetching looks of Little Miss Excuse Me. It was just as well he’d lost her. He had to remain focused. He had an entirely different job to do tonight.

Her name was Peyton Shields.

Peyton would be asleep by now, he knew, assuming the time on the flashing bank marquee was correct. Just to be sure, he killed a good hour walking her neighborhood, up Comm. Ave., down Newbury, and finally cutting over on Clarendon to Magnolia. It was her jogging route, and on countless warmer nights he’d
watched her blaze down the sidewalks in her flimsy shorts and matching tank top that hugged the glorious shape of her body. They had never said hello, never even made eye contact. But he had passed her many times without her knowing it. She had always been in another world, caught up with the music from the iPod fastened to her belt. Rudy loved the iPod. A set of headphones could rob anyone of her usual alertness. Find a woman with headphones and you could follow her anywhere, practically crawl inside her panties before she even noticed you.

The cold night air stung his cheeks as he neared her apartment. Short hot breaths steamed from his mouth. He stopped beneath the bare magnolia tree across the street, his eyes locking onto her front door. He knew her husband was out of town tonight. Rudy had followed him to the airport. That meant Peyton was inside alone. Just her. And him.

Rudy crossed the street, careful not to stand in any one place too long and draw attention to himself. He walked neither fast nor slow. The street was deserted, but he knew better than to sneak around like a prowler. You never knew when someone was watching—he knew that better than anyone. His heart pounded as he reached her front steps. He felt some fear but mostly excitement. A little fear was healthy. It helped prevent mistakes.

He climbed one step at a time, the right foot, then the left. Every muscle in his body suddenly seemed in sync, the voluntary and the involuntary, the landing of each footstep seeming to match the beating of his heart. He had played this scene over in his mind at least a hundred times. He had studied his surveillance photographs of the front steps and porch. He had memorized the lighting conditions, both with the porch light on and the porch light off. Tonight, she had left it off. The steps were lighted only by the glow of a street lamp forty feet away. Forty-one, to be exact.

Gloves on, he reached inside his pocket for the house key. It had been easy enough to get it. Peyton’s husband valeted his car at the same restaurant every Thursday and was stupid enough to
hand over his whole set of keys. Rudy had taken a job there just long enough to trace the key to their front door.

His hand shook only slightly. This was a huge step, but he was ready. He grasped the key firmly and aimed it at the lock. Gently, he touched the key to the metal and circled the opening, as if teasing before entering. With a steady hand he guided the tip to the opening and let it fall into the hole just the slightest bit, barely inside, and held it there for several seconds. He felt a sudden urge to ram it home but didn’t. He drew a deep breath and inserted it slowly, one click of the lock’s tumblers at a time. The adrenaline flowed as the fit grew tighter. A perfect union, so gratifying, so metaphorical. His eyes closed as it slid past the halfway point, deeper and deeper with each passing second. When the tips of his gloved fingers touched the metal casing of the lock he knew he was in. All the way in. Never in his life had he felt so connected to another human being, just knowing she was on the other side. The sensation was almost unbelievable, so he touched himself to make sure and nearly groaned with delight: He was
enormous
.

His eyes opened, and a thin smile crept to his lips. Slowly, but a little faster than he had entered, he pulled out the key and gave it a gentle kiss before tucking it away. His heart pounded, and he could feel the change inside him. He was losing all fear of doing the things that he knew she wanted done to her. His only remaining fear was that he might yet be less than perfect.

He could wait for perfection.

“Good night, Peyton,” he said softly. Then quietly, he climbed down the steps and vanished into the night.