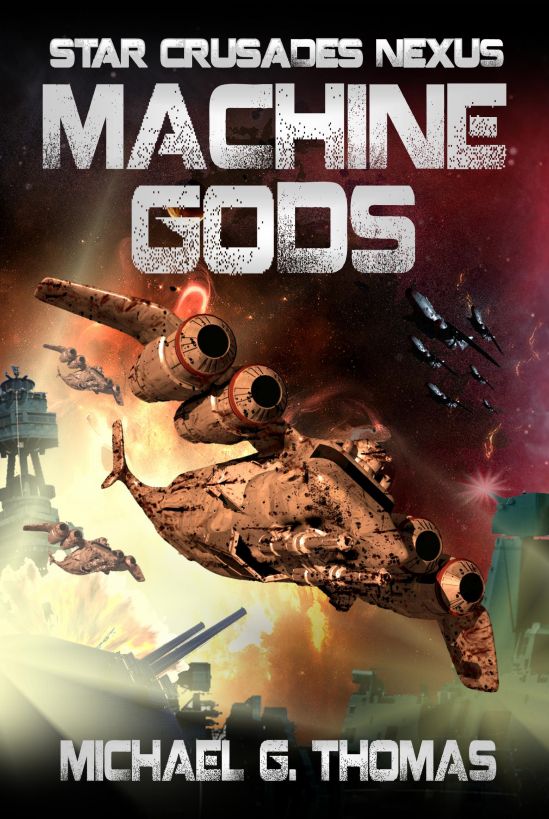 This eBook is licensed for your personal
enjoyment only. This eBook may not be re-sold or given away to
other people. If you would like to share this book with another
person, please purchase an additional copy for each person you
share it with. If you're reading this book and did not purchase it,
or it was not purchased for your use only, then you should return
to Smashwords.com and purchase your own copy. Thank you for
respecting the author's work.

It was nineteen years
since the last battles of the Great Uprising had been won in
340CC.
That terrible war had started as a
decade-long series of violent terrorist actions that exploded into
open revolt on a number of worlds. The Confederacy was almost
totally destroyed, with entire planets turning to join the rebels
and their violent pseudo-religious faction. From the violence of
that war, emerged the creation of the Centauri Alliance, an
artificial political and social structure that absorbed billions of
war-weary citizens. The worlds that once fought on opposite sides
joined together into this new Alliance, and much to the surprise of
its many critics, the Alliance survived. As years move to decades
of relative peace, a new golden age for mankind seemed just on the
horizon. Scores of well-established colonies now existed in worlds
of Alpha Centauri as well as Sol, the ancient solar system that
housed the original eight planets of humanity. Out on the fringes,
a whole array of new colonies was founded as far away as Epsilon
Eridani, Gliese 876 and Procyon. These new colonies were only a few
months or years old, but already great fleets of industrial ships
and corporations plowed their way through space to exploit them in
every conceivable way. The vast populations from the overpopulated
worlds like Carthago, Prime and Terra Nova flocked to the new
opportunities offered outside of their old systems.

In the middle of the
Great Uprising
, an Anomaly was found that
connected Proxima and Alpha Centauri together. This technology was
quickly reverse engineered, and the construction of the Network
began. By creating a series of artificial Spacebridges, it became
possible to connect stars and worlds several light years away. In a
matter of months whole chains of these Rifts, as they became known
as, were constructed, and the Alliance expanded at an exponential
rate. Whole industrial, commercial, and civilian corporations were
founded to take advantage of every new world and resource that was
located and made available.

It was not just the
children of Earth that now lived in this new age of mankind. A new
race now shared their
worlds; one created
as terrible weapons in the war during the Uprising. Large numbers
of these monstrous beings were saved from the thrall of the enemy,
and they soon became the most dependable soldiers in the last years
of the War. Now that the fighting was over, these Jötnar, as they
were named as, had found peace on their prized planet. This almost
inhospitable jungle world was called Hyperion; a planet seeded with
vegetation back when the first colonists had arrived in Alpha
Centauri so many hundreds of years earlier. It was this world that
had been the scene of the last battle of the War. A terrible and
savage battle that stopped the violence but also gave Alliance
scientists clues to create a new kind of Spacebridge; one that when
built in the appropriate place, could take them further than just a
few light years, and one that after years of hard work would send
humanity out to the Orion Nebula and their encounter with
destiny.

It was in this
new
part of the galaxy that the greatest
discoveries were yet to be made. Alliance ships soon moved into the
area of space around the first star system to be explored, New
Charon, and in less than a year, a dozen primitive colonies were
under construction. Tens of thousands of citizens uprooted and
moved in to explore and harvest the riches that were there.
Alliance scientists sent their top people to study the newly
discovered technologies that were smashed and abandoned on many of
the planets and moons. This was also the first confirmation that
sentient life had been found outside of the human
worlds.

All of these
discoveries paled into insignificance when compared to the first
contact between humanity
and their
brothers in the stars; a race of people know only as the T’Kari. A
people of knowledge and technology, they numbered in just the tens
of thousands after having been almost completely annihilated by the
same enemy that clawed at the worlds of the Alliance. With offers
of peace and equality, the T’Kari requested and was granted status
as citizens of the Alliance, and the first stage of the
multi-species Alliance began.

The Alliance
appeared strong, with its scores of worlds, billions of citizens,
thousands of marines
, and fleets of
military ships. The hidden enemy, one that had plotted and connived
to bring down the Confederacy appeared to have vanished, perhaps
forever. All that remained were its violent children that included
T’Kari Raiders, a small group of corsairs and bandits that flocked
like carrion to the weak worlds of their kin whenever the situation
favored them. If only the Raiders had given as much thought to the
Jötnar as they had to raiding civilian outposts. It was the only
way the Black Rift would have avoided discovery by the
Alliance.

Trade and industry were the prime drivers behind the
first Terran colonies that spread out from Earth and the other
planets of the Solar System. As people settled on new and fragile
colonies, so did their need for supplies and materials increase.
Moving ahead to the new worlds of the Alliance that were spread
over many light years, and it is easy to see how so many major
trade corporations were able to thrive. As each new moon or planet
was opened up for exploitation, a gold rush of civilian companies
would rush in to snap up the mineral, settling, and trade rights.
Without this successful and competitive industry, it might have
taken centuries to make progress in the Orion Nebula, as opposed to
the much shorter reality of just a few years.

Teresa Morato checked
the scanner one last time as the heavily modified six-wheeled
Bulldog moved down from the ridge.
The
large, bulbous tires stuck out underneath to fill the flanks of the
V-shaped hull. Originally intended for use in asymmetric warfare,
they were one of the few survivable vehicles in the Alliance
inventory for use against both mines and missile systems. Two more
identical vehicles bumped along the trail behind them, leaving a
long dust trial that followed them like a cloud of flies. The road
on the moon of Zatha Seven was in a poor state of repair, much like
all the facilities on the inhabited moon. This didn’t make it
unique though, as it was the same through the rest of the T’Kari
colonies that had survived the ravages of the genocide committed
against them over the last hundred years. None of the thriving
cities on the planets remained, just the shattered remnants of a
few dozen moons where they had lived in hiding for so
long.

“
Drone is in range,
feed coming up now,” said one of the technical operatives who sat
behind the driver, facing a number of video screens.

On
cue
, the three cameras on board the
aircraft appeared on one of the flat panel displays. Like all the
equipment in the vehicle, it was heavily reinforced and embedded
into the internal bulkheads of the Bulldog. The video feeds
included detailed data on height and target identification. Teresa
examined all three, her eyes darting between the many shapes. From
the air, the compound looked quite small, but Teresa recalled the
briefing she’d had via videoconference less than an hour earlier.
More importantly though, she knew how big the colony was that lay
beneath it.

“Any idea why they hit this one?” asked the
technician.

Teresa ignored him
and
pointed at the shapes on the
display.

“Are these all the landers that we detected during
our descent?”

“Yes, that’s also backed up by the distress data
sent to us before the civilians went dark.”

The man seemed a
little irritated at being ordered about, yet Teresa Morato ignored
it. She was thinking of the mission now and nothing else. The man
could think about whatever he liked, providing it didn’t interrupt
her operation. The last video transmission from the colony appeared
on the screen closest to her; the voice of the T’Kari male speaking
automatically translated by his suit’s translators.

Are they
ever out of those damned suits?
she
thought, skipping to the part she was most interested
in.

“
...thirty-two
minutes ago. Our surveillance masts detect three Raider vessels.
Our defenses have destroyed one...”

Teresa moved her hand across the display to jump
ahead fifteen seconds.

The face of the
T’Kari male moved closer to the screen; his face looked pained and
sweat ran down his face. Even though he wore a visor, it was clear,
and so every hair was visible on the high-definition video.
Gunshots were now audible in the distance, as well as the crump of
explosions. To Teresa’s trained ear, it seemed to be specifically
grenades and there were the unmistakable cracks of L42
rifles.

That has
to be what was left of our security unit
,
she thought
angrily.

The moon was a low
priority mining outpost for the T’Kari, and APS had been contracted
to bolster the security with just a single six-man team, including
communications gear and a single air defense unit.

“Please hurry, we cannot hold out much...”

He then staggered
backward and lurched to the side as if
being struck by a heavy object. Dark armored shapes rushed
past before the video feed finally cut. Teresa wiped her brow and
looked back to the aerial feed. She counted the shapes with her
hand, mentally comparing what she saw with the video from the
T’Kari and the other signals from inside the compound.

“
Okay, we’re in the
right place. Those must be the landers. Look at the
outline. They are the same specification as the
light transports the T’Kari use as heavy loaders or
shuttles.”

The ex-military
vehicles made quick progress over the uneven surface as their
semi-active suspension made minute adjustments with each revolution
of the wheels. The high-speed shook the passengers
about
, and it was only the
semi-stabilized mounting used on the seating that allowed Teresa to
continue to watch the screen with any kind of accuracy.