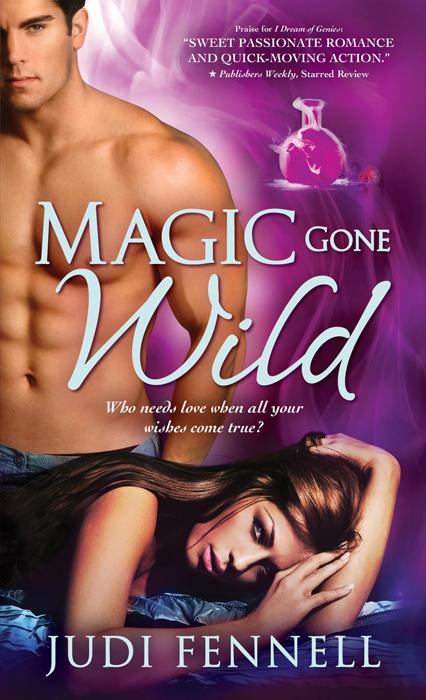 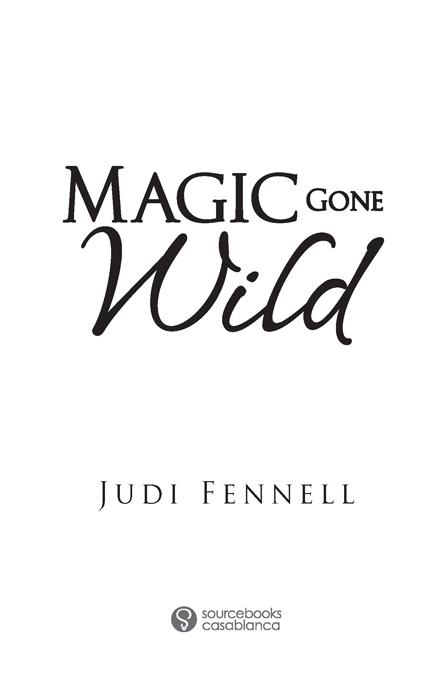 Careful what you wish for…

Excerpt from
I Dream of Genies

For my family and the memories of a certain Pennsylvania town

Careful what you wish for…

Vana cringed as the stairs vanished beneath Peter’s feet.

Luckily, this time, he was holding on to the railing.

Which also started to disintegrate.

Holy smokes! Would her magic
ever
turn out the way she wanted it to?

At least she could manage Invisibility, and did so, standing at the top of the staircase and gripping the railing so it wouldn’t fall apart. Luckily for everyone attending Peter’s weekly gathering, the structure seemed sound—despite the stair-mangling efforts of the bear she’d accidentally conjured.

Thankfully, Mr. Hornberger had chased it out before it could do any more damage, but she shouldn’t have tried to repair the steps, let alone
varnish
them. Especially with the way her magic worked. Or rather,
didn’t
work.

“And don’t try fixing it again. I’ll take care of it mysel—
agghh
!” Peter threw his hands in the air as the remaining spindle disintegrated and another stair tread caved in.

“Oh dear, Peter’s tippled too much again, hasn’t he?” Mrs. Otto waddled out from the dining room with Mrs. Ertel following her, dressed in her Sunday best and tsk-tsking behind her gloved hands. “I’m sure it’s understandable, Bertha. After all, a bear! Can you imagine? Quite the spectacle.”

Just one in a long line of them. Vana had the feeling that the townspeople’s appearances at Peter’s gatherings had more to do with her and her magic than the food he served. Not that anyone ever saw her; no one had but Peter. Which was half the problem. Peter was what the locals liked to call eccentric. He’d made money in shipping and imports before she’d entered his life (obviously, or she would have lost it all for him), and he’d invested it heavily in the town, but not necessarily in things people wanted him to invest in.

But that was Peter. He’d erected a big statue to his grandmother, the sternest-looking woman to walk the earth, and considering Vana had lived for more than a few centuries, she ought to know.

He’d paved the path to the home for unwed mothers with cobblestones, saying it’d prevent falls when the path iced over in the winter. The church ladies disagreed and periodically took up a collection to have the stones removed. But each time, Peter would have them put back in place. After all, he did own the property; he could do what he wanted with the path. It became an unending cycle until the women eventually gave up.

No, Peter Harrison had been an oddity long before Vana came along, but her special brand of ineptitude helped put the icing on Peter’s cake of eccentricity.

Peter never seemed to mind, and that, more than the fact that he possessed her bottle, made Vana happy to be his genie.

“Jonas, why don’t you send Mrs. Hamm to get your father?” one of the church ladies asked Peter’s son kindly. “I think he might want to take a nap.”

Sleep it off, she meant. Everyone thought Peter liked his whiskey, but the truth was, Peter couldn’t stand the stuff. He did, however, like a special blend of chilled tea that Vana could manage to magick up correctly.

She would pour the tea into empty whiskey bottles to encourage the locals’ belief that Peter liked his drink. That it had all started after the death of his wife (which, also not so coincidentally, coincided with the round-the-world trip during which he’d come across a certain bottle) lent credence to the story.

Everyone knew how distraught Peter had been, so what else could Vana do? Let them think he was full-blown crazy with his talk of genies and magic? He might own the town, but he’d also built that nice hospital at the far end, and there was a wing there with his name on it. She was half worried they’d send poor Peter there, and then where would she be? Where would the children and Eirik and all the rest be?

The children. Vana shook her head. The children had been dancing in the study earlier, which normally wouldn’t be a problem. But when children were enchanted to be everyday dishware, and those dishes were twirling and swirling and leaping and do-si-doing all over the place, well, that was definitely an issue.

Especially if anyone had seen them.

Vana winced once more when Mrs. Hamm, the housekeeper, strode into the foyer, bellowing as usual. “The master needs his nap!”

The master would never get his nap with that old foghorn blustering like she was.

Vana smiled. She’d been able to manage a fairly good sleeping draught that Mrs. Hamm had really taken to. Alas, it was the middle of the afternoon and Mrs. Hamm would never be persuaded into napping during a Sunday gathering.

Peter stumped up the steps. “I’m not taking a nap, Mrs. Hamm. I’m not in my dotage!” Still, he allowed the housekeeper to herd him up what remained of the curved staircase.

“Don’t fret, Vana,” Peter said as he passed her, his hand unerringly finding her shoulder as it always did.

No, no doubt about it. Although Peter might come across as being dotty, he was as sharp as a needle.

But she would fret. After all, this was her fault. Honestly,
varnish
? How hard could that be?

Vana sighed, kissed the air, her Way of doing magic, and
poofed!
herself inside the armoire in Peter’s bedchamber. Travel magic wasn’t as difficult as conjuring things, and once she’d practiced it, there’d been no mishaps similar to today’s incident—well, other than the time that Mr. Peale and Mrs. Hargetty had been too engrossed in what they
shouldn’t
have been doing to each other to notice her sudden appearance in the drawing room, that is.

The door opened and Peter strode in, followed by Mrs. Hamm, who immediately set about flustering around Peter, arranging pillows and fluffing the comforter in an effort to get her master settled.

“Stop fussing, Mrs. Hamm.” Peter tossed the silk pillow he’d bargained off old Mustafa in the
souk
onto the divan he’d won in a card game in Kiev. “It’s the middle of July. I am not cold, nor am I tired. I told you. It’s
her
again.”

Mrs. Hamm and the rest of the staff thought Peter’s “her” meant his wife, and Vana was fine with them thinking that. After all, Peter talking to his dead wife was more believable than him talking to a live genie, and since his supposed downward spiral into madness had begun in earnest after Millie died, it garnered him a certain amount of pity. Which was why Mrs. Hamm went about picking up the pillows and refluffing the comforter with merely a chorus of “yes, sir” and “of course, sir,” tossed about with the occasional “hmmm.”

Vana sighed, torn between wanting Mrs. Hamm to believe Peter—for once—and feeling bad that she’d contributed to Peter’s “madness” yet again. Really, she was just trying to do her job in the best way she knew. Was it her fault that her training had been cut short by a ruthless antiquities dealer who’d snatched up her bottle before she’d been given clearance to become a full-fledged member of The Service, that noble rank of Servitude every djinni aspired to?

Okay, so maybe she shouldn’t have been in that bottle, since, according to The Djinn Code, a genie shouldn’t be inside a bottle until she was assigned one. (Or someone accidentally locked her inside one, as had happened with that antiquities dealer.)

The Language of Death (A Darcy Sweet Coy Mystery) by K.J. Emrick
The Twilight of the American Enlightenment by George Marsden
Death Under the Venice Moon by Maria Grazia Swan
Blood & Milk by N.R. Walker
Mrs. Robin's Sons by Kori Roberts
Hero of Dreams by Brian Lumley
Mittman, Stephanie by Bridge to Yesterday
Nervios by Lester del Rey
The Testaments by Margaret Atwood
The Cage by Megan Shepherd