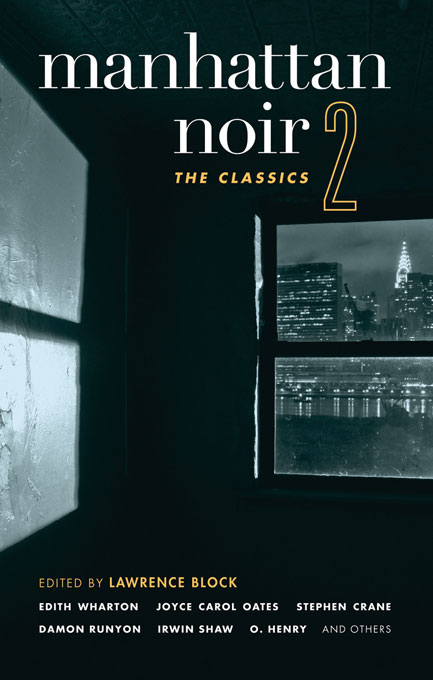 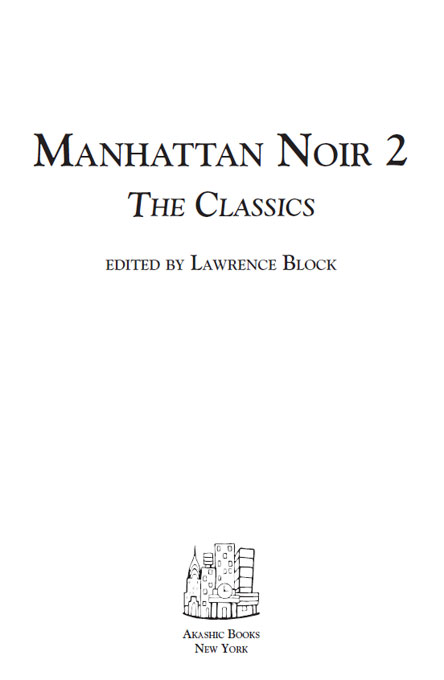 This collection is comprised of works of fiction. All names, characters, places, and incidents are the product of the authors’ imaginations. Any resemblance to real events or persons, living or dead, is entirely coincidental. 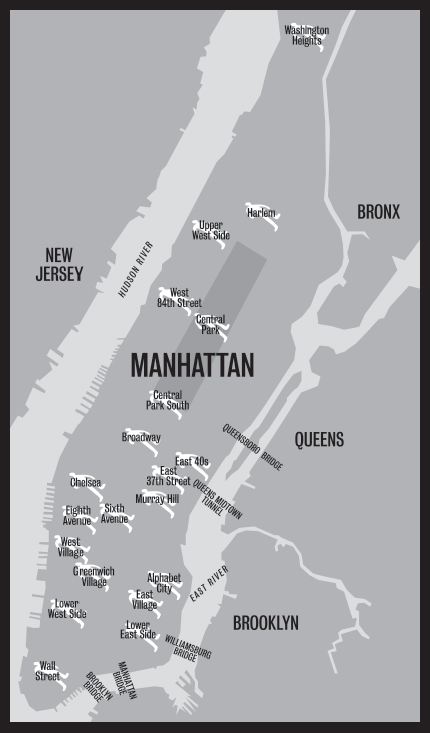 M
anhattan Noir 2
. How did that happen?

Almost inevitably, it seems to me. Several years ago, Tim McLoughlin edited and Akashic Books published
Brooklyn Noir
. The book earned a warm reception from critics and readers, and spawned a series for the publisher that is rapidly taking over the world. Early on, I had the opportunity to turn the noir spotlight on my part of the world, the island of Manhattan. Because I had the good fortune to recruit some wonderful writers who sat down and wrote some wonderful stories,
Manhattan Noir
drew strong reviews and sold (and continues to sell) a gratifying number of copies.

Early on, Akashic expanded the franchise with
Brooklyn Noir 2: The Classics,
consisting of previously published stories. (I could hardly be unaware of the book, as Tim McLoughlin was gracious enough to reprint a story of mine, “By the Dawn’s Early Light.”) And this sequel, too, was very well received.

While I was editing
Manhattan Noir,
it struck me that Manhattan was a natural setting for noir material, not least because it had served that function ever since Peter Minuit’s celebrated $24 land grab. I thought of all the writers who’d found a home in Manhattan, and of the dark stories they’d set here, and one day I e-mailed Johnny Temple at Akashic to propose the very book you now hold in your hand. Johnny, it turned out, had already noted in his calendar:
Q Block re: Manhattan Noir sequel.
Great minds work alike, as you’ve no doubt been advised, and so do mine and Johnny’s.

Blood of Iron Eyes by Rory Black
Bound In Death (A Vampire and Werewolf Romance) by Eden, Cynthia
Sentimental Education (Barnes & Noble Classics Series) by Gustave Flaubert
Witch Crag by Kate Cann
Tamed: A Huntress Spin-off Novel by Adria Wade
Vampire Legacy (Book 4 of the Dragon Heat series) by Ella J. Phoenix
In the Nick of Time by Laveen, Tiana
Feisty by Mackenzie McKade
The Trouble With Seduction by Victoria Hanlen
Miss Seetoh in the World by Catherine Lim