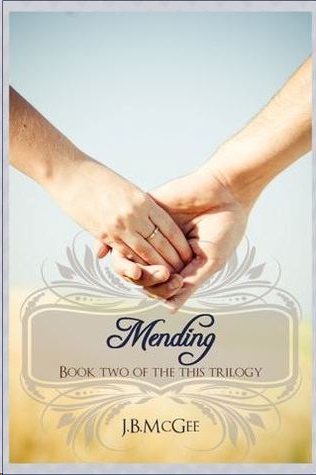 The second book in the This Trilogy

To my fans, thank you so much for your encouraging words.  Thank you for reading book one and begging for book two.  I never could have imagined the love you have shown to me and I will never lose my humility or humbleness where your generosity is concerned.
I poured everything I have into making this book the best I could.  I hope it does not disappoint you.

Gabby had been driving for four hours and it felt good to stretch her legs.  She was wearing skinny jeans
and
Ugg
boots
with a knee length double breasted khaki coat buttoned up and tied around the waist.  Her
chestnut
hair was wavy
and fell on both sides of her shoulder reaching her breasts.  S
he had thrown a black crocheted beret style cap
on before leaving Columbia.  After stretching from left to right, back and forth causing popping noises to come from her back, she
reached over to the passenger seat an
d grabbed her purse.  Locking and closing her door, she grinned as she
proceeded into Bradley’s
downtown apartment building.

S
he got into the elevator and took it up to the penthouse floor.  She briefly looked at her reflection on the steel door
s and tried to t
ame her
hair.   She p
ursed her lips to distribute the
lip gloss she had applie
d a few minutes before arriving while still
in her car.  When she got out she w
as immediately at his door.  Gabby
cheerfully knocked a
rhythm
.  Before she could finish her cute little knocking melody, the door flung open.

“Well hello there.”
Bradley surveyed her from head to toe
smiling
.
Reaching his arms around her waist pulling her closer, he nuzzled her neck while using his hand to move her hair b
ack behind her shoulder.  He pushed his head into the small opening at the top of her jacket
trail
ing
kisses on her neck.

“Well, I take it you missed me?

Geez, aren’t you going to let me in or are you going to completely make me fall apart right here in the hall?”

Clearly Gabby didn’t mind too much because she closed her eyes and tilted her head to the side sighing as he
continued to plant
kisses over to her jaw and up to her mouth.  She did nothing to stop him, but instead grasped her
fingers tightly around his
longer than usual
dark
locks.

Flashing his playful blue eyes to hers quickly and never stopping from kissing her, “
Mmm
, you falling apart right here in the hall sounds really good to me.”

“
Mhmm
?”
He continued planting soft
kisses to the other side of her jaw and down her neck going towards her chest.

Gabby moaned, “We should go inside.”

“Okay. I. Have.
Mis
sed.
You.
So.
Much,” he growled as he began to move back pulling her in with him.

Bradley’s apartment was most definitely a bachelor pad.  It was decorated in urb
an contemporary furniture in a
combination of
khakis, creams, and navy.  The windows went from
floor to ceiling and what walls there were between them were painted a contrasting white and gray color.

As soon as the door was shut behind her, he
untied her coat and pushed it off of her shoulders revealing a charcoal poof sweater with three quarters length sleeves, scoop neck, and banded waist.

The sweater was showing a tease of cleavage.
He pulled the shirt away from her body and let go of it quickly almost popping her skin when it
quickly shifted back into place.
Grinning he muttered,
“I like this.”
Reaching down, he p
icked her up in
to his strong muscular arms, carrying
her towards his bedroom.  Gabby couldn’t contain her giggles.

Wrapping her arms around
his neck, they were
mouth to mouth almost instantly.  T
ongues ravenously thrashing with hunger and need from not seeing each other
in a
week
.  S
he
pulled away
wi
th her big hazel eyes aglow,
sha
king her head from side-to-side.
“You are so crazy, do you know that?”

“Yes, I do.
Crazy for you.”
He kissed her passionately again,
then broke it quickly leaving Gabby panting and frustrated huffing and her brows furrowed.  He gently put
her down on his king-sized bed.  “Don’t pout like that.   Y
ou won’t be let down.
”
He started to remove her shirt.
“
I have plans for us later tonight, so I need to make sure I get all my crazies out before we have to leave.  Do you know how hard it is
to go a week without my lips all over every square inch of
your body?”

“Nope, I don’t know.  I think you need t
o show me,” Gabby teased.  Oh she knew how hard it was to go all week without touching him.  But, it turned her on to hear him want her so badly.  All she had done the last four hours was daydream about the way he’d relieve her mounting tension and pit in her stomach.
The long distance relationship had been hard, but not as hard as they had
thought.  It was working.  H
e tried and succeeded in every way he knew how to make it up to her, to show her how much he missed her
, when they were together
.

Bradley tossed her sh
irt to the floor beside the bed.
“Oh, Miss
Gerh
art
, I fully intend to show you.” He pulled the back of his white t-shirt from behind and tossed it onto hers beside the bed while pushing her gently back and climbing between her legs.  “I want to
reacquaint myself with your body.  I have so much planned for you.”

Gabby’s
eyes were wid
e and grin came across her face.
“Hmm, I like the sounds of that.”

“No baby, no sounds.” He started at her navel and kissed her softly, gently tugging on her sensitive skin. “
The feel of that, that’s what you should like, now
shh
.”  Then he slowly licked up her midline.

Bradley loo
ked up with a mischievous grin.  “Right,” he spoke, mirroring
her words as he took her tenderly kissed her lips gently tugging them with each kiss. His hands started where his mouth had earlier started on each side by her navel and slowly moved up until he reached her breasts and the sensations caused her t
o shiver
below hi
s able hands.  When he felt
goosebumps
pop through
, he smil
ed as he
continued to kiss her.  His lush
eye lashes brushed
up against her over sensitized skin as he closed
his eyes.

She threaded her fingers through his si
lky hair as she arched her back.
“
Ah,
I’ve missed you,” Gabby spoke softly.

“
Shh
.” Bradley caressed her cheeks with his knuckles and then skimmed them to her hair, moving
it back as Gabby tilted her head and sighed closing her eyes.
She grasped his hair tighter
as
if her life depended on it.  Once her hair was moved to the side, he moved his kisses to her ear, tugging her
lobe smi
ling
.

“
Mmm
,” Gabby groaned and pulled him to her mouth to kiss him, this time with more passion and urgency.  The doorbell rang, but neither stopped.

“Aren’t you
gonna
get that?
” Gabby asked after it rang a second time.

“Clearly it must be important, they have rung it twice.”

“Don’t care.  N
othing’s more
important than you.” H
e moved his kisses to
Gabby’s
neck and then her chest.
“
Shh
.”

Gabby shifted uncomfortably
.
“I don’t think they are going to go away, Bradley.  Just go see what they want and come back to me.  I’ll wait.”  Gabby raised one eyebrow and gave him a playful smirk.

“Hmm, I’m in no condition to go open the door right now.” Bradley looked down at his
over worn rugged Abercrombie jeans, which were about to bust at the seams from his arousal
.

Gabby covered her mouth trying to hide her smirk
.
“Yeah, you should probably straighten that out.”

Bradley cocked his head to the side and moving his pointer finger from left to right, “
Tisk
,
tisk
,
tisk
, Miss
Gerhart
, you are a naughty girl with your double innuendos.  I have every intention of
straightening my situation
out when I am done at the door.”  He reached down and gave her a chaste kiss.  “
I’ll be rig
ht back, don’t move a muscle.”  He hopped up from the bed, grabbing his shirt from the floor.  He quickly threw it over his head and smoothed
his hair into place as he stumbled out of his bedro
om. The doorbell rang once more.  Frustrated at the rude interruption he yelled,
“Coming.  I’m coming already!”