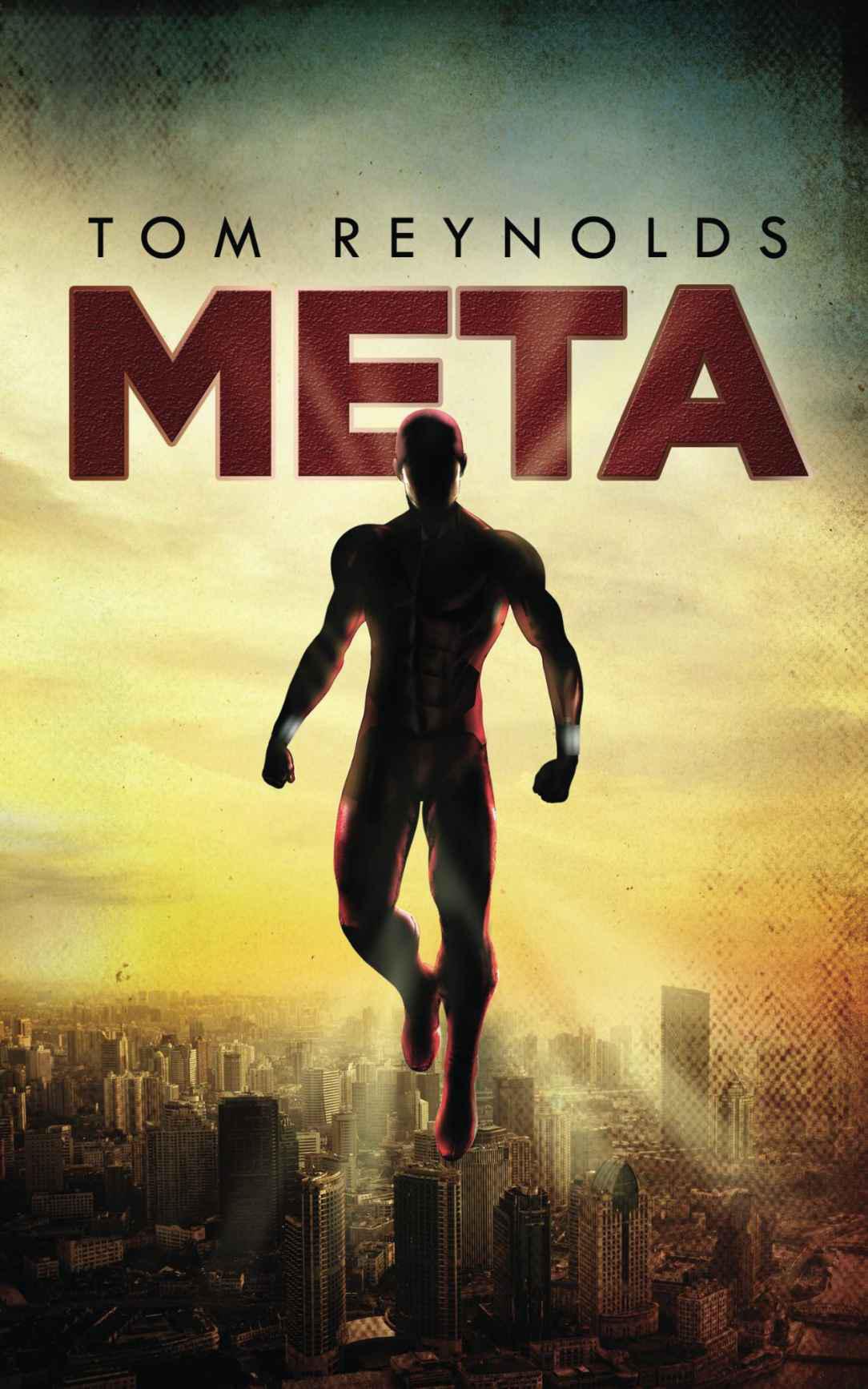 This book is a work of fiction. The names, characters, places and incidents are products of the writer’s imagination or have been used fictitiously and are not to be construed as real. Any resemblance to persons, living or dead, actual events, locales or organizations is entirely coincidental.

“Any sufficiently advanced technology is indistinguishable from magic.”

Jones and The Governor are the topic of today's lesson at St. Albert's High School, where I am sitting quietly in my 10th grade social studies classroom. Everyone in the classroom is trying to pretend that they're not looking at Connor Connolly. The new kid with the dead parents. Me.

Or run out of the classroom.

Any of the things you'd expect a teenager to do when they have to sit through a history lesson about the event that claimed his parents' lives. I wasn't used to this back home. Back home, I was one of a dozen kids in every class who had lost someone in The Battle. Not the case here in Bay View City.

My brother was twelve years older than me, but still barely an adult when everything happened. Even though I'm only two years away from being eighteen myself, I cannot even begin to imagine what it would be like to have to suddenly raise a six-year-old on your own.

He did the best he could with what he had, and what he had was a small cash settlement from the United States government. A pittance of an apology for their inability to protect citizens from metahumans gone rogue.

It was the last day of classes and everyone was busy figuring out their summer plans. Well, I say figuring out, but really, almost everyone knew what they were doing. Today was more about sharing their plans, seeing whose were the most impressive. No one asked me what my plans were.

After school, I returned home to find my brother Derrick was just waking up.

Derrick is a reporter. Well technically, he's a blogger but don't ever correct him about that. As far as he's concerned, there's absolutely no difference between the two. I'm acutely aware the major difference is that one pays an actual salary and the other does not.

Since Mom and Dad died Derrick has been obsessed with metahumans. Luckily the site he works for, The Rodgerson Post, is just as obsessed with them. Derrick is probably one of the world's foremost authorities on metahumans, which in many fields could land him a very lucrative job. However, he's also probably one of the internet's foremost metahuman conspiracy theorists. Considering the majority of the conspiracy theories around metahumans concern government cover-ups of the deaths of tens of thousands of citizens, you can see how this is something we'd call a "job liability". Sleeping until three p.m. everyday is another one. Luckily, they let him work from home whenever he wants.

"We'd gotten an anonymous tip that a metahuman was sighted down by the old power station two nights ago. Turned out to be nothing," he says.

"Of course it was nothing. There hasn't been
something
in over 10 years," I tell him.

"You don't really believe all of that horseshit do you? You know that some of them are still out there, hiding," Derrick says.

"Yes, I do believe that’ horseshit', because if some of them were still out there, then why do you think we haven't actually, you know,
seen
them." I'm not even sure why I'm willing to get into this argument again. We must have had it a million times, and it's not like I'm going to change Derrick's mind.

"God. Open your eyes Connor. You think it's a coincidence that just when the government learns how to kill a metahuman they all just disappear? I don't understand how you can be so naive." Derrick says.

"I don't understand why everything has to be so complicated. Is it really that hard to believe that all the bracelets just stopped working?" I asked.

The truth is; no one really knows what happened. Out of the dozen metahumans that the world had come to know, only a few were actually confirmed dead. The Governor was, of course, confirmed dead by the government (don't bring this up around Derrick unless you want to be lectured for a half hour about how blind to the truth you are). Jones was basically assumed dead, and anyone that remembers the blast had little reason to question it. Metahumans might have seemed pretty tough, but it's impossible for all but the most delusional to believe that anyone could have survived that blast.

Most of the others died of stupidity well beforehand. To be fair, their accidents were really only stupid in retrospect. It's not like the metabands came with instruction manuals. Most of them died before they even had a chance to come up with their own crime-fighting name.

Ralph Smith died when he teleported himself to the basement of Fort Knox, intent on stealing the nation's gold reserves. The only problem was; there is no basement in Fort Knox. They found the very top of his head peaking out through the solid concrete floor in the vault. He'd fused with the floor itself.

After his unfortunate example, others with the power to teleport did so much more carefully, only transporting themselves to places they'd been before and were confident hadn't physically changed since their last visit. Of the four known teleporters that were now MIA it was impossible to know how many might be stuck in a wall somewhere, explaining why we hadn't heard much from them lately.

Elaine DeGrasse was another famous metahuman, Darwin Award winner. Her metabands were in her possession for all of about 3 minutes before her untimely passing. Not nearly enough time for the cuffs to adapt to her physiology. Elaine had always dreamt of flying, and when given the chance to do so with her newly discovered "magical" bracelets, she did not hesitate. Off she went, blasting into the air with a speed no one had ever witnessed before.

What she didn't understand; was that metabands did not necessarily come with the ability to overcome the basic human need for something called oxygen. On a clear night, and with a strong telescope, you can still see her asphyxiated body orbiting the Earth.

"By the way, I'm not going to be able to give you a ride to school tomorrow. Car's in the shop," Derrick informs me.

"I don't have school tomorrow. Today was the last day of classes," I tell him.

"Wait, today was? Oh wow, it's June isn't it? All right, school's out! Right buddy?" Derrick says in his best attempt at feigning enthusiasm, punching me in the arm a little too hard. "So what are the big plans for your first night of freedom tonight?"

"Freedom" as a sixteen-year-old doesn't mean a whole hell of a lot.

What "freedom" essentially boiled down to for me and everyone else I know, is the option of either staying at home to play video games until your eyes fell out, or going to the woods to drink warm, cheap beer with a bunch of idiots whose sole purpose in life seems to be informing you of "how wasted" they are.

Neither of these appeal to me tonight, or ever really. Despite Jim's assurances to the contrary, tonight will likely end with Jim and I walking around the neighborhood bored out of our minds before we inevitably end up at a diner eating chicken fingers. Same old, same old. Jim's my best friend, and by best friend, I mean he's my only friend.

Generally speaking, Jim's slightly more outgoing than I am. Or at least slightly more interested in seeming to be part of the actual general population of the school itself. It can be annoying at times, but at the end of the day, he's still a great friend. He's never let me down and is always game for just about anything. Unfortunately tonight, anything means going to the woods to drink warm beer with the popular kids.

Well, in all likelihood it'll be more like watching the popular kids drink lukewarm beer while we sit on tree stumps. Neither of us have a way to get beer (nor am I really interested in the first place), and the kids throwing parties like this aren't exactly known for picking up a few extra cases of beer just in case the unpopular kids, who weren't invited, show up. At sixteen, anyone who can get beer is basically looked up to as metahuman themselves.

We're at his house, playing video games until our eyes fall out. Jim sighs.

"This. The whole 'too cool for school' routine. It's getting old man," Jim says.

"Old to me, who coincidentally is the only one who'll ever be around for it to get old to if you don't come out of your shell a little bit," he says.

"Yes you are. When's the last time you've been to a party?" he asks.

"You mean a real party or one of these lame 'let's all talk about how wasted we are in the woods get-togethers?" I ask back.

"Oh, I didn't realize that woods parties were beneath you all of a sudden. Surely, you must have other, much more exciting, plans tonight Mr. Bond. Shall I send the helicopter to fetch you from your penthouse afterwards, so we can get chicken fingers at the diner?" he asks.

This actually does make me laugh.

"Seriously though dude, it's the last day of class. Relax a little bit for God's sake. Is one party in the woods going to kill you?" he asks.

"Who knows, it might. What if there are bears?" I ask back sarcastically.

"I give you a zero bears guarantee. And on top of that, I give you a 100% percent Sarah Miller guarantee," he tells me.

The reason I would care, of course, is because I like Sarah Miller. Like, like her. You'd have to be literally insane not to like Sarah. She's funny, beautiful, and probably one of the smartest girls in our class. The only thing keeping every guy in our class from falling madly in love with her; is probably that she's too smart to ever really like any of them back. Guys my age don't like funny girls. There's something about the mind of a sixteen-year-old male that makes most of us put girls in either the "hot" or "nerd" category. Sarah's smart, so that overrides everything and puts her in the nerd category for most. Not me though.

"Don't say anything in front of her, all right? I really don't need that kind of aggravation tonight Jim,"

Lassiter 07 - Flesh and Bones by Levine, Paul
Double Vision by Tia Mowry
Vespasian: Tribune of Rome by Robert Fabbri
2007 - Two Caravans by Marina Lewycka
Convict: A Bad Boy Romance by Roxie Noir
Save Me (The Me Novellas) by Appel, Liz
Come Into Darkness by Russell, Daniel I.
Just Once by Jill Marie Landis
A Gift of Wings by Stephanie Stamm
Addicted to Love by Lori Wilde