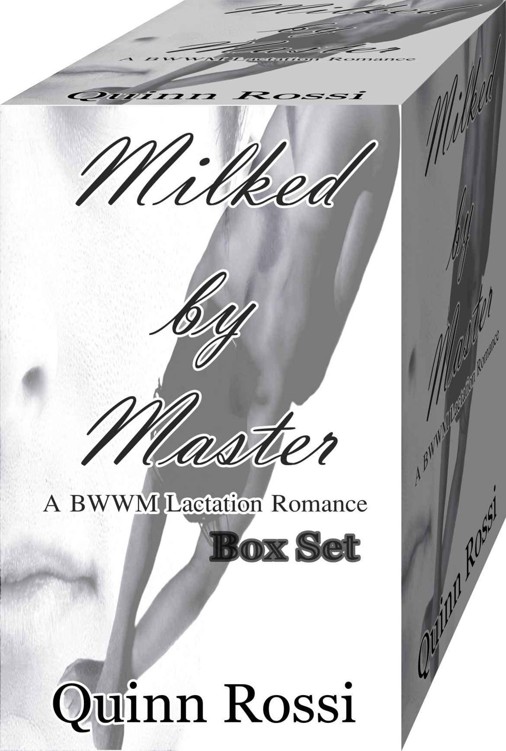 Clara
scrubbed the dinner dishes vigorously. The hem of her long off white
dress grazed the wooden floor boards. She paused for a moment to flex
her fingers. He'd been working her than usual, a surefire sign that
he was displeased with Mistress.

“Oh!”
Clara softly exclaimed as she yawned. A pins and needles sensation
shot through her jaw. Her cheeks were sore from being stretched
beyond their limits. As she resumed her scrubbing, she felt her
massive breasts growing heavier with each passing moment. As she
watched the ivory soap suds slide down her smooth brown arms, she
sighed. The contrast in color immediately inspired flashes of
Master's lily white flesh smashed against hers while in the throes of
one of their illicit sessions.

“Yes
suh, I surely will,” Master assured his last guest as he said
goodbye. Clara could faintly hear his creamy southern drawl in the
distance. She shuddered. Slowly closing her wide brown eyes at the
sound of his voice, she felt a charge shoot through her clit. He'd
trained her body well to respond to him. Clara startled at the cold
sensation sliding down her soft dark thighs. Had she been so
distracted from her chores that the water had gone cold? The wooden
floorboards creaked beneath her silken bare feet as she curled her
toes. She could still feel Master's iron cock nestled deep within her
womanhood.

She
was still aroused from dinner, where he made sure to excuse himself
to her post in the kitchen several times under the false pretense of
checking on “the help.” She'd done her best to stifle her
moans as Master mercilessly penetrated her, all while his guests sat
blissfully eating, chatting and laughing on the other side of the
wall. She willingly gave herself to him, fully allowing him to take
what he needed from her to satisfy his lust. She craved him just as
much, if not more, having borne two of his children with a third now
on the way. Clara accepted her place to hold Master's seed within her
at all times. Mistress' womb was barren and cold, a major factor in
Master's distaste for her. As Clara adjusted her head scarf, she put
a damp hand on her belly. They'd been secret lovers for years,
neither one able to quit their dangerous addiction to one another. In
the 1820's south, the laws against blacks and whites fornicating were
strict and clear. If they were ever found out, the punishment would
be devastating to the both of them.

Once
more, a fresh chilly wet sensation traveled the length of her thick
thigh meat. Looking down, she realized her swollen, chocolate breasts
were painfully engorged with milk and leaking. A slow smile crept
across Clara's flawless face. She knew that it wouldn't be long
before Master came back for her, demanding his midnight snack. Her
heart began to race at the sound of his footsteps clomping back
towards the kitchen. Clara quickly resumed her task, washing the
dishes and placing them gingerly on the table next to her. Master
never permitted her to wear a corset, so her huge onyx orbs bounced
swayed beneath her thin garment as she worked, causing milk to spurt
out in intervals, soaking her chest.

Clara
felt his hulking presence behind her before he even spoke. He gripped
a curvy hip with one massive hand and palmed her throbbing, dripping
breast with the other.

“Looks
like it's time for your milking nigg'r," his voice was low
and gruff. She could almost hear the erection in his tone.

“But
Massa,” Clara protested as her body quivered in
anticipation. “I's right in the middle of dishes... I-”
He
grabbed the knot on her hair scarf and jerk it
straight down. Pointing her face to the ceiling, his
lips tickled her earlobe as his hot breath whispered, "It'll
wait nigg'r, drop your top and let me see those full udders,” his
tone was raspy and on the brink of losing control.
"Yes
Massa", Clara complied, peeling away the delicate fabric to
reveal her enormous juicy milk bags. Master's eyes wandered between
her face and her gigantic dripping breasts. He felt his cock grow
even more at the sight of her soft, bare cocoa skin.

The
sound of her husband engaging their late model Ford's alarm system in
the driveway shook her out of her fantasy. She blinked.
Damn,
he did it to me again
,
she thought, looking down at her soaking wet pale blue panties.
She quickly clicked the red “x” in the corner of her
browser as she heard the clank of her husband's keys in the
door.
Shit,
shit, shit!
She
thought.
I'll
delete the history later,
she
silently promised herself. Her anonymous on line
Master, Farmer6969 was going to have to wait.

“
Baby! How
was your day-” she greeted her husband as she took his
coat.

“What's
for dinner?” Darod cut her off, ignoring her question.
“I'm starvin' yo,” he mumbled as he brushed past her
to the den.

Fuck
my life
,
Clara thought as she rolled her eyes at Darod's retreating back.
“Umm, well I haven't exactly had time to get dinner going just
yet babe. The baby has been really fussy all day and...” Clara
trailed off realizing that Darod wasn't paying a lick of attention to
her. The game was on and she knew her husband well enough to know
that he gave zero fucks about anything she had to say that wasn't
directly related to putting food in his belly. The romance had been
sucked from their marriage years ago. In a last stitch effort to save
them from divorce, Clara purposefully got pregnant. The baby was
supposed to renew their affection for one another, but it was just
the opposite. Clara didn't think it was possible, but she hated Darod
more lately than she ever had before. He hadn't touched her since he
found out they were pregnant, and Clara figured it was just as well.
The sex they used to have was boring and unimaginative. These days,
the thought of his ashy, calloused hands on her made her nauseous.
Farrmer6969 on the other hand...

She
sighed as she pulled a Hungry Guy tv dinner from the freezer. Ice
crystals had begun to form a crusty layer over the processed junk
food, but she tossed it in the microwave anyway.

“
YEAH!!
ALRIGHT MO'FUCKA!
”
Darod screamed at the tv, startling Clara half to death.

“The
baby is sleeping,” she called from the kitchen. Darod waved her
off.

“Yeah,
and I'm still hungry. Da fuck's takin' so long?” he sneered
back, scratching the exposed scalp between his tightly braided
cornrows.

Clara
gave him the finger behind his back. She felt her breasts tighten and
ache as droplets of milk soaked through her shirt. “Shit,”
she whispered to herself. Exasperated, felt her huge brown eyes well
up with tears.

She'd
been over producing milk ever since the baby was born. By the time
their little girl was a month old, she had to purchase a deep freezer
to store all of the extra milk she pumped. Knowing that there was no
way the baby could drink all of the supply, Clara looked donating or
selling her milk. During her search she came across a site that sold
to adults as well. She was shocked to learn that there were men out
there who'd be willing to pay top dollar for what she had. One man
with the handle, Farmer6969, even offered to milk her himself,
training her to be a hucow.

Hucow?
Clara
had never heard the term before, but something in his words
piqued her sex starved body and mind. As the marriage she'd been
pushed into disintegrated before her eyes, her own fantasies had
grown more and more depraved. Clara began to acknowledge a secret
part of herself that she'd kept hidden for as long as she could
remember: A feverish attraction to white men. She'd spent
hours on line clicking through images tagged with black woman, white
man or “bwwm,” for short. It was inspiring to see
sistas of all different flavors like her looking so in
love and happy with their ivory princes.

Submissive
by nature, Clara had always secretly been fascinated with
white slave owners who bred their female slaves. There's
little documented about that time period, but what she
was
able
to find fed her growing obsession. When Farmer6969 mentioned
“breeding” her, Clara allowed herself to be intrigued.
Before she knew it, she'd engaged in a salacious ongoing email
exchange with him, where he made her deepest most shameful desires
come to life. He had an amazing way with words and an uncanny ability
to transport her to a completely different time and place. Farmer6969
had awakened a hibernating sexual beast within her that was now
clawing to get out.

As
Clara walked towards the den with Darod's dinner tray, it took
everything she had not to clock him upside the head with it. She'd
never been in love with him and she only married him because her
family expected her to. Clara laughed to herself.
What
I wouldn't give to see the look on their bigoted faces had I brought
a white boy home. Mama woulda dropped dead then and there.
Clara
was startled when she realized how happy she felt imagining her
mother dead.
Bitter
old

hag
,
she thought as she inched closer to Darod's recliner.
Tellin'
me all my life was how white people were the devil. I've been hit on
by more white men than any other race. Darod treats me

I'd
be happy now if it weren't for her and her bullshit
prejudice,
Clara
lamented. She chuckled again as she thought of the contrast of what
she'd been taught growing up and her deepest, darkest fantasy: To be
a whore to a white man.