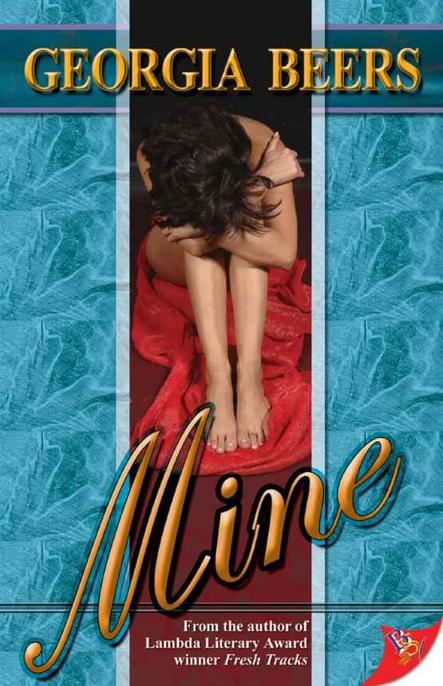 What happens when you’ve already given your heart and love finds you again?

Three years after Courtney McAllister loses her partner in a car accident, she’s finally trying to move forward. She’s even dated half heartedly over the past year, but no one is able to penetrate her emotional barricades until she meets aggressive real estate broker Rachel Hart. Despite Rachel’s cool facade, Courtney is drawn to her—when she isn’t furious with her. Still, despite an undeniable attraction, Courtney has given her heart once and doesn’t have room for that kind of love in her life again. Rachel isn’t looking for love, especially not with a woman who belongs to someone else, and taking second place has never been her long suit. 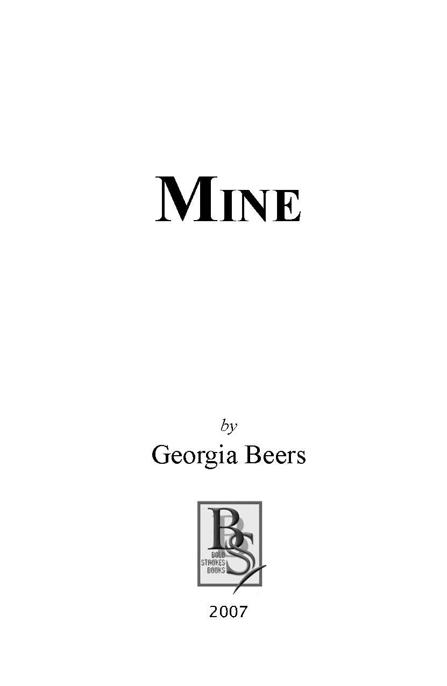 This electronic book is published by

Too Close To Touch

First and foremost, I need to thank my dear, dear friend Erin Fennell. She has one of the sweetest souls of anybody I’ve ever met, and she gave me free rein to pick her brain as well as her heart so I could try to understand the issues, emotional roadblocks, and internal doubts and questions a young widow must face. Her honest and invaluable guidance about grief and surviving the loss of a spouse, as well as her unending friendship, mean more to me than I can possibly put into words. I love her with all my heart.

Thank you to Sue Lasher for all the insight, information, and education on bereavement groups, what they do, and how they’re run.

Great appreciation to my friend Chris DelConte for his extremely helpful suggestions and pointers regarding the wonderful world of real estate.

As always, I owe huge thanks to my beta reading posse? Stacy Harp (who’s been with me since my very first book), Steff Obkirchner, Jackie Ciresi, and Paula Tighe. Their encouragement, nitpicks, and pats on the back did what they always do: helped me write a better novel.

This is the first time I’ve worked with Cindy Cresap as an editor, and she took her life in her hands by offering me some very radical suggestions in order to improve the book you’re holding right now. And though I confess to initially harboring some rather violent thoughts about her, in the end, she ended up being right (which is why she’s the editor and I’m not). So I want to say thank you to her for having the patience and courage to show me a better way to craft this story.

Not for the first time, and certainly not for the last, big, big thanks to Len Barot and Bold Strokes Books. I am lucky, proud, and extremely grateful to be in such cool company.

I don’t have to tell you. You already know.

The sun beat down mercilessly on the worn wood of her back deck, and Courtney McAllister knew she’d be spending the day in the pool again. Not that she minded. There were worse ways to spend a day. She glanced out the kitchen window at the thermometer mounted at an angle for viewing from inside. Eighty-seven. At eight o’clock in the morning. Another scorcher.

It was cool enough in the house, though. She’d been against getting central air, but on days like this, was blissfully glad she had it. It wasn’t all that great at cooling the upstairs and the bedroom often seemed a bit stuffy, but as she wandered the first floor with her coffee cup in her hands, she was happy to be comfortable. Breaking into a sweat first thing in the morning was not her idea of fun. Unless she was sweating for the right reasons, of course…which hadn’t happened in a really long time. Sometimes, Courtney was certain it would never happen again, and the idea of spending a steamy afternoon floating in the pool alone seemed suddenly sad and pathetic.

She stood in the middle of the living room, slowly turning in a circle and taking in everything there, trying not to panic about the changes she was about to set in motion. She loved this room. The ceilings were high with two skylights that threw sunlight down onto her head and created funky geometric patterns on the thick beige carpeting. The chocolate brown leather couch was buttery-soft and inviting even if you were just looking, practically screaming for you to come and sit on it. In the corner by itself sat Theresa’s overstuffed reading chair and matching ottoman. Courtney never sat in it, choosing instead to let it sit abandoned yet spotlit, like some shrine to the way things used to be. The scratched and marred oak coffee table sitting solidly in front of the couch was something that really needed replacing. But it was the first piece of furniture Courtney and Theresa had purchased together and they’d been loath to give it up. Some weird, sentimental reasoning that neither could put her finger on. Now that Theresa was gone, Courtney was even more hesitant, as if getting rid of the old table would be akin to tossing away a part of her old life.

She flopped onto the couch and propped her bare feet up on the object of her worry. She should be used to this by now, this wavering, this back-and-forth. She’d been doing it for almost three months. The summer was more than halfway over. She’d have to start preparing for school soon and she knew if she let herself get to that point, she’d put things off for another year. Who wanted to sell a house in the middle of winter?

She could hear Amelia’s voice very distinctly, as if her best friend was still standing right in front of her, scolding gently like she had the day before.

Honey, this place is too damn big for just you. First of all, you don’t even use half the rooms. Second of all, it’s way the hell out here in the ’burbs and you never see any of your friends. You’re becoming a hermit. You need to get out there, to mingle.
Her tone had softened at that point.
It’s time to move on, sweetheart. Theresa wouldn’t want you to be stuck like this.

Although Courtney knew Amelia was right, she still prickled at the assumption that she was turning into a recluse. She’d dated. She’d dated more than once. Just because she hadn’t found a woman who curled her toes, did that mean she wasn’t trying? That she was perfectly happy being alone and lonely in her big house that she’d purchased with her dead girlfriend?

Shaking her head in dismay, she sighed loudly, wishing somebody—anybody—was nearby enough to hear it and sympathize with her plight. Directly across from her, she scanned the shelves on either side of the large television. She studied the myriad of framed photographs and souvenirs from what felt like—and what was—a previous life. There was Theresa on the whale-watching boat during their trip to the Cape. She smiled when she recalled that just moments after snapping the picture, Courtney turned to her left and promptly threw up in the garbage can. Theresa never let her forget it. The next shelf down held an 8 x 10 in gorgeously bright color of Theresa and Polo. The adopted beagle mix had been Theresa’s pride and joy and she was devastated when old age had claimed him several months before Theresa’s accident. Courtney had lost them both within a year. Sometimes, she wondered how she’d survived.

She set down her mug, stood, and crossed the room, reaching out to pick up a black-and-white picture in its sturdy wooden frame. She held it with care, lovingly running her fingertips over the round, smiling face of her beloved partner. It was the day of their union ceremony and they’d both looked gorgeous and ridiculously happy. Their white dresses were simple. Theresa’s short dark hair was glossy and tucked behind her ears. Courtney’s—longer and a lighter brown—was up in a French twist. Even in a photograph, the glimmer of ecstasy was visible in Theresa’s rich brown eyes. She’d always told Courtney it was the happiest day of her life.

Courtney set the frame back in its place as she felt the threat of tears. “Damn it,” she mumbled. She’d gotten much better at reminiscing without getting overly emotional. It seemed that people were right: time does help heal. But the wedding picture got her every time. She retrieved her mug and escaped back into the kitchen where a slice of buttered toast lay abandoned on a plate at the table. She sat down and her eyes were pulled to the newspaper ad she’d spread out last night.

The woman staring back at her looked coldly beautiful. Blond, with a smoothly chiseled face and prominent cheekbones. Even in black and white, the blue of her eyes was obvious. They were an icy shade, which seemed like the perfect adjective, the darkness of her lashes making the color even more apparent. Courtney reached a hand out and tilted the page so she could see it more clearly.

Most realtor ads Courtney had seen had some kind of catchy phrase, something corny like “I’ve been around the block,” or “I won’t just find you a house, I’ll find you a home.” Apparently, Rachel Hart, Million Dollar Producer, didn’t need catchy. She had those eyes.

“Carl says she’s one of the best around,” Amelia had said a couple days earlier, referring to her mortgage broker husband. “She’ll sell this place in a heartbeat. And look.” She’d pulled the newspaper out of her bag, folding it so Courtney could see the title page and note that it was the local gay rag. “She advertises in the paper of your people.” Her expression filled with affection and humor, she tossed the section at Courtney. “Just think about it.”

Courtney had thought about nothing else since then. The pros and cons, the benefits and the drawbacks. She made lists, for Christ’s sake. She hated the idea of giving up her dream home. It was the house she’d picked out with Theresa, that they’d purchased and decorated lovingly together. They’d only been there for a year before Theresa’s accident and they’d had plans for this house. But Amelia was right. It was too big for only one person, and the thought of getting a roommate just to take up space was depressing. It wasn’t
that
far into the suburbs, but even the thirty-minute drive from downtown could become grating, especially in the winter. Most of the evening activities Courtney took part in—and there were fewer than there should have been—took place in the city. More often than not, she found herself driving the thirty-minute commute after work, then turning around an hour later only to drive another thirty minutes back into the city for whatever she was doing that night. Then another thirty minutes to get home again. It was tedious. There was a definite appeal to finding something smaller and closer.