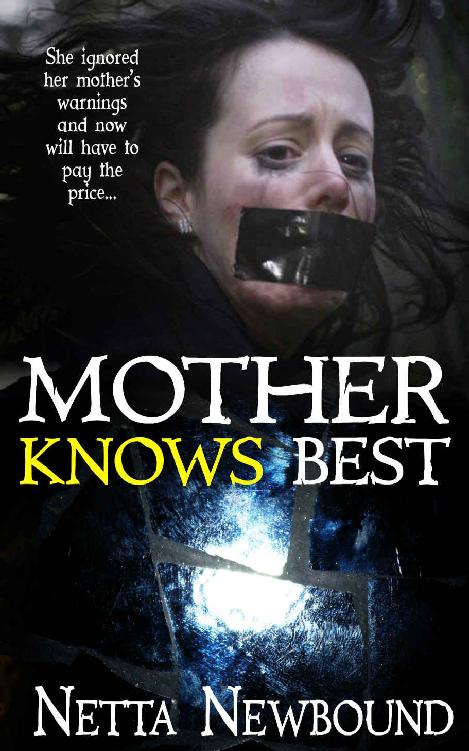 All rights reserved. No part of this publication may be reproduced, distributed or transmitted in any form or by any means, including photocopying, recording, or other electronic or mechanical methods, without the prior written permission of the publisher, except in the case of brief quotations embodied in critical reviews and certain other noncommercial uses permitted by copyright law. For permission requests, write to the publisher, addressed “Attention: Permissions Coordinator,” at the email address below.

Quantity sales. Special discounts are available on quantity purchases by corporations, associations, and others. For details, contact the “Special Sales Department” at the email address above.

To my wonderful mother, Lynda whose intuition and .perception never fail to astound me.

My mother had a great deal of trouble with me, but I think she enjoyed it..
.

The cold dank air hit her nostrils like a sledgehammer. Ruby recoiled. Froze. Held her breath. After a few minutes, she tried to turn her head. Immense pain shot through her temples, settling to a dull throb at the base of her skull. She fought to keep her eyes open—needing to remember where the hell she was. She couldn’t. She gave in to the heavy, drifting sensation.

Ruby opened her eyes not sure how much time had passed. She reached up to touch the tender spot on the back of her head. A cry escaped her as a thick stickiness came away on her fingertips. The metallic scent of blood now mingled with the earthy, wet stench surrounding her.

She shivered as blood gushed through her veins in unison with the thudding inside her head.

She could see nothing. Not a thing.

Were her eyes even open?

She knew they were when she felt them close.

The only sound was the continuous drip-drip-drip that came from all around her.

She managed to roll onto her back. Icy rock touched her on either side. She reached up and yelped as the tips of her fingers hit more hard rock not six inches above her face.

She was in a tunnel—a cold, dark tunnel.

Baxter, the scruffy eight-month-old Border terrier, spun on the spot when Ruby arrived home. It didn’t matter if she’d been gone for five minutes or five hours, the welcome was always the same.

“Hello, my favourite four legged friend. I missed you too.” Ruby dropped to her haunches to pet him.

Baxter launched himself into her arms, sending Ruby crashing backwards onto the kitchen tiles.

“You dozy sausage.” She tried to bat the dog away.

Taking advantage of his owner’s accessible position on the floor, Baxter pounced and licked her face.

Ruby squealed as dog tongue slipped between her lips and lapped at her mouth and teeth. She gagged in between hysterical laughter.

Ruby got to her feet and poured some kibble into Baxter’s dish. While he was occupied, she ran upstairs to fill the bath. After rummaging through her wardrobe, in search of an outfit for her date, she settled on a floral cotton dress. She held the dress in front of her and checked in the mirror. It was perfect for the balmy summer evening. She smiled at her reflection. The cornflower blue petals set off her eyes.

After getting undressed, she grabbed her phone from the bedside cabinet and headed to the bathroom. Once submerged in the deep bubbly water—one arm held aloft—she pressed redial.

Her sister, Scarlett, picked up on the second ring. “Hi Rubes, I wondered if you would call before your big date—are you all set?”

“No, but he’s not picking me up until eight. I’m nervous though. This is my first date since David, what if I can’t think of anything to say?”

Scarlett’s throaty giggle sounded at the other end of the phone.

“You! Lost for words—there’s more danger of you chewing his ears off.”

“Besides, I thought you had loads in common with what’s-his-name?”

“Cody. Well, he’s into walking, like me. He has one pain in the neck younger sister, also like me.”

Ruby laughed. “Other than that, he could be a mass murderer for all I know.”

“Don’t let Mum hear you say that, whatever you do. She wouldn’t let me out the door last night without interrogating Mathew first. She’s still going on about the Felicity girl who vanished months ago. I wouldn’t be surprised if she’s gone off to Spain or somewhere. I bet she’s shacked up with her boyfriend, having a wonderful time. No school—no nagging.”

“I don’t think so, sis. Don’t you watch the news?” In her mind’s eye, Ruby saw the image of a delicate, blond haired, sixteen-year-old girl who had been all over the TV and newspapers for the past three months. In the photograph, Felicity wore the same multi-coloured woollen jersey she had gone missing in.

“Of course I do. Mum makes me—she’s obsessed.”

“Say’s you. You’re off out tonight with a stranger—I don’t see you getting the third degree.”

“Not really. Like you said, he could be a mass murderer. I might just tell Mum for the hell of it—get the heat off me for a change.”

“Don’t you dare, Scarlett, I was kidding. He’s a normal fella I met at the gym—I’ve seen him loads of times.”

“Text me once you’re home so I know you’re safe, then.”

She considered not answering, but knew her mother would continue ringing all night until she got to speak to her eldest daughter. No—the easiest thing would be to get it over and done with.

“Hang on a sec, Mum,” Ruby said as she stepped from the bath. She placed the phone on the sink, reached for a towel and dried herself, wrapping her hair in a towel. She picked up the phone once more. “I’m back.”

“Scarlett tells me you’re going out on a date.” In an irate voice, her mother confirmed her treacherous sister was the reason for the call.

Ruby rolled her eyes and gave a loud sigh.

“He’s self-employed—something to do with computers.”

“Where does he live?”

“I’m not sure. Around here somewhere. It didn’t cross my mind to ask for his address to give to my mother.” Ruby laughed.

“How about a name? Anything will do.”

“I told Scarlett his name and I said I’d text her once I get home. I’m twenty-two years old—I’m not a baby anymore.”

“I never said you were—anyway, what difference does your age make? I’ll still worry about you when you’re sixty. My mother still worries about me.”

“I know she does, Mum. Listen, I’ve got to go. I’ll be fine—I promise. I’ll see you tomorrow, it’s market day, remember?” Her mother’s protests rang out until Ruby ended the call.

Ruby felt bad for cutting her mother off, but this had been the same since Ruby was a young girl.

Her mother was convinced that either she or Scarlett would end up dead in a ditch. The thought of this had freaked them out for a long time. After all, they’d had it drummed into their head’s that Mother knows best, so if she believed they would come to a sticky end, it must be true.

So Ruby resisted putting herself into a position where she could become a victim, never meeting new people or staying away from home. She even dated the boy next door, David, who seemed to have her mother’s approval. But eventually, her mother’s paranoia became too much even for him.

The final straw had been when her mother stopped them from going to his cousin’s wedding. He said he loved her but couldn’t live with her mother’s continual interference. And so, in the nicest possible way, he dumped her.

Heartbroken, Ruby accused her mother of breaking them up and soon after, she left home. The best thing she ever did.

Wait until she got her hands on that trouble causing sister of hers. She would throttle her.

She rushed through to the bedroom. After one last rub down with the towel, she sprayed copious amounts of deodorant under her arms before slipping into the dress.

Leaving her shoulder length brown hair to air dry, Ruby ran a mascara wand over her lashes and a dab of gloss to her red lips—the reason for her name. Her dad said her ruby red lips were the first things he noticed when she was less than a minute old and the name was chosen.

Scarlett’s name came about to fit in with the trend—no real reason behind it. It had been a standing joke within the family that if they’d gone on to have a boy they’d have named him something ridiculous like Burnt-Orange or Lime-Green—or even plain old Red.

Baxter whimpered when he realised Ruby was going out again. She still had over half an hour so she made herself a cup of coffee and sat on the sofa with the little dog.

“Hey, sweetie, it’s okay—I won’t be late.” She rubbed his side and giggled when his back leg scratched mid-air, his eyes rolling in ecstasy.  She hated leaving him alone when she’d already been gone all day. She needed a social life, otherwise her life would be nothing but work-work-work. And although she loved her job, she needed a balance, or what was the point?

Her job at the local council wasn’t anything exciting. As receptionist, she was the first target for any abuse or negativity, either by phone or in person. As happens in any government department worldwide. Nevertheless, she tried to make a difference—always going the extra mile for members of the public whenever she could.

Ruby swilled her empty coffee cup under the tap. She no longer fancied a night out, would much prefer an evening snuggled in front of the TV with Baxter. But her date was due in a few minutes so she’d best get ready sharpish.

After one last swish of the dress in front of the mirror, she slipped her feet into high-heeled, cream coloured sandals, folded a cotton cardigan over her arm and waited by the window.

When a small white car pulled up outside, Ruby’s stomach clenched. She gave Baxter a final scratch under the chin before she headed from the small terraced house and tottered across the pavement to the car.

Cody jumped out, ran around the car and opened the passenger door for her.

Ruby noticed how different he looked in his smart dress trousers and short-sleeved lemon cotton shirt. She’d only ever seen him in his gym gear before.

As she climbed into the passenger seat, Ruby’s bag vibrated and played a tune alerting her of a text message. She retrieved her mobile from her small bag and read it—Mum.

Scarlett doesn’t have the boy’s details.  Send them through to me please—it’s important. Sorry to be a pest, but Mother knows best.

Ruby rolled her eyes at her mother’s attempt at humour.