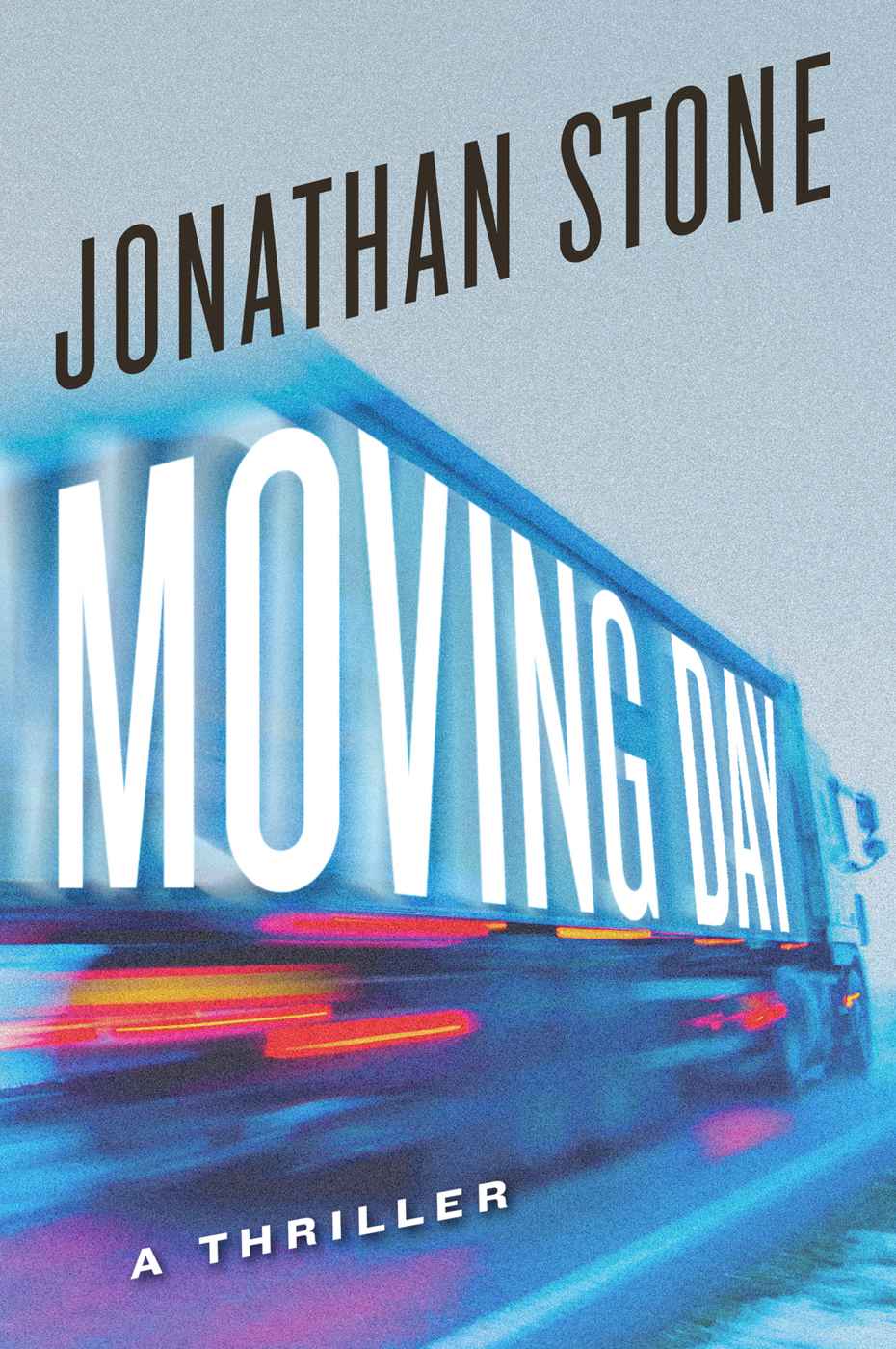 The Heat of Lies

Amazon, the Amazon logo, and Thomas & Mercer are trademarks of
Amazon.com
, Inc., or its affiliates.

Cover design by Stewart A. Williams

For Sue–with boundless thanks for who you are

T
he doorbell rings. Stanley Peke moves to the big, gracious front door slowly. He finds himself moving everywhere a step slower these days. He opens the big door, and there stand four huge men in crisp green uniforms, an immense white truck behind them.

The day has come. The day he has vaguely known would come since he and his wife moved in forty years before.

The man in front with the clipboard smiles. A short, broad man. A short, broad grin. “Good morning, Mr. Peke, sir. Nice day for it, isn’t it? Just give us your John Hancock right here, sir, and we’ll get started.”

Peke frowns a little. “Thought it was tomorrow.”

The man with the clipboard frowns now, too, looks down at the clipboard, shakes his head gently, pleasantly, and, looking back up at Peke, says cheerily, “No, sir, it’s today. The twenty-fourth.” Even checking the clipboard one more time, just to be sure.

Peke can tell, though, just beneath the crisp cheerfulness, what the man is thinking: that Peke, despite his hale, healthy appearance, must be a little forgetful. A little senile.

“Who is it?” his wife, Rose, calls out from the kitchen.

“I thought it was tomorrow,” Rose says unsurely, coming around the corner, a frown of mild consternation that probably very much mirrors his own of a few moments ago.

Because I told you it was tomorrow
, Peke thinks guiltily. But he doesn’t say it. Doesn’t want to further embarrass himself in front of the foreman. At seventy-two, he is physically robust, the envy of his friends, but he finds that he occasionally forgets things. Little things. He’s noticed that he sometimes misplaces his keys, his wallet, but he’d just as soon not worry his wife. It shows that what they’re doing—heading for the easy, breezy perfections of Santa Barbara—is the right thing. That keeping track of the details of running a big home is—at their age—starting to get a little beyond them. “Nope. It’s today,” Peke informs his wife authoritatively, and turns and winks at the man with the clipboard.

A day he’s known would come someday. A day that’s been coming for forty years.

Forty years of birthday parties in the den and on the back deck; graduation dinners and holiday feasts in the bright dining room with the facing bay windows; even a daughter’s wedding on the back lawn.

Peke watches. Long retired now, a happy, half-attentive homebody, like Voltaire’s Candide, cultivating his garden after his adventures in the world, he has nothing else to do now, really, but watch. So he watches them move every piece. Moving the pieces more carefully than they would if unobserved, he’s sure.

Almost everything is already packed, of course. The company sent a crew to do most of the packing a week before. Obviously, that’s how it’s done nowadays. First a packing crew, then a moving crew. The packing crew must go job to job, just packing. Specialists. More efficient. The world has changed mightily in the forty years they’ve been in this house. And for the last week, he and Rose have been wandering among the cartons as if through a cardboard graveyard.

The last few things, though, the big things, this crew packs. He can see they know what they’re doing. They take care of the big Empire mirror, swaddle it in protective layers, then build a protective wooden box around it. Such care is amusing, considering how haphazardly the mirror came in here. He and Rose got it at an estate sale. They were kids, really. (Or so it seems now, from this perspective.) They’d just bought the house. Nobody wanted it, a big, gaudy, old thing like that. Didn’t even have a price tag on it. The people just wanted it taken away. Rose mentioned to him recently that it’s worth a fortune today. He’s sure she’s exaggerating, but he’s continually surprised at what old things fetch. You watch that show on PBS, and it’s astonishing.

He watches them pack the big oils. When they had lived in the Village before buying the house out here, she’d purchased a few of these crude-looking canvases, saying it was good to support the local artists. He’d argued that he didn’t see any evidence that these exuberant flings and smudges of color qualified as art. Abstract Impressionism, she’d exuberantly explained. They had to put the big canvases in storage, because they were too big for the Village apartment, and he told her how foolish it seemed to buy things you put right into storage. Now they own some canvases that by all rights should be in museums. Museum people have come by over the years. The damn things are still too big even for these walls, but they do draw their share of oohs and aahs at dinner parties, and you
can’t have them in storage anymore—you’d have to have your head examined.

He watches them struggle, the four movers all together, with the Spanish armoire. He remembers the island vacation where she picked it up. He remembers arranging for a trailer to fetch it at Idlewild (before it was called Kennedy). Just a single, undistinguished terminal building at the end of a runway amid dank, swampy fields. Arranging it from overseas—the phone connection in those days was impossible. Shouting into the phone. Getting cut off a dozen times. He remembers all that.

They’re a good crew, he sees, working together, the foreman calling out the directions calmly and accurately, everybody’s eyes on doorways, on doorjambs. He can see he’ll have nothing to complain about.

The two younger movers, as they pass him, look over and smile pleasantly. He can’t tell if that’s company training, or if they’re just decent men who see an old couple moving out after a lifetime. Seems like the latter. Seems sincere. But he isn’t so naive about the world to think they might not merely be pasted-on smiles.

Cartons of dishes. Passed down from Rose’s mother, and her mother’s mother. And removed much like this, no doubt, when they’d left their homes in Cambridge and on the Cape. Into the smaller, squarish, paneled trucks of a couple of generations ago.

He watches the books. Cartons and cartons of them. The green-uniformed men in a steady bibliographic parade, hefting and transporting the cartons like heavy, cubic drums in front of them, or
balanced on shoulders, one or two cartons at a time. His favorites in there somewhere. His leather-bound Montaigne. His Dante folio.

“Must feel weird,” says the black one, smiling, pleasant, stopping for a moment, as if reading Peke’s thoughts. Thoughts easy to read, after all, in an emptying house. A house soon to have in it nothing but thoughts.

“I’d rather watch the furniture carried out than have the furniture watch me carried out,” Peke quips. He means it only to amuse, to somewhat forgive his idle standing around. But he sees the momentary alarm cross the face of the black mover. He shrugs. “It’s a day that comes for all of us.” Sounding like too much grim wisdom, unfortunately. Particularly with his mild foreign accent.