Read Murder Past Due Online 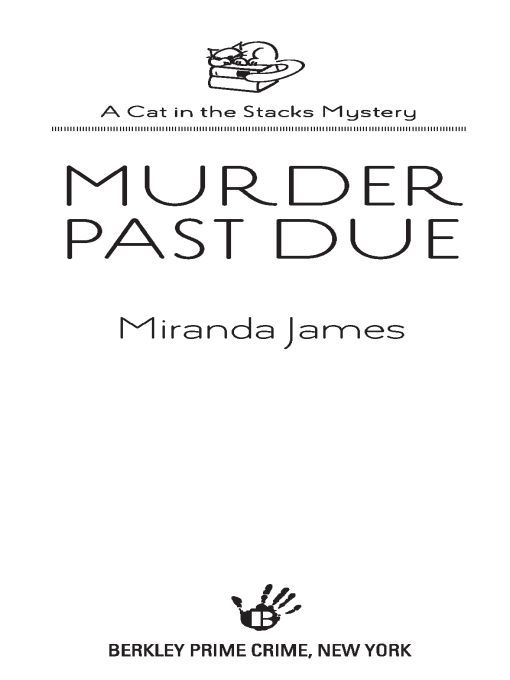 Table of Contents
Title Page
Copyright Page
Acknowledgements
ONE
TWO
THREE
FOUR
FIVE
SIX
SEVEN
EIGHT
NINE
TEN
ELEVEN
TWELVE
THIRTEEN
FOURTEEN
FIFTEEN
SIXTEEN
SEVENTEEN
EIGHTEEN
NINETEEN
TWENTY
TWENTY-ONE
TWENTY-TWO
TWENTY-THREE
TWENTY-FOUR
TWENTY-FIVE
TWENTY-SIX
TWENTY-SEVEN
TWENTY-EIGHT
TWENTY-NINE
THIRTY
THIRTY-ONE
THIRTY-TWO
THIRTY-THREE
FELINE INTUITION
While I scanned the tiny handwriting of the registrar of the 1840s, I heard snatches of conversation. I paid them scant attention, focusing on my task. But when I heard the words
murder
and
Priest
, I started listening.
I found the incident oddly unsettling, though I couldn’t say why. I supposed the conversation was about Godfrey Priest, since he was
the
hot topic in Athena at the moment. And hearing the word
murder
in conjunction with his name wasn’t that odd. The man did write murder mysteries. Then I heard the sound of a throat clearing on the other side of my desk. My eyes widened in surprise as I recognized the man. It was Godfrey Priest. What the heck was he doing here?
“Good morning, Godfrey,” I said, extending a hand in greeting. Diesel padded right behind me. “It’s been a long time.”
“What is that? A cat?” Godfrey asked, watching as Diesel made a slow circle around him. Evidently unimpressed, Diesel walked back to the window and jumped up to his bed. Yawning, he turned his back on both of us and settled down for a nap.
“He’s a Maine coon,” I said. “They’re larger than most cats.”
“That’s the first time I’ve ever been snubbed by a cat.” Godfrey laughed, but his expression revealed annoyance. “They always love me because they can tell I’m a cat person.”
I tried not to laugh. “Diesel doesn’t take to everybody.” 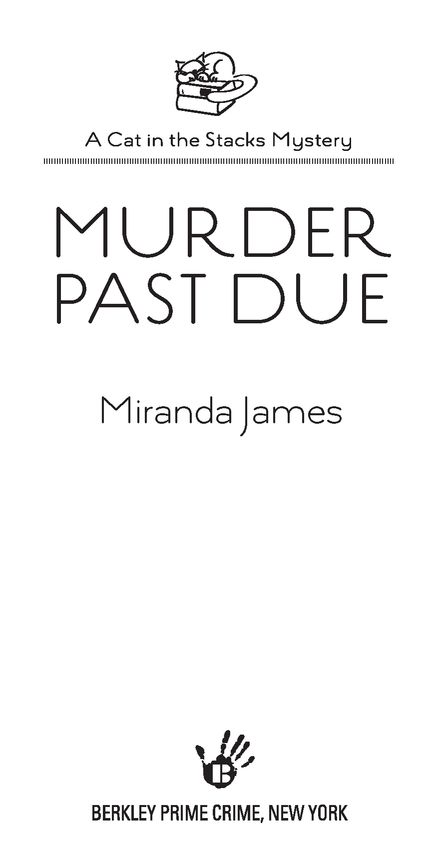