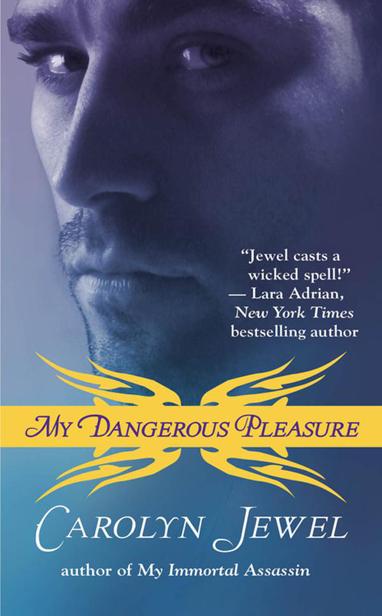 I’d like to thank the people who help make things happen: my agent, Kristin Nelson, I couldn’t be in better hands; my editor, Michele Bidelspach, you have my back on this—thanks so much for making a better book; and the Grand Central art department for the wonderful covers. I have to thank my mother for taking me to ballet lessons for so many years; my ballet teacher, Mary Paula; and the late Harold Christensen of the San Francisco Ballet because I listened to every single story you told whenever Mrs. Paula talked you into coming to teach us. Ballet taught me that talent is never enough. You also have to work hard. It’s a good life lesson. I’d also like to thank the people who provided valuable information. Any mistakes in the text are mine, not theirs. To Jared James for information about weapons and to Lisa Shearin and Katie Ford for their help with Southernisms. I must also acknowledge the Twitter community at large. If you need a quick answer, opinion, or just a really great joke, Twitter is the place to get it. Lastly, my thanks to my son for bringing such joy to my life.

A
tingle shot through Paisley Nichols when she glanced up from the cash register and saw a tall man get into line. She recognized him because he was one of her regular customers, but also because he was strikingly handsome. Their gazes met, nothing out of the ordinary, just an accidental contact that was easy to pretend hadn’t happened. She flashed a smile at him even though the morning rush was full-on and there wasn’t time for flirting, not even if she had the nerve.

Weekday mornings were a madhouse, and anytime she was needed out front, well, she liked to think of the madness as a delightful way to make the rent on her hole-in-the-wall space. The tables were packed, and the line of hungry patrons stopping by on their way to work reached almost to the door. She worked the counter every morning to keep that line moving. Knowing the regulars helped a lot with that. By the time the regulars got to the counter, all they had to do was hand over their money, exchange a smile or a quick “good morning” and head off with their coffee and pastries. She prepped the hot guy’s croissant and café au lait with three turbinado sugars while he tapped away at a cell phone.

She wondered if her interest in him meant she was ready to date again after her disaster of a relationship with Urban. The disaster part wasn’t all Urban’s fault; she was mature enough to acknowledge that. He’d met her mother—her tarot-card-reading, astrology-believing, psychic lunatic of a mother—and that only sped up the race to relationship death. She’d taken herself out of circulation for a long time after the crash. If she was ready to date again, this lovely, sexy man might be just the place to start.

He was handsome in a moneyed, elegant way that was subverted by long white-blond hair done up in dozens of braids with tiny red beads polished to a shine. The beads clicked when he moved his head. Very sexy. Today’s suit was tailored, like all the others she’d seen him in. This one was a midnight-blue wool that turned his eyes an even more startling blue. His shirt was pristine white cotton with sharp collar points, his tie burnt-orange silk. An exquisite dresser. And then those beaded braids that worked with such ridiculous sex appeal. He didn’t wear a wedding ring; that was something she’d noticed.

The line moved quickly because she had a lot of regulars now. The Financial District had discovered her, thank goodness. Paisley Bakery and Café was now a popular morning stop for people on their way to work. She got a lot of lunchtime traffic, too, plus a respectable number of orders for employee birthday cakes and lunch-meeting treats. Her catering business was picking up as well. Over the last three months, she’d had money left over after rent, payroll, insurance, and her loan. Profit.

The first dollar she’d made when the doors opened was framed on the wall behind the cash register. Whenever she looked at it, she just had to grin. This was her dream, and she was not only living it but was succeeding at it, too.

Today marked the fifth week of the man with blond braids coming into the café. He was three people from the front now, and she gave him a surreptitious once-over. He was watching her. Busted. She gave him a quick smile.

Paisley smoothed her white chef’s jacket and wished it was a little cleaner. A smear of chocolate ganache arced across one shoulder of the jacket. Occupational hazards of the bakery business included chocolate on your clothes and going home smelling like butter and vanilla.

“Good morning!” she said when he made it to the front of the line. She smiled, not too hard, and made eye contact.

“Good morning.” He had a faint accent she couldn’t quite place, but boy was his voice dreamy. She handed over his items, took his money, made change, and that was it. He hesitated, then said, “Thank you,” in that faint and yummy accent before leaving with his coffee and croissant.

Then she was on to the next customer with no time to think about her disappointment until after nine-thirty, and then it was time to start another bake and do the prep for the lunch crowd.

She was out front for lunchtime, and toward the end of the rush, he came back. Her heart leaped even while she told herself this meant nothing. She waved off the clerk and stepped up to the counter herself. He studied the various pastries and baked goods behind the glass display counter. Brownies, cupcakes, cookies, and pastries left over from the morning bake, as well as samples of the various cakes she sold, either whole or by the slice.

The beads in his hair didn’t look like plastic. A few of them were faceted in a bezeled setting the color of rose-gold, but most of them were milky smooth. “Can I help you?”

He looked up and when their gazes met, she got a major rush of
whoa
. Her mother, if she had been here instead of in Georgia and if Paisley been crazy enough to tell her about the reaction, would have said it was fate. And then intone that fate came in three flavors: bad, worse, and disastrous. Her mother was a real ray of sunshine. Paisley had spent years trying to get out from under the habit of seeing doom everywhere.

There was no doom involved in a hottie who wanted to buy a cake from her. However, there was profit. And the possibility of a date, because if he showed the least sign of interest, she was going to ask him out to coffee.

“You’re in the right place.” She answered his questions about her ready-made cakes, how many they served and whether they could be personalized. But of course they could be personalized, she told him. He made his selection—a chocolate butter cake with a chocolate frosting decorated with white pastilles and white fondant daisies—and she took the cake in the back to pipe out the phrase
Congratulations on Your Success
on top of it.

At least he wasn’t having her write
To my lovely wife
on the thing.

She brought it out, showed it to him, and he smiled his approval. What a smile, too. Serious with an edge of heat. That smile made her think her lack of a sex life needed to be remedied ASAP. As she boxed up the cake, she worked up her courage and said, “I’m Paisley Nichols. The owner and principal baker of this establishment.”

His eyes jittered, which startled her enough that there was a brief and awkward silence. He closed his eyes for a moment, but she could see his eyeballs twitching underneath his eyelids. When he opened them again, everything was back to normal. “Yes,” he said. “I know you are the Paisley of Paisley Bakery and Café.”

Awakening Beauty by Bonnie Dee and Marie Treanor
The Adventures of Nicholas by Helen Siiteri
Death of a Huntsman by H.E. Bates
Mnemonic by Theresa Kishkan
Stone Kiss by Faye Kellerman
Resisting the Moon: A Royal Shifters Novel by L.P. Dover
Courted by Sylvia Ketrie
Supervillainess (Part One) by Lizzy Ford
The Tree of Life (Lost Civilizations: 3) by Vaughn Heppner
The Bride by Christine Dorsey