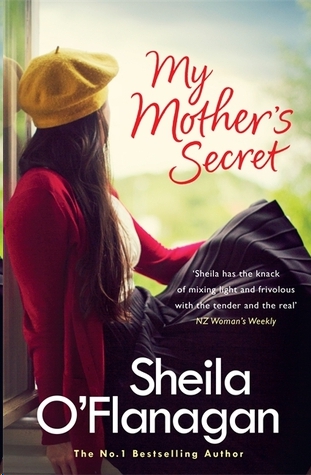 The right of Sheila O’Flanagan to be identified as the Author of the Work has been asserted by her in accordance with the Copyright, Designs and Patents Act 1988.

First published as an Ebook by Headline Publishing Group in 2015

When Steffie helps her two siblings organize a surprise wedding anniversary party for their parents her only worry is whether they’ll be pleased. What she doesn’t know is this is the day that her whole world will be turned upside down.

Jenny wants to be able to celebrate her ruby anniversary with the man she loves, but for forty years she has kept a secret. A secret that she can’t bear to hide any longer. But is it ever the right time to hurt the people closest to you?

As the entire family gather to toast the happy couple, they’re expecting a day to remember. The trouble is, it’s not going to be for the reasons they imagined … 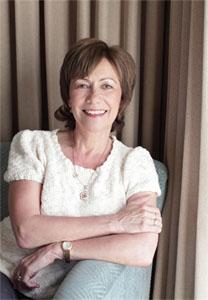 Sheila O’Flanagan is the author of many bestselling novels, including
If You Were Me, Things We Never Say, Better Together, All For You, Stand By Me
and
The Perfect Man
.

Sheila has always loved telling stories, and after working in banking and finance for a number of years, she decided it was time to fulfil a dream and give writing her own book a go. So she sat down, stuck ‘Chapter One’ at the top of a page, and got started. Sheila is now the author of more than nineteen bestselling titles. She lives in Dublin with her husband.

He’s Got To Go

Too Good To Be True

Dreaming Of A Stranger

How Will I Know?

A Season To Remember

If You Were Me

‘Romantic and charming, this is a real must-read’
Closer

To my husband and my family, always
looking after my back

As always, many thanks to:

Carole Blake, who looks after business

Marion Donaldson, who looks after the creative stuff

Jane Selley, who looks for the mistakes

Team Hachette/Headline, who get the finished book to the shops

The booksellers and librarians, who get it to the readers

My translators, who do such a great job at making the story come alive in other languages

And, most especially, all of you, who read my books in so many different countries, and who are fantastic about letting me know your favourite characters, locations and books. You make it all worthwhile! I love hearing from you, and you can keep in touch with me through my website, Twitter, Facebook and Pinterest. I do hope you enjoy
My Mother’s Secret
.

A tiny bead of perspiration rolled along Steffie’s eyebrow, gathering momentum as it slid down her cheek before landing with a plop on the enormous cardboard box she was carrying. She used the top of her shoulder to wipe her face as she walked gingerly towards her ancient blue Citroën C3, and sighed with relief as she finally placed the box on the passenger seat. As far as she was concerned, the thirty-second journey from the bakery to her car couldn’t have been more nerve-racking if she’d been carrying a box of gelignite. And the consequences of dropping it would have been equally explosive.

She pushed a damp wisp of cinnamon-gold hair from her forehead, and shuddered as she imagined Roisin’s reaction to the loss of their parents’ anniversary cake. A missing cake would have been a major disruption to the Master Plan, and Roisin didn’t allow her plans to be disrupted by anyone or anything. Secure in the knowledge that for once she hadn’t fallen short of her older sister’s high expectations, Steffie eased into the driver’s seat and rolled down the car windows. Then she turned the fan up as high as possible in an effort to combat the unexpected end-of-summer heatwave. During the last fortnight the media had happily replaced gloomy reports on the wettest August on record with daily guides to staying cool, as forecasters pointed out that Dublin, Ireland was currently as warm as Dublin, Ohio, and hotter than Madrid, Paris or Rome. Which would be wonderful, Steffie thought, as a weak stream of tepid air finally began to flow from the vents in front of her, if Irish houses had air conditioning and outdoor swimming pools instead of central heating and double-glazing.

A swimming pool in the garden of Aranbeg, her parents’ home in Wexford, would have been something to look forward to this afternoon. But even if they could have afforded it, Pascal and Jenny weren’t the sort of people who’d install something that would be used approximately one summer in five. Steffie, and the rest of the day’s guests, would simply have to cool off with lots of chilled drinks at the fortieth wedding anniversary party instead.

She exhaled slowly as she thought of the surprise they were about to spring on their parents, who were in blissful ignorance of the fact that they’d be arriving home to a party later. She still wasn’t entirely convinced that surprising them was a good idea, but Roisin had been adamant and Steffie knew from long experience that when her sister’s mind was made up, changing it was pretty much a lost cause. All the same, she muttered darkly to herself, the next time she rings me with one of her covert plans in which she gives all the instructions and I’m left with the donkey work, I’ll do what I keep promising myself and say that I’m too busy to get involved. I’ll remind her that I keep proper working hours even if my office is Davey’s old bedroom. I’ll take a stand and be strong, firm and businesslike and I won’t allow her to railroad me into anything because she’s twelve years older than me and she thinks that entitles her to boss me around.

She luxuriated for a few minutes in the fantasy of telling Roisin to sod off and then allowed herself a wry smile. It was never going to happen because Steffie knew that in the face of the force of nature that was Roisin in full organisational mode, there was nothing she could say to stop her. Besides, it isn’t only me she bosses around, she acknowledged. She’s the same with everyone and we all accept it because Roisin is a born leader, methodical and organised, and the rest of us, maybe with the exception of Dad, are too lazy to bother. Which makes it all the more surprising, she muttered to herself as the Citroën surprised her by getting up enough speed to pass a plodding Fiesta, that I’m the one with my own business and Roisin is a full-time mother. Even as the thought crossed her mind, she conceded that the reality of their situations was quite different from appearances. Roisin had been a high-flyer in the insurance company where she worked, only deciding that she needed to devote more time to her family after the birth of Dougie, her third child. And describing herself, as she did, as a full-time mother was disingenuous. Roisin still did occasional contract work for various insurers, while being an active member of the parents’ council at the local school, and currently running a summer sports camp for under-tens. Every second of her day was managed and accounted for and she frequently remarked that she was busier now than she’d ever been. Steffie, on the other hand, had set up Butterfly Creative in her brother’s old bedroom because she hadn’t been able to find a job as a graphic artist anywhere else, and justified the time she frittered away on social media sites as important networking opportunities to get her brand noticed.

She liked to think that working for herself suited her free-spirited nature, but she was uncomfortably aware that her current status as the owner of a company where she was the sole employee had more to do with her lack of corporate solidarity than her entrepreneurial skills. Her previous job, with a design studio on the far side of the city, had come to an abrupt end after she’d refused to work on a campaign where they wanted to use images of semi-naked women to promote a line of jewellery.