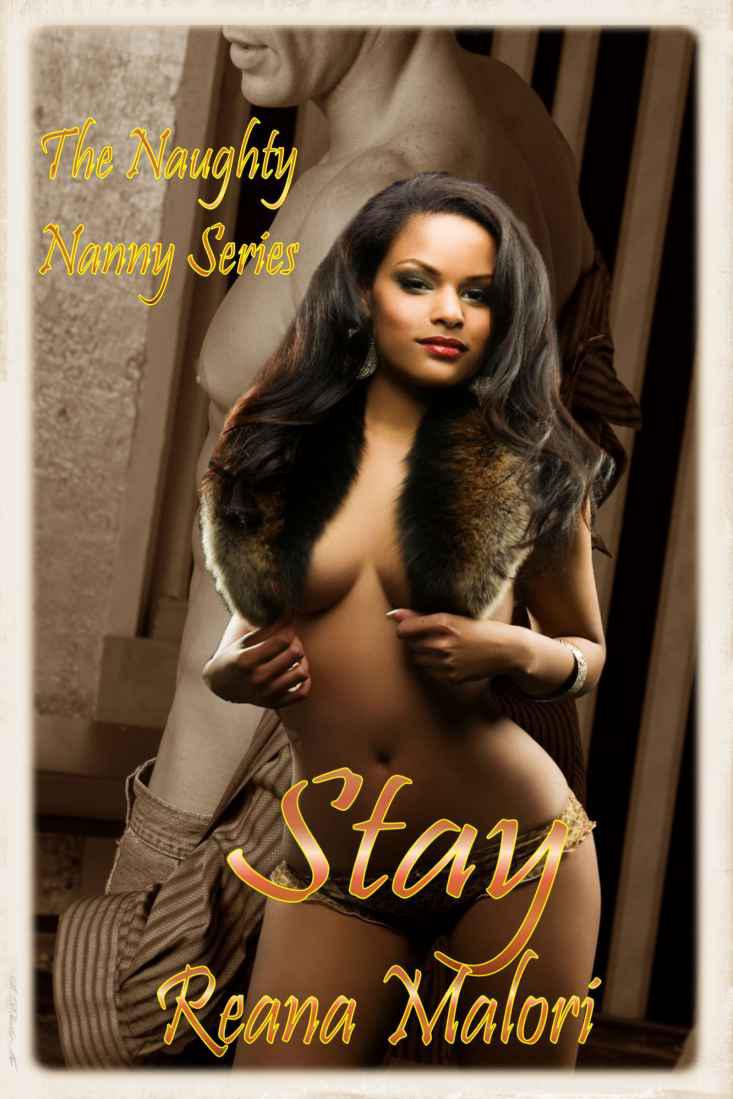 This is a work of fiction. Names, places, characters and incidents are either the product of the author’s imagination or are used fictitiously, and any resemblance to any actual persons, living or dead, organizations, events or locales is entirely coincidental.

Packing her suitcase, Cherie tried to stop the tears from flowing. She had to leave, but she didn’t know how she would say goodbye to her babies. Although she didn’t birth them, in her heart, those two sweet darlings asleep in the other room belonged to her. And now she was leaving them. Could she really do this?

Sitting heavily on the bed in the midst of her scattered clothes, Cherie thought back to the first day she had met Sean and Christina Harper. And their father. It was a day she would never forget.

Cherie had been new to Northern Virginia and really didn’t know anyone. A new graduate from the University of Virginia, she’d wanted to put her Business Management degree to good use. She hadn’t had a clue how to go about getting a cushy office job, and she’d really needed someone to give her a chance. The only problem had been she couldn’t find anyone willing to hire a fresh face with lots of enthusiasm but no real work experience.

With her money running low and her options looking even bleaker, she’d visited one of those temp agencies she’d heard about. Telling the recruiter she would accept any position they’d had available, the desperation in her voice had been clear to anyone willing to listen. Cherie had known she was capable of almost anything and could perform any job that came her way. The only holdback for her had been no one else did. So, when the agency had told her there was an opening as a nanny for two motherless children, she’d jumped at the chance.

She’d always loved children and wanted at least two or three of her own one day. Since she wasn’t quite ready for her own kids just yet, the next best thing was to help take care of someone else’s. She could spend her time giving them all the love and attention she could.

Walking up to the Harper house, no strike that—mansion, that very first day, she could now admit she’d been nervous as hell. Educated though she might have been, there had been no way the owner of this house would trust her with the care of his two young children. Resigning herself to the fact she wouldn’t get this job, she’d felt her best chance at salvaging the opportunity would be to go in there with confidence and friendliness. If nothing else, she would walk away with her ego and pride intact. She wouldn’t be turned away because she wasn’t nice or engaging enough. Experience was one thing, but she could accept that.

Knocking on the massive wooden door, she’d heard yells and screams and feet pounding on the floor. Damn, how many kids did this guy have? There was no way there were only two small kids, aged two and a half years old, in this house. It had sounded like a freaking army platoon running toward the door!

Bracing herself and getting ready to flee if a stampede came her way, she’d been shocked and pleasantly surprised when the door had opened. A Greek God had greeted her, or at least a descendent of one. She’d been shocked because the door had swung open so fast, she simply wasn’t expecting it. But her surprise—her wonderful surprise—stemmed from the Gorgeous man who’d opened the door, and she did mean Gorgeous with a capital G. She’d lost all ability to speak and her mouth had gone as dry as cotton when he’d turned his piercing blue eyes on her.

“Yes? May I help you?” She could see the look of desperation in his eyes and heard the stress in his voice.
“I’m Cherie Gilbert. The agency sent me to interview for the nanny position.” Looking past him to the wreck of the house, she’d given him another look and tried not to smile. “Is this a bad time?”
“No, no, come on in. I was expecting you, but things got a little hectic around here.” Opening the door wider and motioning for her to come in, he’d run his hand through his dark-chestnut hair. Trying not to look at him, but knowing she couldn’t resist, Cherie had allowed herself an excuse to get an eyeful by pretending to look around the foyer. Seeing he’d stretched out his hand in a gesture of greeting, she’d given him her most dazzling smile and reached out her own hand to grasp his. When he’d spoken again, his smooth voice had pulled her in even more, “I’m Rick Harper. Nice to meet you, Ms. Gilbert. Please come in and have a seat.”
“Thank you. Very nice to meet you as well. So, I understand that you have two children. Twins?”
“Yes, Sean and Christina are both 2½ years old.” Running his hand through his mussed hair again, he’d continued, “Once they became mobile, I couldn’t keep up with them, no matter what I tried. The last nanny left about one month ago to relocate with her husband to the UK.” Looking away from her, she could see the haggard look in his eyes and it had almost broken her heart. “She did wonders for us after Susan died. We were so lost and I didn’t know what to do with two small babies. She was a godsend.”
Motioning for her to sit down on the nearest couch, he’d left the room with a brief, “I’ll be right back.” Looking around, she noticed there were still traces of a woman’s touch. It hadn’t seemed as if much had changed since his wife had died, or maybe there had been another female presence around the home. She’d been curious about the circumstances surrounding this family, but she wouldn’t put her foot in her mouth to ask. Noticing some photographs on the mantle, Cherie couldn’t resist her curiosity and had gone to take a look.
Several photos were lined up side by side showing different stages of life for the home’s family. A beautiful woman with honey-blonde hair was dressed in a stunning wedding gown in one picture. In another was a beautiful couple, a woman that she’d assumed to be Susan Harper alongside Rick Harper, smiling at each other as if no one else existed in the world.
Several other pictures were of a pregnant but glowing Susan. Others reflected Rick Harper in various poses and positions, always with a smile on his handsome face. There were no pictures of Susan and the two children, but there were plenty of Rick and the children. And there were other pictures of other family members experiencing various stages of fun with Rick and the two kids. The one thing she’d noticed was their father no longer had the same aura of happiness he’d displayed in the earlier photographs.
Cherie had realized his wife must have died during childbirth or shortly thereafter and couldn’t help but hurt for him. No husband expected his wife not to be around to help raise their children. Heart hurting for the pain he’d endured, she’d started to slowly turn around when she’d heard that darn stampede coming her way again. These two kids were definitely mobile and it had sounded as if they were on the run from the law.
Ah, yep, on the run from the law, all right. Daddy Law. What had greeted her had made her heart stop beating and swell with love. Right then and there, she’d known she would do everything in her power to stay here and raise these two beautiful children.
They’d skidded to a stop at the door to the room she’d been standing in and had just stared up at her. Sean and Christina Harper had the bluest eyes she had ever seen, reminding her so much of their father’s eyes. Their honey-blonde hair was similar in color to their mothers and their chipmunk cheeks had been begging to be pinched and kissed. She’d fallen in love with both of them almost instantly.
Squatting down to be on their level, she’d reached out her hand. “Hey, sweetie. My name is Cherie, can you say Cherie?” Watching Sean and Christina eye her with cautionary glances, she’d waited patiently for them to decide if they would like her or not. She wouldn’t rush them. She’d known waiting would be a necessary part of gaining the children’s trust and she really wanted to gain theirs.
Just that quickly, Cherie had made a decision. They would need her; and if she’d been honest with herself, she’d need them just as badly. Finally, Sean had taken a tentative step towards her on short, chubby, but very sturdy-looking legs. On the way, he’d picked up one of the many toys on the floor, a stuffed bear with a missing eye and one arm hanging limply to the side. It had definitely been a wellloved teddy. He’d handed her the toy and waited until she’d grabbed it. “Nice bear. What’s his name?”
As she was speaking to Sean, he’d turned around to grab his sister. Tugging her hand, he’d helped her walk back over to Cherie and stood in front of her squatting form. “Stay wif us. Pway wif us.” Reaching for her hand, Sean had pulled her behind him and Christina and led her to the pile of toys at the side of the room.

With a start, Cherie had realized she had inexplicably forgotten about Mr. Harper. The man truly was unforgettable with a body to die for and sexy bedroom eyes. It had proved that his children were simply irresistible to her and that she belonged here with them.