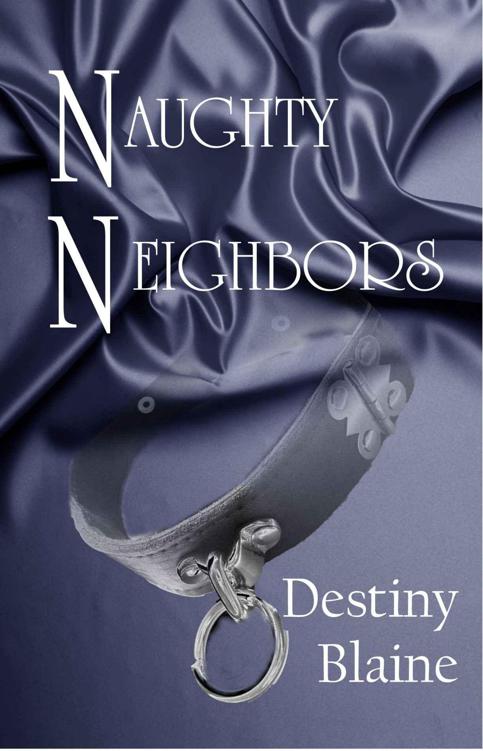 This is a work of fiction. The characters, incidents and dialogues in this book are of the author’s imagination and are not to be construed as real. Any resemblance to actual events or persons, living or dead, is completely coincidental.

A Division of Champagne Books

Previously released as First and Ten: Let The Games Begin

This ebook is licensed for your personal enjoyment only. This ebook may not be re-sold or given away to other people. If you would like to share this book with another person, please purchase an additional copy for each recipient. If you’re reading this book and did not purchase it, or it was not purchased for your use only, then please return to Carnalpassions.com (or the retailer of your choice) and purchase your own copy. Thank you for respecting the hard work of this author.

For Romancing the Jock contributors. You’re an inspiration!

“Yes! Yes! Yes! Did you see that pass?” Kara shook her hips and enjoyed a quick victory dance before securing the phone between her shoulder and ear. Grabbing her sneakers, she fiddled with her shoestrings and took a seat on the nearby ottoman. “I can’t believe this game! First and ten with fifteen seconds left on the clock. They’re cutting it close.”

“Our boy looks good though, huh?” Carly had too much spunk in her voice and the underlying implications grated on Kara’s nerves. “If they win tonight, you know what that means.”

“
It means
if the Longhorns stay healthy, they’ll be headed to the playoffs.”

Without a doubt, the last thing on Carly’s mind was football. The only reason Carly watched the game was so she could determine what time to expect Kemper.

Kara quickly dismissed visions of her best friend and boyfriend playing naked twister on a king-size bed. She couldn’t go there. Carly had already divulged where they were staying—Beverly Hills. In a matter of minutes, she would mention the champagne on ice and the new lingerie she’d recently purchased.

“You’re so transparent, Kara. Let me guess what you’re doing right about now. You’re slipping on your running shoes, planning to tear up that trail behind your condo as soon as the game is over. You’re hoping to run off that pent-up sexual frustration you’re experiencing, but it won’t work.” Carly laughed. “Believe me, girlfriend. I have been there.”

“I doubt it,” Kara grumbled, irritated that her best friend called her out on her oh-so-obvious envy.

“You doubt it?” Carly’s voice raised an octave. “Do you really think it doesn’t bother me when Kemper is in
your
bed instead of
mine
?”

As of late, Kemper had spent a dozen weekends in Carly’s company. He’d given Kara one afternoon of pleasure. No, Carly didn’t begin to know the horrors of intimate dissatisfaction.

Kara glared at the television screen, holding her breath as the Longhorns scrambled, trying to beat the clock and make a big play before they ran out of time. Seconds later, Kemper seized an opportunity. Thanks to a tough offensive line, the field opened up and Kemper sprinted into the end zone. Taking home the win for Houston, the Longhorns left devastated opponents in their wake.

“Oh yeah!” Carly sounded like a happy hooker working a guarded street corner on the affluent side of town. “Somebody will be right tonight!”

Kara ignored Carly and watched scores of sports fans stampede the field. “Oh yeah! It’s smooth sailing from here forward. The Longhorns should be headed to the playoffs when the regular season is over!” A sense of pride washed over Kara and she admired her man—the man she shared with her best friend Carly—as he was hoisted high in the air by fellow teammates.

“God he looks good,” Carly purred. She was probably biting back the urge to tell Kara how she planned to help Kemper celebrate the win.

“Yes he does,” Kara agreed, wishing she were in LA. She would love to spend the night listening to Kemper recap the game. They’d talk about the sacks and penalties. She’d hang on his every word and he’d brush off the fact that he was now hailed the quarterback with the most aggressive passing game. As usual, he’d credit his offensive line and tell her it was pure luck running his second touchdown of the season.

Kara sometimes wondered what Kemper and Carly talked about. They had very little in common. The only thing Carly knew about football was that she dated a quarterback and he was often too hot to handle after a win. Thinking aloud, Kara asked, “Do you and Kemper ever discuss the game?”

The demeaning tone in Carly’s voice took Kara aback. Regrouping, she said, “You’re right. He has me for that.” Somehow being the go-to girl for great conversation didn’t exactly keep her warm at night.

Outside Kara’s window, her next door neighbor parked his Mercedes convertible. Debonair and sleek, both man and car represented exotic unadulterated pleasures. Each could handle dangerous curves and the roads less traveled. Zak Stone was the epitome of sex working its swagger as he left his car and twirled his keys.

Kara watched him approach the building and her entire body went rigid. Her womb clenched. A tickling sensation on the back of her neck made her all too aware of the way her body responded to the sight of him.

She felt a twinge of guilt and silently cursed her unmanageable lust. Then again, Kemper hadn’t been around, and
he
certainly hadn’t gone without sex.

“Damn,” Kara muttered, moving closer to the window when Zak dropped his keys and leaned over to retrieve them. “Guy has the finest ass I’ve ever seen.”

“Who are you talking about? Kemper? He’s already off the field here.”

“We’re watching the same channel, Carly,” Kara reminded her, annoyed. “And what do you know? Kemper has left the field here, too.”

“You’re such a sarcastic ass sometimes.” Carly released a heavy breath. “You’re spying on your neighbor again. Aren’t you?”

Carly laughed. “As long as you look but don’t touch, no harm done. Just remember if the walking dead decides to find new life in her neighbor’s bed, I don’t want to hear about it.”

“Okay, sweetie pie, I have to get ready.” Carly was as flippant as ever. “I want you to pamper and spoil yourself this weekend. Go spend some of our boy’s money. Hang out with the gang and try to get some rest. Kemper says you’ve been working far too much in recent weeks. You deserve a break.”

Kemper had been discussing her with Carly? She swallowed the lump in her throat. Was that a good sign or a bad one? She shuddered. When she and Kemper were together, he rarely mentioned Carly. They had come to an agreement when the three of them first began their arrangement. Friendship and love remained separate. It was the only way a true triangle could work for all parties involved.

“You still there?” Carly asked, dragging her away from her thoughts.

“Are you okay?” There wasn’t any play or insincerity in Carly’s voice.

Thank God.
Kara would’ve given her a real piece of her mind. Even though they’d been BFFs since way back when, she didn’t appreciate Carly’s tactics when she tried to rub salt in an open wound. It was bad enough Carly’s upcoming days and nights would be filled with
him.

“Since you asked, no,” Kara replied, not at all willing to meet the real issue at hand. “Have you noticed we’ve been ousted by our gal pals?”

“Ousted how? When? And who are you talking about?”

“Sabrina, Monica, Erica, and Angie…they refuse to go out with me anymore.”

“Refuse is a pretty strong word,” Carly pointed out. “Besides, last time I talked to Monica she said you’d become a real bore. Sorry sweetie but there isn’t anything sexy about a workaholic.”

The truth finally weaseled its way around Carly’s little white lie. Kemper hadn’t discussed her work habits. Monica had been the culprit.

“My back has been up against a wall of deadlines.”

“Then scratch the weekend out with the girls. Get to work, woman. You have another bestseller to write. Go for your run, order in, pour a few glasses of red wine, and keep those fingers busy. Who knows, you may even be able to crank out a novel in a few days. What’d you say?”

About that time Kara’s phone beeped. She felt her lips turn up in a smile. Kemper always called her right after his games, a habit he formed long before he started sleeping with her best friend.

“I’ve gotta take this. It’s Kemper.” Kara licked her index finger and chalked one up for the home team. Little Miss Sassy Pants could chew on that one.

Kara went ahead and swallowed the bitter pill she’d tried to force down Carly’s throat. How they had remained friends through thick and thin, Kara would never know. “I’ll do just that.” She disconnected the call and switched lines. “Hey you.”

Awakening His Duchess by Katy Madison
Dark Devotion: Dark Series 3 by Lauren Dawes
The Raft by Christopher Blankley
The Debt 2 by Kelly Favor
Oversight by Thomas Claburn
How to Live Forever by Colin Thompson
145th Street by Walter Dean Myers
Love After Marriage (Forever After #2) by Mia Kayla
Bianca D'Arc by King of Clubs
The Bucket List by Gynger Fyer