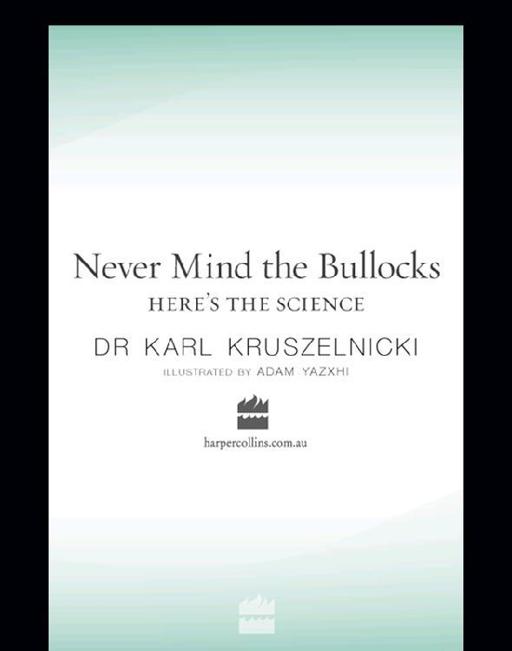 Velcro and NASA (A Ripping Yarn)

Water-Powered Car (This Car is Hydromatic)

Sports Drinks (Electrolyte Up My Life)

Flat Earth (The Truth is on the Horizon)

Zero Gravity in Space? (Don’t Fall for It!)

What’s the Buzz About Royal Jelly?

Velcro and NASA
(A Ripping Yarn)

In 1957, the Soviet Union successfully launched the first artificial satellite, the
Sputnik.
This scared the heck out of the United States. So, in 1958, in response to the perceived threat posed by the Soviet Space Program, the US President Dwight D. Eisenhower set up the National Aeronautics and Space Administration (NASA). NASA was given a mandate to ‘pioneer the future in space exploration, scientific discovery and aeronautics research’—to boldly go you-know-where.

NASA was extraordinarily successful. NASA got us to the Moon and sent successful probes to most of the planets in the solar system. It pioneered the use of spacecraft to look back at our little Blue Planet, and to make very precise and useful long-term measurements.

But NASA also did lots of non-space-related, space-age research. These spin-offs include cordless vacuum cleaners, space-age lubricants, programmable heart pacemakers, heated goggles, unsinkable life rafts, fireproof fabrics and foam, and even VHT TrackBite, a heat-resistant gloop that is laid on racetracks to provide better grip for the tyres.

In 2008, NASA had their well-deserved 50th anniversary celebrations. In all the hype of the celebrations, various news media trotted out the claim that ‘NASA invented Velcro’. Velcro™ is that hook-and-loop, two-sided fabric fastener which pulls apart with a distinctive ripping sound.

In the 1996 movie
The Island of Dr Moreau
, it is mentioned that Dr Moreau received the Nobel Prize for inventing Velcro. In the 1997 movie
Men in Black
, K mentions in passing that Velcro was an alien invention. And in the 2002 ‘Carbon Creek’ episode of
Star Trek Enterprise
, Velcro was supposedly given to Earthlings by Vulcans who crash-landed here in 1957.

NASA has contributed to the invention of many things, but Velcro is not one of them.

Nope, Velcro was invented by the Swiss aristocrat (and engineer, or maybe mountaineer) Georges de Mestral, who was born in 1907. (I should point out that his story has been retold so many times that it suffers from the Chinese Whispers Syndrome, and so many of the details have changed in the retelling. For example, his name is given as George/Georges DeMestral/de Mestral/de Mertral, depending on your references. However, I have used the version that I believe is the most credible.) Georges was a gifted child, obtaining his first patent at the age of 12, for a model aeroplane.

In 1941 (or 1948, or the early 1950s, depending on whom you read) he went for a walk in the Alps (or the local woods) with his
Irish Pointer (or sometimes, by himself). It was the mating season for the burdock—a large herb-type plant belonging to the daisy family. After the burdock is fertilised, its hook-bearing flowers turn into woody burrs (also called ‘cockleburs’). These woody burrs are perfectly evolved to cling to passing animals or birds, so that the seeds can be widely dispersed. After Georges returned from his walk, he noticed that his trouser legs—and his dog’s coat—were covered with these burdock burrs.

Instead of getting annoyed, he got scientific and examined the burrs under his microscope (yes, every home should have one). He saw that each burr had a myriad of tiny hooks. It was these hooks that had fastened onto the loops of thread in his clothes, and the loops of the coiled hairs in his dog’s coat.

He then realised that, potentially, this was a really neat way to fasten clothes. But it took him eight years of research and experimentation to develop this simple idea into a commercial product.

Georges de Mestral first called it ‘locking tape’. The name Velcro came later. Even though it was first made from nylon, ‘nylon’ is not incorporated into its name.

Velcro is derived from the first syllables of two French words –
velours
(meaning ‘velvet’, chosen purely because de Mestral liked the sound of the word) and
crochet
(meaning ‘hook’).

How It All Began

Velcro was invented by the Swiss aristocrat (and engineer, or mountaineer) Georges de Mestral, who was born in 1907.

(both drawn through the eyes of a kindergarten student) 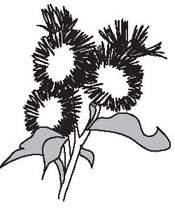 Circa 1941, Georges took his dog for a walk in the Alps (or the local woods). It was the mating season for the burdock – a large herb-type plant, which belongs to the daisy family. After the burdock is fertilised, its hook-bearing flowers turn into woody burrs (also called ‘cockleburs’). These burrs are perfectly suited to clinging to passing animals, birds, or even Georges and his dog, so that the seeds can be widely dispersed.

Lyon in France to make them. In one early breakthrough they realised that they could make ‘hooks’ by cutting the ‘loops’ in half. Together they managed to make strips of cotton fabric that had tiny hooks on one strip of fabric and, on the other, matching tiny loops for the hooks to grip onto. The two strips of fabric stuck together, but only for a short time. The grip between the hoops and the loops rapidly weakened with repeated use, because the cotton fabric was too weak and the hooks began to break in increasing numbers.

His research led him to test fabric strips of plain nylon, then thicker nylon, and then nylon with added polyester. He finally got the Velcro mix right with a nylon/polyester combination strengthened by heat-treating it under infrared lamps. By the mid-1950s (or 1951) de Mestral’s first patents for Velcro were granted, and he began to branch out overseas. By the late 1950s, his invention was being praised in US newspapers as the ‘Zipperless Zipper’. A lot of Velcro was being made—about 60,000 km in the late 1950s.

The tearing noise that Velcro makes as it unpeels can be a plus (to warn that a pickpocket is trying to steal your wallet) or a minus (a soldier trying to move silently in enemy territory). There is a military version of Velcro that is 95% less noisy, but the details of its manufacture are classified.

On the minus side, Velcro can stick to some fabrics, and its hooks can gather unwanted fur, dust and hair. But on the plus side you can use this ‘accumulation’ property to remove tissue paper, cloth pile balls and dog hair from clothing.

Hooked up in the Loops

It took Georges de Mestral eight years of research and experimentation to develop this simple idea into a commercial product. He needed ‘hooks’ that would stick to ‘loops’.

Georges realised that the hooks of the burrs had fastened onto the loops of thread in his clothes, and the loops of the coiled hairs in his dog’s coat. This revelation formed the idea of Velcro for Georges.

Unfortunately, while de Mestral’s early Velcro was very functional, it did not look very fashionable. He had originally hoped that his Velcro would be used everywhere—in suits to replace buttons, in shoes to replace laces, and so on. But this did not happen, because while Velcro attracted the reputation of being useful, it was lacking in style. This hindered its acceptance into the world of fashion.

But in the weightless world of Outer Space, it was a different story. Velcro got its first major public exposure in NASA’s Space Program. Velcro was used to attach food pouches to walls, notepads to astronauts’ legs, and even to attach astronauts’ bodies to the spaceship wall for sleeping. Indeed, each space shuttle uses about a quarter of a kilometre of Velcro. It’s even stuck inside astronauts’ helmets, so that they can tilt their heads to scratch their noses against it.

Veganist: Lose Weight, Get Healthy, Change the World by Kathy Freston
Before It Breaks by Dave Warner
Shadows by Paula Weston
A Little Taste of Naughty (A Shattered Lives Short) by Blakeley, Rissa
fate of the alpha - episode 2 by tasha black
El caballo y su niño by C.S. Lewis
Brocreation by Ashley Rogers
Badge of Honor by Carol Steward
Black Queen by Michael Morpurgo
A Dead Man in Tangier by Michael Pearce