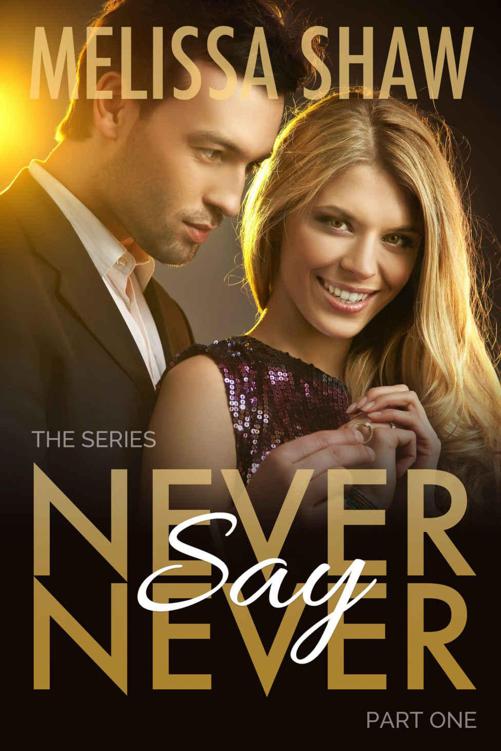 Emily McDonald is tired of being a New York stripper. Hiding a nasty incident and determined to get her old life back, she’s focused on making the money she owes the slush-for-brains bouncer at the club, Big Nick. But opportunity – and anxiety – presents itself in the form of Chase Newman, who reminds her what passion and trust are about. In spite of her hidden past and a deep-seated mistrust for men, Emily falls for him head-over-heels style. She doesn’t want to, but damn, this guy is fine as hell.

Emily clings to the pole and her fear of men, even though Chase is nothing but a gentleman. She tries desperately to push him away, while balancing her ambitions and avoiding Big Nick’s groping hands at the club. The more she trusts, the more she freaks the hell out, but she can’t help being drawn to Chase’s protective side. Pity really, when a woman from his past crashes into their lives with a shocking revelation which could tear everything apart.

I Need Your Help

To my loved ones. Thanks for believing in me.

His grip was iron on her throat and the low thump of music in the strip club matched the pounding of her heart.

“I’m not your cheap whore.” Emily stared him in the eye, not backing down.

“Shoulda thought of that before you took up the habit, girl.” Big Nick flexed his biceps and brought his face closer, inches from hers. There was a sheen of sweat on top of his bald head, and drips of it ran down onto his cheekbones.

“I don’t take coke anymore, Nick.” She’d kicked the habit as soon as she’d realized it wasn’t dulling the pain or wiping out the memories. It made it worse.

“Cry me a river, girly, you still owe me a chunk of change and I want it. Or else.”

“Then you’ll have to pay me in other ways.” He stuck out his slimy tongue and licked her neck, that sour breath whistling in her ear.

Emily pushed back hard and the door groaned in protest. Pink lights outlined the mirror above the dressing table, casting a rose light on their reflections.

“Get off me, you disgusting pig.” He was a bouncer at the club and he watched her day and night, whenever she had a shift. The fear had built to breaking point now. She was a cornered dog, ready to strike.

“What did you say?” Big Nick squeezed tight and her breath came in ragged gasps. Heat built in her brain, overwhelming her defiance with fear.

“Gerrof.” Emily choked it out.

“Not till I get a taste.” He nipped her flesh hard, and she beat against his arms with all her might. Horror pumped through her veins, replacing oxygen, intoxicating her with fear and loathing.

“Kay.” The word squeaked with the last bit of air in her lungs.

“I need time to come up with the money.” Air had never tasted this sweet, but she didn’t savor it for long. “I need time, okay?”

No shit. But what else could she do? She didn’t have the cash and she sure as hell wouldn’t make it on a night in the strip club. Drug habits were expensive. Emily studied him: his leather jacket, the ring in his nose, the beginnings of a beard and the yellow smoke-stained teeth.

He was everything she didn’t want to be.

“Look, I can make it up to you, I need a couple weeks to get it together.”

“A couple weeks? Keep dreaming, slut. You’ve got a week.” He raised his index finger, that was stained with yellow too, and held it close enough that she could smell the off-sweetness of tobacco.

“I can’t do it in that time, Nick. Be reasonable.” She didn’t want to beg this freak, this big slab of a man with nothing but a cock for brains. Much like most of the men she’d encountered in the years since she’d… Emily shook her head and swallowed. Couldn’t think of that now.

“You have one week and after that,” he paused and grabbed a handful of her ass cheek, “your ass is mine.”

“Fuck you.” She spat it and strands of spittle met his pasty complexion turned pink. She was sick of men misusing her.

Big Nick raised his arm and formed a fist. “You’re gonna regret that.”

The crowd of men on the other side of the door applauded and the music changed.

“And now, give a warm’ n’ wet welcome to The Tease’s very own all-star beauty, Candy Lane!” The sleazy announcer’s voice pierced their conversation. It was the last dance of her shift.

“That’s me.” She was mesmerized by his skew knuckles, broken on the jaws of the unruly patrons of the club, and there were a lot of them.

Big Nick pulled his fist back and glowered at her below Neanderthal eyebrows.

The chanting and cheering outside reached climax. That fist didn’t move, but Emily readied herself for the impact. It wouldn’t be the face; he could get in trouble for that. Too obvious.

Big Nick dropped his fist, grimaced and backed off a few steps, to brace himself against the countertop strewn with lurid make up and glitter-spangled bikini tops.

Emily didn’t wait for him to ‘dismiss’ her, she turned and crashed out of the dressing room, then rushed up the three stairs which led directly onto the stage and the catwalk.

Unfortunately, the show had to go on.

Emily pranced onto the catwalk and signaled to the DJ. He gave her the thumbs up and punched a few buttons. Beg For It by Iggy Azalea blasted through the speakers.

She moved down the walkway, swaying her hips in time with Iggy’s monotone whine, towards the gathering of men surrounding the pinnacle of the stage. The pole waited, gleaming in the flashing lights. The beat thrummed in the dim smoke-filled room.

The dancing part was great but the men, the nakedness, that sucked.

“Ass shaking like I’m nervous,” she mouthed it along with the song and turned around, then bent over and followed the lyrics like instructions. The men jeered and howled and she glanced back at them between her legs.

They held up dollar bills and splashed beers and whiskeys on each other in their haste to move closer to the stage.

She wanted to get the last dance done and go home to the relative safety of her crappy apartment. Her throat was still sore from Nick and she had to figure out how to get rid of him. She didn’t have the money, but she wanted the debt gone, and sleeping with that disgusting creature was out of the question.

“Hey baby!” A man in a smart pinstriped suit waggled a clump of bills in the air above his head.

Emily ignored him and grasped the pole. She wrapped her right leg around it and swung in circles until her butt hit the floor, then arched her back and used both hands to pull herself upright.

She stood and dipped down low again, presenting herself for the oglers’ pleasure.

Nausea sat in the pit of her belly. It was like that every shift: the dancing and then the nausea to accompany it.

“Baby, come here,” the guy in the suit yelled above the music.

Emily walked in the opposite direction, got on her knees and writhed in front of the patrons. A fat guy in a The Simpsons T-shirt stuck ten dollars in her glittery thong and her gaze slid past his to the digital clock on the wall above the DJ’s booth beside the exit.

Big Nick was there, smirking at her, thumbs tucked in his belt loops.

Emily crawled away along the edge of the stage, avoiding the bald bouncer.

How was she going to get the money?

The question multiplied in her brain, consuming her. She wiggled her breasts and whipped her nipple tassels off, then flung them off the stage. The man in the suit tried to catch it but missed and keeled over instead, sloshing beer down his front.

“Shit!” He yelled and grabbed a waitress nearby. “Bring me another beer.”

“I think you’ve had enough.” The brunette with the tray, Brittany, judged him with disdain.

“What the hell? What am I paying you for? Go get me another beer. Now.” The sentences slurred into paragraphs and he stumbled upright. This wouldn’t end well. It was a scene most of the girls were used to; it came with the territory in a strip club. Where there were half-naked women shaking their bits, there were sleazy men aching to start fights.

It was probably that pent up arousal.

“Sir, please sit down or I’ll be forced to call security.” Brittany held the drinks deftly in her right hand and used the other to push him backwards.

He fell back into his chair with an ‘oof’ and his expression turned from irritation to fury. “You – ”

The music changed to Angel by Massive Attack, and the deep pounding rhythm vibrated through her. The last dance had ended, but the owner made the stripper on stage stay until another had arrived to replace her.

Emily crawled closer to the drunk, rolled onto her back in front of him and lowered her head over the side of the stage. She caught the drunk’s attention and pouted her lips. Brit gave her a silent ‘thank you’ and sped off before he could scream at her.

“You’re gorgeous.” The sincerity took her aback and the fact that his stare met hers and didn’t wander to her bare breasts. Oh wait, there it went. “Good God.”

Strands of Emily’s long blonde hair fell across her forehead and she blew upwards to blow them off.

“And now, a blast from the past, wearing her favorite cowgirl outfit, Miss Scarlet Knickers!” The men clapped Scarlet onto the stage, and she pranced in carrying two plastic water guns and wearing cutoff jean shorts which didn’t cover her ass.

The guy with suit and the perfect jawline leaned in. “Give me a lap dance.”

He was incredibly attractive, but he was a jerk. Typical.

Big Nick hadn’t moved from his spot beside the door yet. Was he waiting for her to get off work? Her muscles went taut and she slithered backwards.

The jerk leapt to his feet and grabbed her left breast.

“What the hell?! Get off me.” She yelled it at the top of her lungs and the other men surrounding the stage snapped to attention.

“Relax, woman, this is what you’re paid for.” He flicked her nipple. Shock and horror guttered through her, drowning out her initial – and fleeting – attraction to him.

She didn’t want to do it. There was nobody else to call. “Nick!”

In Death's Shadow by Marcia Talley
The Watchers by Stephen Alford
Cryptozoica by Mark Ellis
Wisdom Keeper by Ilarion Merculieff
One Fifth Avenue by Candace Bushnell
The Hinterlands by Robert Morgan
The Westerby Inheritance by M.C. Beaton
Kennedy's Last Days: The Assassination That Defined a Generation by O'Reilly, Bill
A Death in Sweden by Kevin Wignall
Rest For The Wicked by Cate Dean