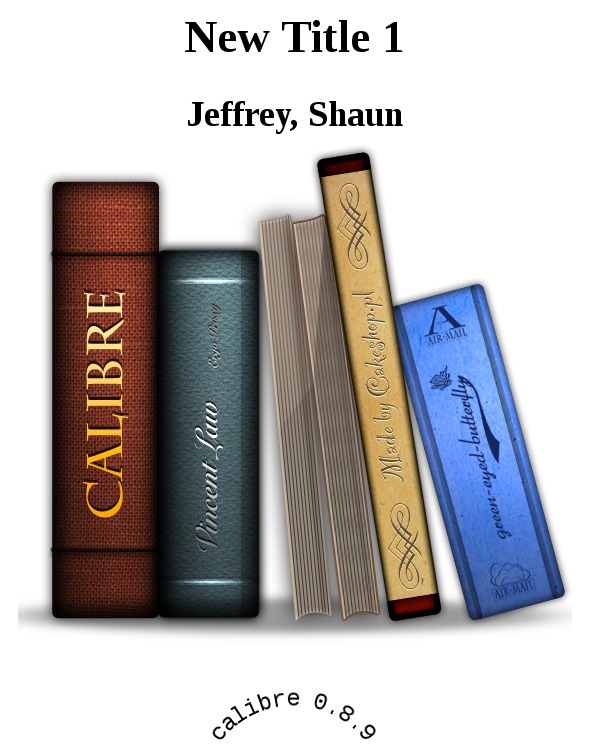 This
ebook
is licensed for your personal enjoyment only. This
ebook
may not be re-sold or given away to other people. If you would like to share this book with another person, please purchase an additional copy for each recipient. If you’re reading this book and did not purchase it, or it was not purchased for your use only, then please return to Smashwords.com and purchase your own copy. Thank you for respecting the hard work of this author.

This novel is for Deb. My rock.

The letter arrived as innocuously as any other, announced by the sprung letterbox which snapped shut like a mantrap with a resounding metallic crack – Chase Black always imagined the postman and paperboy wincing whenever they had to deliver something to the house with the snapping letterbox.

She picked the letter up with the rest of the morning post and walked through to the dining room, where she dropped the letters on the table. Opening the curtains, she took in the bleak suburban view and then yawned, stretching her arms to try and shrug off the last vestiges of sleep.

Since being made redundant, life had become monotonous, a mundane carousel of television and comfort food. She rarely got out of bed before
noon
; rarely went to bed before
3 a.m.
, existing in the hours of the insomniac. She had only risen early this morning because sleep eluded her. She wondered where her life had gone wrong.

To kill the silence, she switched on the radio – just catching the end of a Limp
Bizkit
track – and turned her attention to the highlight of her day: the morning mail. Most of the letters were bills, which she threw aside. She knew she would have to pay them, especially as some of them were red letters, but she liked to leave it to the last minute, as though in a final act of defiance. Recognising her own handwriting, she knew that one of the letters was a reply to a job she had applied for and she opened it with an excited flutter in her stomach. Perhaps this would be the one.

But the anticipation soon turned to a sickly feeling – the position had already been filled and she silently cursed the company for wasting her time by advertising a non-existent job. They hadn’t even given her a chance. How many jobs had she applied for now? One hundred? Two hundred? However many it was, she had only received a handful of replies, and out of the handful she had only secured three interviews. All unsuccessful.

The elegant Gothic handwriting and crisp white envelope of the last letter caught her attention. Curious, her chocolate coloured eyes sparkled as she examined the envelope, turning it this way and that, delaying the moment of opening to prolong the anticipation. Even though she was twenty-five years old, she still got the same feeling on Christmas morning. Now she only hoped the letter wasn’t junk mail in pretty packaging, a postal Trojan horse designed to entice.

Who could it be from? Feeling a tingle of excitement, she slid her long nail along the gummed flap and tore it open, quickly pulling out a single sheet of paper that sliced through her finger like a razor.

“
Shit
...” She winced, leaving a smear of blood on the paper as she started to read:

It is with great pleasure that I am writing to inform you that your entry into the Dream House competition has been selected as the winning entry. A representative of Storm will call on you on Saturday, 27th of July at
9.00 a.m.
to drive you to view your prize, High Top Cottage, a picturesque period house of great charm and character, overlooking the
village
of
Paradise
in Staffordshire. The viewing will necessitate staying over, so can you please keep this in mind when thinking what to bring in the way of clothes and toiletries.

She’d entered a few in the past, but she was sure none of them were for a house.

It must be a joke, but she failed to find it funny.

The heading on the paper read: Storm Enterprises,
P.O. Box 296
,
London
. There was no telephone number.

She suddenly wondered if it had been delivered to the wrong house. Wasn’t it illegal to open someone else’s mail? She checked the name and address on the envelope. But no, thankfully it was addressed to her, so she hadn’t broken the law. She frowned. Having never won anything in her life, not even a pound on a scratch card, she didn’t think she was going to start now, especially with something like a house.

Staring out of the window at the depressing urban street of terraced houses, she wished she really had won a house.

She ran a hand through her unruly short brown hair, but it still appeared as though a demon barber had struck during the night. Her pretty features had a pixie-like quality that could be mistaken for impishness, and she had a wicked sense of humour, but she failed to find anything funny about the letter.

A couple of the buildings over the road had been boarded up after being burnt by teenage arsonists; vandals daubed others with graffiti, marking their territory like dogs. The area had not always been like this, but it had slowly deteriorated and her house was now way beyond negative equity – you couldn’t give it away. At one time the houses would have been the first rungs on the homeowners’ ladder; now they were the impoverished dwellings of those resigned to a life of unemployment and drudgery. The only people who lived here were forced to by monetary circumstances or by the council.

When the sun went down, it just got worse. Gangs of teenagers gathered on corners and in doorways, the night their domain as they smoked cigarettes and swigged bottles of beer, the smashed bottles sparkling like diamonds on the floor; broken dreams.

Roberta’s Wine Bar was virtually deserted; its chrome fittings and neon lights made it look like the set from a science fiction movie.

“Of course I don’t believe it, Jane. I’ve never won anything in my life, never mind bloody High Top Cottage.” Chase let the name linger on the tip of her tongue, savouring it before complementing the taste with a mouthful of wine. If only it were true. “You didn’t really think I’d fall for your joke, did you?” She reclined in her seat and smiled, waiting for Jane to burst out laughing.

Jane brushed a strand of long black hair from her face. Her
Caribbean
roots gave her a sultry, exotic appearance that Chase envied. At six feet tall, Jane also had five inches on Chase, and as Chase knew, size does matter. Where Jane looked like an Amazonian warrior, Chase felt like one of the seven dwarfs. She wasn’t unattractive, but she felt she looked plain when Jane was with her. Men always noticed Jane, which would be fine if she wasn’t gay. When they found out, they would either try harder in the misguided belief that they could
convert
her, or they scurried off, tails between their legs. Either way, Chase was ignored as they assumed she was Jane’s partner.

“Not guilty, sugar,” Jane said in her
Caribbean
lilt. She took a sip of wine, her purple latex top stretching over her ample charms like a bizarre second skin.

Although Chase didn’t want to believe her, she did. The one thing Jane couldn’t do convincingly was lie. But if it wasn’t Jane, then who was it?

Gazing out of the window, she absently noticed a man leaning in the doorway of the house over the road. He was staring at the wine bar; Chase felt he was staring right at her and the hairs on her neck prickled. A lorry trundled past, and when it had gone, so had the man.

Up until now she had assumed the letter was a joke. But after talking to Jane, she was beginning to wonder; perhaps even secretly hope. But she still couldn’t bring herself to get excited. Things like this didn’t happen to Chase Black.

Then it would be her first bit of good luck in ages. First, Mat had dumped her after six years, with no explanation bar a hastily scribbled note pushed through her letterbox (she hoped it had bitten him), announcing he was going away ‘to sort his head out,’ and it would be better, in the circumstances, to stop seeing each other. He had become moody and taciturn before disappearing, and their lovemaking, when it occurred, had become more urgent, but she had just put it down to stress. Although they had never officially moved in together, Mat stayed at her house whenever he wasn’t working away, so bar the piece of paper they were as good as married (she had often practised using his surname in her head to see if it felt right: Chase Underwood, and she did think it had a certain ring to it). But then on top of Mat disappearing she had lost her job as an administrative assistant in a car manufacturing company that was ‘down sizing’ to revive a flagging share price. But didn’t luck, good or bad, always come in three’s? So where was piece of bad luck number three? Could she really dare to hope that her luck was changing?

“So where is it again, this house?” Jane asked.

“Well, I looked for it on a map but I couldn’t find it. The place doesn’t seem to exist.”

“Just because it’s not on a map, it doesn’t mean it doesn’t exist. Perhaps it’s too small to put on. Let me have another look at that letter.”

Chase passed her the letter.

“It’s a bit obscure isn’t it?” Jane turned the piece of paper over, as though looking for more writing. “You’d have thought they would have put a phone number on so you could ring to confirm.”

Baby, It's Cold Outside by Merline Lovelace, Jennifer Greene, Cindi Myers
Violet (Suitors of Seattle Book 7) by Kirsten Osbourne
Sherlock Holmes by James Lovegrove
Recipe for Attraction by Gina Gordon
Ecstasy Untamed by Pamela Palmer
Miracle Beach by Erin Celello
Damiano's Lute by R. A. MacAvoy
The Rental by Rebecca Berto
Thank You for Your Service by David Finkel
Ugly Girls: A Novel by Lindsay Hunter