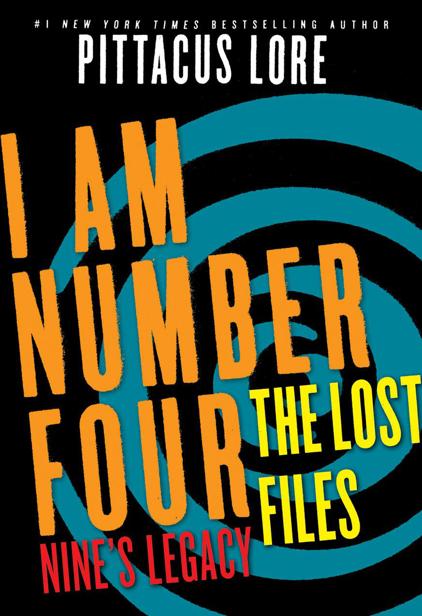 I Am Number Four
The Lost Files

An Excerpt from I Am Number Four: The Lost Files: Six’s Legacy

There are rules for hiding in plain sight. The first rule, or at least the one that Sandor repeats most often, is “Don’t be stupid.”

I’m about to break that rule by taking off my pants.

Spring in Chicago is my favorite season. The winters are cold and windy, the summers hot and loud, the springs perfect. This morning is sunny, but there’s still a forbidding chill in the air, a reminder of winter. Ice-cold spray blows in off Lake Michigan, stinging my cheeks and dampening the pavement under my sneakers.

I jog all eighteen miles of the lakefront path every morning, taking breaks whenever I can, not because I need them, but to admire the choppy gray-blue water of Lake Michigan. Even when it’s cold, I always think about diving in, of swimming to the other side.

I fight the urge just like I fight the urge to keep pace with the neon spandex cyclists that zip past. I have to go slow. There are more than two million people in this city and I’m faster than all of them.

Still, I have to jog.

Sometimes, I make the run twice to really work up a sweat. That’s another one of Sandor’s rules for hiding in plain sight: always appear to be weaker than I actually am. Never push it.

It’s dumb to complain. We’ve been in Chicago for five years thanks to Sandor’s rules. Five years of peace and quiet. Five years since the Mogadorians last had a real bead on us.

So when a sudden vibration stirs the iPod strapped to my upper arm, my stomach drops. The device isn’t supposed to react unless trouble is near.

I take just a moment to decide on what I do next. I know it’s a risk. I know it flies against everything I’ve been told to do. But I also know that risks are worth it; I know that sometimes you have to ignore your training. So I jog to the side of the runner’s path, pretending that I need to work out a cramp. When I’m finished stretching, I unsnap the tear-away track pants I’ve been rocking every jog since we moved to Chicago and stuff them into my pack. Underneath I’m wearing a pair of mesh shorts, red and white like the St. Louis Cardinals, enemy colors here in Chicago.

But Cards colors in Cubs territory are nothing to worry about compared to the three scars ringing my ankle. Baseball rivalries and bloody interplanetary vendettas just don’t compare.

My low socks and running shoes do little to hide the scars. Anyone nearby could see them, although I doubt my fellow runners are in the habit of checking out each other’s ankles. Only the particular runner I’m trying to attract today will really notice.

When I start jogging again, my heart is beating way harder than normal. Excitement. It’s been a while since I felt anything like this. I’m breaking Sandor’s rule and it’s exhilarating. I just hope he isn’t watching me through the city’s police cameras that he’s hacked into. That would be bad.

My iPod rumbles again. It’s not actually an iPod. It doesn’t play any music and the earbuds are just for show. It’s a gadget that Sandor put together in his lab.

The iMog has its limitations. It picks out Mogadorian genetic patterns in the immediate area, but only has a radius of a few blocks and is prone to interference. It’s fueled by Mogadorian genetic material, which has a habit of rapidly decaying; so it’s no surprise that the iMog can get a little hinky. As Sandor explains it, the device is something we received when we first arrived from Lorien, from a human Loric friend. Sandor has spent considerable time trying to modify it. It was his idea to encase it in an iPod shell as a way to avoid attention. There’s no track list or album art on my iMog’s screen—just a solitary white dot against a field of black. That’s me. I’m the white dot. The last time we tuned it up was after the most recent time we were attacked, scraping Mogadorian ash off our clothes so Sandor could synthesize it or stabilize it or some scientific stuff I only half paid attention to. Our rule is that if the iMog sounds off, we get moving. It’s been so long since it’s activated itself that I’d started to worry that the thing had gone dead.

And then, during my run a couple days ago, it went off. One solitary red dot trolling the lakefront. I hustled home that day, but I didn’t tell Sandor what had happened. At best, there’d be no more runs on the lakefront. At worst, we’d be packing up boxes. And I didn’t want either of those things to happen.

Maybe that’s when I first broke the “don’t be stupid” rule. When I started keeping things from my Cêpan.

I hazard a glance over my shoulder and have no trouble picking out which jogger is the Mog. He’s tall, with black hair shaved close to the scalp, and is wearing a thrift-store Bears sweatshirt and a pair of wraparound sunglasses. He could pass for human if he wasn’t so pale, his face not showing any color even in this brisk air.

I pick up my pace but don’t bother trying to get away. Why make it easy on him? I want to see whether this Mog can keep up.

By the time I exit the lakefront and head for home, I realize I might have been a little cocky. He’s good—better than I expect him to be. But I’m better. Still, as I pick up speed, I feel my heart racing from exertion for the first time in as long as I can remember.

He’s gaining on me, and my breaths are getting shorter. I’m okay for now, but I won’t be able to keep this up forever. I double-check the iMog. Luckily my stalker hasn’t called in backup. It’s still just the one red dot. Just us.

Tuning out the noise of the city around us—yuppie couples headed to brunch, happy tourist families cracking jokes about the wind—I focus on the Mog, using my naturally enhanced hearing to listen to his breathing. He’s getting winded too; his breathing is ragged now. But his footsteps are still in sync with my own. I listen for anything that sounds like him going for a communicator, ready to break into a sprint if he sends out an alert.

He doesn’t. I can feel his eyes boring into my back. He thinks that I haven’t noticed him.

Smug, exhausted, and dumb. He’s just what I’d been hoping for.

The John Hancock Center rises above us. The sun blinks off the skyscraper’s thousand windows. One hundred stories and, at the top, my home.

The Mog hesitates as I breeze through the front door, then follows. He catches up to me as I cross the lobby. Even though I’d been expecting it, I stiffen when I feel the cold barrel of a small Mogadorian blaster pressed between my shoulder blades.

Although I know he can’t hurt me while I’m protected by the Loric charm, I play along. I let him think he’s in control.

The Mog keeps his gun aimed at me as I hit the button for the 100th floor. I’m more nervous than I thought I’d be. I’ve never been alone with a Mog before. I remind myself that everything is going just as I planned it. As the elevator begins its ascent, I act as casual as I can.

The Mog grabs me around the throat and slams me against the wall of the elevator. I brace myself to have the wind knocked out of me. Instead, a warm sensation runs down my back and it’s the Mog who stumbles backward, gasping.

The Loric charm at work. I’m always surprised at how well it works.

“So you aren’t Number Four,” he says.

He eyes me, sizing me up, trying to intimidate me. I don’t know what the rest of the Garde are like, but I don’t scare that easy. I take off the iMog, laying it gently on the floor. If the Mog finds this unusual, he doesn’t let on. I wonder what the prize is for capturing a Garde. “I may not know your number, but I know you can look forward to a life of captivity while we kill the rest of your friends. Don’t worry,” he adds, “it won’t be long.”

“Good story,” I reply, glancing up at the elevator panel. We’re almost at the top.

I make sure to savor my words.

Before the Mog can react, I punch a series of buttons on the elevator panel. It’s a sequence of buttons that no one in the tower would ever have reason to push, a sequence that Sandor programmed to initiate the security measures he installed into the elevator.

The elevator vibrates. The trap is activated.

My iMog floats off the floor and, with a metallic clang, sticks to the back wall of the elevator. Before the Mog can blink, he’s flung backward too, pulled by the blaster in his hand and whatever other metal objects he might be hiding in his pockets. With a crunch, his hand is pinned between his blaster and the wall. He cries out.

Did he really think we wouldn’t have protected our home?

The powerful magnet Sandor installed in the elevator is just one of the fail-safes my Cêpan secretly built into the John Hancock Center. I’ve never seen the magnet work as intended before, but I’ve definitely screwed around with it enough. I’ve spent hours with the elevator door wedged open, the magnet on, trying to bounce nickels from across the penthouse and get them to stick to the walls. Like I said, things have been kind of boring lately.

Pink & Green is the New Black by Lisa Greenwald
Vicious by Olivia Rivard
Cornered! by James McKimmey
No One Heard Her Scream by Dane, Jordan
Pernicious by Henderson, James, Rains, Larry
Suspicion of Rage by Barbara Parker
A Disappearance in Drury Lane by Ashley Gardner
The Soldier's Baby Surprise (For the Baby's Sake, Book 1) by Morris, Stephanie
Cuba Straits by Randy Wayne White
Counterfeit Love by Julie Fison